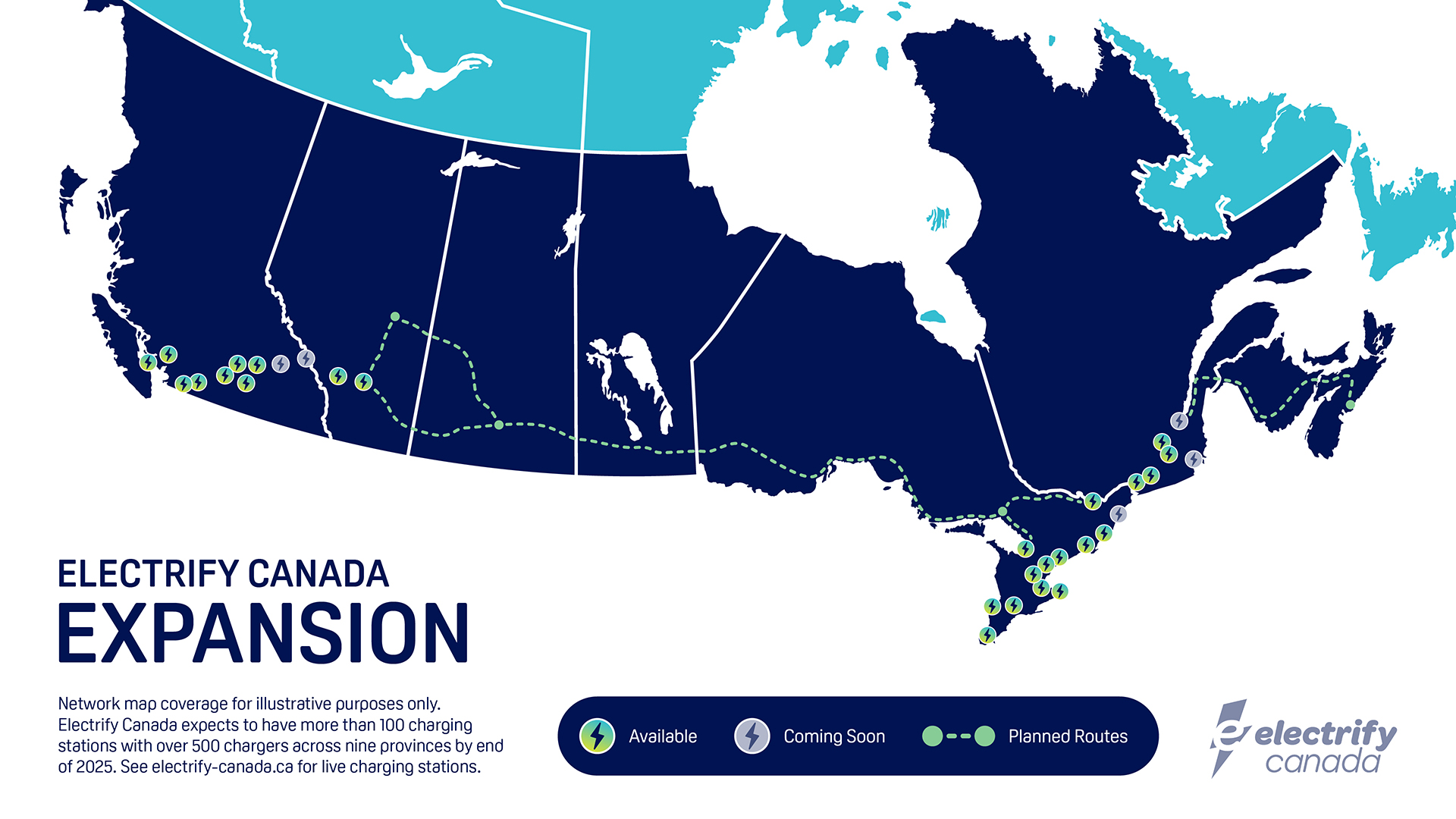 Charging your electric vehicle on the go is about to get a lot more convenient over the next four years.

Electrify Canada has announced that by the end of 2025, it plans to triple its current number of 32 electric car charging stations to more than 500 chargers spread over 100 locations across Canada.

Electrify Canada’s network will be expanded to nine provinces. The number of stations in British Columbia, Alberta, Ontario, and Quebec will see an increase, while several new stations will be added in Saskatchewan, Manitoba, New Brunswick, Nova Scotia, and Prince Edward Island. Ultimately, this will enable people with electric vehicles to travel all the way from Halifax, Nova Scotia to Victoria, British Columbia.

“The addition of more charging stations, combined with the ability to serve nearly all models of EVs on the market and offer the fastest speed available today, will help propel Electrify America and Electrify Canada in the pursuit of our mission in advancing the deployment of zero-emission vehicles,” said Giovanni Palazzo, president and chief executive officer at Electrify America, in a statement.

The expansion is part of a broader plan between Canada and the United States to install over 1,800 fast-charging stations and 10,000 individual chargers throughout the two nations by the end of 2025. This effort, according to Electrify, will expand the deployment of 150 to 350-kilowatt chargers, the beefiest ones available as of today.