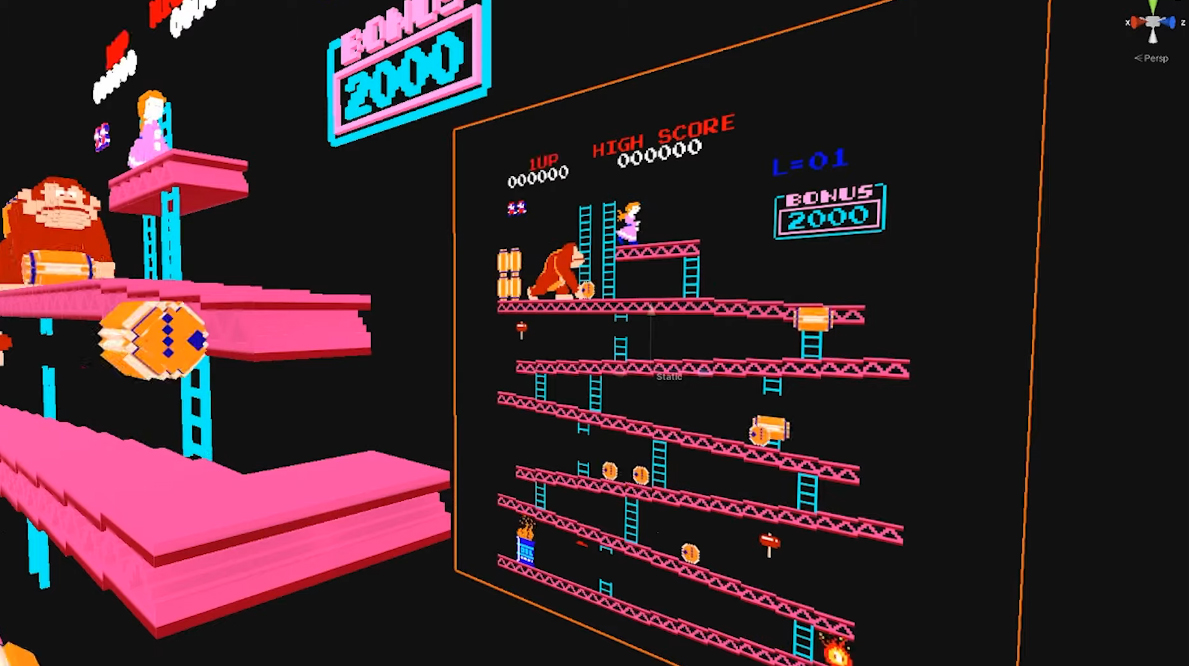 Donkey Kong, one of the most iconic arcade games ever release, is getting an unofficial virtual reality revamp.

Paul Nathan, a former member of NASA’s Johnson Space Center’s VR Lab, is working on his own VR version of the classic Nintendo title that works on the Oculus Quest 2. The VR rendition follows the same storyline as the original game. You get to play the game as Mario to try and rescue Pauline, formerly known as Lady, all while dodging barrels, fireballs and fighting Donkey Kong himself.

“Like a lot of people I have a love for classic games. There’s an old-school arcade I started going to back in college and I’d spend hours there. I wanted to see what a classic game would look like inside VR,” said Nathan in an interview with VR Scout. “Unlike other popular arcade titles Donkey Kong has interactions that translate well into VR.”

Nathan used the Unity game engine to convert the 2D arcade game into a 3D VR environment while trying to figure out the mechanics. To run, you simply push the Quest thumbstick forward or backward while leaning in the direction you want Mario to move. To jump, you push the thumbstick in. Though real-life jumping is not required, it can give the game a realism boost all while helping you reach your cardio goals. For climbing and descending ladders, you simply move your hands down and up, respectively.

While the idea of a VR Donkey Kong game sounds super interesting and a recipe for success, Nathan’s game won’t be released for the world. “As much as I’d like to make the game publicly available, Nintendo is notorious for shutting down fan games,” said Nathan. He jokingly adds, “If Nintendo ever wanted to hire me to work on an official title I’d be honoured!”

Check the video below to learn more about Nathan’s project: