It will reportedly sport 2021's "latest flagship" CPU, which could mean the Snapdragon 888 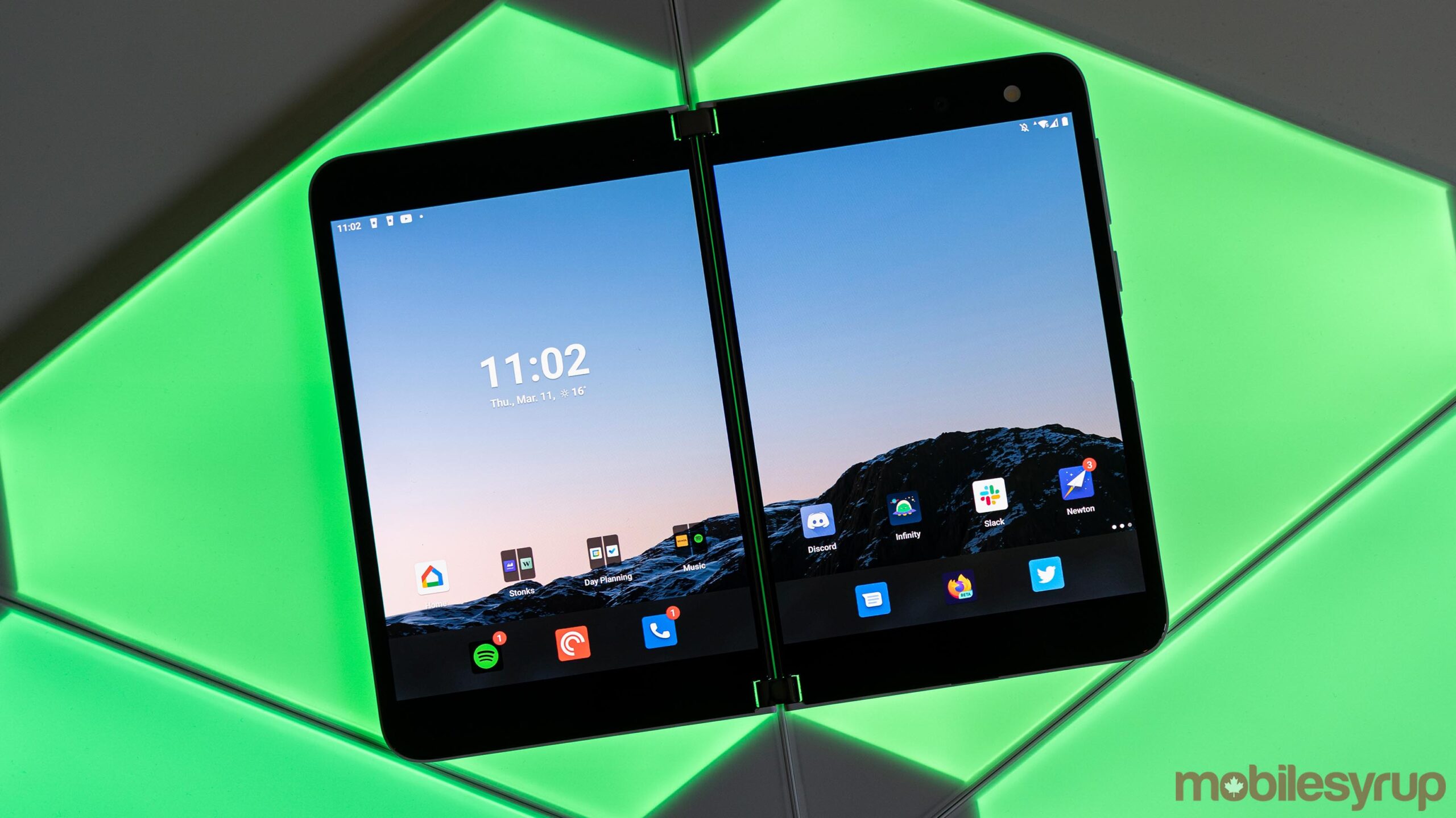 Rumours indicate that Microsoft is working on a Surface Duo 2 with a faster processor, better camera and more. Microsoft’s new Surface Duo could launch as early as this fall, possibly in September or October.

The news comes courtesy of Windows Central, which published details about the device based on information received from sources. For example, the Surface Duo sequel (it’s not clear if Microsoft will call it the Duo 2 or give it another name) will likely ship with Android 11 out of the box.

Further, the device could ship with the “latest flagship [system on a chip] for 2021,” which should mean the Qualcomm Snapdragon 888. In other words, the Surface Duo 2 will arrive with a competitive processor, unlike last year’s Surface Duo which shipped with the already old Snapdragon 855. Further, if the Duo 2 uses the 888, that should also mean it will support 5G.

It’s also possible that shipping the Surface Duo 2 with higher-end components like the Snapdragon 888 could also raise the price. It’d be a shame to see the price pushed higher considering the original Surface Duo launched with arguably sub-par parts and still cost as much as a typical Android flagship.

The Duo 2 may also get a much-improved camera system and external camera array to complement the internal camera. The external camera would likely including a bump. Beyond that, the design may stay the same, but with slightly larger displays.

All in all, the changes sound promising. Microsoft’s original Surface Duo did have a lot of potential — unfortunately, issues stemming from buggy software, underpowered hardware and a poor camera system kept it from hitting that potential. A markedly improved Surface Duo 2, however, could be a real winner for mobile productivity fiends.