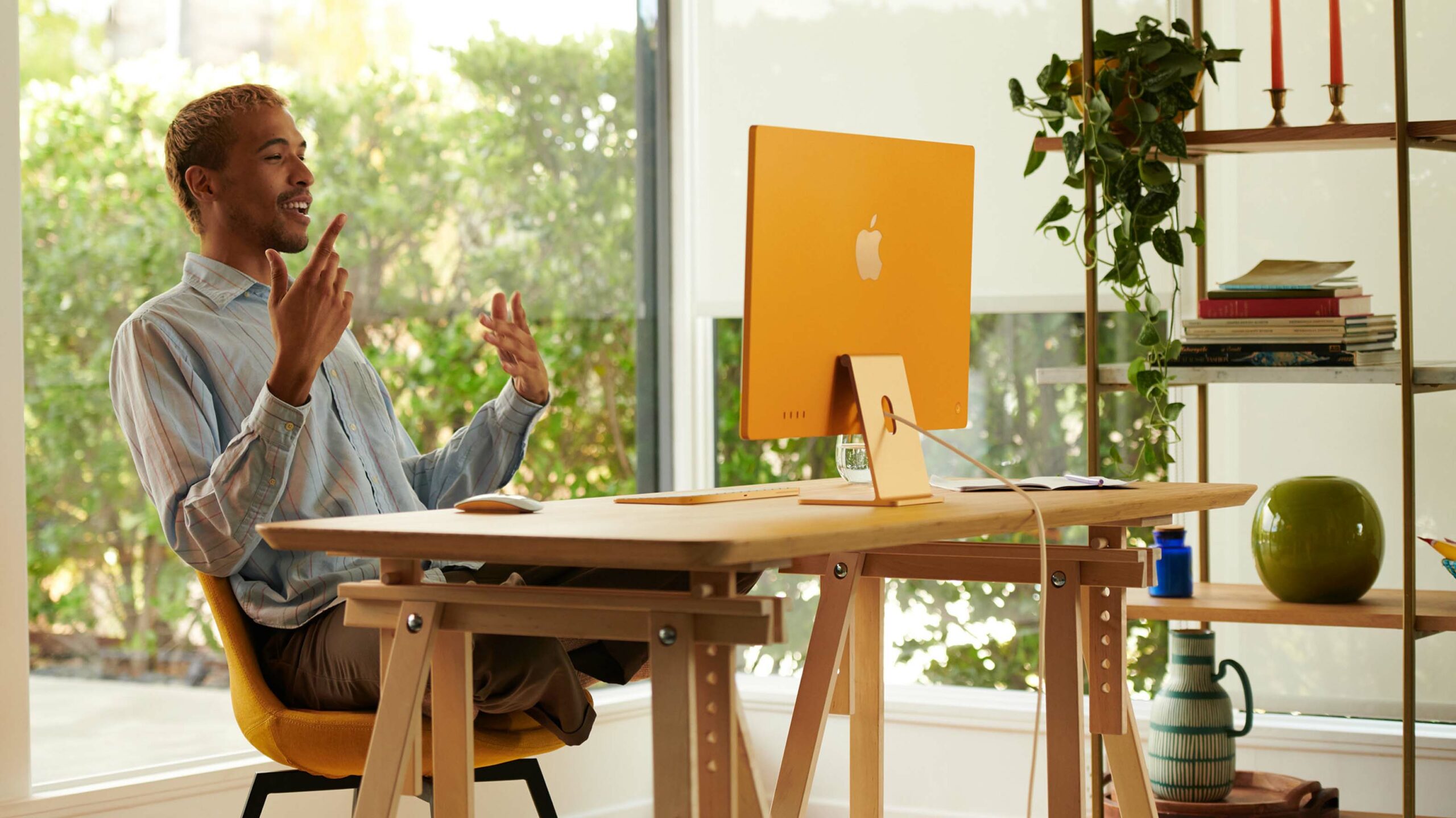 During the announcement, Apple touted the new iMac as being closer to its vision of a computer than ever before. Thanks to the new M1 chip included in the desktop, Apple was able to significantly shrink the size of the iMac — it’s just 11.5mm thick. 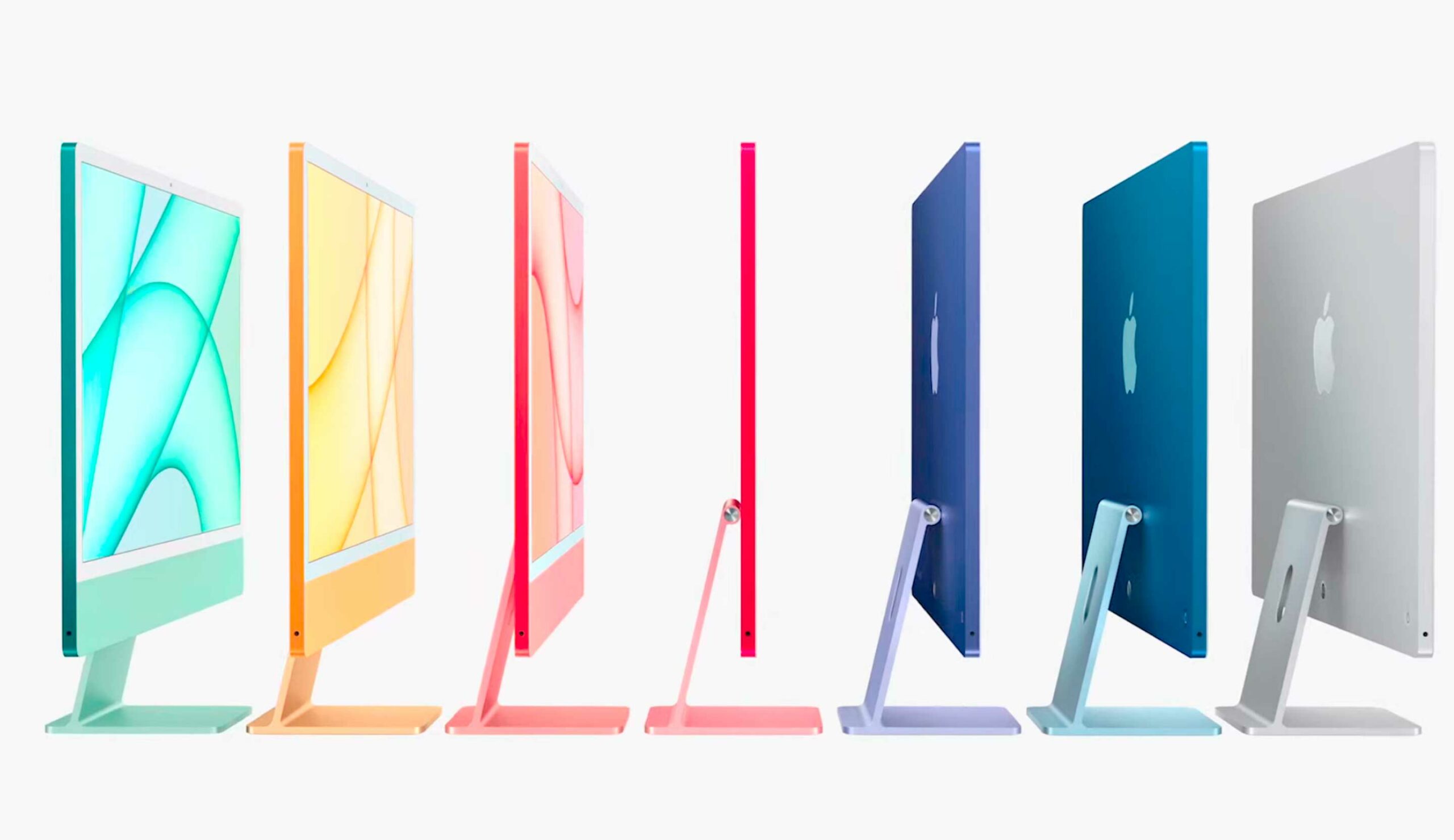 As an example, Apple showed off an internal breakdown the system to compare the old iMac logic board with its CPU, GPU and thermal system to the new, smaller logic board and M1 chip. In part, this is due to the M1 being a system-on-a-chip (SoC), meaning the CPU, GPU and other components are contained on one chip and take up less space compared to, say, the old system with a separate CPU and GPU.

The other benefit here is the reduced thermals. Apple showed off the M1 iMac’s thermal system, which looks almost like what you’d find in a laptop. With just two small fans, Apple says it’s able to keep the system cool. Plus, the fans are super quiet — Apple says they emit under 10 decibels of sound. 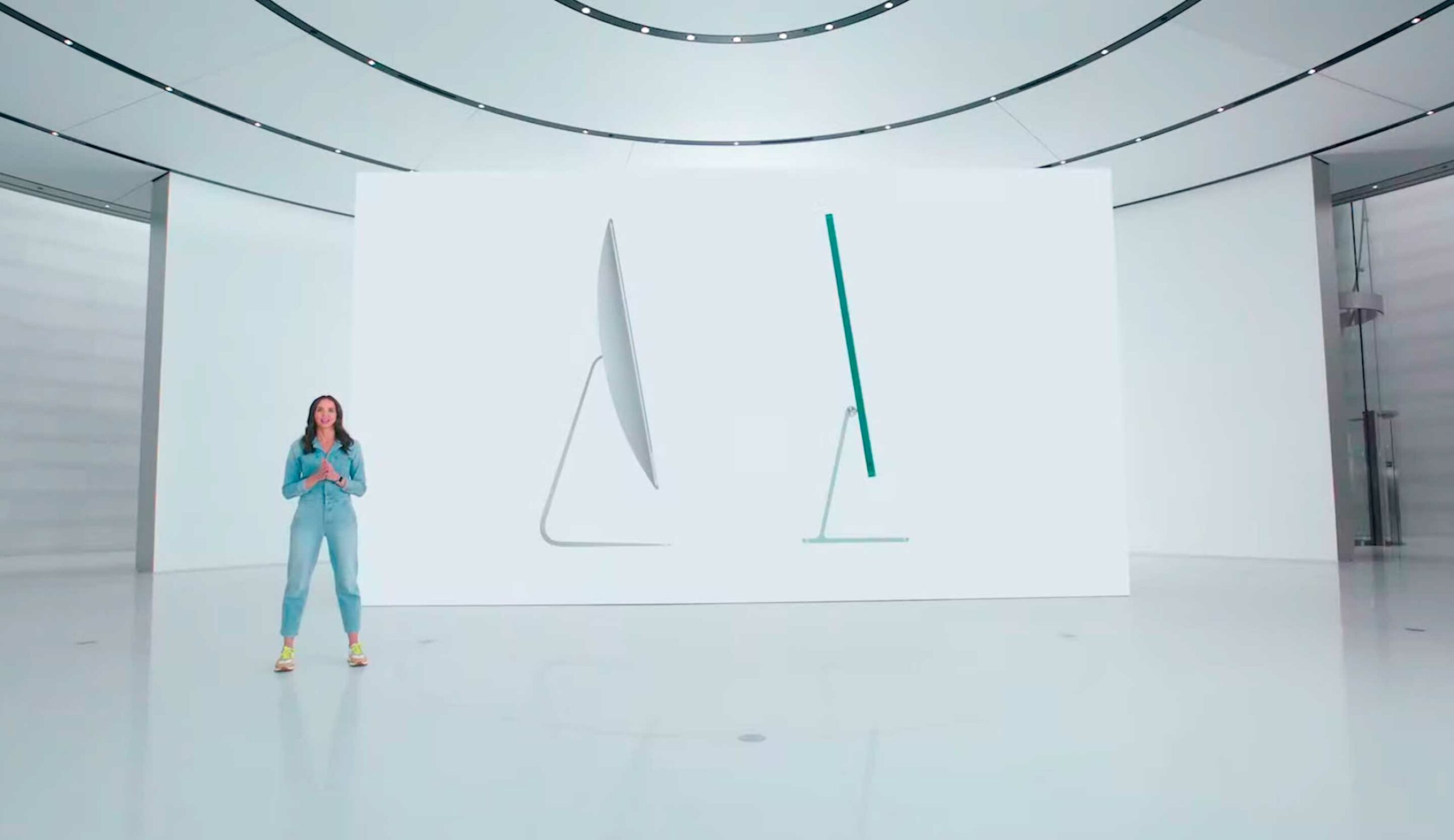 Thermals aside, Apple says the M1 performs up to 85 percent faster than past Macs.

The iMac’s M1 also has up to two times faster graphics performance and is up to 50 percent faster than the discrete graphics options available in the 21.5-inch iMac. 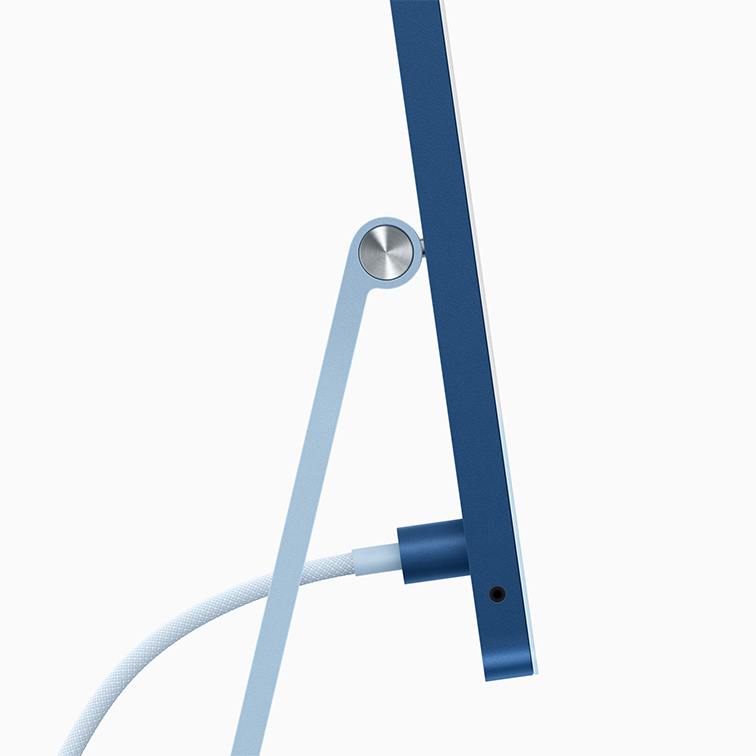 Around back, the iMac sports four USB-C ports, two of which are also Thunderbolt 4. As for the power connector, it’s a new magnetic plug that pushes the adapter down the line, so you can keep your desk uncluttered.

Plus, the adapter features ethernet if you need to plug in your iMac to the net. For those using Wi-Fi, the new iMac supports Wi-Fi 6. 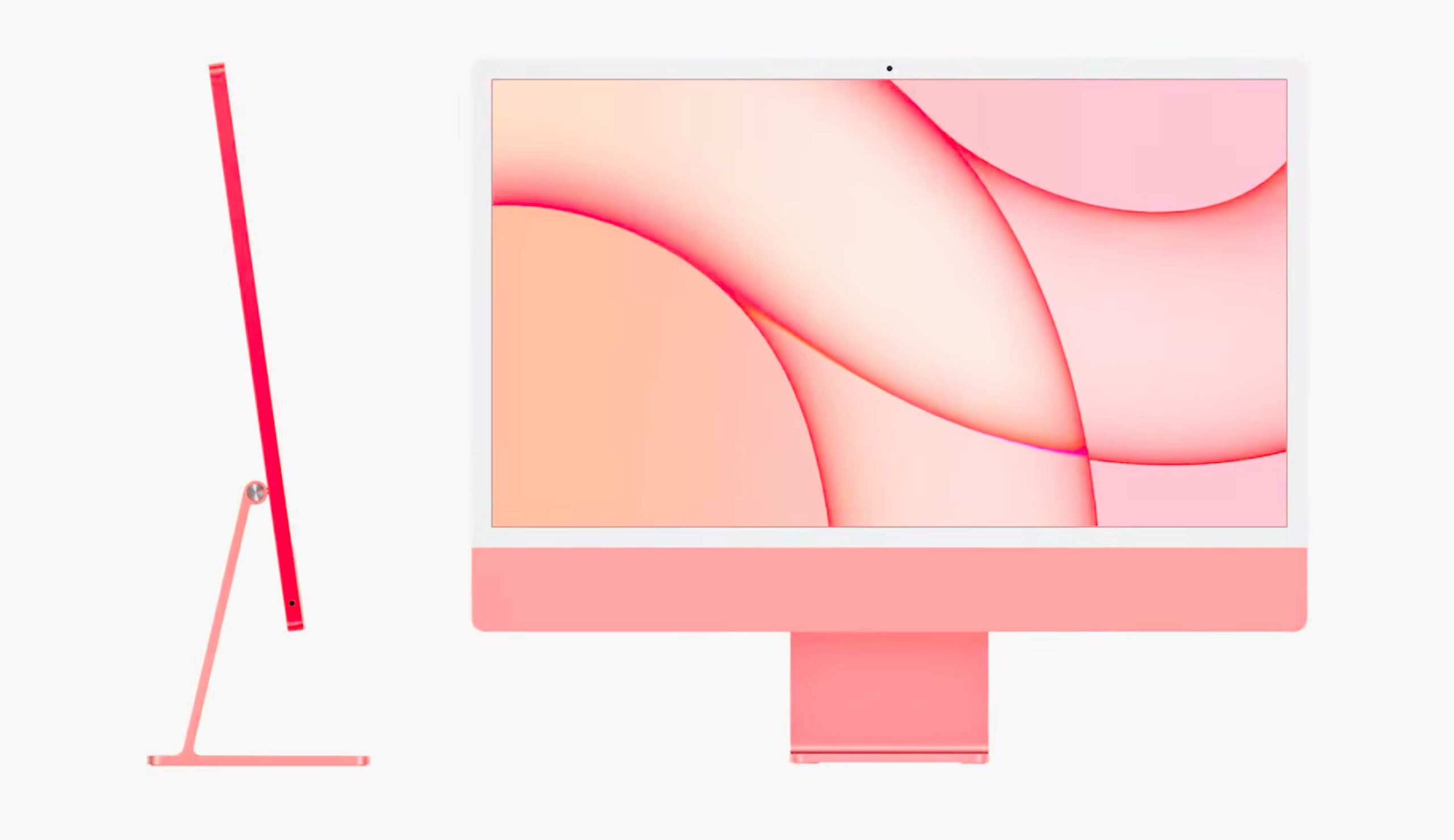 The company also revamped the display and shrunk the bezels, fitting a 24-inch screen into a chassis just slightly bigger than the previous 21.5-inch iMac. The 4.5K display has 11.3 million pixels, 500nits of brightness and support for Apple’s True Tone, which adjusts the display temperature based on your surroundings.

Further, Apple revamped the camera, microphone and speakers to make them even better for video calls. The camera is now a 1080p sensor, plus it works with the M1’s image signal processor (ISP), which allows the iMac to apply computational video to the camera’s recordings. That includes things like auto white balance, tone mapping and noise reduction. 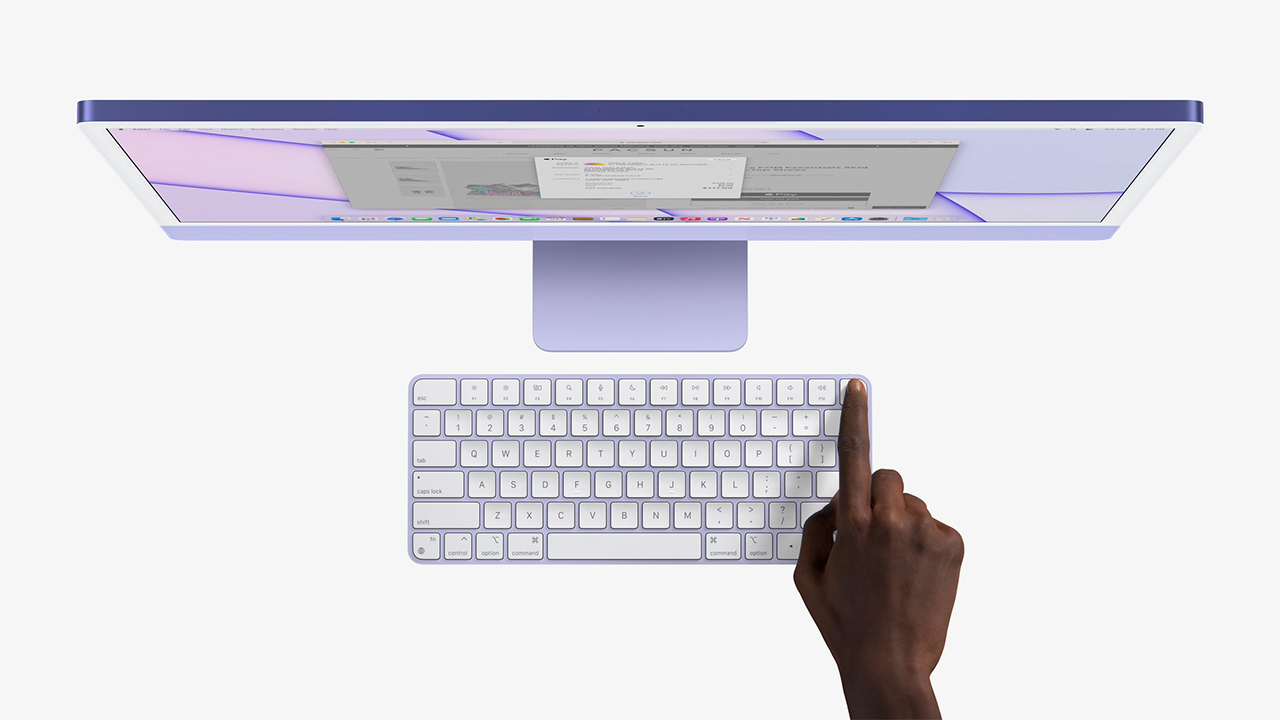 The new mic array features three studio mics capable of beamforming to help cut down on background noise. Finally, Apple says the new speaker system includes six speakers — two pairs of force-cancelling subwoofers and two tweeters on each side. The system can even support spatial audio with Dolby Atmos. 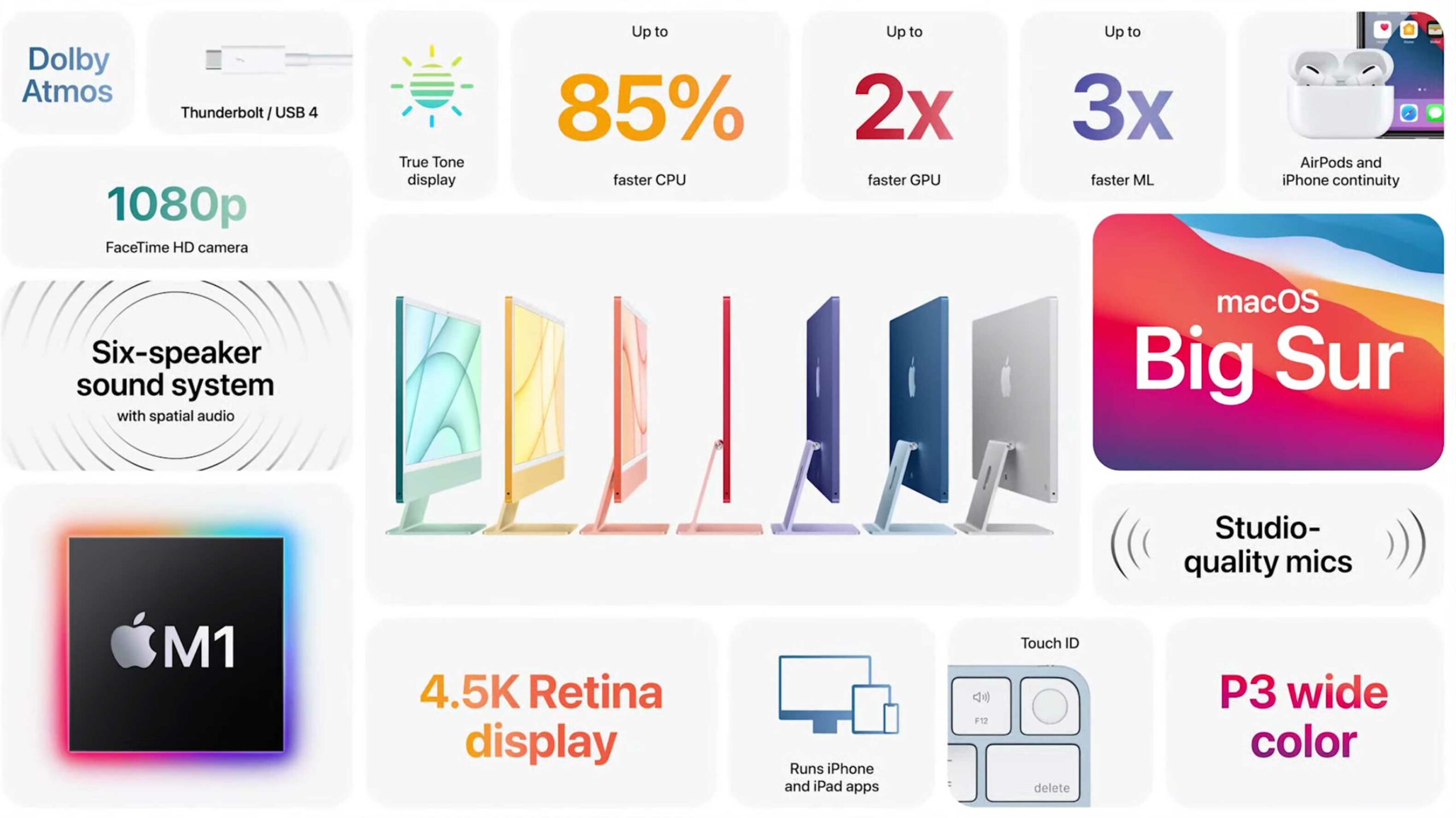 The new iMac will be available to order starting Friday, April 30th on Apple’s website, with availability in the second half of May. In Canada, it’ll start at $1,599 for the seven-core GPU option and $1,539 for education. Further, it features an eight-core CPU, 8GB of unified memory, 256GB SSD.