The company is inviting 'Everybody in'

GM is rebranding to focus on electric vehicles with a new marketing campaign targeted at what it’s calling ‘Generation E.’

The company’s global chief of marketing, Deborah Wahl, says that “Unlike ever before, we have the solutions, capability, technology and scale to put everyone in an EV. Our new brand identity and campaign are designed to reflect this.”

It should be noted that GM sees ‘Generation E’ not as exclusively young people, but rather people of all ages that want to make a change and help be part of the electric vehicle revolution. The automaker is trying to use an ad campaign to legitimize this section of the market and draw more people into it. For now, I think that Generation E is more commonly know as early adopters. It will be interesting to see if GM’s marketing works and draws more people into the EV fold. 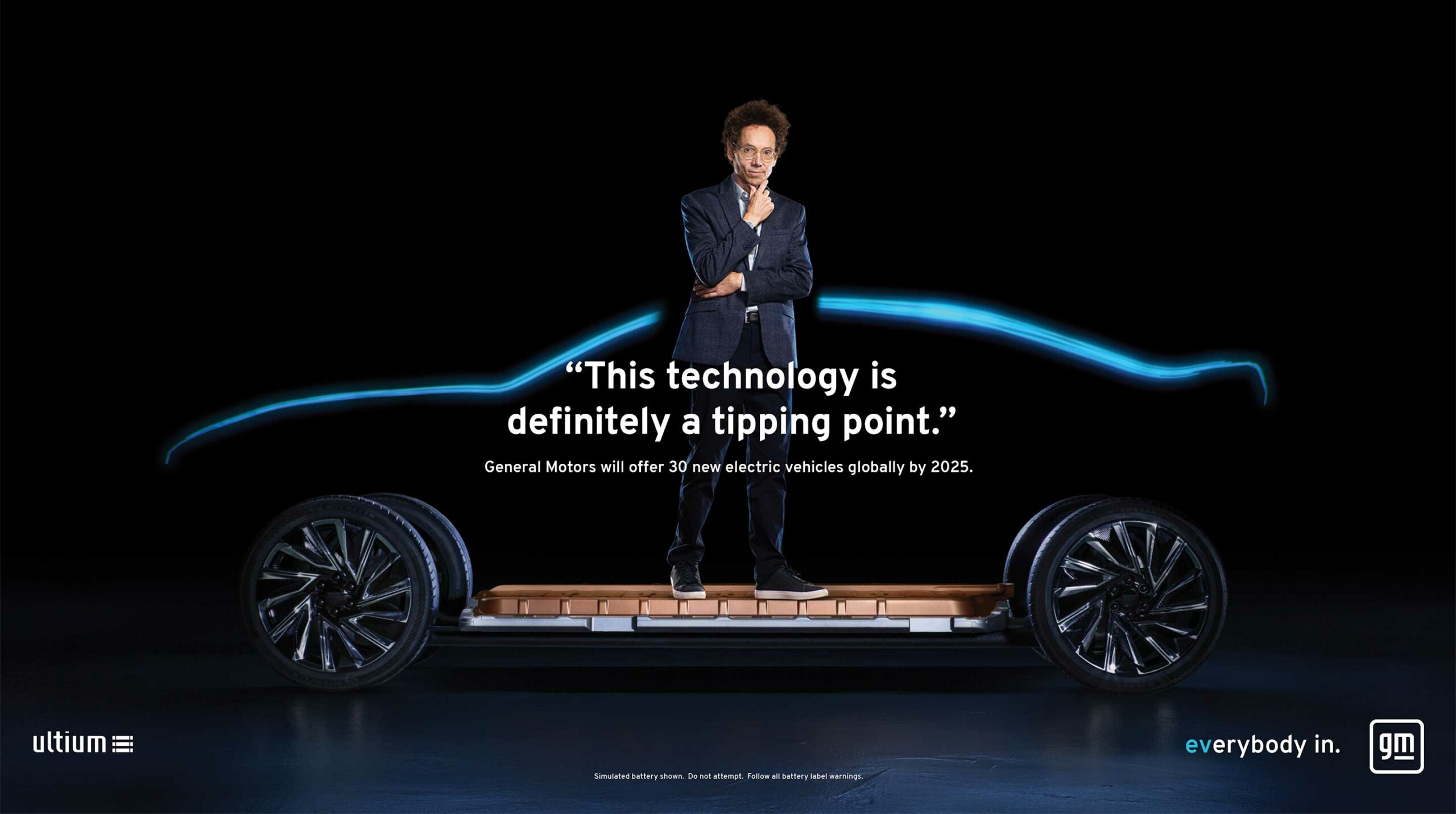 As part of the marketing campaign, General Motor is using Canadian Malcolm Gladwell since his theory from the book The Tipping Point can be applied to mass EV adoption. Beyond Gladwell, viewers may also see “professional surfer and shark attack survivor Bethany Hamilton, fitness instructor Cody Rigsby and gamer Erin A. Simon.”

The last time the company revamped its logo this drastically was in 1964, and this is only the fifth redesign in the automaker’s history.

Beyond the new logo and ad campaign, GM is also pledging $27 million in EV and autonomous vehicle production. It also plans to release 30 electric vehicles globally by 2025.

These new ads focus on the GM Ultium Battery pack, which will be used in the upcoming GMC Hummer and the Cadillac LYRIQ. The company says that this battery will ensure that GM’s EVs have a range of around 450 miles (724km) and that super-fast acceleration EVs are known for.

To make this brand change over concrete, the company is also revamping its website with a modern look on January 11th. The relaunch will happen in the U.S. first but will come to the Canadian site later.