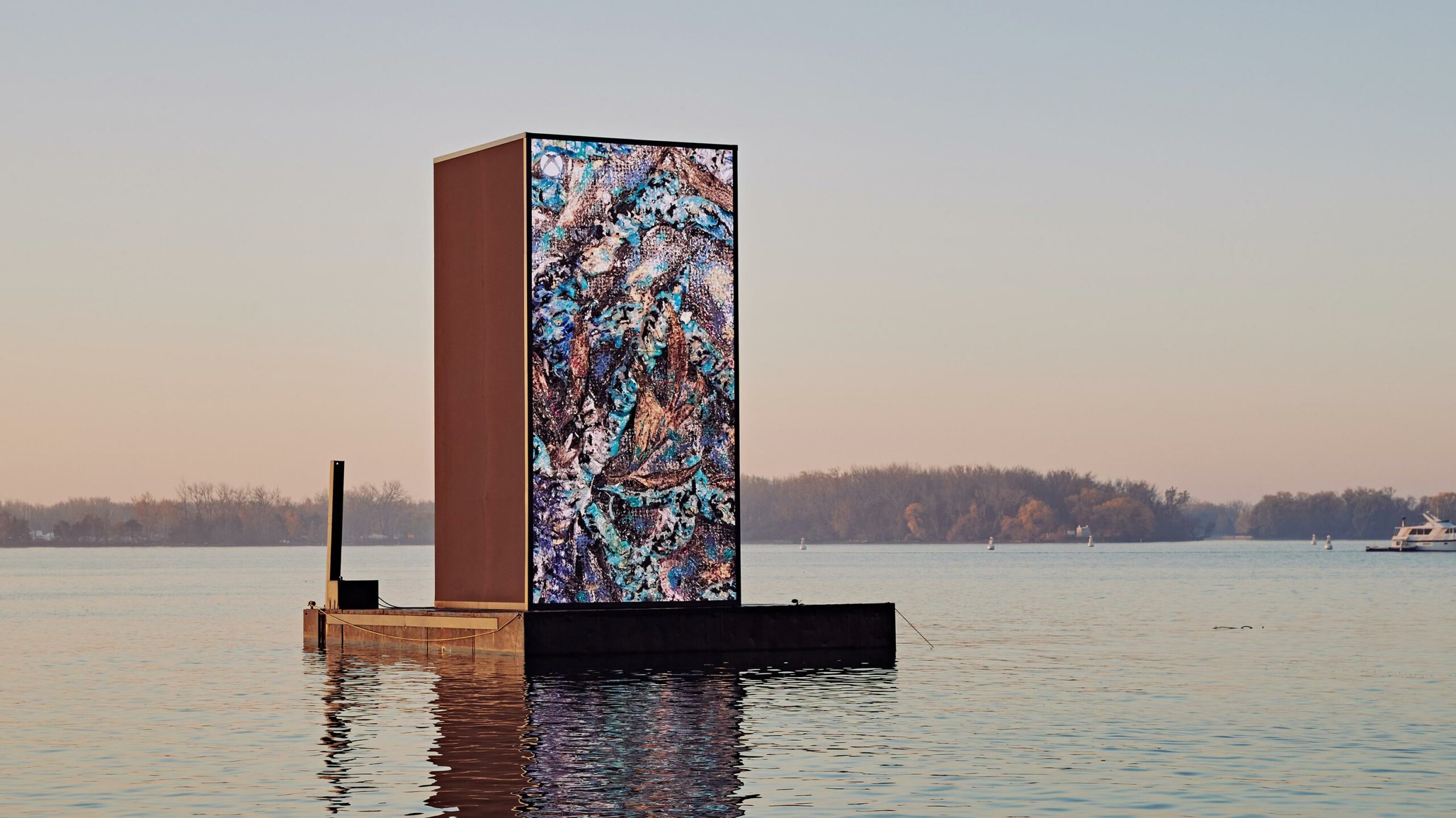 In celebration of the Xbox Series X and Xbox Series S’ release, Microsoft is floating a giant 12 metre (40 foot), display-clad version of the Series X on a barge off of Toronto’s harbourfront.

Though an obvious effort at viral marketing, it’s hard not to appreciate the massive take on Microsoft’s sleek-looking next-gen console.

Further, Microsoft Canada has partnered with several local artists — including Francis Manapul, an artist and writer who has worked on comic series’ like Justice League, The Flash and more — to display different interpretations of the system’s “Power Your Dreams” tagline.

Along with art, game codes and trailers, a mysterious message tied to a real-world puzzle related to the Series X and Series S’ launch also appear on the massive console.

Floating on a dream.
A powerful console, powered by local Canadian artists. #PowerYourDreams

Tune in on Twitch for a LIVE view and a chance to walk way with a game for your Xbox Series X|S: https://t.co/M4NxZdMMNF pic.twitter.com/cBHDDMVGHh

Thankfully, if you’re interested in checking out the surprisingly well put together art installation, you can just watch a live stream of it on Twitch.

Oh Canada! A special message from @XboxP3 to you, our biggest fans, as we kick off the next generation of Xbox. pic.twitter.com/unnUvZjcKA

To market the launch of the Xbox One back in 2013, Microsoft Canada created a gigantic 40-foot-long replica of the console in Vancouver that you could actually walk through and try out various game demos.