Facebook-owned WhatsApp is getting ready to support voice and video calls on its web and desktop apps.

WABetaInfo found evidence that the social media giant is currently testing the feature. It’s worth noting that group voice and video calls will also be supported.

Users will be able to take calls with a pop-up window displaying the caller details and contact information. You’ll also be able to see the type of call that you’re getting. The interface is quite similar to WhatsApp’s mobile app. 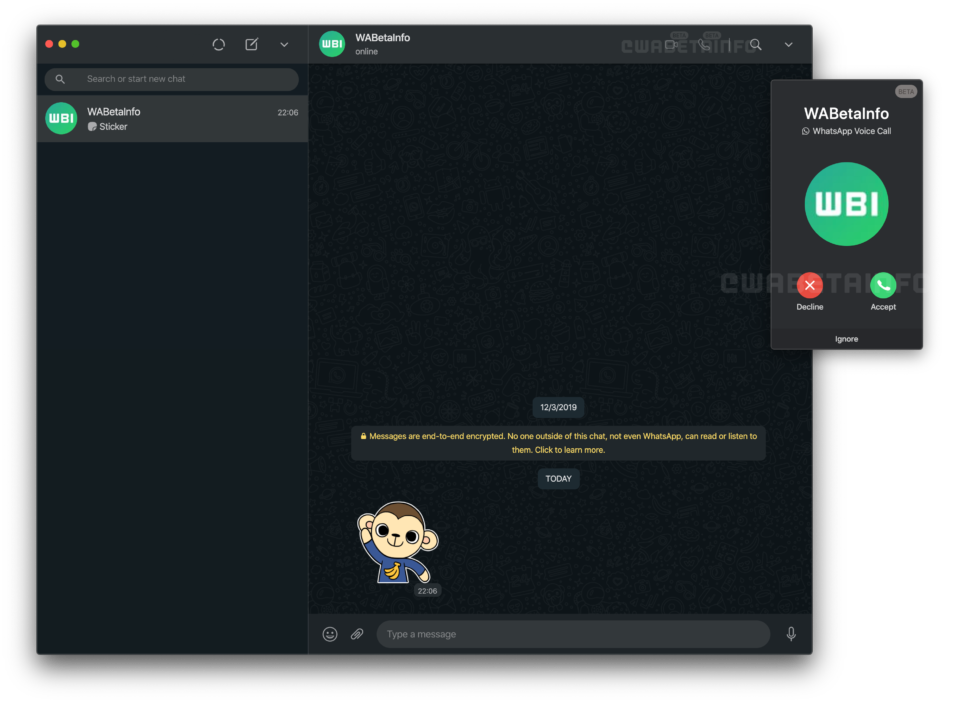 When you’re in a call, you’ll see a floating window that displays the connection status along with an end call button. There will also be other mic options, like a mute button.

It’s unknown when we’ll see the feature as part of a widespread update, but it’s nice to know that the feature has reached the testing phase.

This is a pretty great addition for people who prefer to use their laptop to make video calls with friends and family, especially considering the ongoing COVID-19 pandemic.