"So here I am, growing older all the time" 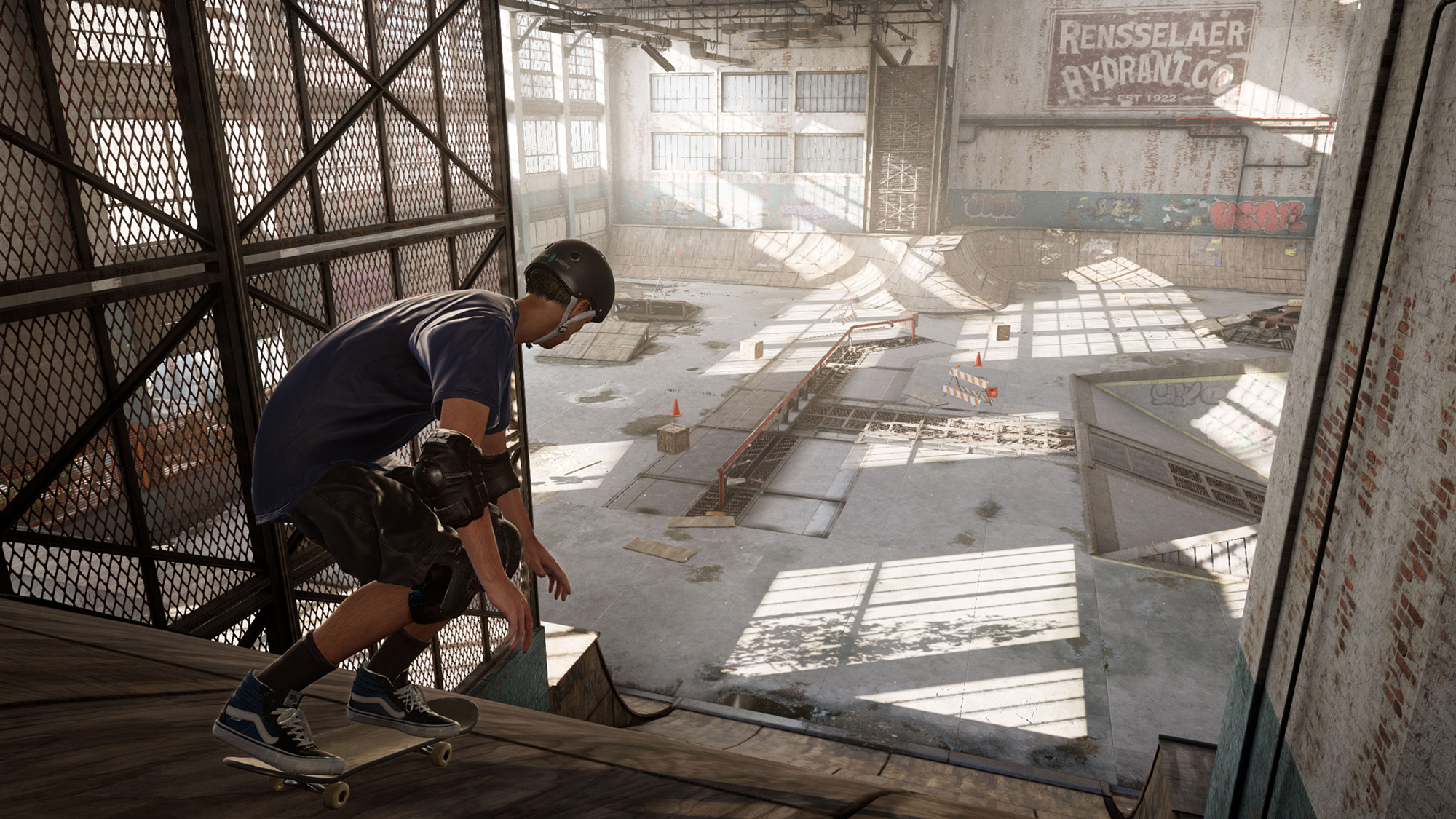 The Tony Hawk’s Pro Skater franchise has always been special to me.

Growing up, I was fascinated by skateboarding culture. I didn’t have friends that were interested in the rapidly growing sport, but still attempted to learn how to skateboard on my own through trial and error. Needless to say, it didn’t work out, unfortunately. This is where the THPS franchise comes in. It allowed me to experience a very unrealistic but still compelling version of skateboarding from the comfort of my living room, and I was instantly mesmerized by the Nintendo 64 entries in the franchise.

The arcade-focused rhythm of skating around a virtual park or city environment, the kickflips, the jumps and, of course, special moves like the 900, had me enthralled. Fast forward to 2020 and the main question surrounding Tony Hawk’s Pro Skater 1+2 (THPS 1+2) is whether or not this revival of the long-running series lives up to its iconic predecessors.

Against all odds, THPS 1+2 is a shockingly great remake of the two classic skateboarding games.

Thankfully, the developer has nailed the series’ iconic gameplay perfectly, as well as modernized its mechanics and improved the franchise’s visuals, while still retaining the game’s classic art style. For most, THPS 1+2 will look precisely how you remember it did, even though early entries in the franchise are visually downright horrible by today’s graphical standards. Trust me: I went back and played Tony Hawk’s Pro Skater with a PSOne emulator a few months ago, and it’s an incredibly ugly game, despite still playing great. 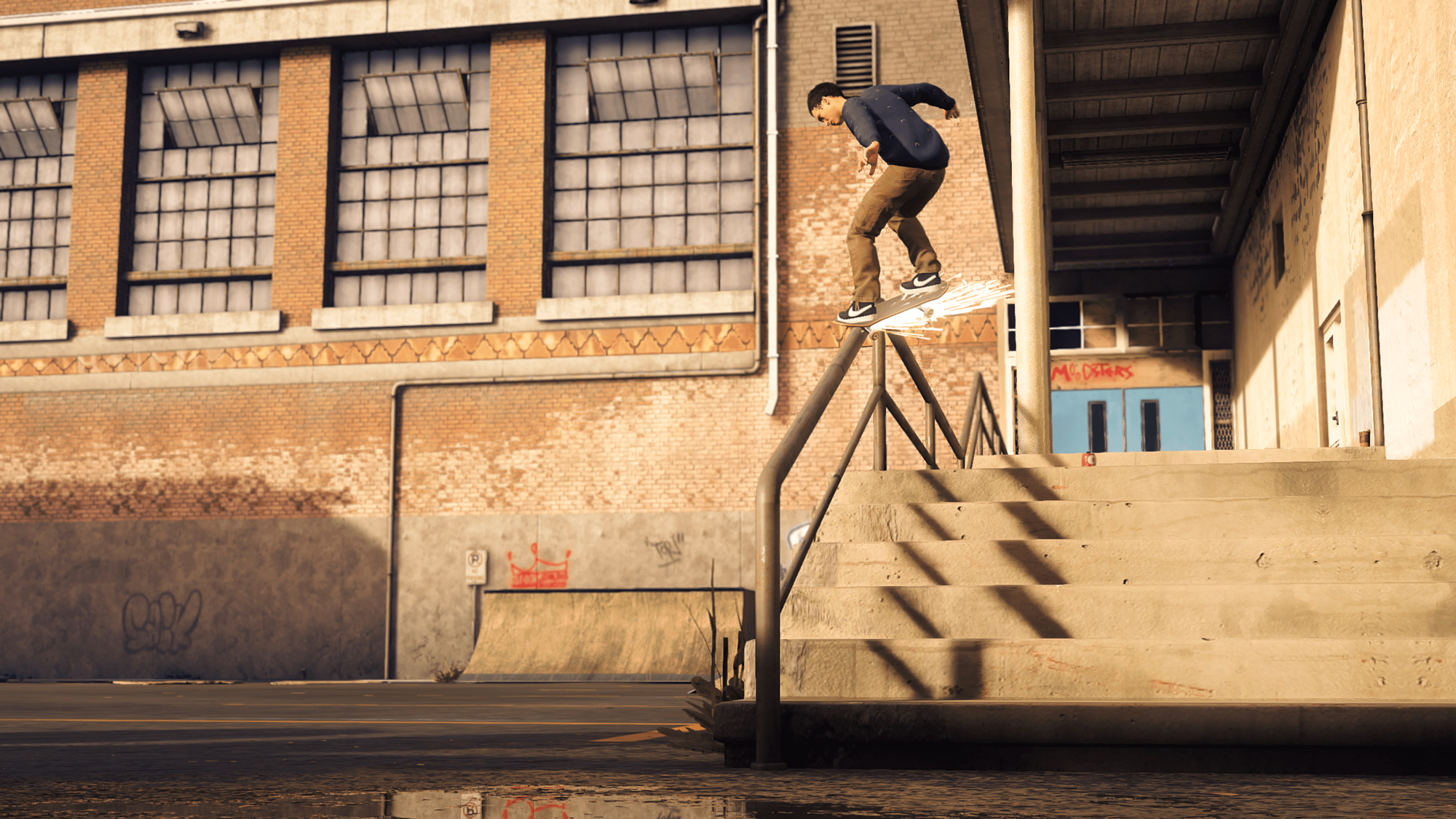 Everything from THPS 1+2‘s textures, to its lighting effects and even character models, look impressive, especially when running in 4K HDR at 60fps on the Xbox Series X. This wouldn’t be a complete remake without the inclusion of classic THPS tracks like Goldfinger’s “Superman” and Rage Against the Machine’s “Guerilla Radio,” coupled with new songs that fit perfectly like MXPX’s “Let’s Ride” and Machine Gun Kelly’s “Bloody Valentine.”

The magic of the Pro Skater series has always been its intuitive, responsive controls. Even if you’re only picking up a Tony Hawk’s Pro Skater game for the first time, most people can likely pull off a few cool tricks almost instantly. This is still the case with Tony Hawks Pro Skater 1+2, but there’s also a new tutorial that does an excellent job of explaining the series’ basics like ollies, manuals, flip tricks, grinds and more. 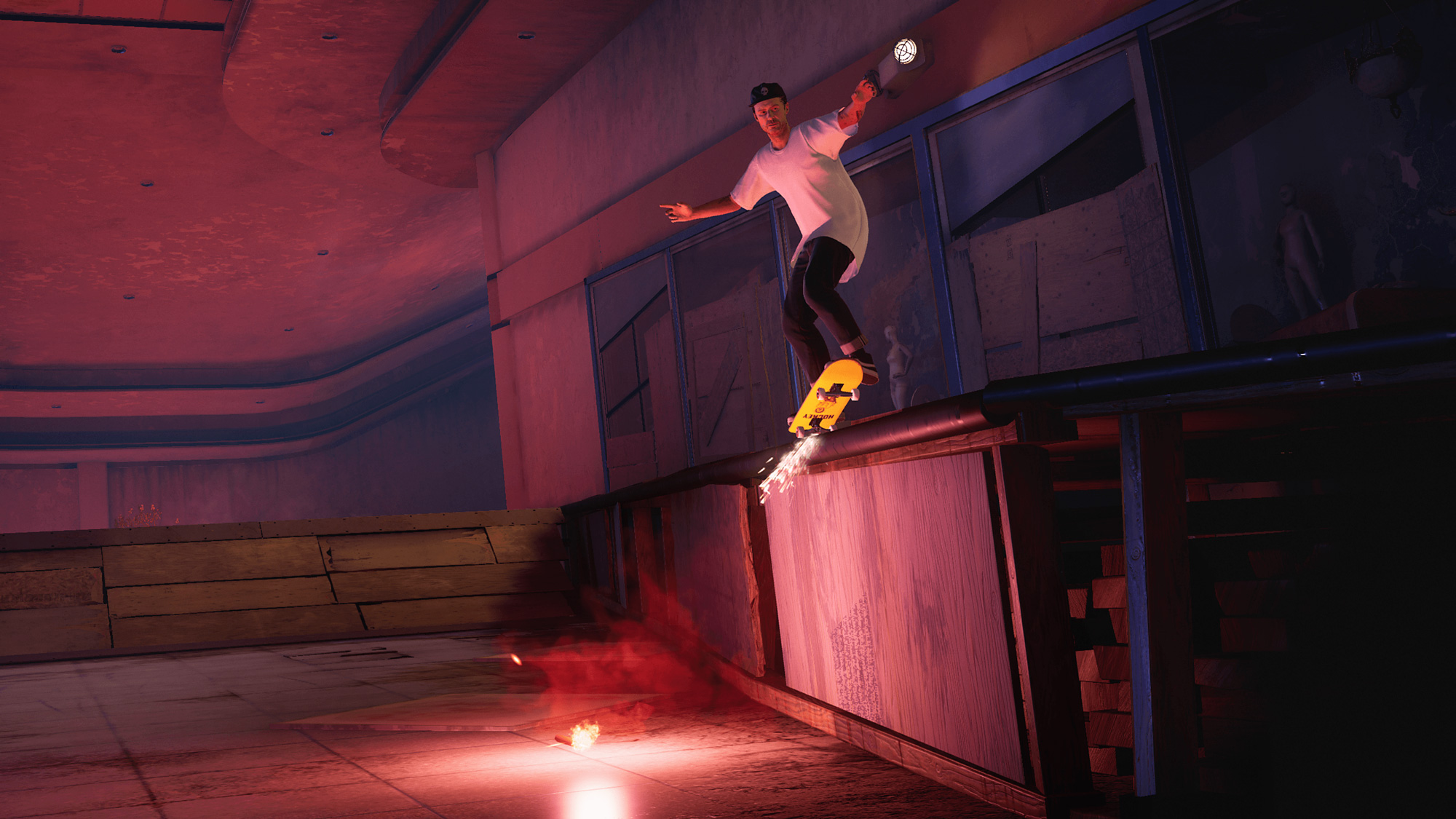 All the levels you likely remember from earlier games, including Warehouse, School, Mall and more from THPS, as well as Hangar, School II, NY City, Venice and every single stage from THPS 2, are faithfully recreated and back in THPS 1+2. The same classic challenges return as well, like collecting the letters that spell ‘Skate,’ getting Secret Tapes in hard to reach areas and hitting specific overall scores. THPS 1+2 is, in several ways, the definitive classic Tony Hawk’s Pro Skater experience. There are new skater specific challenges and several new overall goals added to the game too.

Along with a fresh coat of visual paint, several moves included in later THPS games — most notably the ‘Revert’ — have made their way to THPS 1+2, making some high-score challenges incredibly easy. For purists, you can turn off manuals (first introduced in THPS 2) and even Reverts (first added to the series in THPS 3), allowing you to replay the games the same way they were released all those years ago. I left these movesets turned on because despite having played THPS and THPS 2 back in the late 90s and early 2000s, I feel they add to the game’s unique flow. 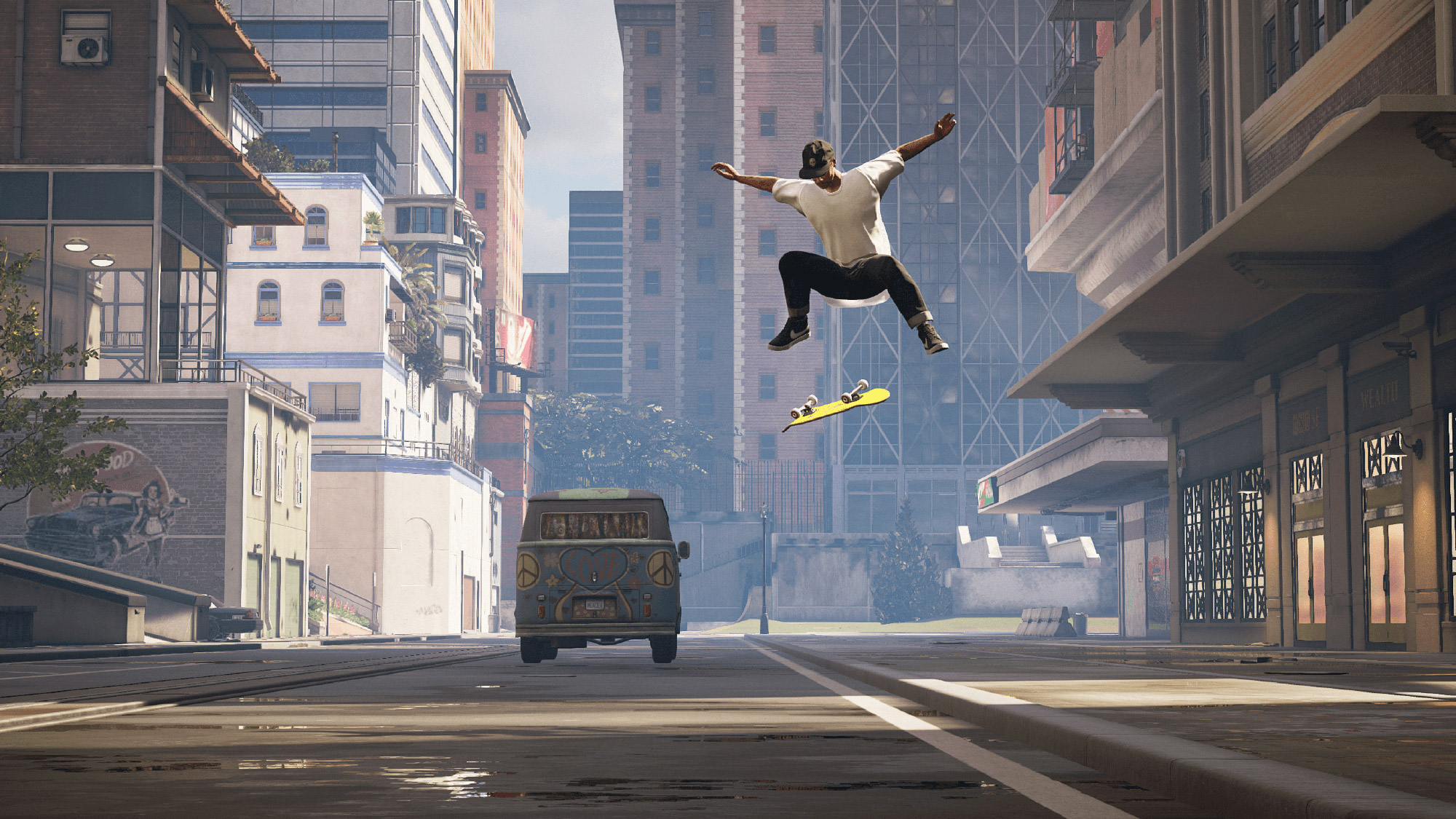 If I had to criticize one thing about THPS 1+2, it would be the title’s increased speed — especially after you’ve upgraded your character’s attributes significantly. While it’s true early entries in the THPS series are a little slow by modern standards, THPS 1+2 kicks things up a few too many notches, which makes it challenging to pull off some of my favourite classic lines.

On the plus side, pro skaters from the original titles, including Tony Hawk, Eric Koston, Bob Burnquist, Bucky Lasek and more, are all back in the game and feature updated character models reflecting their actual ages, which is an interesting and welcome move on the developer’s part. New skaters, including Nyjah Huston, Leticia Bufoni and even Riley Hawk, the Birdman’s own son, have been added to THPS 1+2 as well. 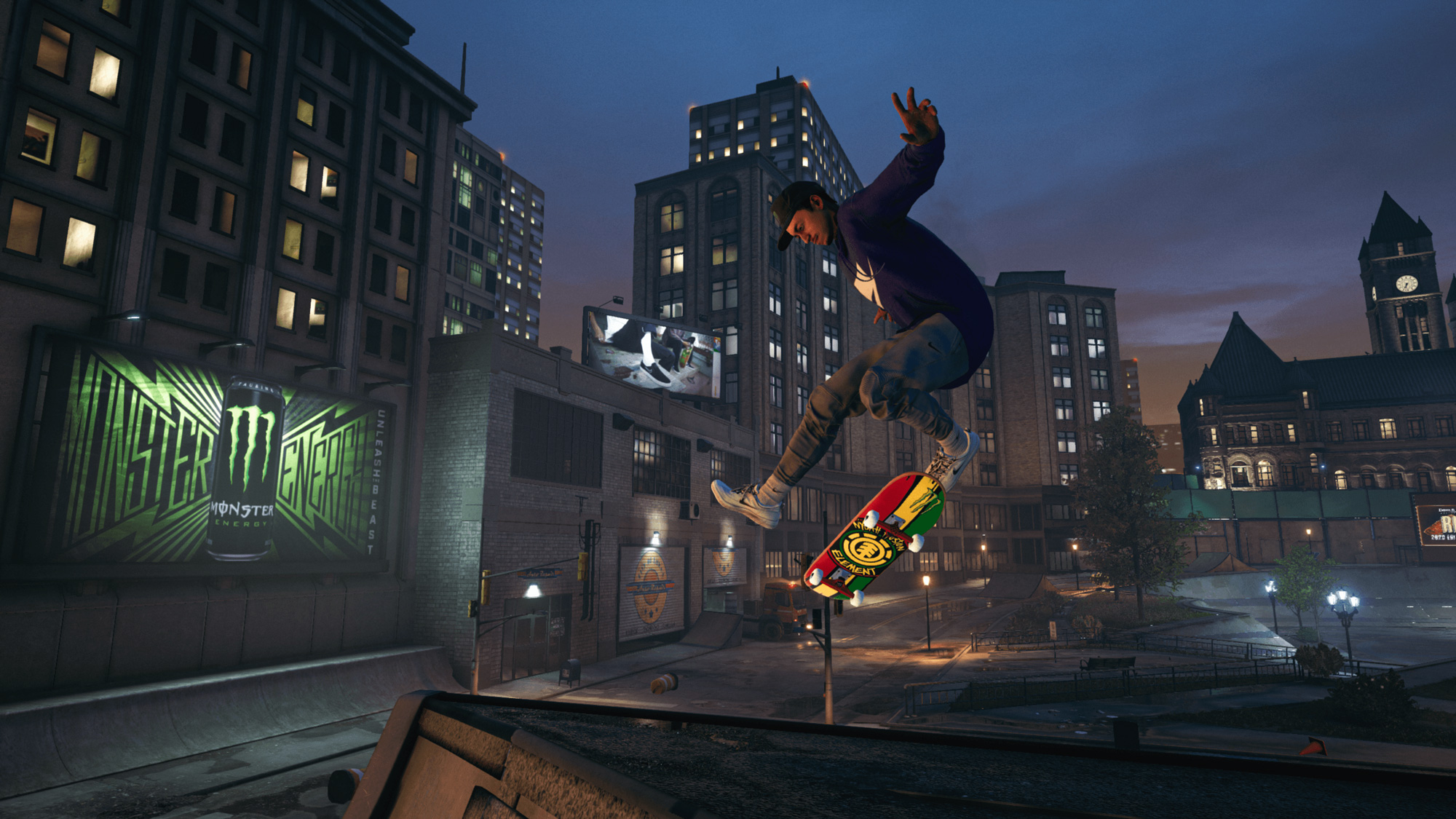 Of course, you can also still create your own custom skater and parks. While customization options for your skater’s face and body are unfortunately limited, there’s a wide range of clothing you can equip your character with, allowing me to create the ‘Zero’ clad skateboarder of my dreams. While I haven’t spent much time playing around with THPS 1+2‘s park editor, it seems exceptionally detailed, and also allows players to share their creations online.

It’s worth noting that THPS 1+2 features local and online multiplayer. While online multiplayer is fun, it’s a little too streamlined for my taste. You’re dropped into different maps and compete with other players through game types like ‘Graffiti,’ ‘Score Challenge,’ ‘Tag’ and more. It would have been better to be able to select matchmaking for a specific game type. Unfortunately, the classic ‘H-O-R-S-E’ game type from early Tony Hawk titles is only playable in local multiplayer. 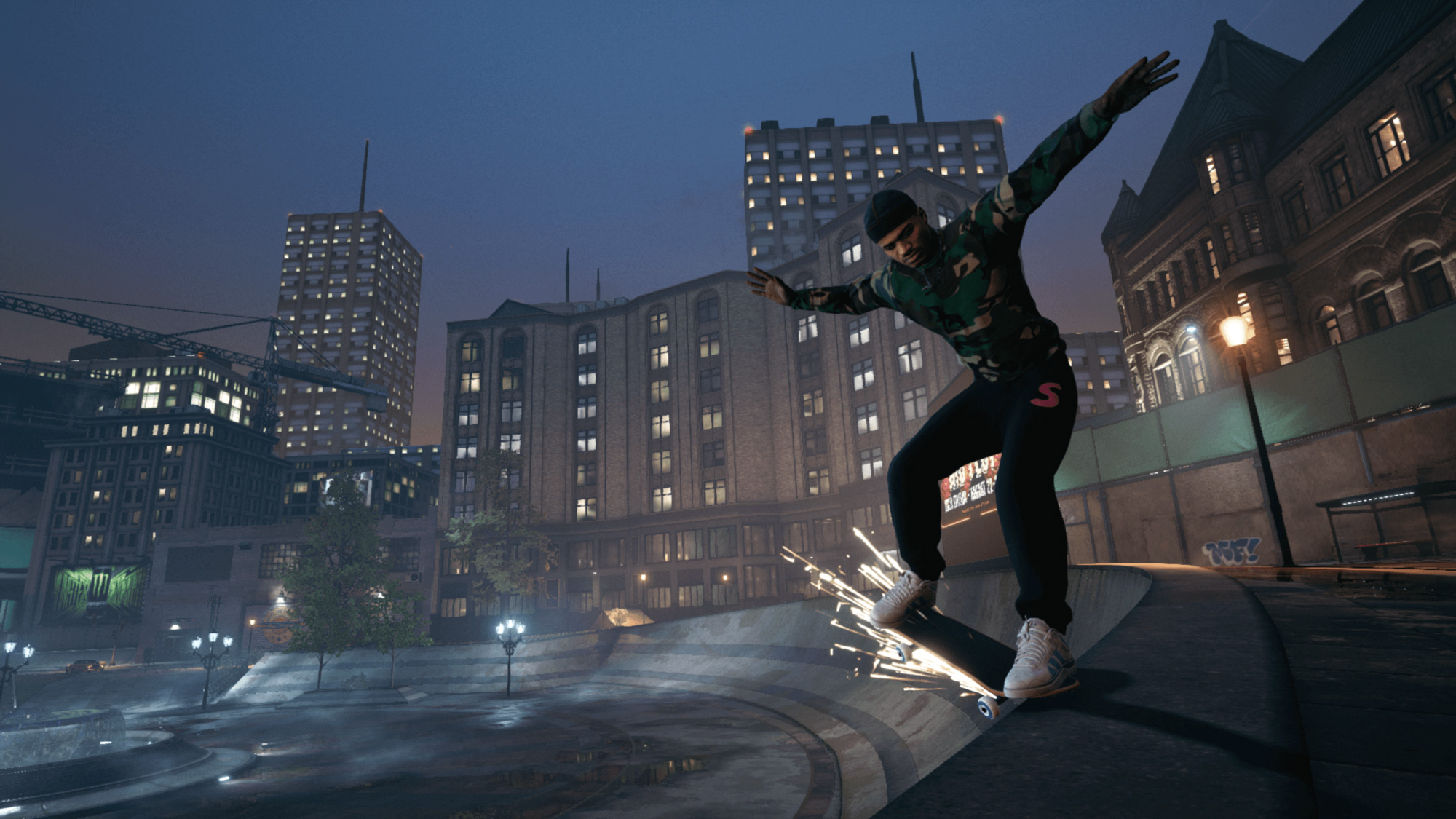 Tony Hawk’s Pro Skater 1+2 feels like one of the few feel-good stories of 2020 when it comes to video games. A studio with past ties to the series has somehow managed to accomplish the impossible.

THPS 1+2 is one of the best remasters ever released and offers gameplay that remains just as compelling in 2020 as it was 20 years ago.