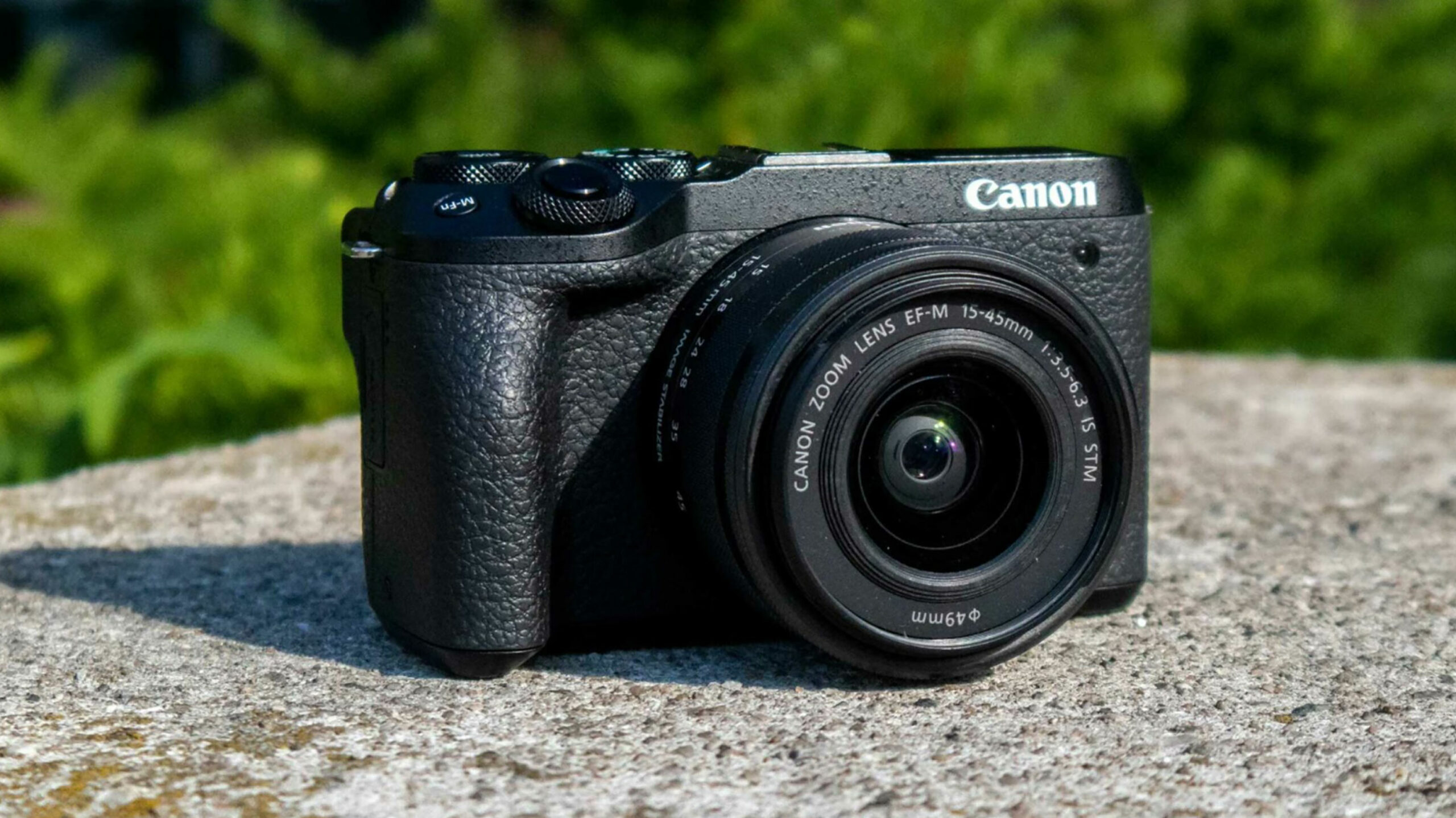 Canon has come a long way since the release of its first mirrorless EOS M camera in 2012, and the expertly crafted EOS M6 Mark II proves the company isn’t slowing down.

Packed inside this ultra-compact frame is a great camera with stellar build-quality and design. That’s not to say that it’s without its flaws, but the trade-offs the M6 Mark II offers should work well for most people.

If you’re looking to step up from your smartphone, this isn’t a bad option, but if you want a vlogging camera, that’s where the M6 Mark II really comes into its own.

Whether the camera is worth the relatively steep $1,449 CAD price tag depends on what you want to use it for, but if you can deal with the trade-offs, this camera will make you happy.

The build quality is great 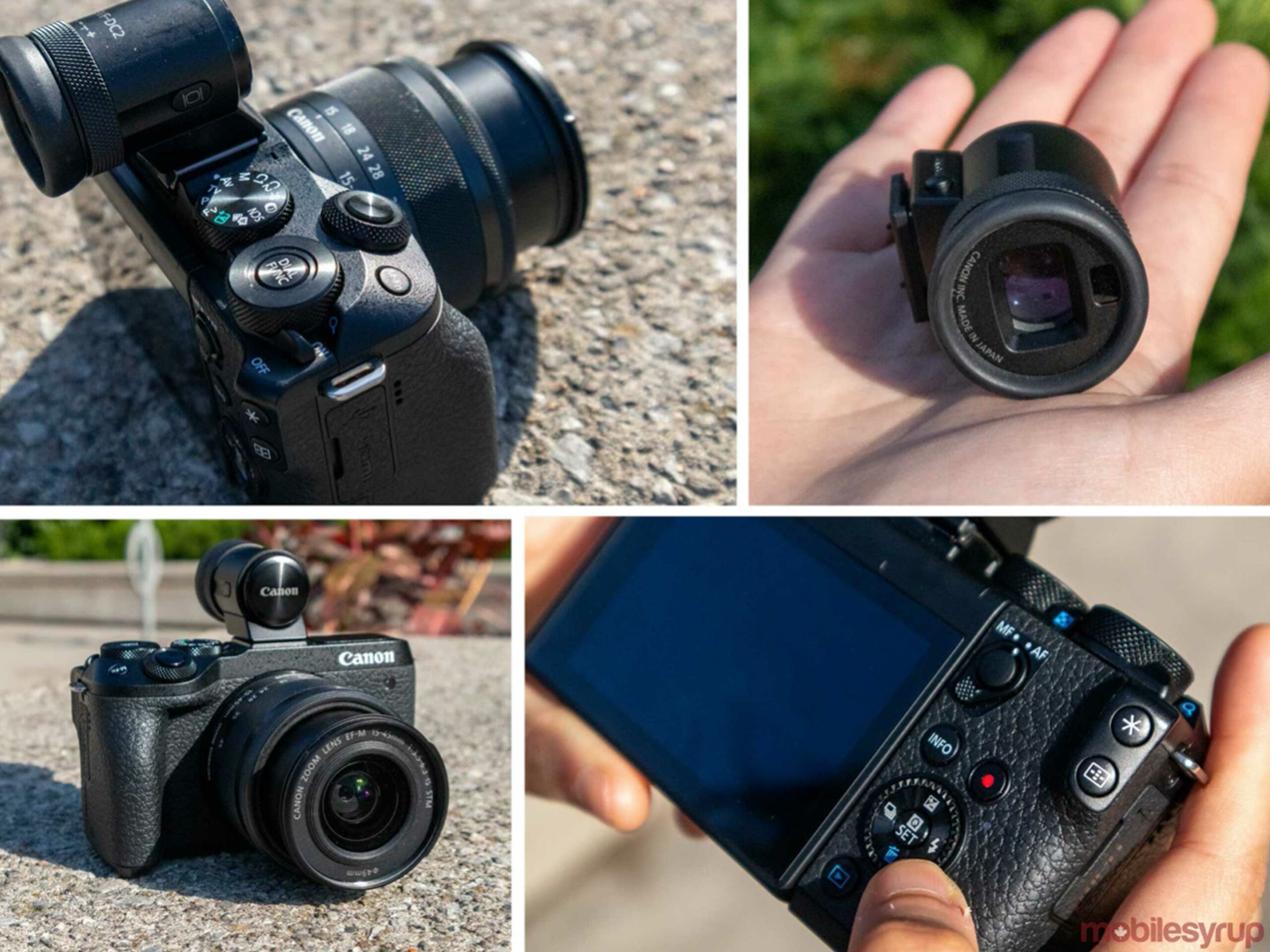 The first thing you’ll notice about this camera when you pick it up is how good it feels in your hand. In a sense, it looks and feels like a much more premium camera than it actually is.

It’s constructed of plastic and magnesium alloy, which helps give it a tactile feel. However, the M6 Mark II doesn’t feature weatherproofing, which would have been a nice touch since the compact camera is perfect for taking with you everywhere.

The small form factor can be minimized even further by removing the viewfinder and getting a shorter lens, making the camera almost pocketable. The weight and size feels great compared to other cameras I’ve held before.

The all-black design creates a striking silhouette, and the texture on the grip and the top of the camera gives the EOS M6 Mark II a premium finish I really like.

On the top right side there are three dials — one to choose the camera mode, another for aperture and the final one is for exposure — but you can hit a button in the middle of this dial to swap its functions. All of these are easy to turn and offer clicking feedback.

On the back, there’s a three-inch touchscreen that can fold up so you can see yourself when vlogging or shooting a selfie. It would have been nice to have a fully articulating high-resolution display, like the Fujifilm X-T200, but the screen is serviceable, and when you take the viewfinder off, the flip-up function works fine.

Beyond that, there’s the standard array of ports, including a mic jack, a USB-C port, a Micro HDMI port and a remote jack. Sadly, you can’t use a USB-C-to-headphone adapter. 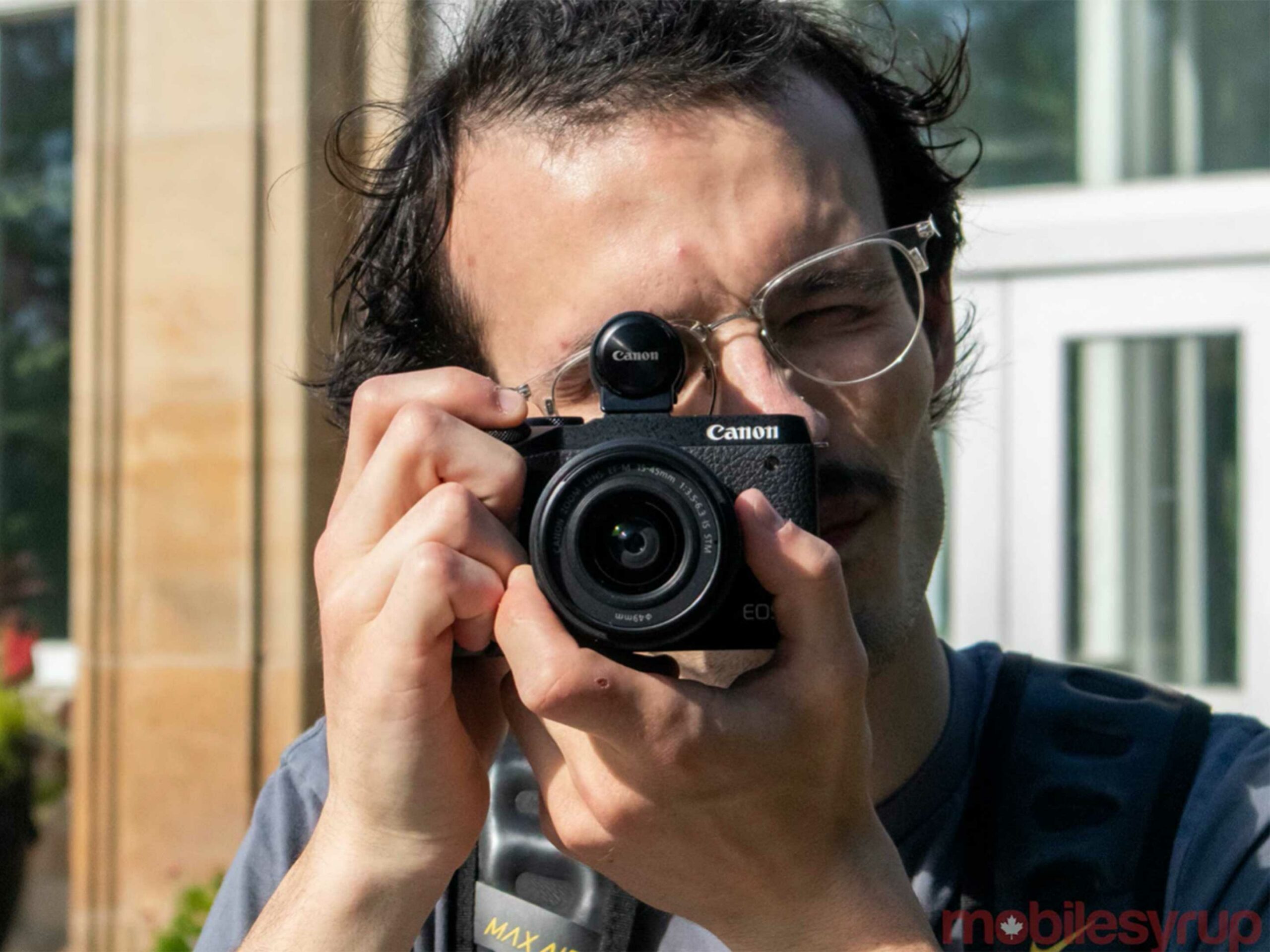 While I love holding the M6 Mark II, taking pictures with it was a different story. During the daytime, I could take excellent photos, but once the lighting becomes a little less optimal, I found myself fighting the ISO to keep the noise and grain down.

While the noise wasn’t always so bad and I could correct it with image editing software like Adobe Lightroom CC and Photoshop CC, I found that I needed to turn on Canon’s in-camera noise reduction to ‘High’ or ‘Medium’ to compensate.

To be fair, blowing these pictures up on a regular 1080p monitor might not make the grain as noticeable as looking at them on a 4K screen, but it’s still worth mentioning.

The rest of the camera was very pleasing with accurate contrast and colour reproduction. I used Canon’s EF-M 15-45mm kit lens, which isn’t bad, but isn’t fantastic, either. On the plus side, it features smooth zoom and, just like the rest of the camera, feels high quality.

The lens locks up to be as small as possible when it’s not in use, so it doesn’t take up that much room. While it’s quite versatile, if you’re looking for something with decent zoom capabilities, you may want to look at the 18-150mm option instead, which costs a bit more.

The Mark II uses Canon’s EF-M lens mount so you can get an adapter to add larger lenses, but there’s also a decent amount of Canon and third-party lenses available.

In terms of autofocus, this camera flies. It even has a face detection feature that works really well under most circumstances. If you’re not a fan of autofocus, the manual focus is stellar as well, with either tap-to-focus or a focus ring on the lens. You can even enable focus peaking to help get tack-sharp images every time.

You can view sample images including some edits and RAW files here.

As long as the ISO is set to under 400 — which is lower than I would have on my older camera or the Fujifilm X-T200 — you can get sharp images with the 32.5-megapixel APS-C CMOS sensor. If noise is something that bothers you, this camera might not be the one for you, however.

On the plus side, the shooting menu is straightforward to use. The ‘Q’ menu is placed along the right side of the screen, making it easy to hit with one hand. Once it’s open, it’s laid out in an understandable way that ensures it’s simple to adjust settings on the fly.

While this camera might not be as easy to use as a cellphone, most people could probably pick it up and turn on auto mode to get decent shots as they learn to use the M6 Mark II’s more technical features. Generally, mirrorless cameras are more accessible than DSLRs because when you adjust exposure and aperture, you instantly see the changes reflected on the screen. This makes it easier to compose your shots, and for people like me that were raised on point-and-shoot cameras and phones, it just makes sense. 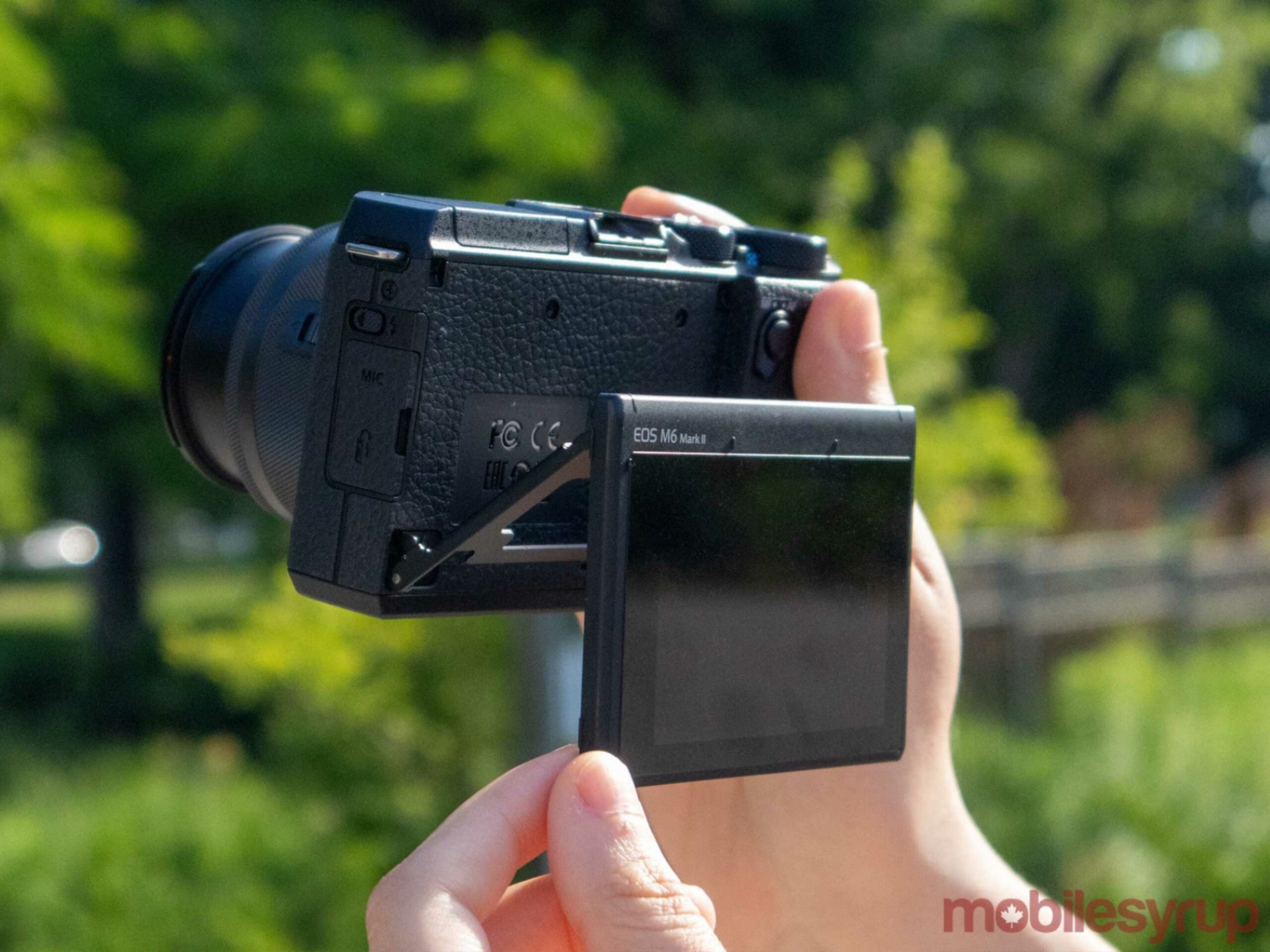 When it comes to video, the M6 Mark II doesn’t immediately come across as the perfect vlogging camera, but I was pleasantly surprised by how capable it is at shooting video.

I used this camera to shoot both the Sonos Arc video and the Fujifilm X-T200 review, and both the colour accuracy and the overall quality were very impressive.

While some people may be against the flip-up screen since it doesn’t articulate, I had no issues with it. Since you can remove the viewfinder, the screen can be flipped so you can film yourself quite easily. It’s a bit tricky to tap on some of the on-screen options along the bottom of the screen when it’s flipped up, but it’s not a significant issue.

I like the amount of control in video mode compared to the Fujifilm X-T200. While it may be a little harder to learn from the get-go, I think you can push this camera a bit further than other comparable options.

The primary Canon colour profile is pretty good, and I had no trouble tweaking it in post to look how I wanted. That said, there are no LOG profiles, so you won’t be able to manipulate the colour extensively. 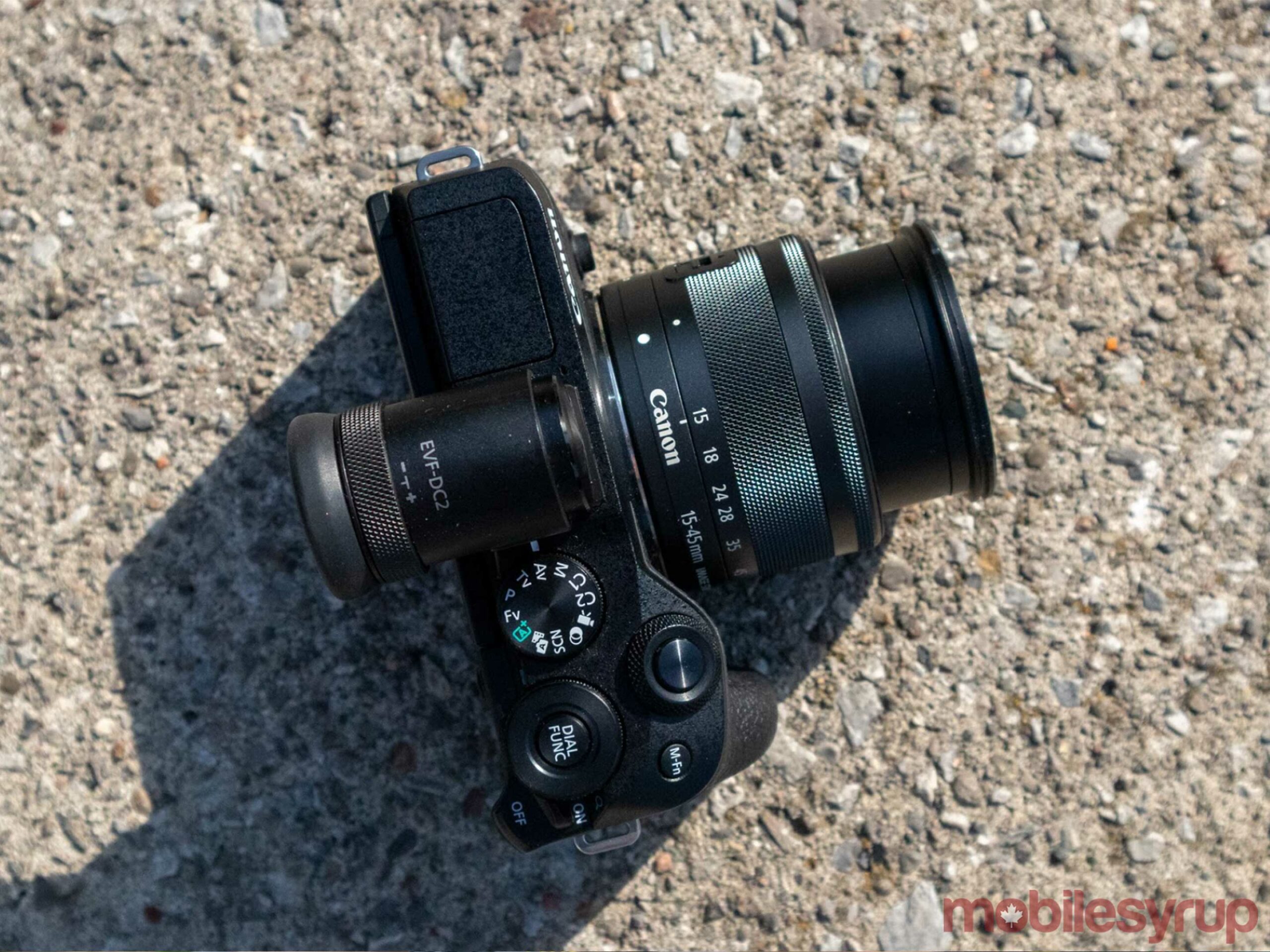 The final thing that surprised me with this camera was how well it worked with my DJI Ronin-SC Gimbal. The Fujifilm X-T200 was a pain to use on it and needed to be reset quite often. On the other hand, the Canon’s compact weight and size made it almost perfect for tossing on the gimbal and starting to shoot right away. If you have the extra focus engine kit for your gimbal, you can also use it with Canon lenses, which gives you even more filmmaking power.

There is a built-in image software stabilization feature, but both the regular and advanced modes crop your frame, resulting in a slightly smaller shooting area.

Overall, the video capabilities surprised me on this camera, and I would be happy shooting videos on it for a few years since its quality fits almost perfectly into what I need for my work. 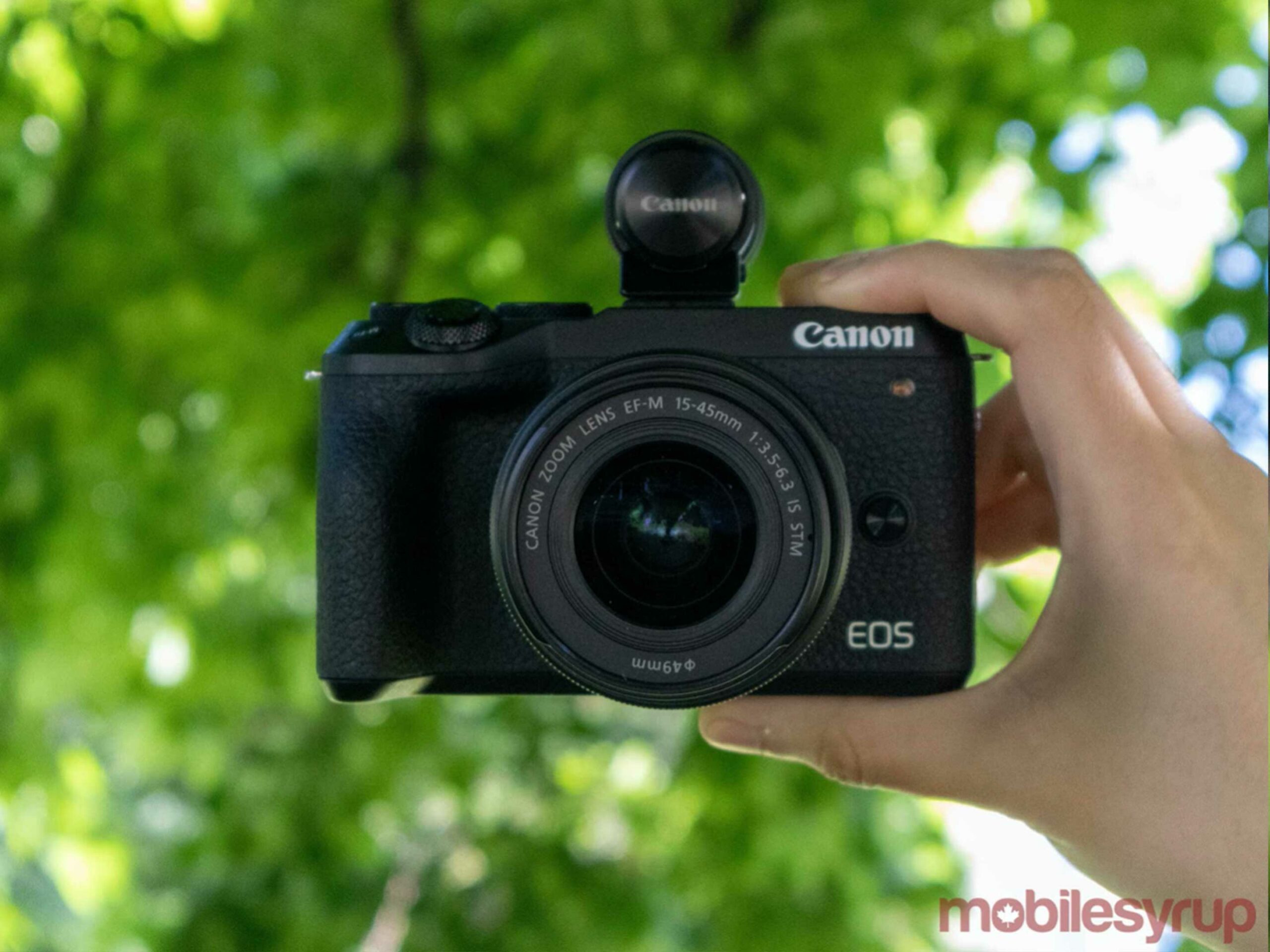 A camera that takes time to love

I've been having a hard time crystallizing my overall thoughts about the M6 Mark II. I absolutely love the hardware and taking videos was much better than I expected, but my experience with photos wasn't as clean as I hoped it would be.

To be clear, I think this will be a significant jump over many people's experience with older cameras and cellphones, but for me, I just felt like I was fighting against the noise a little too much for the price. That said, I still got some pictures with the Mark II that I love, so if you can work within its limitations, you’ll likely be satisfied with the image quality it offers.

Video is a far more positive story. When I first started using the camera, I was unsure of how good its video quality would be. I don't think it's the most versatile camera on the market, but the amount of quality that you can get out of this tiny frame is amazing. The 4K video is excellent, and how well it worked on the DJI Ronin-SC gimbal was a massive plus for me, and I'm sure it will be for other videographers, too.

The M6 Mark II is an excellent video camera that can also take pictures, but if photos are your priority, you may be able to find something a bit cheaper that will suit your needs.

"I absolutely love the hardware and taking videos was much better than I expected, but my experience with photos wasn't as clean as I hoped it would be."

Canon allowing select cameras to be used as webcams