A Pixelbook also makes an appearance in episode three 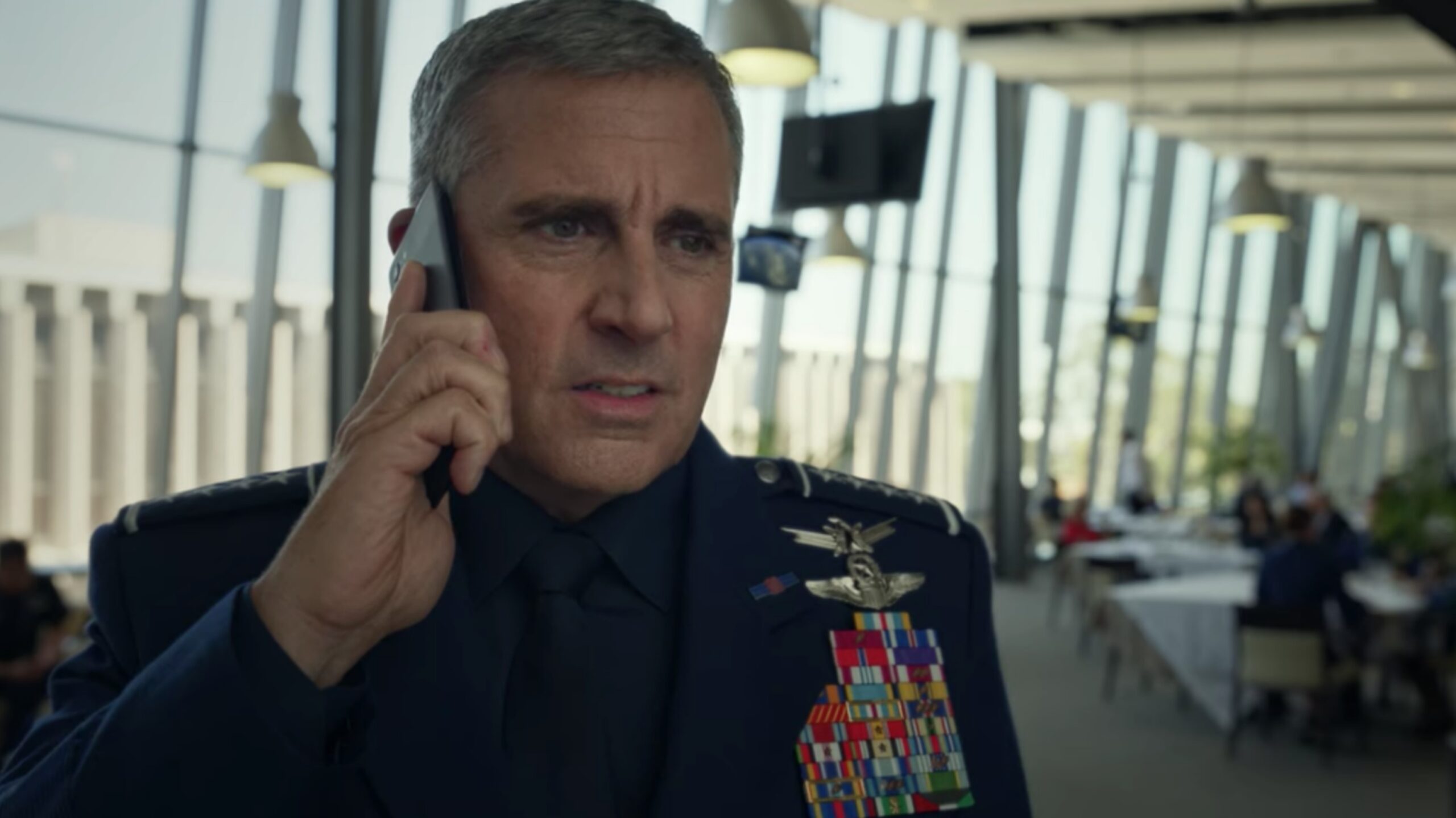 Considering the phone’s size, 9to5Google notes that it is likely the Pixel 3 XL, especially since the show was filmed from September 2019 to January 2020. Later episodes show the screen and notch on the phone as well. Since filming started after Made by Google 2019, the cast couldn’t use the Pixel 4, which has a more recognizable and noticeable design. Amusingly, Carell’s character also seems to be using a BlackBerry KEYone at certain points in the show.

It’s also interesting to note that Jane Lynch’s character, the chief of naval operations, is seen using a Pixelbook in episode three of the show.

However, Google doesn’t seem to have a Pixel promotion deal with the show, unlike it did with Avengers: Endgame.

All ten episodes of Space Force are now streaming on Netflix, but the show hasn’t exactly fared well with critics and reviewers.