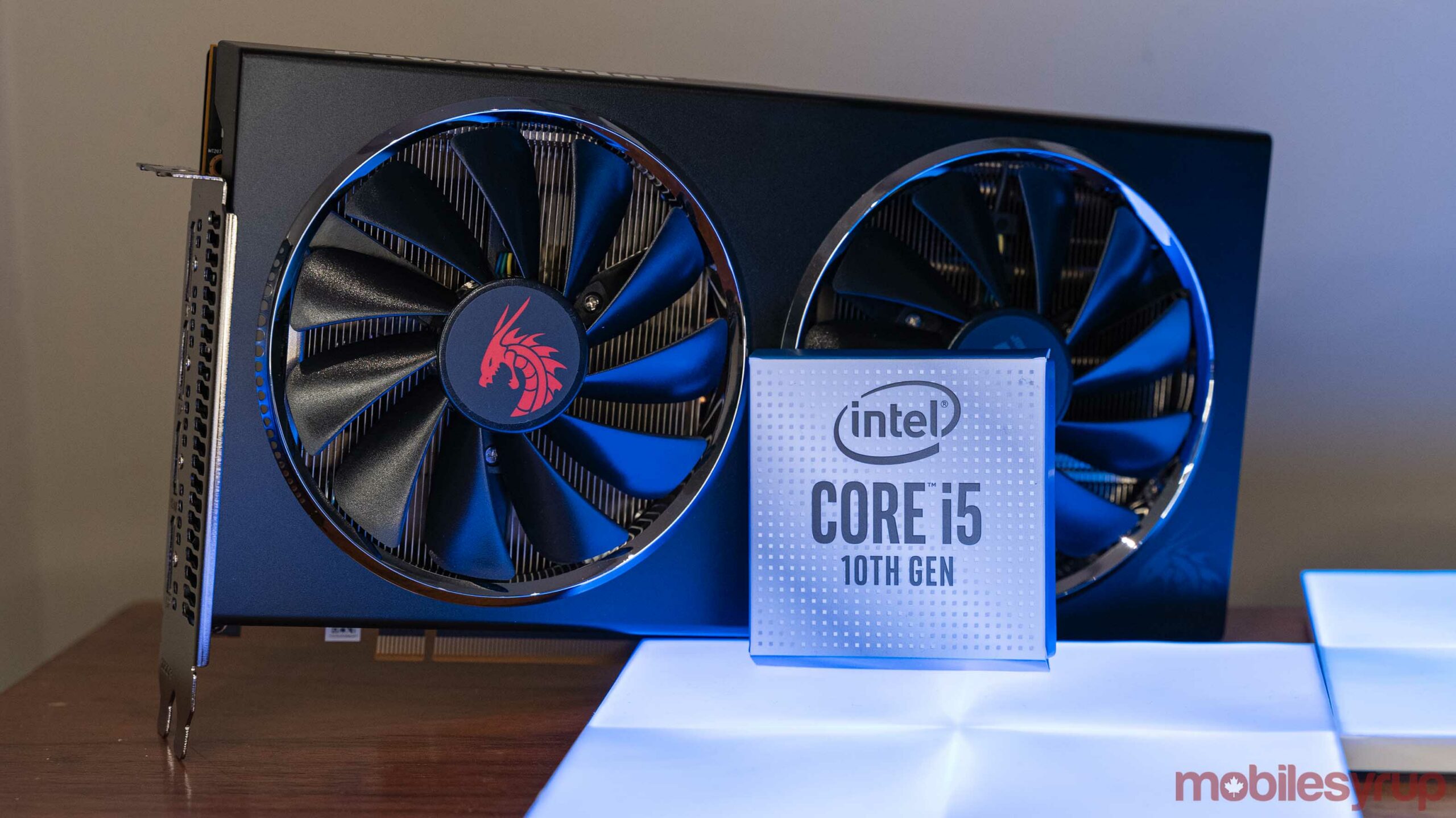 About four years ago, I decided to build a computer. Primarily I designed it for playing games, but in the last four years it has served well for a variety of purposes, from editing photos for work to taking a run at Twitch streaming to even briefly mining cryptocurrency.

However, as versatile as the computer was, it wasn’t perfect. It was my first PC build after all and, at the time, I made a few mistakes. Ultimately, those lead me to my current position: an ageing PC in need of an upgrade and no clear path forward.

Recently, I received some of Intel’s latest 10th Gen desktop processors to review — you can read about those over here. It seemed like perfect timing. I was preparing to figure out how to move forward with upgrading my PC since doing a full system rebuild wasn’t feasible for me. Since I was testing the new i5-10600K anyway, I figured it was the perfect chance to see which component upgrade would give me the biggest boost in performance.

The issues with my computer 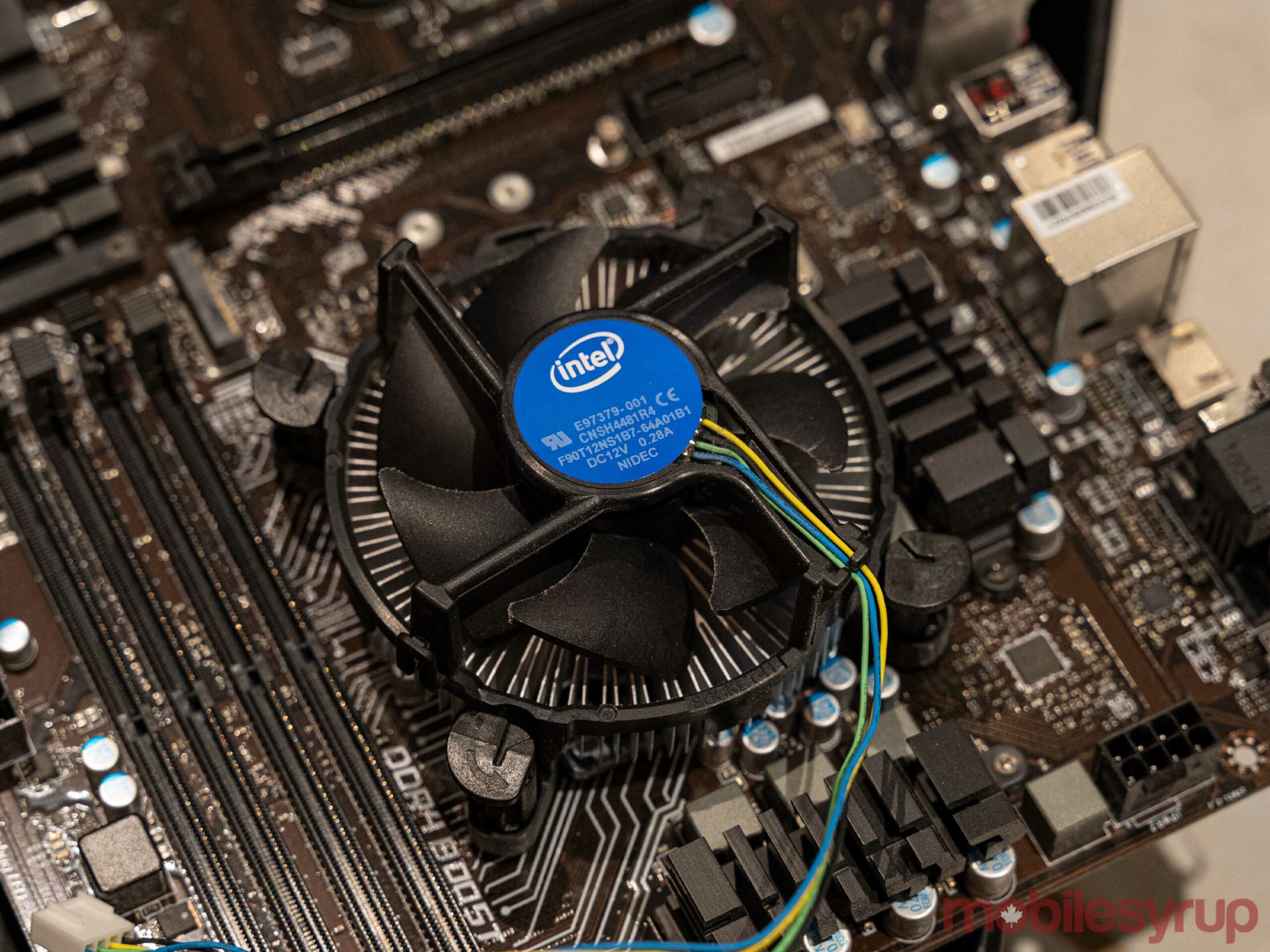 In short, the biggest problem with my current PC was that it was struggling to hit the performance I was looking for, especially with modern games.

One particular issue I noticed was that in several games, CPU usage was quite high while the GPU seemed much more sporadic. This indicated to me that, at least in some games, my 6th Gen Intel Core i5-6500 CPU just wasn’t keeping up.

I began considering upgrading my CPU to eke out some more performance in those games but discovered my motherboard would only support up to 7th Gen Intel CPUs with a BIOS update. To me, it didn’t seem worthwhile to make that jump. And if I had to replace the motherboard, I figured rebuilding the whole PC would make the most sense.

However, with the new 10600K I was reviewing, I had the means to test performance and see if a new CPU would really make that much of a difference. Likewise, I needed to see what difference swapping out the GPU would make in my scenario. AMD suggested a Radeon 5600 XT as a logical upgrade from the R9 390 for someone looking to game at 1080p.

Once I had both components, I began testing. I ran a suite of benchmarks across four configurations of the system, including the original i5-6500 with an R9 390, the 6500 with the Radeon 5600 XT, the i5-10600K with the 390 and the 10600K with the 5600 XT. Everything else in the system remained the same — 16GB of RAM, 128GB SSD with Windows plus other drives with the games I tested. The only real difference between the two other than CPU and GPU configuration was the motherboard since the 10th Gen CPUs use a different socket. However, that should not significantly impact any performance metrics.

Before we dig into the results, keep in mind that the focus here is on game performance and what benefits a new CPU and new GPU bring to the table. If you’re curious about a direct comparison between the new 10600K and the 6500, check out the full 10th Gen CPU review here.

CPU makes a difference, but a GPU does more to improve your game

Starting with the synthetic GPU benchmarks, you can see the systems running the newer 5600 XT clearly perform better while the CPU makes a marginal difference. This shouldn’t come as much of a surprise as these benchmarks specifically test the GPU performance. Still, the 10600K system does see a tiny improvement in every test with the exception of the FurMark score with the 390, where it comes in slightly lower than the 6500/390 system, but maintains the same framerate. 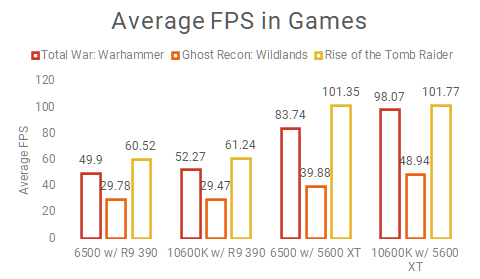 The game benchmarks, however, show a different story. When both components have to work in tandem, a clear delta appears between the different configurations. In almost every test, the 10600K configurations out-performed the 6500 versions. However, the 6500/5600 XT config bested the 10600K/390 and, unsurprisingly, the 10600K paired with the 5600 XT scored best across all tests.

The first round of tests used the games’ built-in benchmarking tool, while the second round simply recorded the average framerate through a few rounds of Battlefield V’s ‘Breakthrough’ game mode and Warzone’s solos mode. The third graph is the Final Fantasy XIV: Shadowbringers benchmark, which provides a score instead of an average framerate, so it’s set apart accordingly. 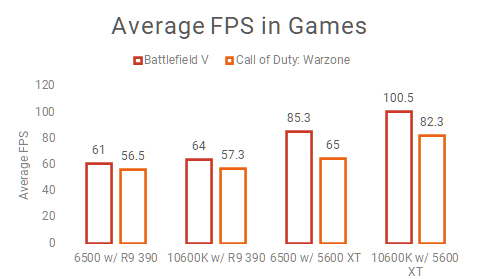 Looking at these results, it becomes abundantly clear that, in most games at least, the 6500 was not the main cause of performance issues, regardless of the high CPU usage. If the 6500 was the culprit, then the tests with the 6500/5600 XT pair shouldn’t have seen as big an increase in framerate as they did. 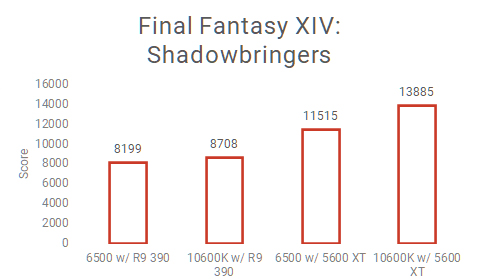 What the benchmarks don’t show 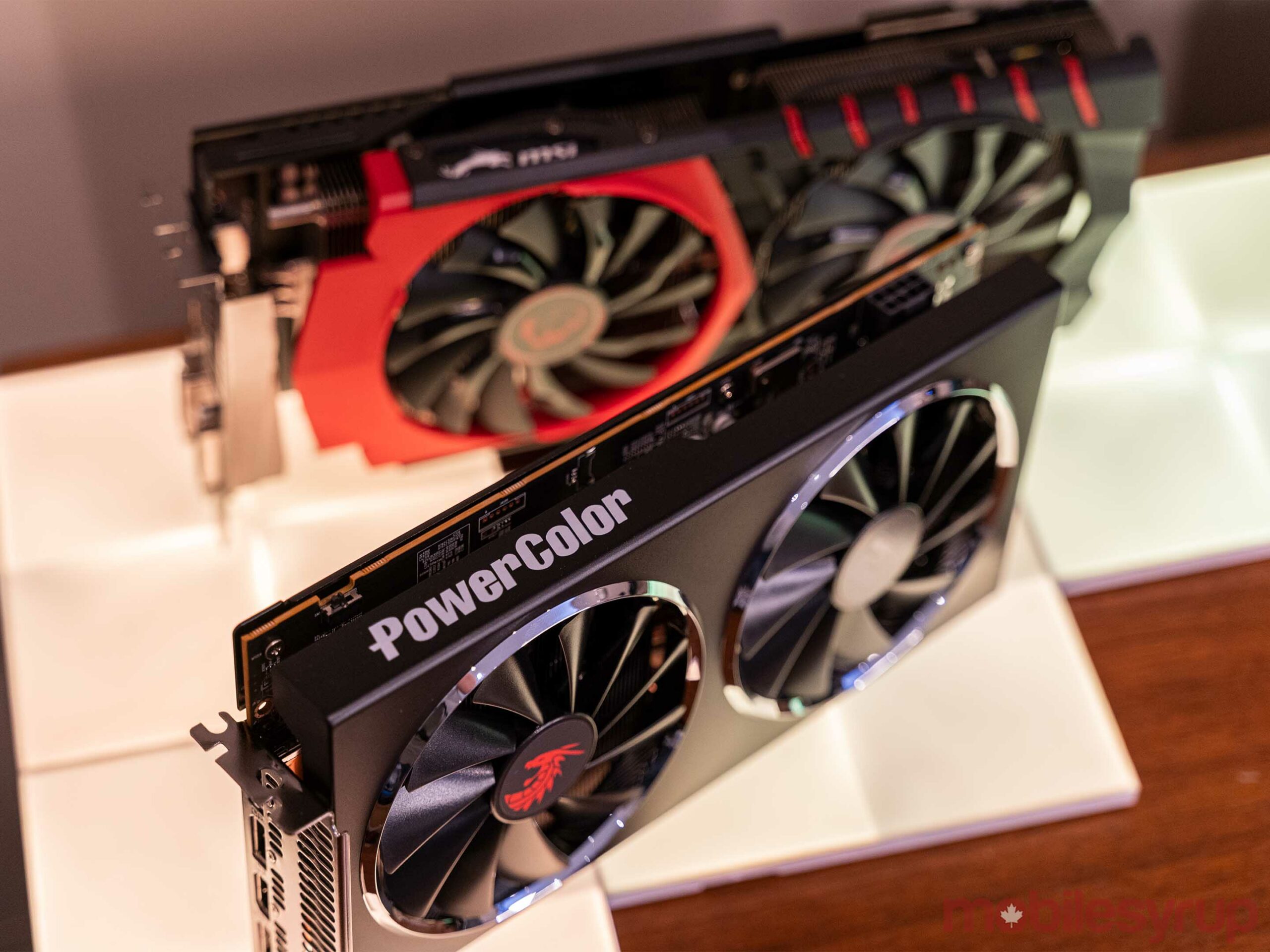 Despite the performance deltas displayed in the tests above, there are more things to consider when it comes to upgrading a part of your PC. Yes, upgrading the GPU lead to better framerates compared to upgrading the CPU, but I do more than just game with my computer.

It’s worth noting that the configurations with the 10600K felt much snappier in almost everything. Whether navigating Windows 10, browsing the web, working or editing photos, the 10600K configs were always faster.

Likewise, the 5600 XT brought some significant benefits over the 390. For one, it uses a 7nm process compared to the 28nm used in the 390. The new RDNA architecture in the 5600 is more power efficient as well and I found it was able to run much cooler under load than the 390. Thanks to the improvements in AMD’s Adrenalin 2020 Edition software, newer GPUs like the 5600 XT have more options when it comes to overclocking as well.

Drawbacks to consider when swapping hardware 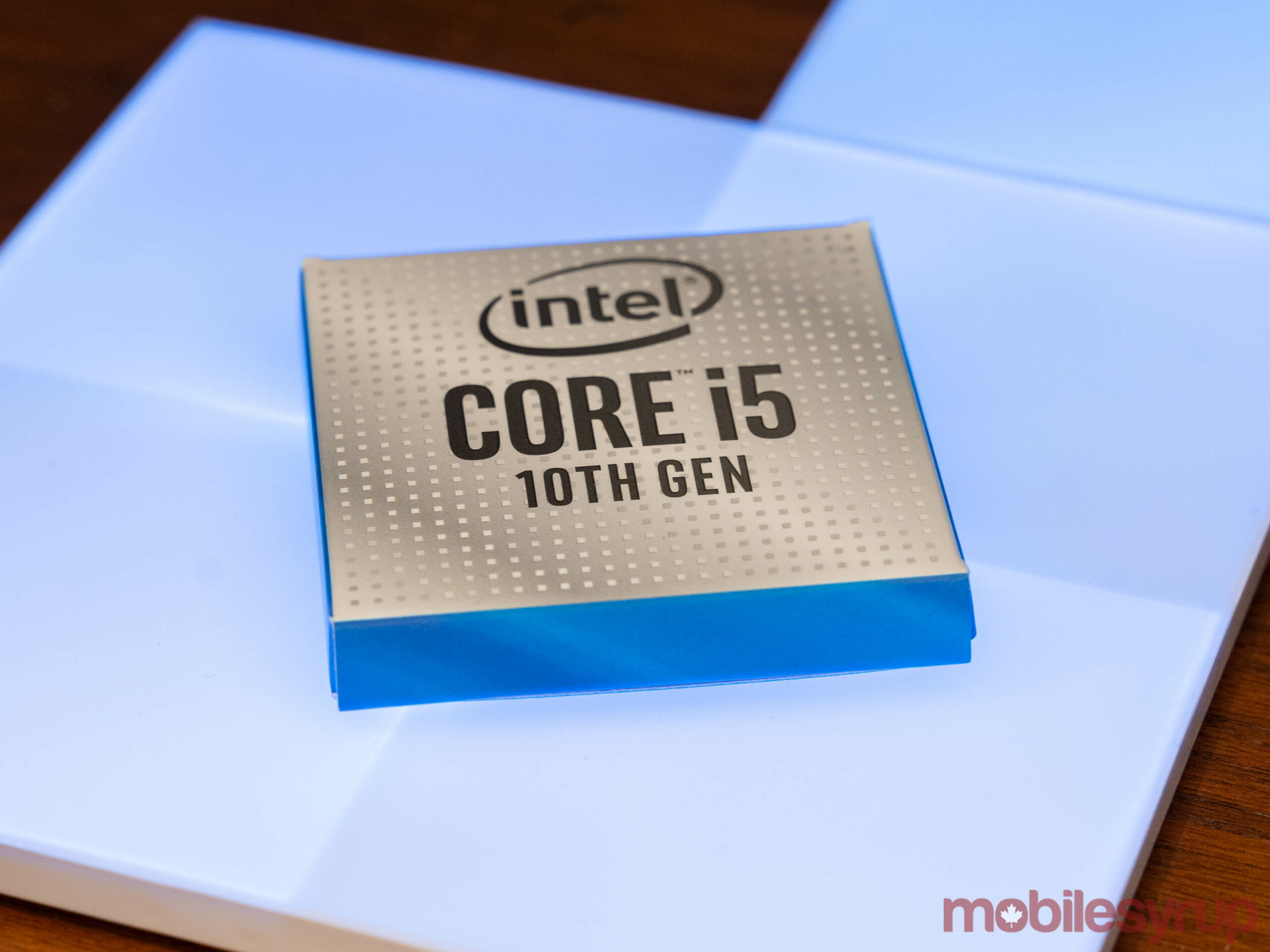 Also worth considering are the drawbacks to upgrading either component. Despite the excellent performance I got from the 5600 XT, I initially had some glitches and crashes. At first, I thought Windows just wasn’t a fan of swapping the GPU. After some troubleshooting and back-and-forth with AMD, it turned out to be related to an older vBIOS installed on the GPU. After updating the vBIOS, everything worked fine.

On the CPU side of things, in my case, upgrading to a new CPU required a whole new motherboard. Changing that is not only an added expense but also a lot of work since you’ll have to essentially rebuild your PC instead of just swapping one component. Not every computer will be in the same boat as mine, however, and if you feel a CPU upgrade is the way to go, make sure to check your motherboard compatibility. With a BIOS or similar software update, you may be able to keep the motherboard and just swap the hardware. 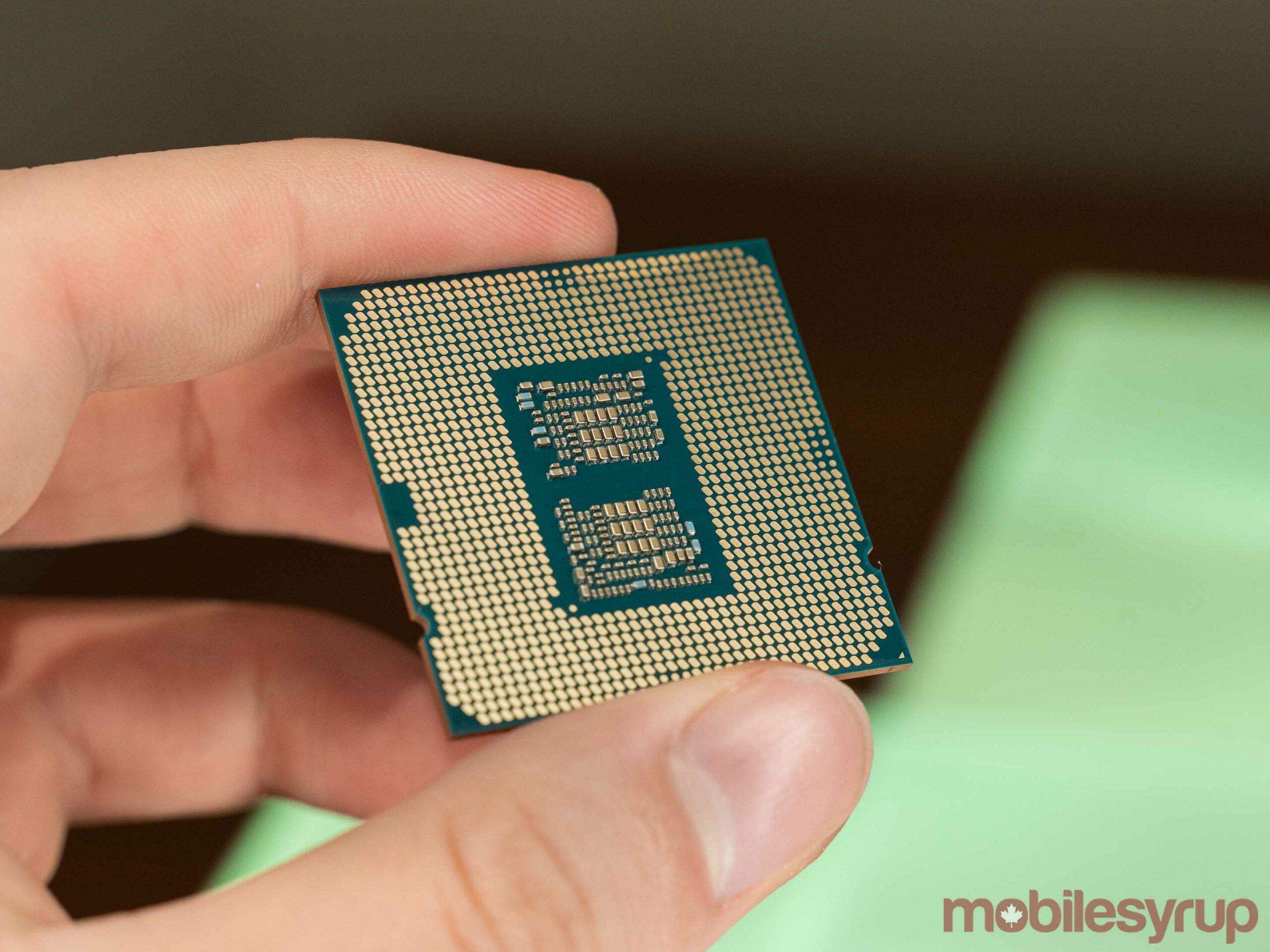 If you opt to upgrade the motherboard and CPU, be prepared for some software bugs. Along with the GPU software issues mentioned above, when I swapped motherboards in my test rig, the audio completely stopped working. In part, this was because something broke somewhere in Windows and I believe it was trying to use the old audio drivers despite cleaning them out and installing the new drivers. It’s also partially because the new motherboard’s audio drivers have some software bugs that need to be worked out.

None of this is to disparage the hardware I tested, but instead to make it clear that, regardless which component you choose to upgrade in an ageing rig, you should be prepared for something to break.

If you can’t afford a full system upgrade, swapping a GPU could give you a boost 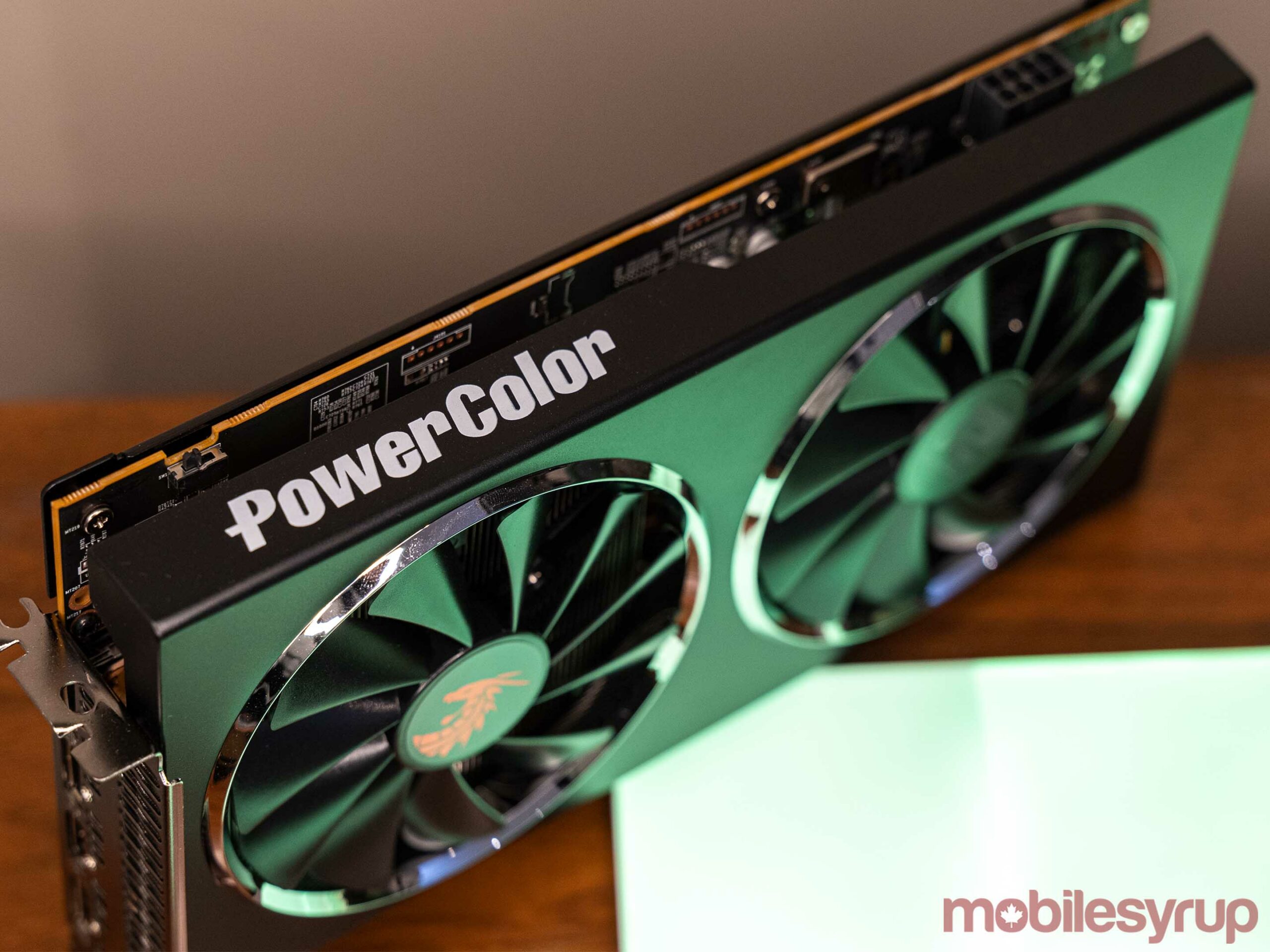 Ultimately, the experiment answered my questions about upgrading specific components of my build.

In my case, I likely could upgrade my GPU to something like the 5600 XT, which you can find for as low as $409 depending on the variant, and get a significant performance boost. While I can’t say for sure, I’d guess the 6500/5600 XT pairing could likely carry me through another year or two of gaming no problem.

The 10600K, however, would likely leave me in the same position I am now without a corresponding GPU upgrade. Considering the 10600K retails for $399, it’s clear where that money should go.

All that said, upgrading both would by far improve performance across the board in both gaming and work tasks.

Since every computer system is different, your mileage may vary. That said, if you’re considering upgrading but can’t go for a full system upgrade, a newer graphics card can definitely help boost your game performance.