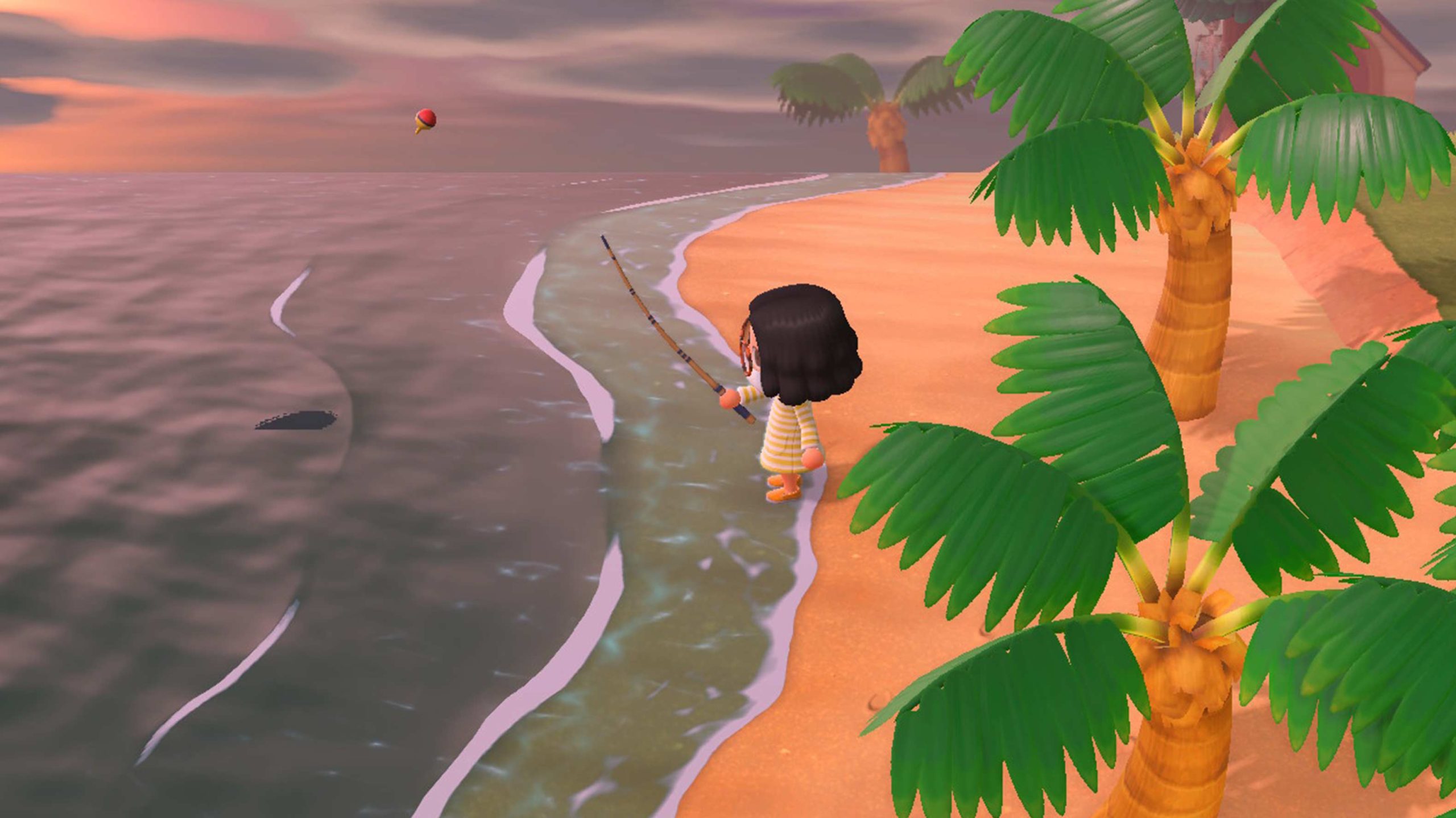 The latest iteration of Animal Crossing brilliantly holds onto the zen-like charm that propelled the series to success in 2001, while expertly packing in modern game elements to freshen up the 19-years-old series.

Animal Crossing first launched on the Nintendo 64 in Japan just after the new millennium with a simple premise; collect money for doing small tasks to pay off your mortgage.

Surprising everyone, players quickly realized these repetitive gameplay mechanics were both fun and relaxing, and the series made it to the rest of the world on the GameCube. Since then, Nintendo has been very careful about adding features to the series, preferring to keep the original Animal Crossing’s formula basically untouched — until now. 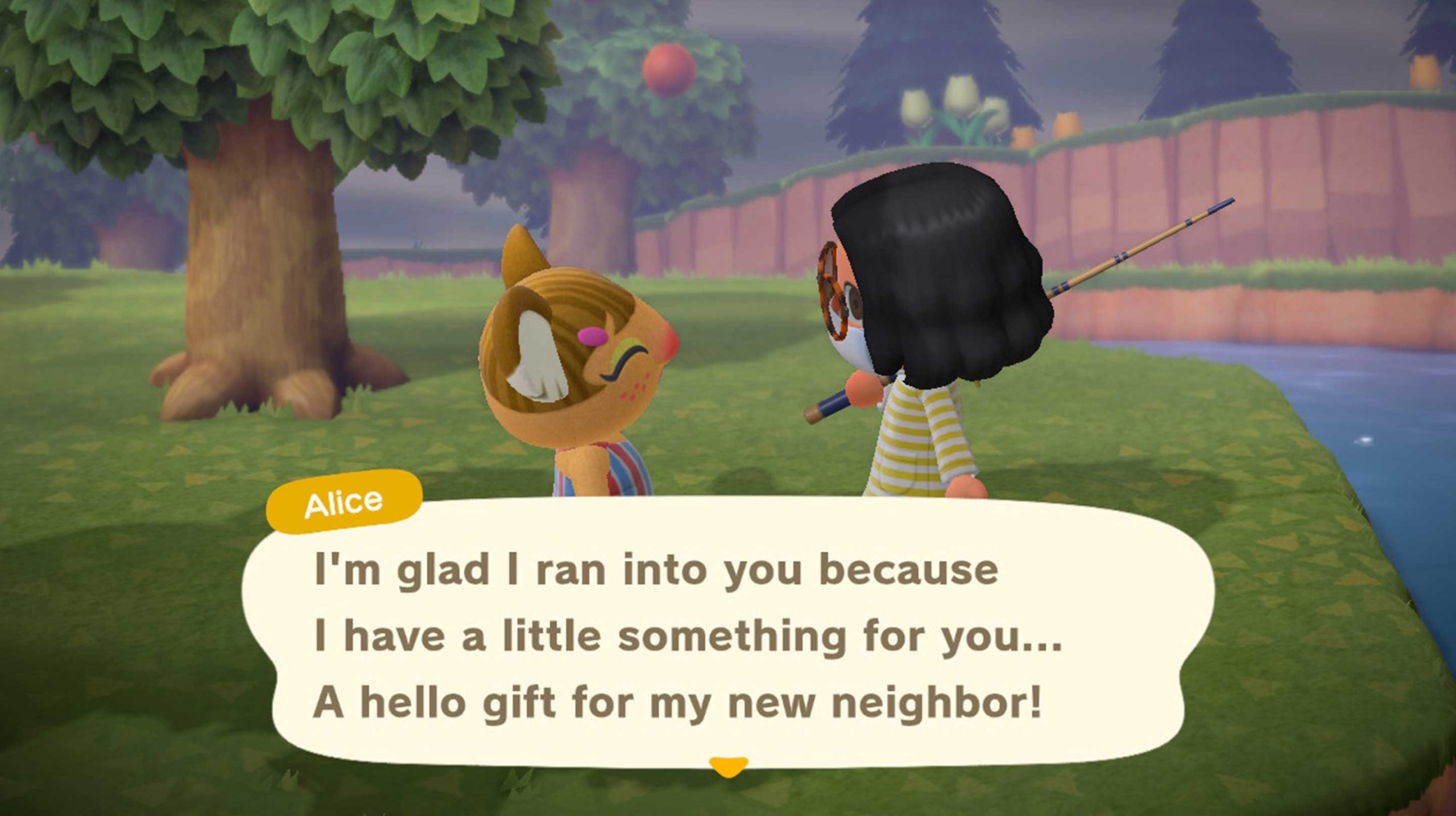 Since your character has stranded themself on a deserted island, even standard gameplay elements from previous games need to be developed from scratch.

In Animal Crossing: New Horizons, everything starts in Tom Nook’s ‘Resident services’ tent — the store, the museum and the town hall all start from Nook’s little green tent in the early game.

Blathers, the character who normally collects insects and fish, shows up on your island later to fill his regular role as the museum curator. 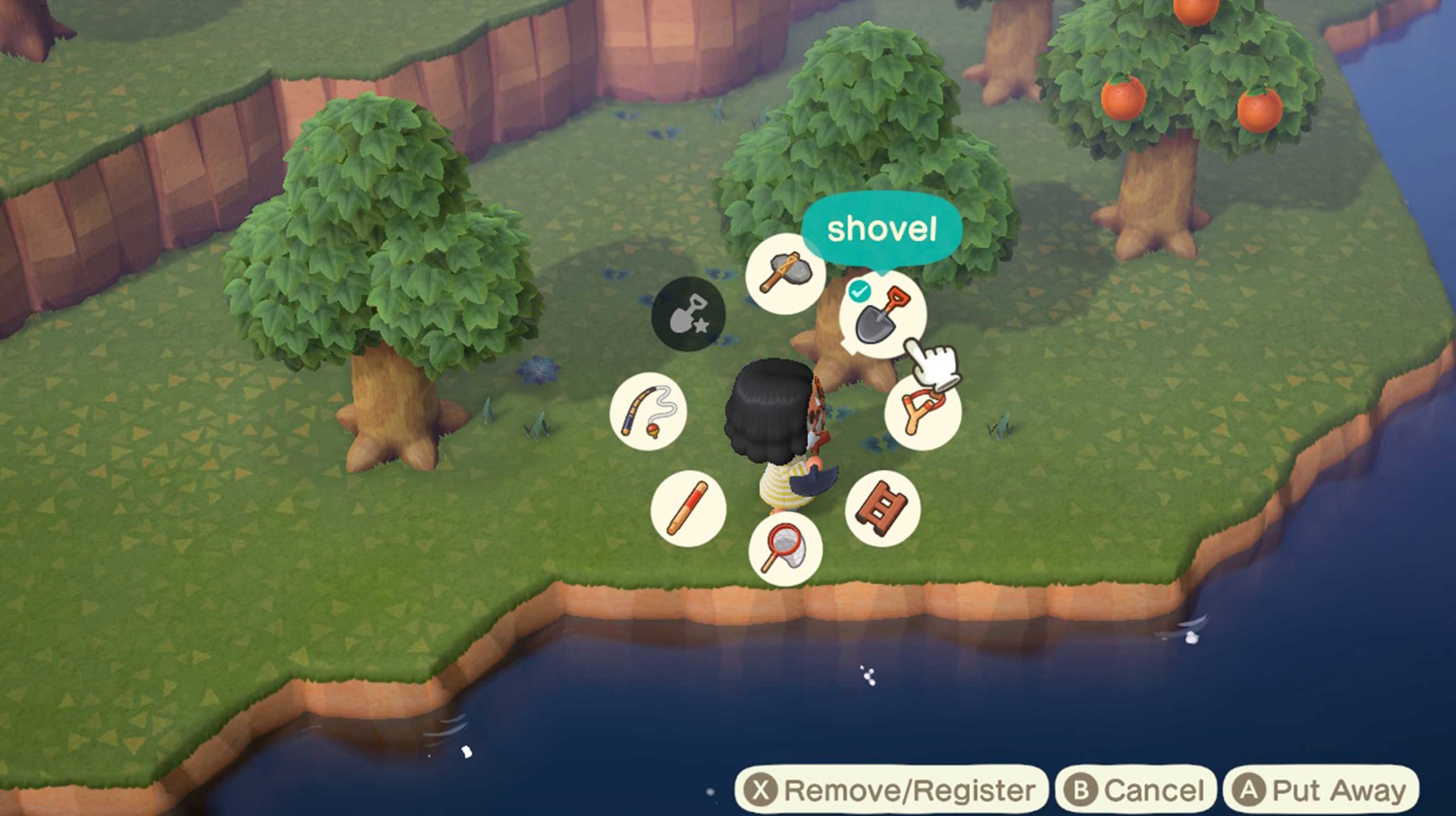 Everything in the game seems to follow this similar formula. You start at a base level, and then the more you play, the better or easier things become and more upgrades present themselves. This idea applies to buildings/shops in your town, tools and even the island itself.

New Horizons even has a great soundtrack that’s is super calming. You can hear soft guitar plucks during the daytime, and the music is just as relaxing at night.

Beyond the excellent soundtrack, the environmental sounds help you become more immersed in New Horizon’s world. If you stand close to the ocean, you hear waves lapping at the beach, and when the rain is pouring, as opposed to sprinkling, you can hear it in the way the water splashes against the ground. Even the way the wind rustles the leaves is a captivating touch. 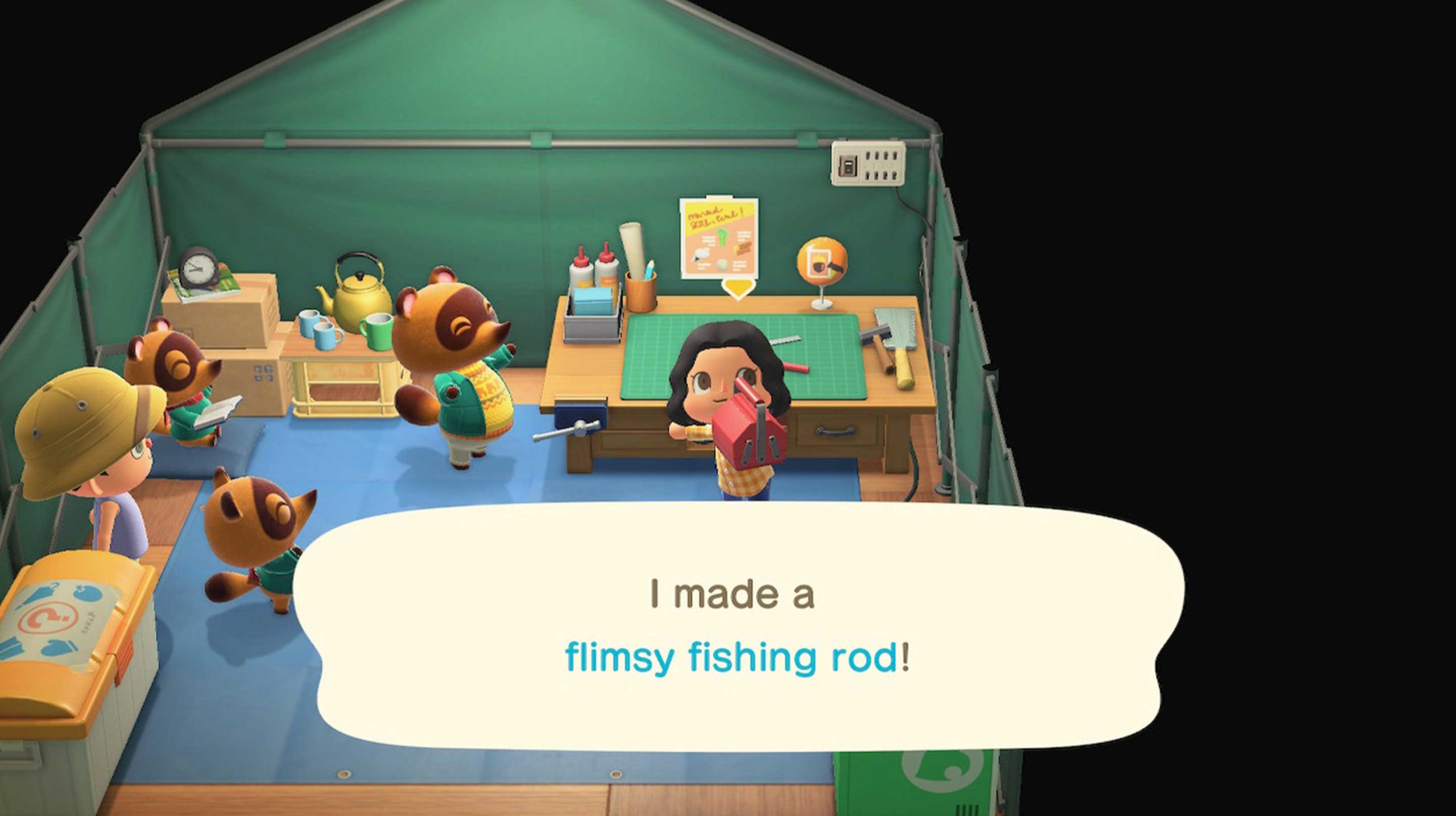 While you can buy most things in the game, a large portion of it now revolves around crafting your own tools and furniture.

You bought everything from the store in the older titles, so this is a bit of a shakeup to the pre-existing formula. You start Animal Crossing: New Horizons not knowing how to craft anything, but if you do all the day one tasks efficiently, you can have a full slate of tools by day two.

Every tool breaks quickly in New Horizons, so the faster you buy upgrade recipes, the sooner you’ll get to craft more reliable tools that last longer. 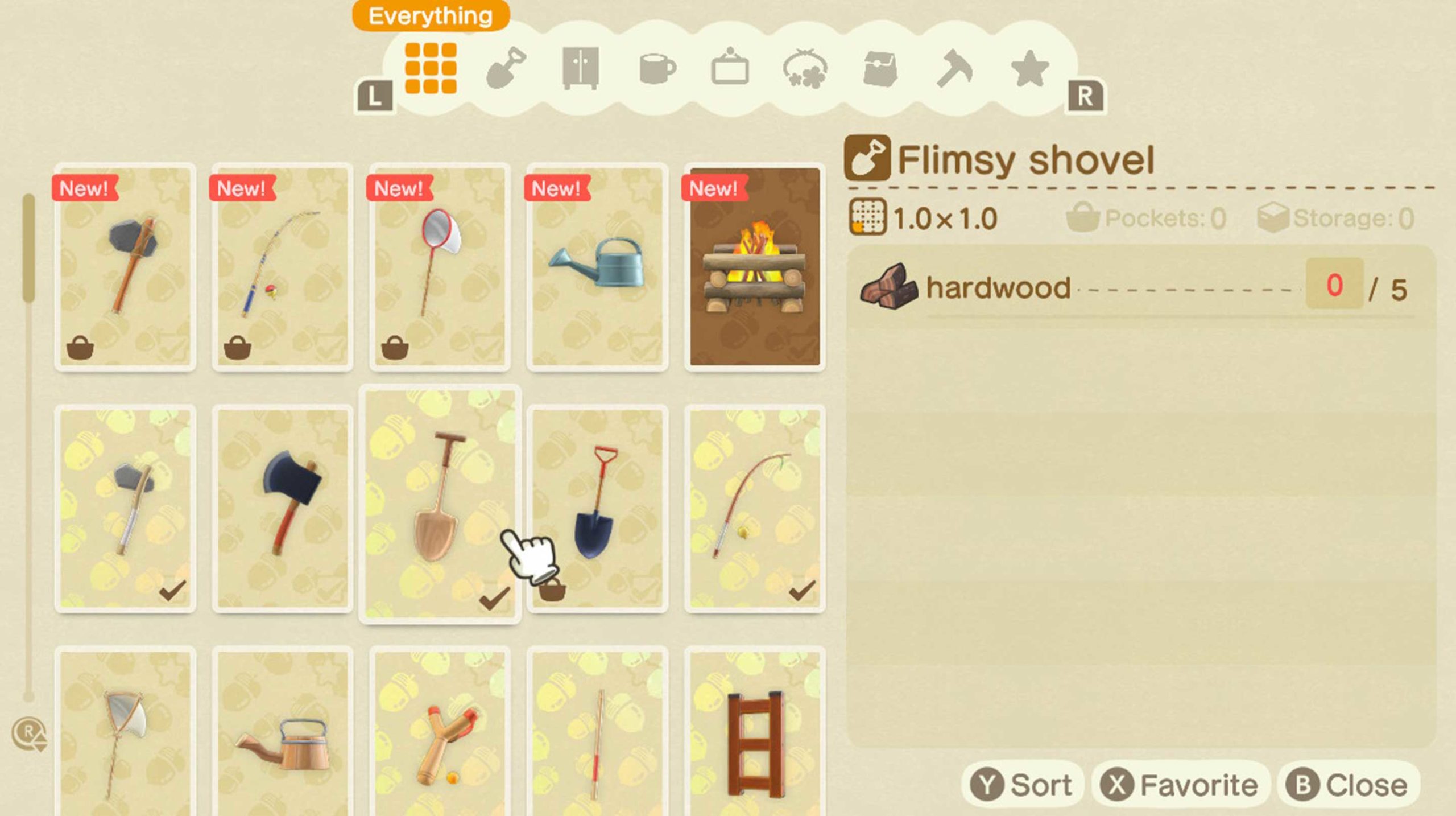 There are crafting resources like iron, stone and a few types of wood that you get from whacking trees and rocks, but you can also use furniture in a crafting recipe. For example, you need to create the ‘Wooden-block toy’ out of ‘Softwood’ to use it as an ingredient to build the ‘Wooden-block stereo.’

While crafting might be an annoying adjustment to some long-time fans of the series, I found it fun and it helped me diversify what I was doing in the game as I played it. This is super important since Animal Crossing done wrong can get stale fast.

In Animal Crossing: New Leaf on the 3DS, I found myself taking the boat to the island to catch beetles every time I played since that was the fastest way to make money.

New Horizons shakes up this formula since to catch bugs, you need to gather a few supplies and craft a few nets before you go out. You can buy things, but I think crafting makes the game more fun.

You obtain ‘Crafting recipes’ in a few ways throughout New Horizons and the longer you play the more recipes you can unlock, buy or stumble upon in more interesting ways. Collecting more and more recipes has become such a thrill in my time playing the game that I’m very happy with how Nintendo handled this new game element.

The best looking Animal Crossing yet 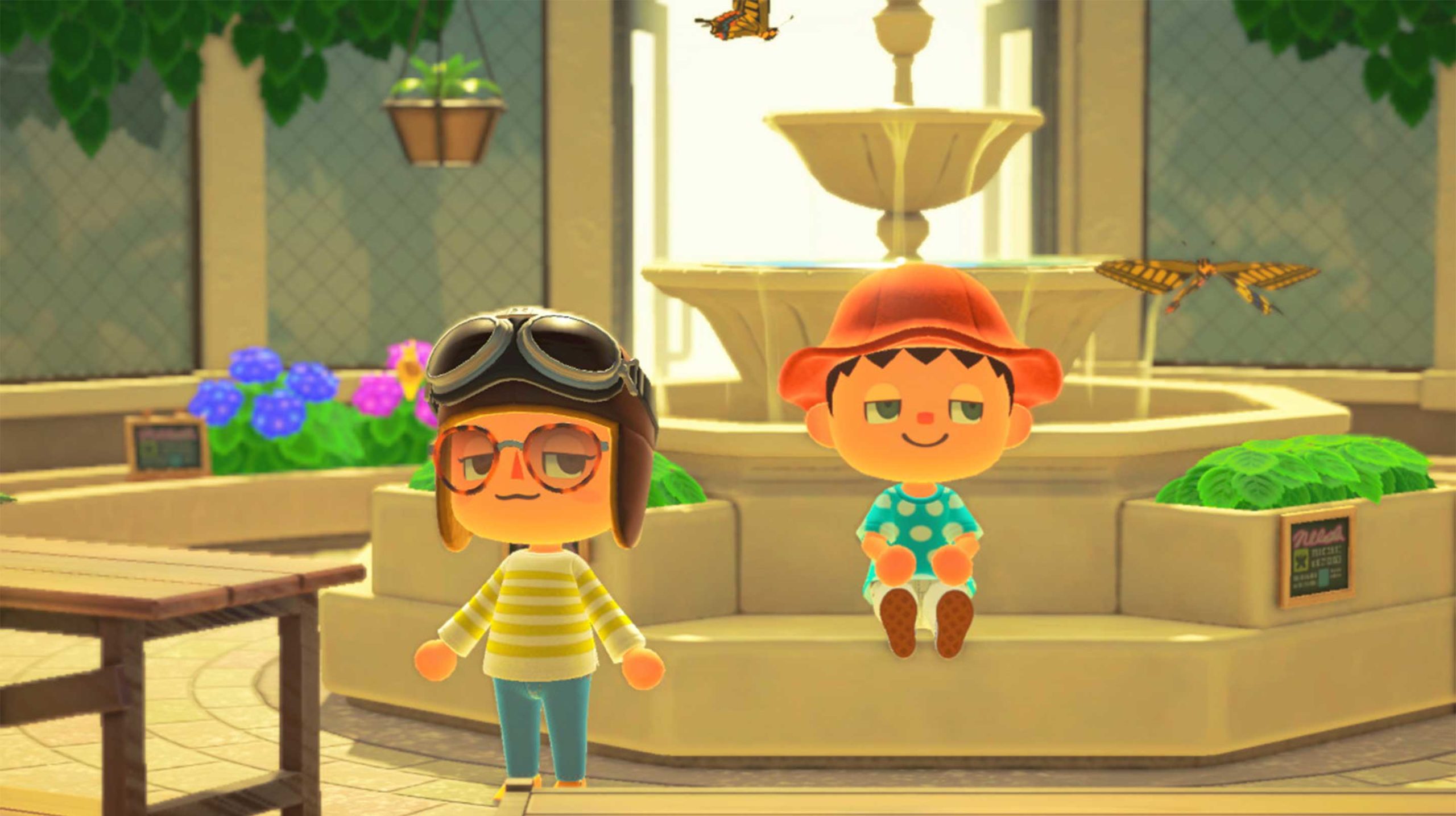 This is the first time that an Animal Crossing game has been on a high-definition capable console and the graphics benefit a ton from the Switch’s increased processing power. This time around, everything has a shadow, and the fuzz on the animals makes them look cuter than they’ve ever been.

The game’s art team was able to add all kinds of tiny details that help the deserted island setting feel exciting, fun and pretty. I won’t go into too much detail, but everything in New Horizons just looks perfect.

Everything benefits from the increased graphics, but the bugs might have received the best facelift. All of the insects are very detailed and they walk or fly around the map in realistic ways, instead of just appearing on a tree or a flower like in older games. 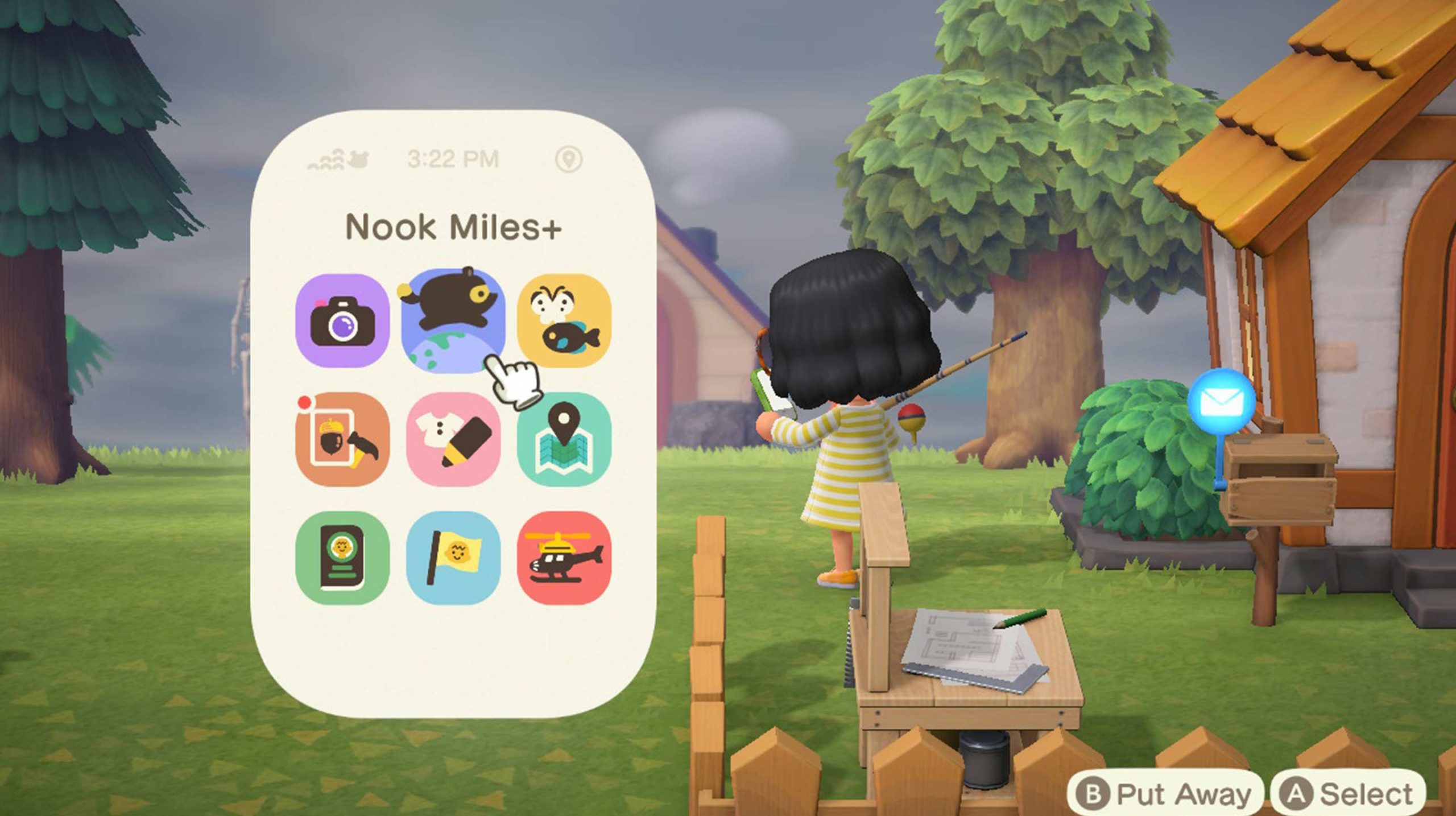 This time around, Tom Nook has a new money-making scheme called ‘Nook Miles.’ You earn these in two ways, and they can be redeemed for tickets to go on a deserted island tour, for character upgrades or for a handful of novelty items.

You earn Nook Miles points by completing simple tasks, called ‘Nook Miles+,’ which consist of things like ‘Catch five fish,’ ‘Cut down a tree’ or ‘Take a picture.’ These are generally easy to get, but they only reward you with a small amount of Nook Mileage points. 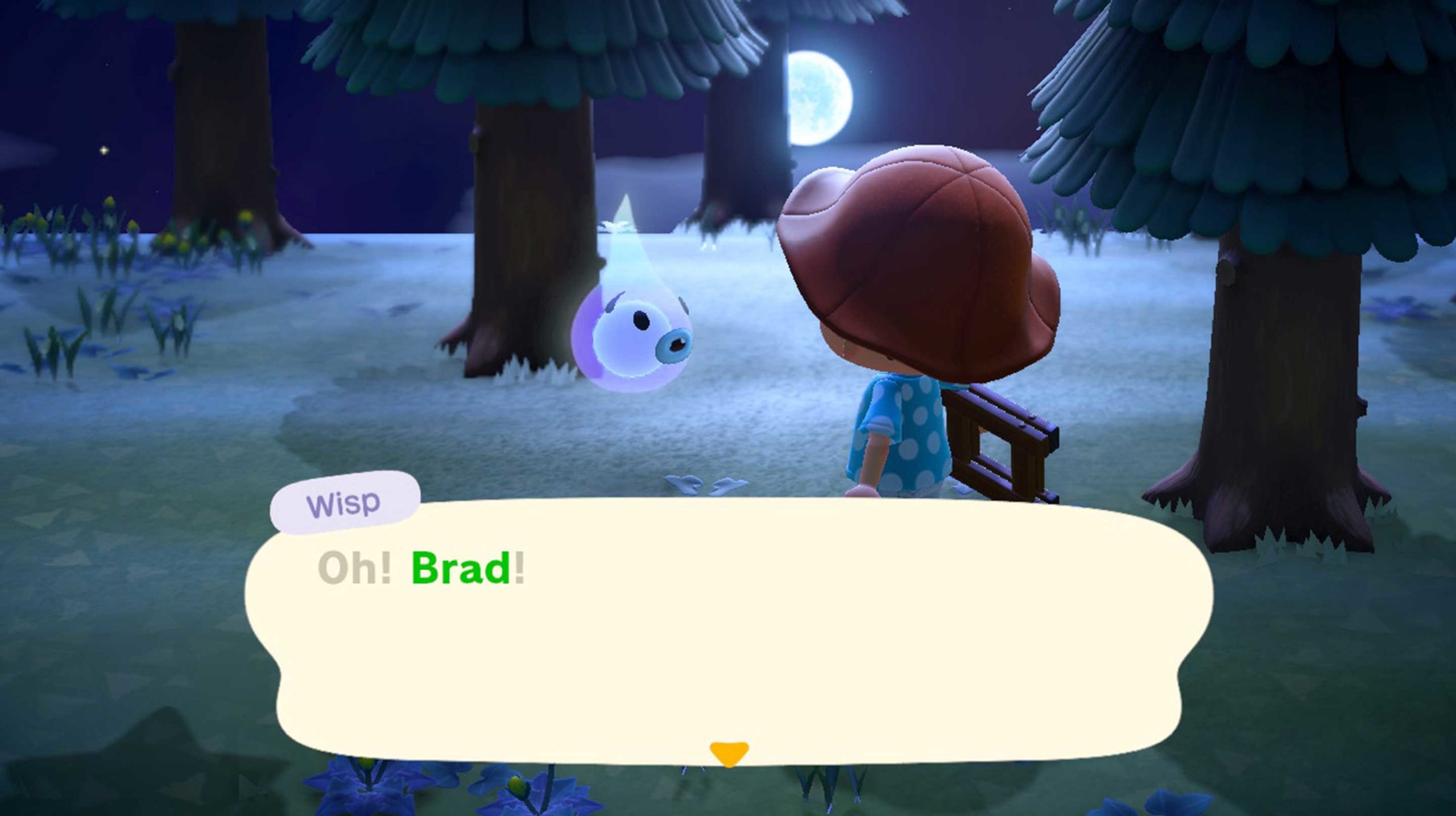 You get more spendable Nook Miles for completing mainline tasks. Some get harder each time you complete them. For example, You get 300 Miles for catching 10 fish, 500 Miles for 20 fish and 1,000 Miles for 50 fish. These end at some point, but there are 81 total tasks so they should last a while. Other tasks are one-offs like get bitten by a spider and or getting 300 Nook Miles.

In the early game, I’ve been getting tons of Nook Miles, but I’m worried that as I get later into New Horizons these will be doled out less since mainline tasks will almost all be done.

It’s better being stranded together 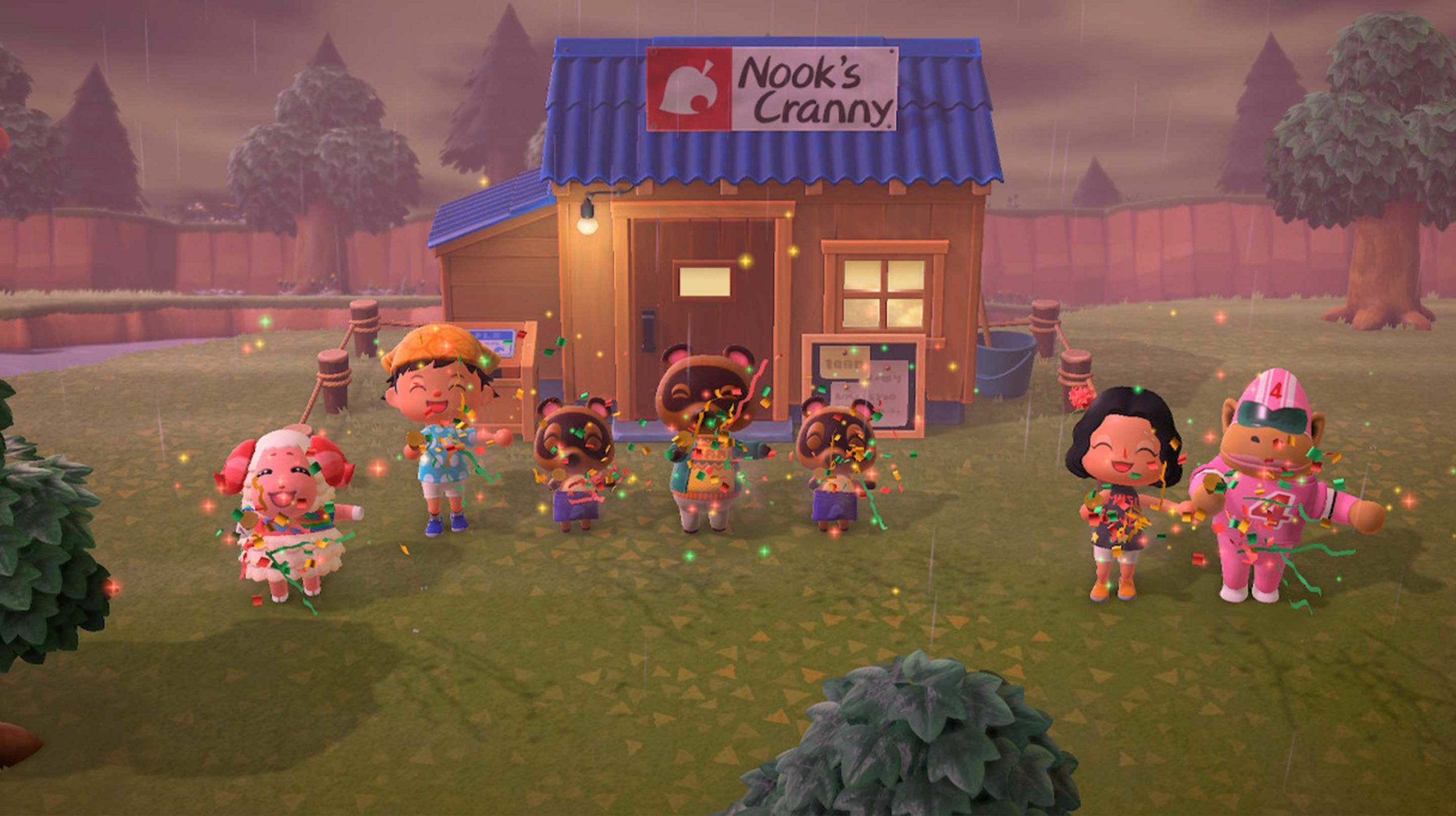 This is the first game in the Animal Crossing series that’s implemented couch co-op and it’s a killer feature. Playing the game at the same time as one of your friends is an enjoyable experience, but it isn’t perfect.

However, I did spend a ton of time on the local co-op. When more than one person is playing on the island at a time, only one of them can be the leader. That said, switching between leaders is as easy as shaking your controller.

When you’re the leader, the game plays the same as usual. When you’re the follower, you can only use the tools you have in your inventory and any emotes you might have equipped to your character. However, things change once you catch a fish or a bug. Instead of going into your inventory, it goes into the ‘Recycle bin’ in the Resident services tent. 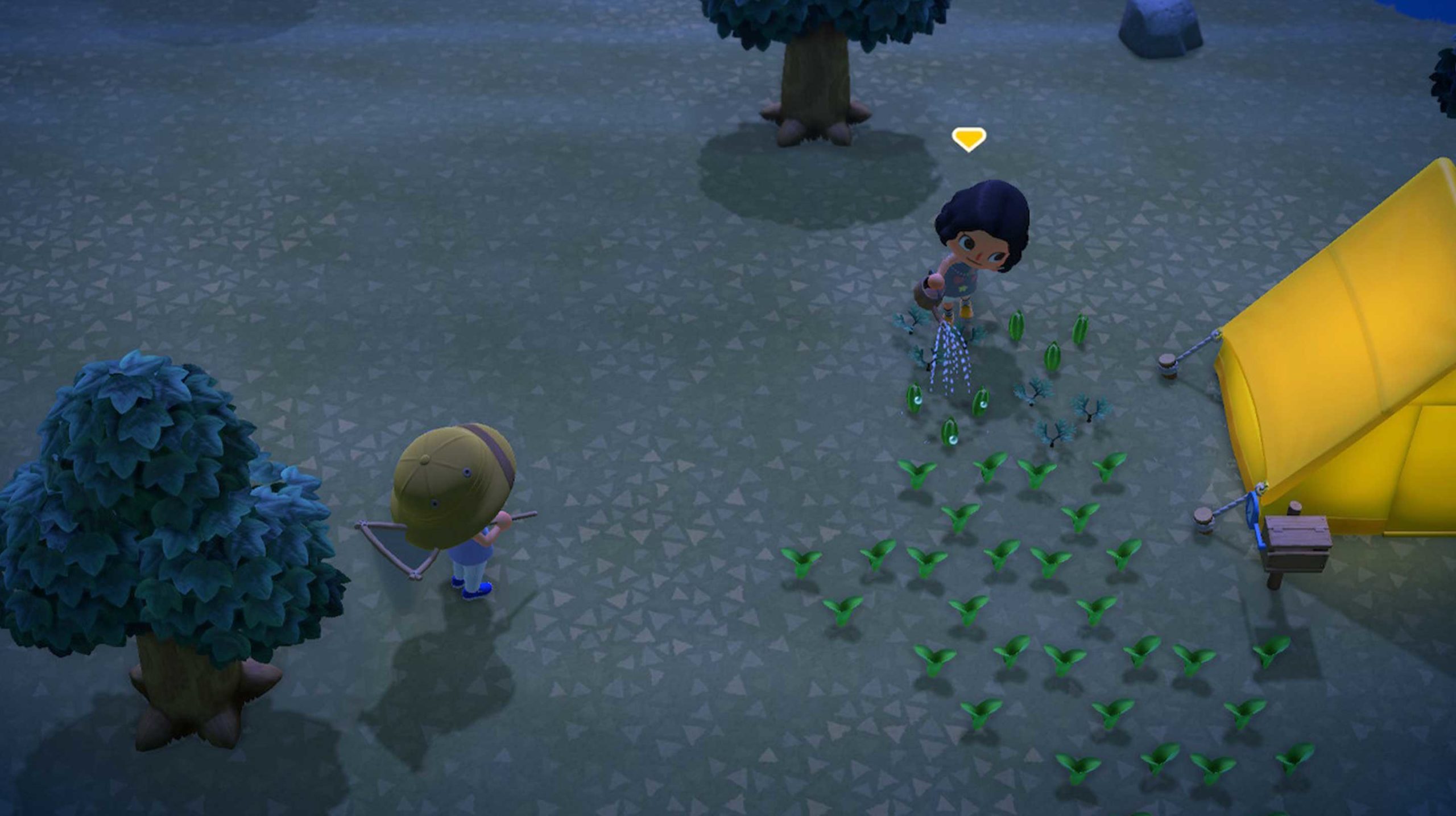 While the second player is pretty limited in what they can do, it does help when you need to catch and sell a bunch of fish or bugs.

It’s a weird feature because I wish you could do more, like pick up items from the ground when I’m playing as the follower, but I’m still pleased Nintendo included it. I have tons of fond memories watching other people play the first Animal Crossing and I wish this feature was included in the series earlier.

It’s also worth noting that you can’t take the plane to go visit the far away hidden islands when you’re playing co-op. For some reason, this can only be done in single player.

Don’t call, I live on a deserted island now 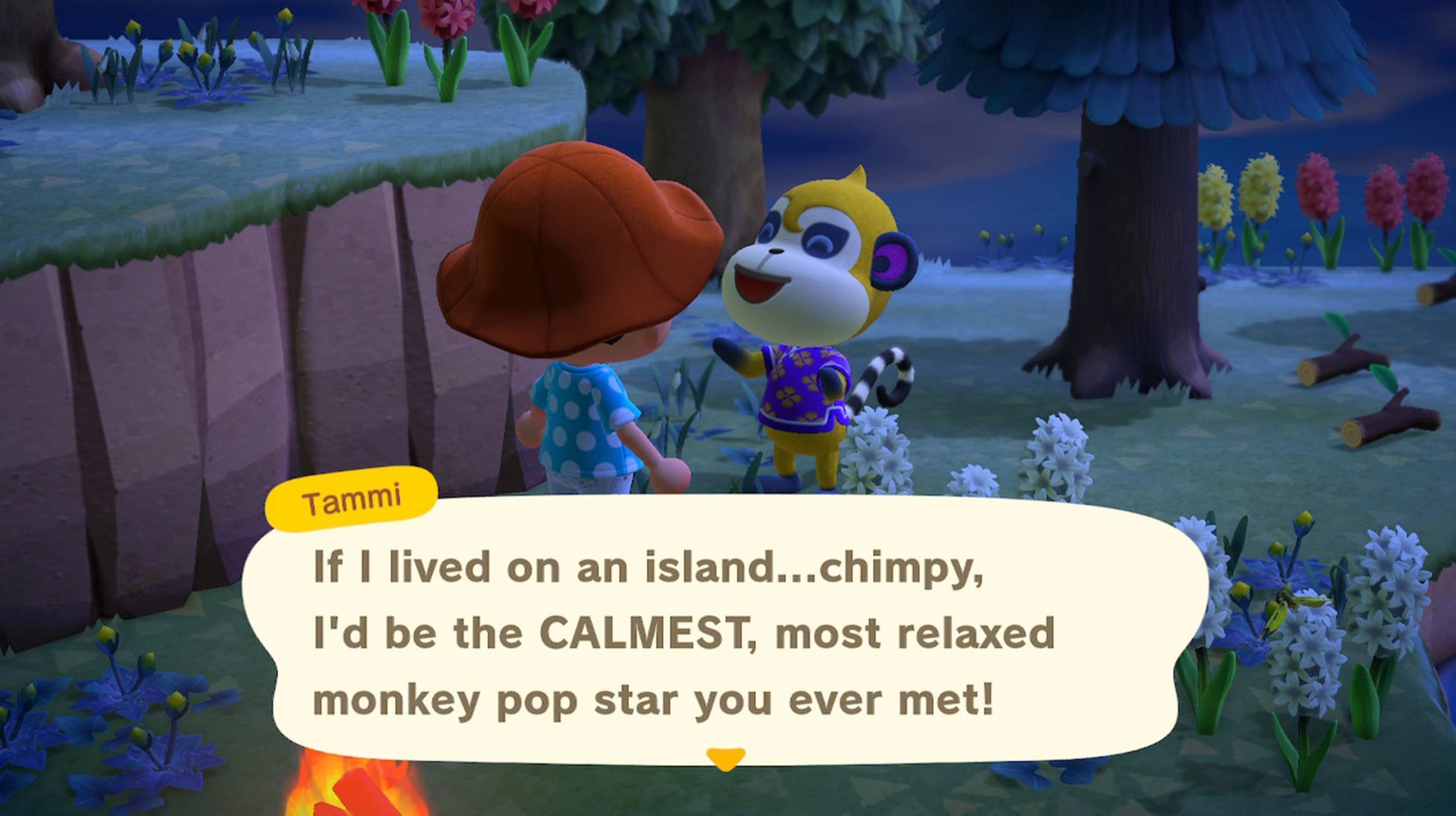 In my time with the game, I kept thinking of it as a puzzle. You get a sense of what it will be like when you start, but the more time you spend with New Horizon’s world, the more it’s revealed to you. By the time you’re done, you’re calm and you’ve enjoyed the simple aspect of making sure everything is in the right place.

In Animal Crossing: New Horizons, the puzzle represents two different things: learning how to play the game and accomplishing tasks, while the other, more literal puzzle, is how you layout the buildings and items on your island.

I think adding all the extra features like crafting should help new players warm up to this ageing franchise, all while maintaining what made it great in the first place. 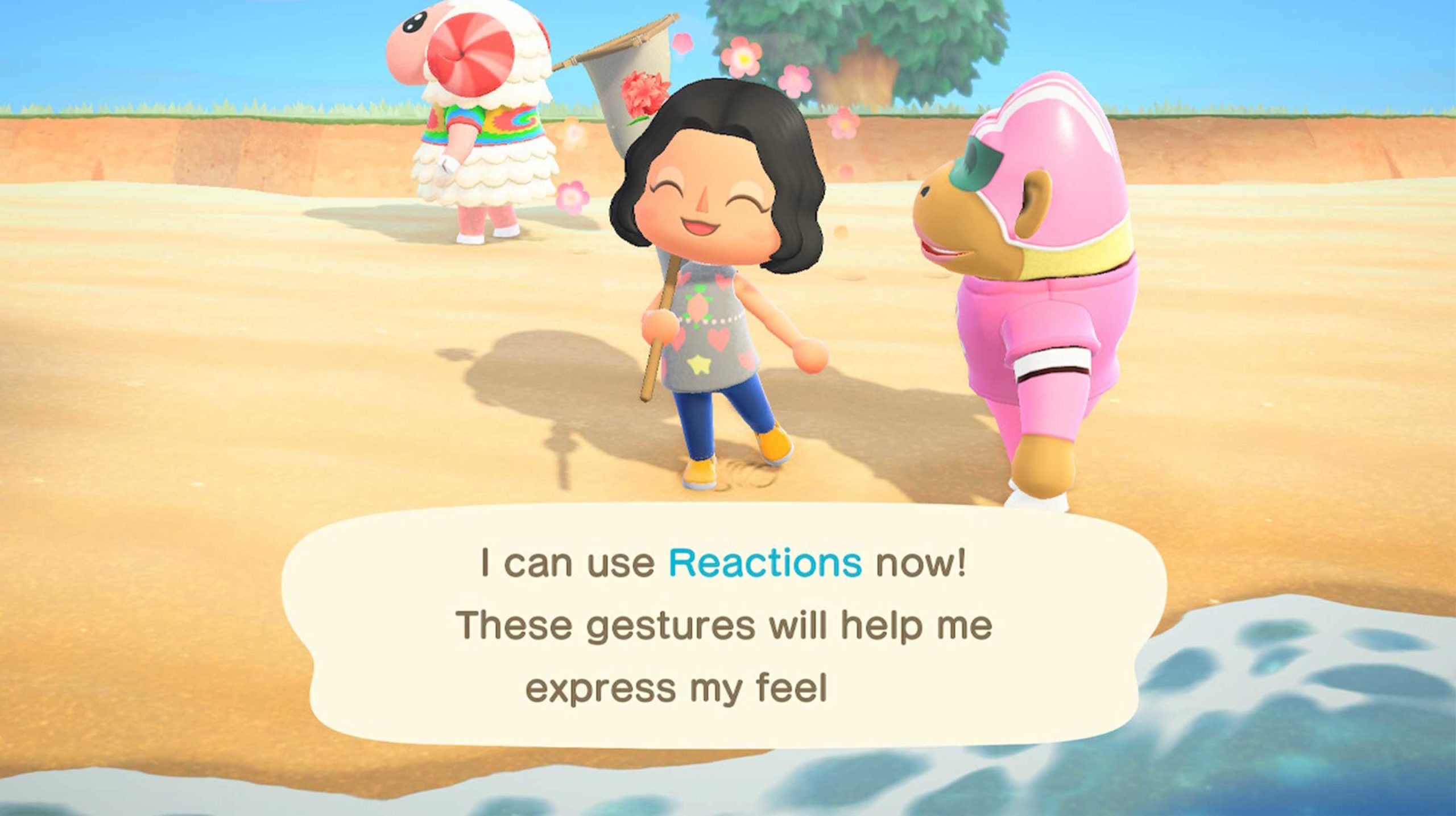 I didn’t even mention it above, but the fact that you can place furniture outside in New Horizons also gives you a whole new area to design beyond your home. Once you get far enough into the game, you can even terraform your island to make sure that the rivers, cliffs and waterfalls are all exactly where you want them.

When I take a step back and look at the title that Nintendo has shipped, I get excited not only when I think about what I’m going to do when I play tonight, but also what I’m going to be able to do in the future. I think that’s the best compliment I can give to a slow-paced life-simulation game like Animal Crossing.