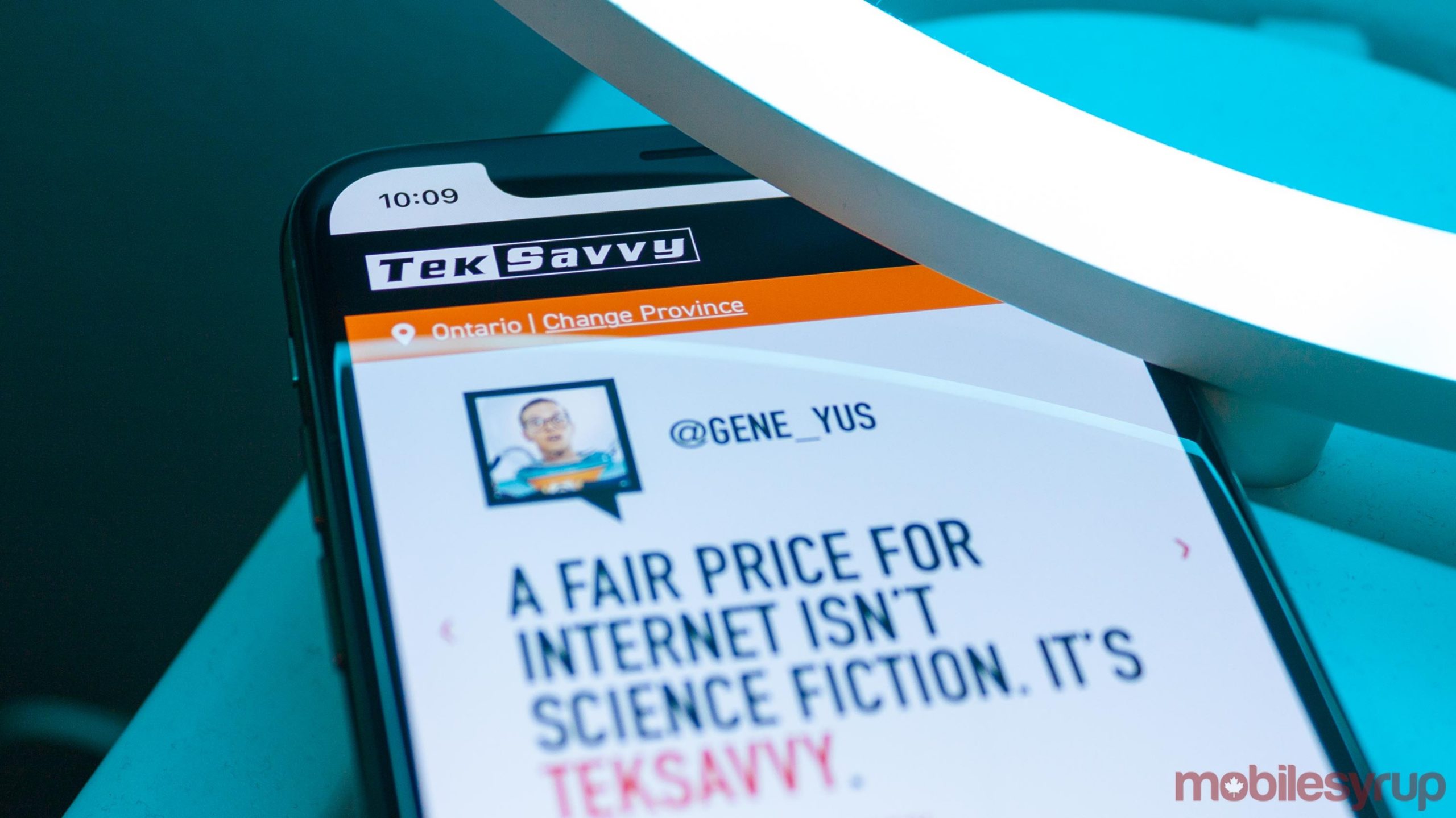 The complaint seeks an investigation into a “pattern of anti-competitive activities in wholesale and retail markets for internet services” that TekSavvy accuses Bell and Rogers of committing, according to a release shared with MobileSyrup. Further, TekSavvy provided this public link to its complaint.

TekSavvy says that those higher prices cost “millions of Canadians hundreds of millions of dollars.”

For those unfamiliar with wholesale rates, TekSavvy and other ISPs in Canada can purchase wholesale internet from companies like Bell and Rogers, then re-sell that service to customers. The Canadian Radio-television and Telecommunications Commission (CRTC) implemented interim wholesale rates in 2016, which were set at a specific level designed to foster competition.

In 2019, the CRTC set final wholesale rates that were lower than the interim rates and said the new rates would be applied “retroactively.” In other words, companies selling wholesale internet would have to pay back the difference. TekSavvy says the CRTC found that Bell and Rogers broke the wholesale rate rules 56 times between 2016 and 2019 and inflated rates for competitors purchasing wholesale access by as much as 900 percent.

However, Bell, Rogers, Shaw, Videotron, Cogeco and Eastlink’s parent company, Bragg Communications, appealed the CRTC order. The carriers received a stay of the CRTC order until the court’s final decision.