So far it seems like Android 11 is going to be full of small, iterative updates 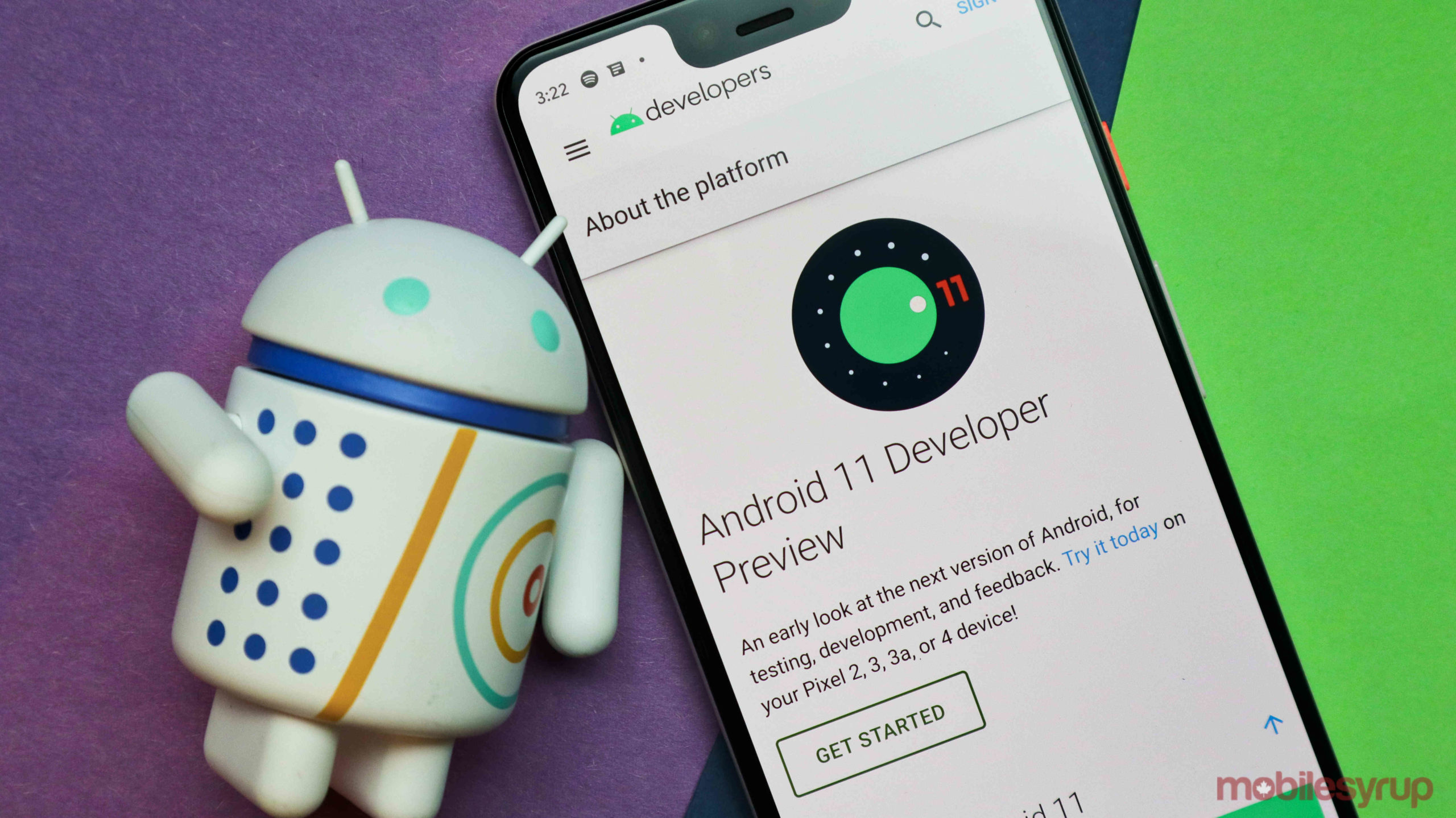 The Android 11 Developer Preview has dropped, revealing several new features users can expect in Android 11 when it launches in Q3 2020.

This post will be updated every time we uncover new features, so make sure to check back every once in a while. It’s also worth noting that some of these features might change before the full Android 11 release, while others might not even make it into the final build at all.

It’s been discovered that Google is testing a new way of letting users control media playback. Instead of the controls being their own notification they’ll be squeezed into the quick toggle area. This should help clean up users’ notification shade, but it does come with some drawbacks.

In Android 10 this feature also shows a progress bar that you can scrub through to jump into the middle of a podcast, but it looks like you’ll need to open up your audio app to do that in Android 11. Overall this is a stylish change that seems to make the notification area on Android more like iOS’ ‘Control Centre.’ 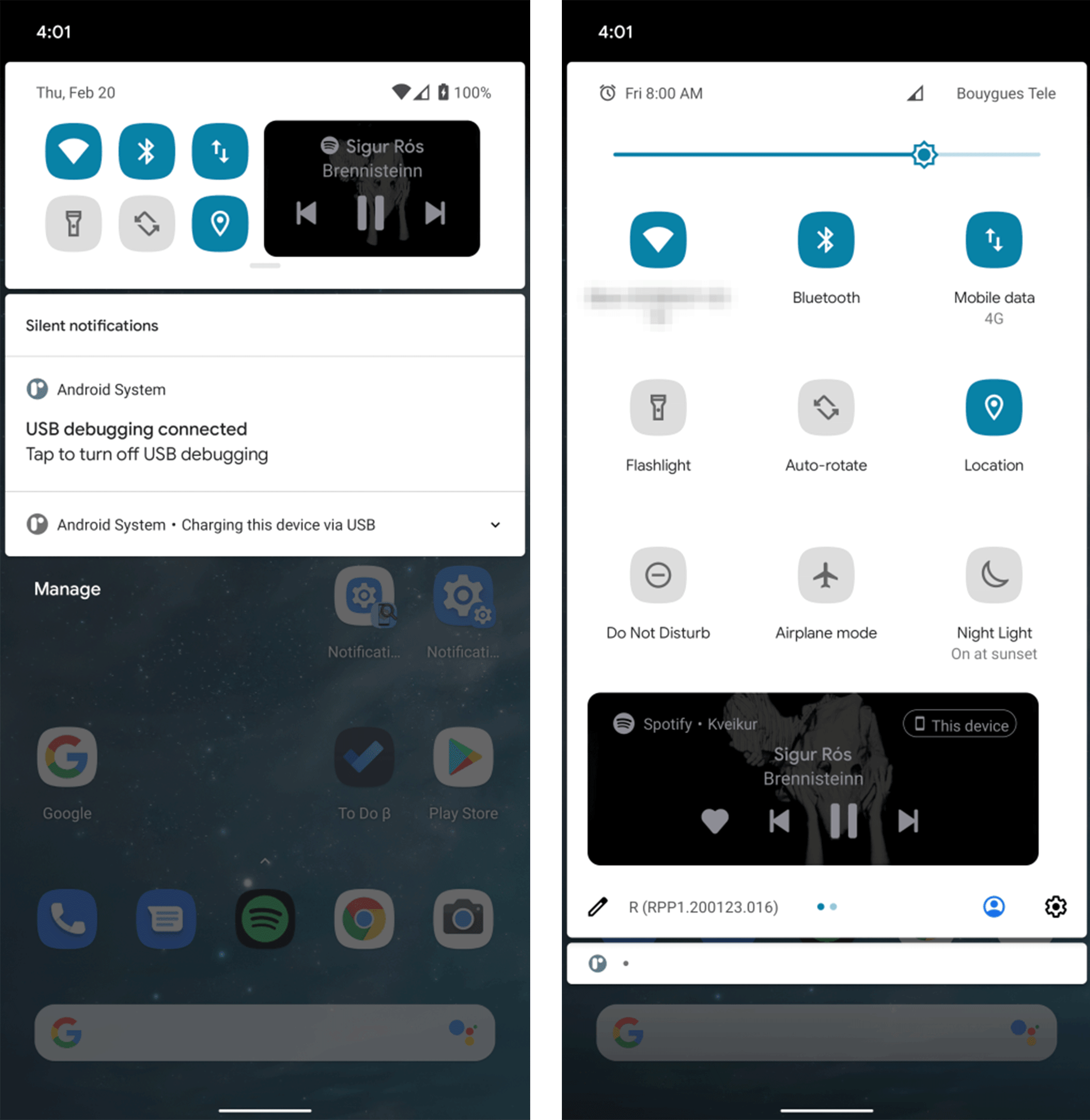 Chat Bubbles were an experimental feature in Android 10, but now Google is doubling down on them with Android 11.

If you’ve ever used Facebook Messenger on Android 10, then you’ll be familiar with this feature. It stacks a list of conversations to the side of your screen so you can interact with them from anywhere.

The Google Phone app was also testing Bubble integration with Android 10, which allowed you to hang up a call from anywhere.

Google’s developer site says that users will need to opt-into this feature the first time an app launches it. For example, if you opened Messages and it asked if you want to use Chat Bubbles, you can either accept or deny this.

This feature is pretty self-explanatory. When you’re recording a video on your phone with Android 11 it mutes notifications so they don’t disrupt whatever subject you’re trying to capture.

This feature is specific to the Pixel 4. In the Android 11 Display Settings menu, users can enable a feature called ‘Increase touch sensitivity.’ The blurb below this says that it will make the phone easier to use with some screen protectors.

It will be interesting to see if this setting also helps people interact with their phones while they have gloves on.

Users will now have the option to allow an app to access a feature like the camera, microphone or location, but only once. Previously, users could only choose from two options when enabling an app’s permissions — ‘Allow all the time’ and ‘Allow while using the app.’ Alternatively, they could deny a permission if they didn’t want an app to access something.

This new update will let you block apps you don’t trust from using your phone’s hardware until you need it.

It will be up to governments around the world to adapt to this one, but XDA Developers say that Google is working on adding a secure way to add a digital version of your ID to Android.

This could include e-passports, digital versions of insurance information and more.

Updates are getting more modular

You may have heard of Google’s project Mainline in the past. It breaks the OS into a handful of distinct parts that can all be updated separately. In Android 11, Google has broken out another seven aspects from the main OS to make them updateable through the Play Store.

This should help make Android easier to update in the future.

This little feature will make it easier for app developers to use smartphone manufacturers’ biometric login options, like fingerprint and face scanners.

In Android 11, Google is adding new levels for ranking these login options, ranging from one to three. For example, a low-level login might be a cheap face unlock that can be fooled by a picture, while something more secure like a fingerprint would be rated more highly.

There’s a new quick toggle option in the notification shade that allows people to record their screen easily.

Android 11 is taking the operating system’s dark theme to the next level by allowing users to schedule it to come on at a certain time each day, or turn on and off with the sunset and sunrise.

Update 19/03/20: Dark theme scheduling was actually part of the March security patch and is now available on Pixel devices.

Conversations get their own notification group

Google has added a new conversation section to Android 11 called ‘Conversations.’ This section will highlight messages from apps that support it above all of your other notifications.

This is super handy since it means that random notifications from apps won’t overshadow your conversations with friends. It’ll also mean that Android now has three notification tiers: ‘Conversations,’ ‘Normal’ and ‘Silent.’

You can also long-press on a Conversation notification to get more options. In this beta, you can turn that conversation into a bubble, favourite it, snooze it or mute it.

In Android 11, you can use the Pixel 4’s Soli Radar chip to pause music on your phone without touching it. To pull off the gesture, hold your hand over the phone’s screen and tap the air.

XDA Developers also notes that it seems like Motion Sense is slightly improved overall in Android 11.