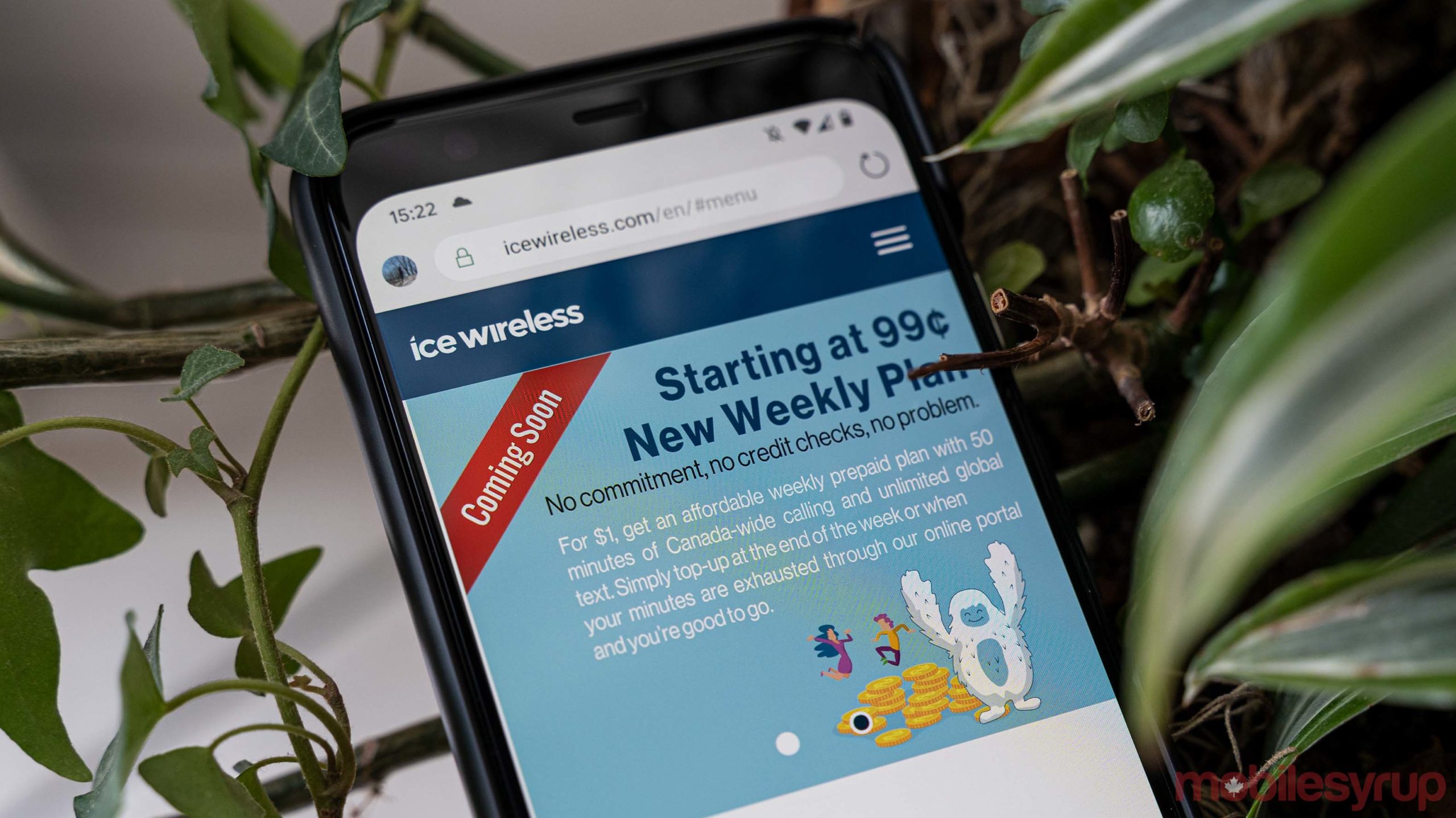 The $0.99 plan will be available starting March 15th and will be the first of the new weekly prepaid plans launched by Ice. In a press release, the carrier said that the plan includes basic service, with 50 minutes of Canada-wide calling, unlimited global text messaging, call forwarding and caller ID. Yup, all that for just $0.99 per week.

Further, Ice says its other weekly plans will range in cost from $0.99 to $5.99. Additionally, the plans will be available in Ice’s operating area, which includes the Yukon, Northwest Territories, Nunavut and northern Quebec.

On top of that, customers will be able to order the new plans online and get a SIM card delivered within three to seven business days. Ice charges a one-time activation fee of $9.99, which includes the shipping cost for the SIM.

“If we can do this in Canada’s North, where network costs are higher, there’s no reason we can’t do it in other parts of the country, if we’re allowed. Canadians are tired of being gouged by the Big Three wireless oligopolists. It’s time for real wireless competition to go national, not simply be limited to Canada’s North,” said Samer Bishay, Ice Wireless’ president and CEO, in the release.

“Even at 99 cents per week we’re making money, so look at your wireless phone bill and just imagine how much money Rogers, Telus and Bell are making off customers.”

Further, Bishay said that the weekly billing cycle could be beneficial for those on a tight budget.

Customers can view Ice Wireless’ plans on its website. However, the new weekly plans aren’t live on the website yet.