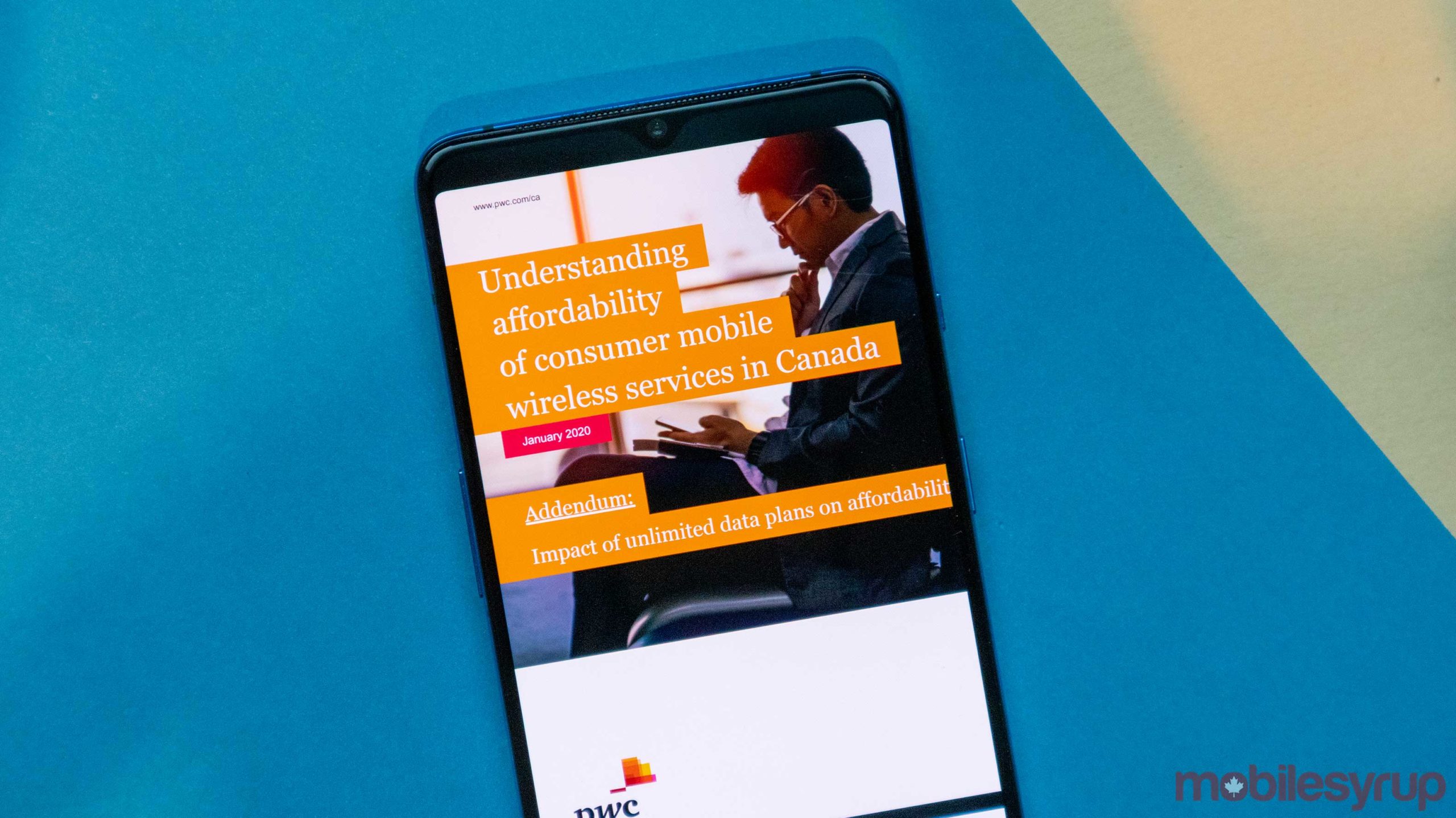 A new report from PricewaterhouseCoopers (PwC) finds that unlimited data plans in Canada are actually a huge boost for people across the nation because they eliminate overage fees and bring up data consumption.

Canada is in a particularly strong position among other G7 countries regarding PwC ranking it as the number one unlimited data offering considering its analysis across speed, latency, the price per GB and access.

PwC finds that the Canadian plans from Bell, Rogers and Telus are expected to reduce overage fees by 80 percent by the end of 2020, increase subscribers’ overall data usage, increase overall data affordability by six percent and reduce the average price per gigabyte by 50 percent compared to 2018.

This is significant news since in 2018 Canadians spent roughly $1.4 billion CAD on overage fees.

The firm backs up its claim that users will consume more data by quoting Rogers’ Q3 2018 management and analysis report, which said, “users who switched to unlimited data plans consumed 50% more data than their tiered plan counterparts.”

Another interesting fact from the report states that in 2018, 85 percent of Canadian wireless subscribers had a data plan. This number is expected to grow.

The analysis also found that users with unlimited data plans watch a lot more video on their mobile devices. When the U.S. began offering data plans a few years ago, people generally used 89 percent of their unlimited data for watching videos. In Canada, Netflix and YouTube are the most popular video streaming platforms.

Regarding methodology, the firm used previous CRTC reports to determine voice and data overages and the number of subscribers to base its analysis on. A separate CRTC survey related to data overages helped inform the firm about Canadian data overage statistics.

You can read the full report and methodology by checking out the report here.