Google’s ‘Labs’ program is making a return along with some new, experimental features for Android devices.

For those unfamiliar with Labs, Google used to offer it in several apps as a way to test out experimental new features. It was discontinued, but now Labs is re-emerging in the Google app. It brings with it two new features: pinch-to-zoom and a new screenshot editing tool.

9to5Google reports that the feature began rolling out to users in the Google app over the last month. It should now be available for nearly everyone — it’s present for me on both a Pixel 4 and OnePlus 7 Pro. To access it, open the Google app, tap ‘More’ in the bottom right corner, then ‘Labs.’

As mentioned up top, there are only two experiments at the moment. The first enables pinch-to-zoom on search results in the Google app. It’s a welcome addition, but until this experiment rolled out I didn’t even realize the Google app was missing pinch-to-zoom. It’s worth noting you may need to close or restart the Google app to get it to work as intended, and the function can be a bit buggy at times. 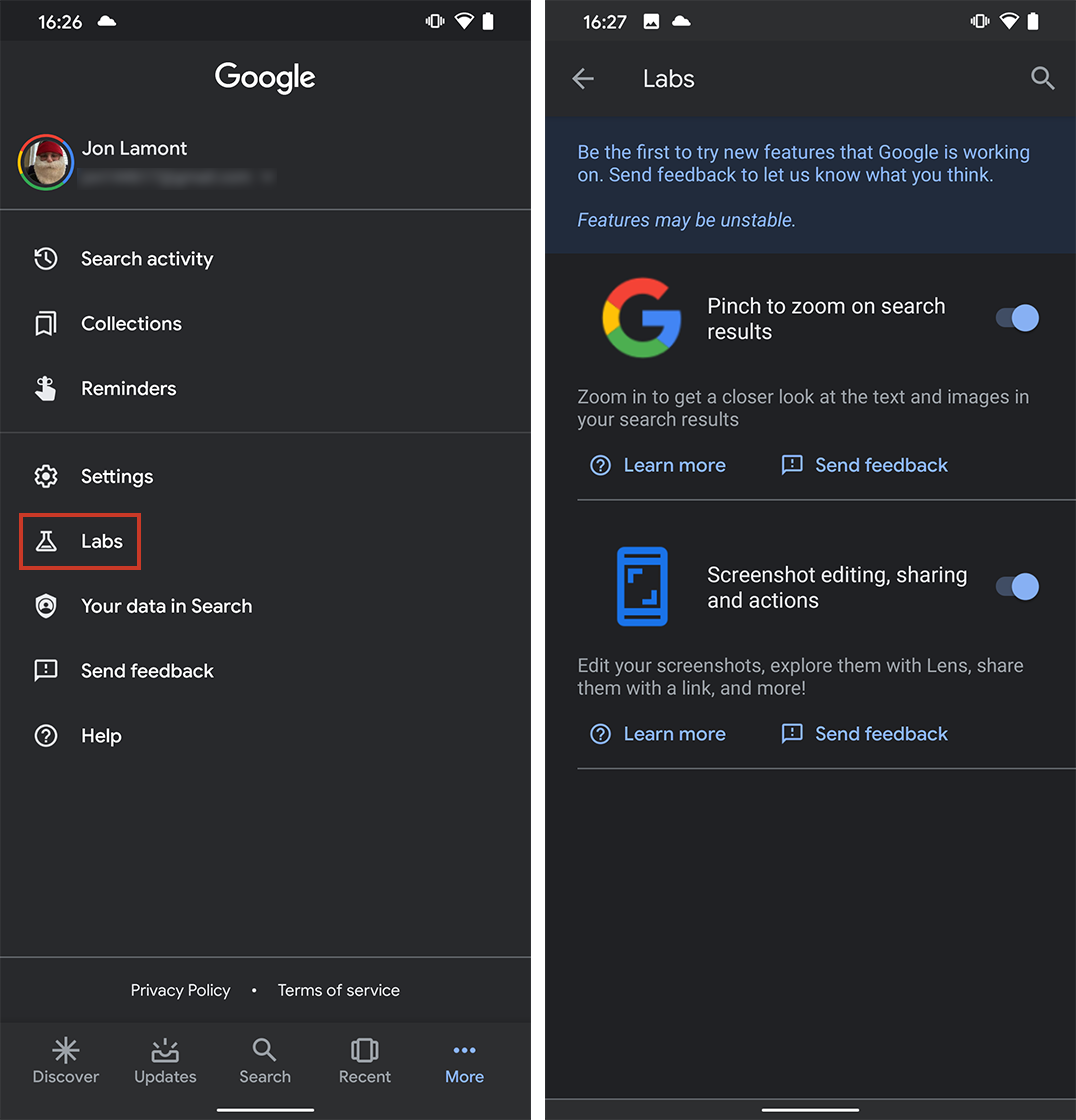 The other experiment enables a new screenshot editing and sharing interface. The interface began rolling out to some users under the name ‘Smart Screenshots.’ It simply adds a toolbar to the bottom of your screen sporting Google Assistant’s four-colour band and buttons to edit, share or use Lens on the screenshot. There’s also a fourth quick link to share the screenshot to a commonly used app.

While the new screenshot feature did work on the OnePlus 7 Pro, it was quite buggy — the buttons were cut off by the bottom of the screen. Further, it seemed not to play nicely with OxygenOS’ modifications to the screenshot process, so your mileage may vary on this one. 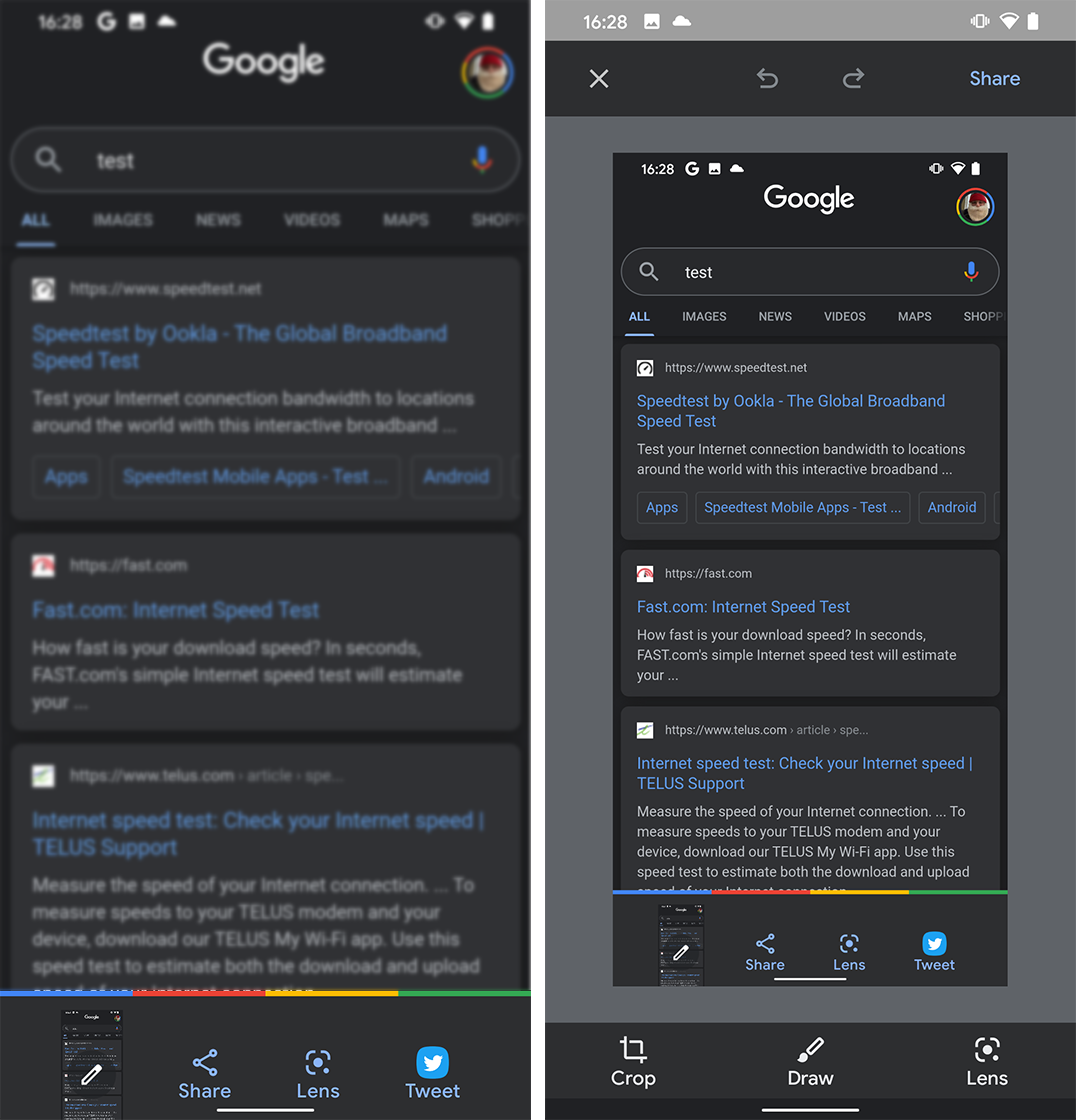 Overall, the addition of Labs doesn’t change a whole lot for most people. Hopefully it will lessen Google’s reliance on A/B testing, which rolls out new features to small groups of users.

With Labs, those who want to use the latest in-progress features will be able to do so, while those who don’t or don’t care about having the latest new features right away, can ignore them.