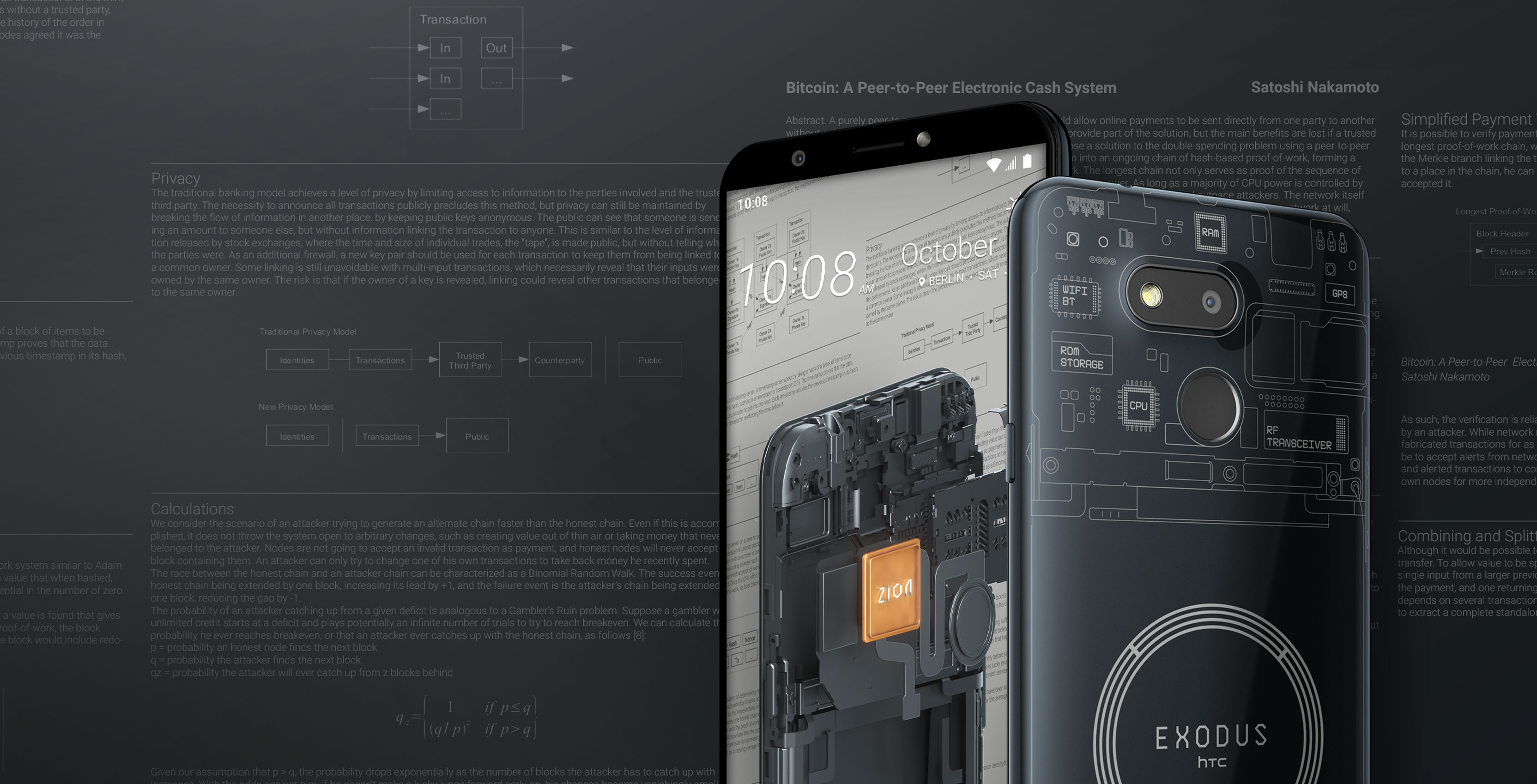 HTC has announced the launch of its new smartphone, the Exodus 1s, at the Lightning Conference in Berlin, Germany.

This device isn’t a successor to the original Exodus, but a midrange variant that’s more affordable and offers the full Bitcoin node. The full node allows users to make trades as well as send and receive cryptocurrency. Additionally, the full Bitcoin ledger is currently at 260GB, which can be stored on-device if the user buys an SD card.

The phone will cost €219 or 5990 Taiwan dollar (TWD), which is equivalent to $320.87 CAD. You can also purchase the device with cryptocurrency, like Bitcoin, Etherian, Litecoin and more.

The Exodus 1s will initially launch in Europe, Taiwan, Saudia Arabia, and the UAE.

Currently, the device has no Canadian release date; however, according to HTC, it’s “exploring future territory releases.”