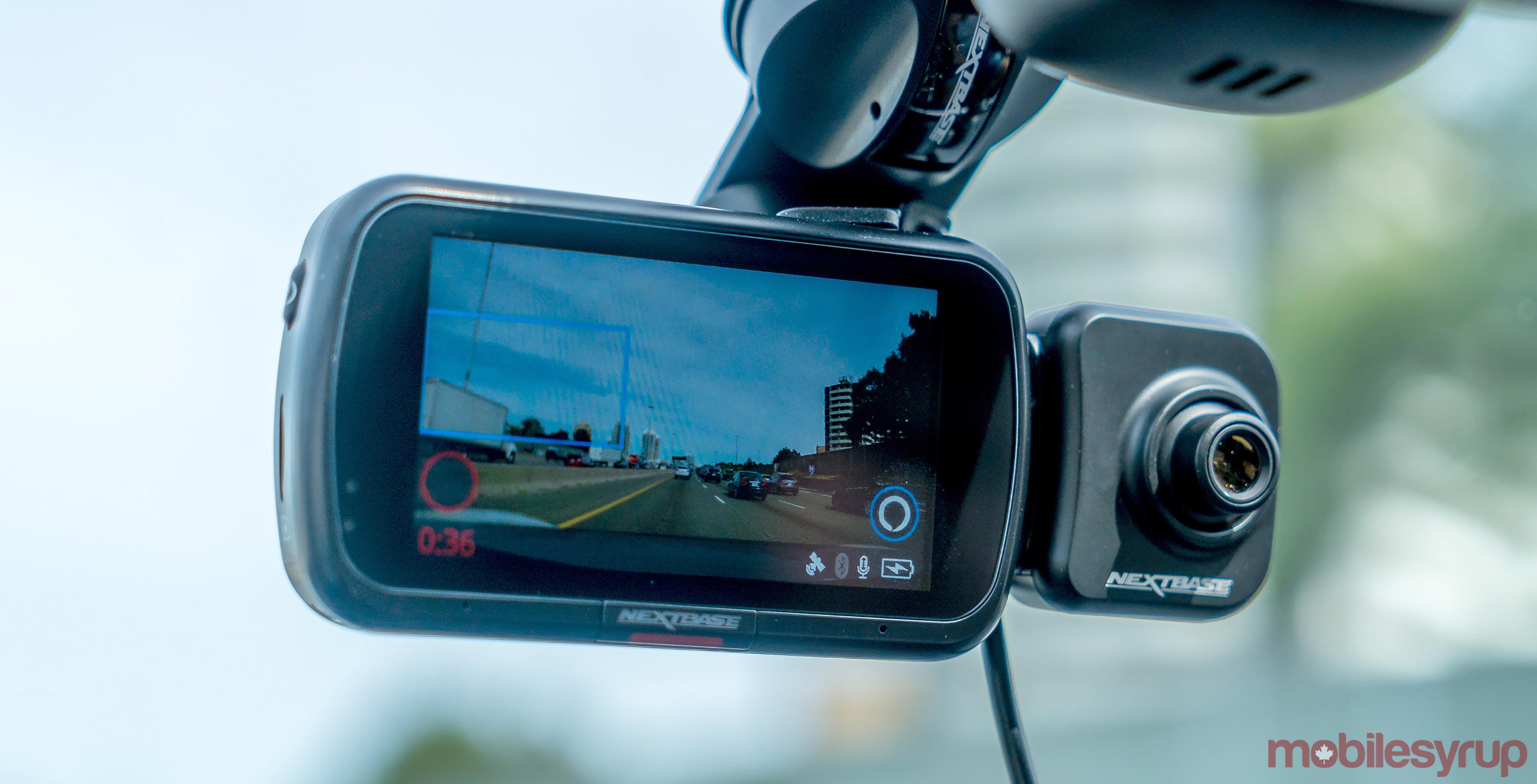 It may be true that a dashcam can’t save lives on its own, but it can provide more than just visual evidence of a potential collision or accident.

You can be forgiven if you’ve never heard of Nextbase. The U.K.-based company brought its Series 2 dashcam lineup to Canada this year, and the cream of that crop is the 522GW. Beyond the integration with Amazon Alexa, there’s also a modularity to the camera in that you can attach rearview lenses to it.

There is a solid combination of features and performance here, which should be par for the course when a device like this costs $259.99. 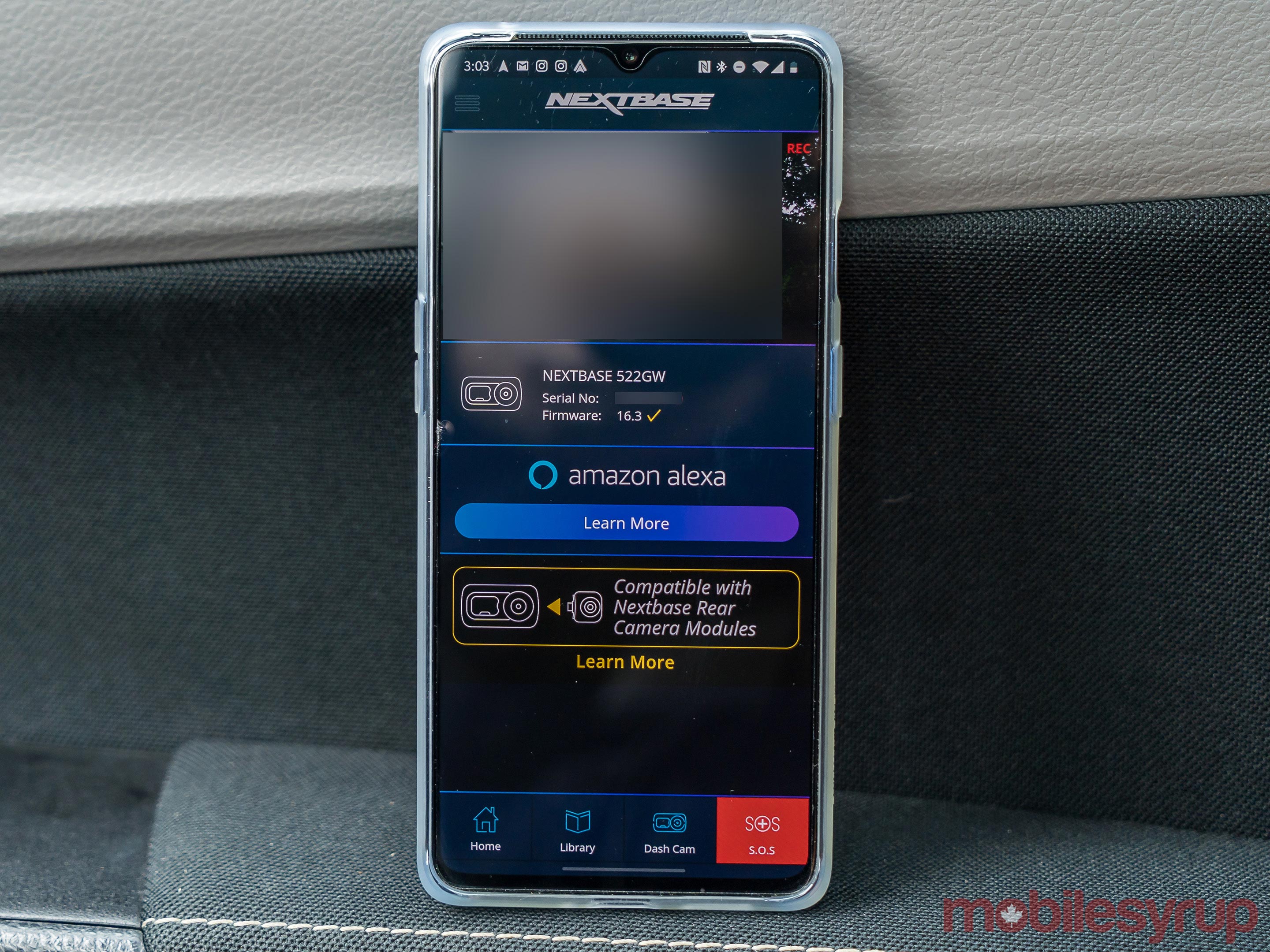 The Nextbase 522GW has a relatively simple design, with a footprint that isn’t cumbersome. Whether or not you decide to mount it on the windshield or dash is pure preference, as there are attachments for both in the box.

The 3-inch IPS touchscreen is prominent with a default resolution of 1440p at 30fps, and the option to go with 1080p at 60fps. The 140-degree field of view is wide enough to cover more than two lanes in front of the car, while the polarizing filter keeps glare away in bright sunny days. Night footage is also fairly bright, so the dashcam works in just about situation.

Built-in GPS and Wi-Fi keeps it connected, including a dedicated app for iOS and Android that I’ll get to. The 10Hz refresh rate for the GPS connection is faster than the average dashcam, The microSD card slot probably doesn’t need a big card because it can record in a loop. I used a 16GB card Nextbase provided for the review, and found it to be fine, though it can handle cards going up to 128GB too.

Apart from the power button, there is another ‘lock’ button that, when pushed, saves both the preceding 10 seconds and upcoming 20-second clip in a separate folder on the card to keep it from erasing in the loop.

Though the camera does derive power from a 12-volt socket, it does come with a battery as well. However, the battery can’t power the device on its own for any extended period. It’s there to keep the camera running in case you need to plug something else in, but it likely wouldn’t last more than two hours per charge. A 2.1 Amp USB port, which newer vehicles often have, would also be enough to keep the camera going. 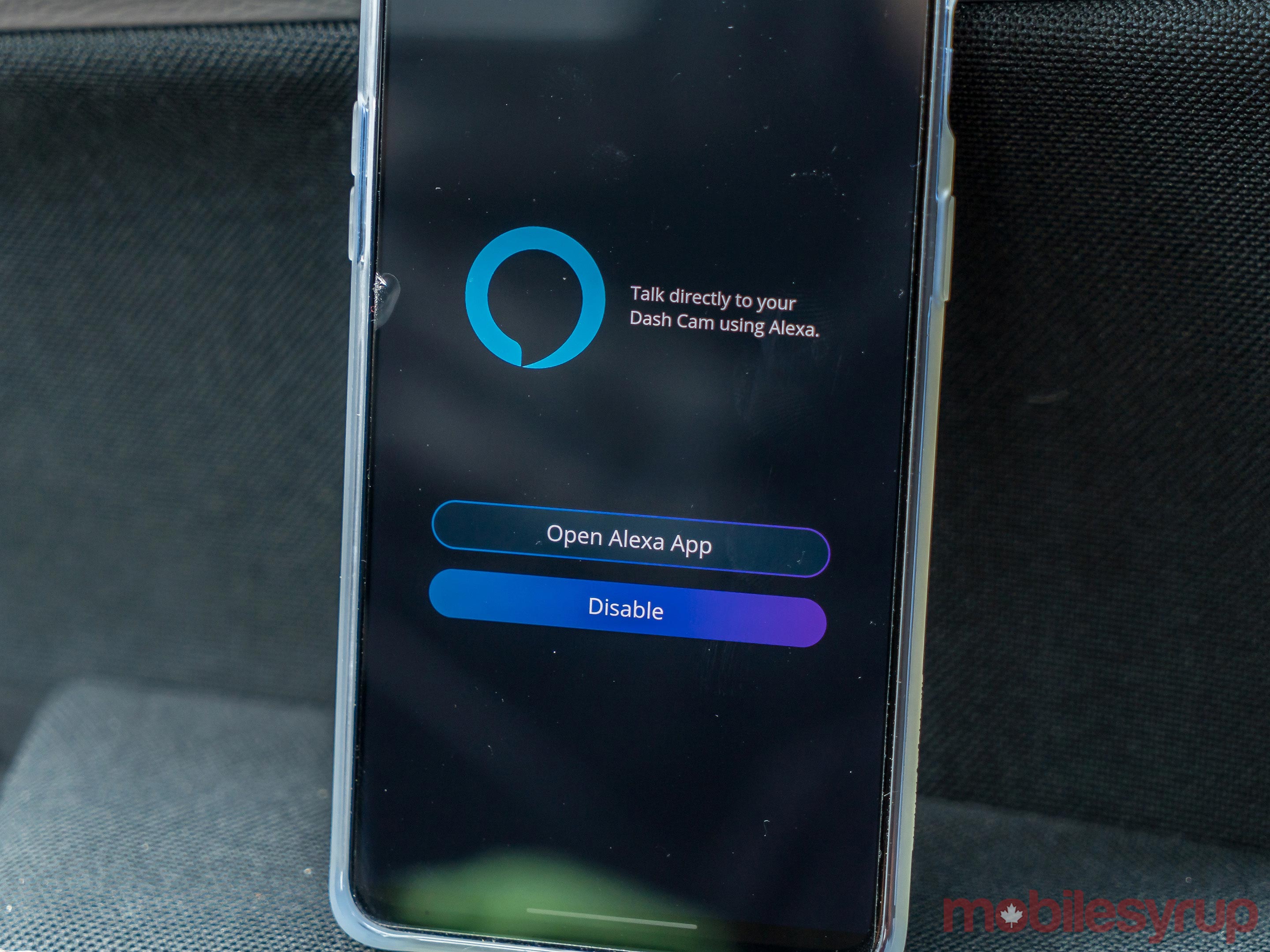 Despite having Wi-Fi, the 522GW pairs with a phone via Bluetooth. The free MyNextbase Connect app configures the camera, though its primary purpose is to set up features like Alexa and Emergency SOS.

Setting it up wasn’t difficult and I had the dashcam as one of my Alexa devices in no time. The onboard microphone is also always listening for the “Alexa” wake word.

I did notice a few caveats along the way. First, both the MyNextbase Connect and Alexa apps need to be running on the paired phone to make this integration work and feel seamless. Second, the integration can control music from Amazon Music, TuneIn and iHeartRadio. Pandora also works in case you’re running that somehow. No Spotify or Apple Music, unfortunately. 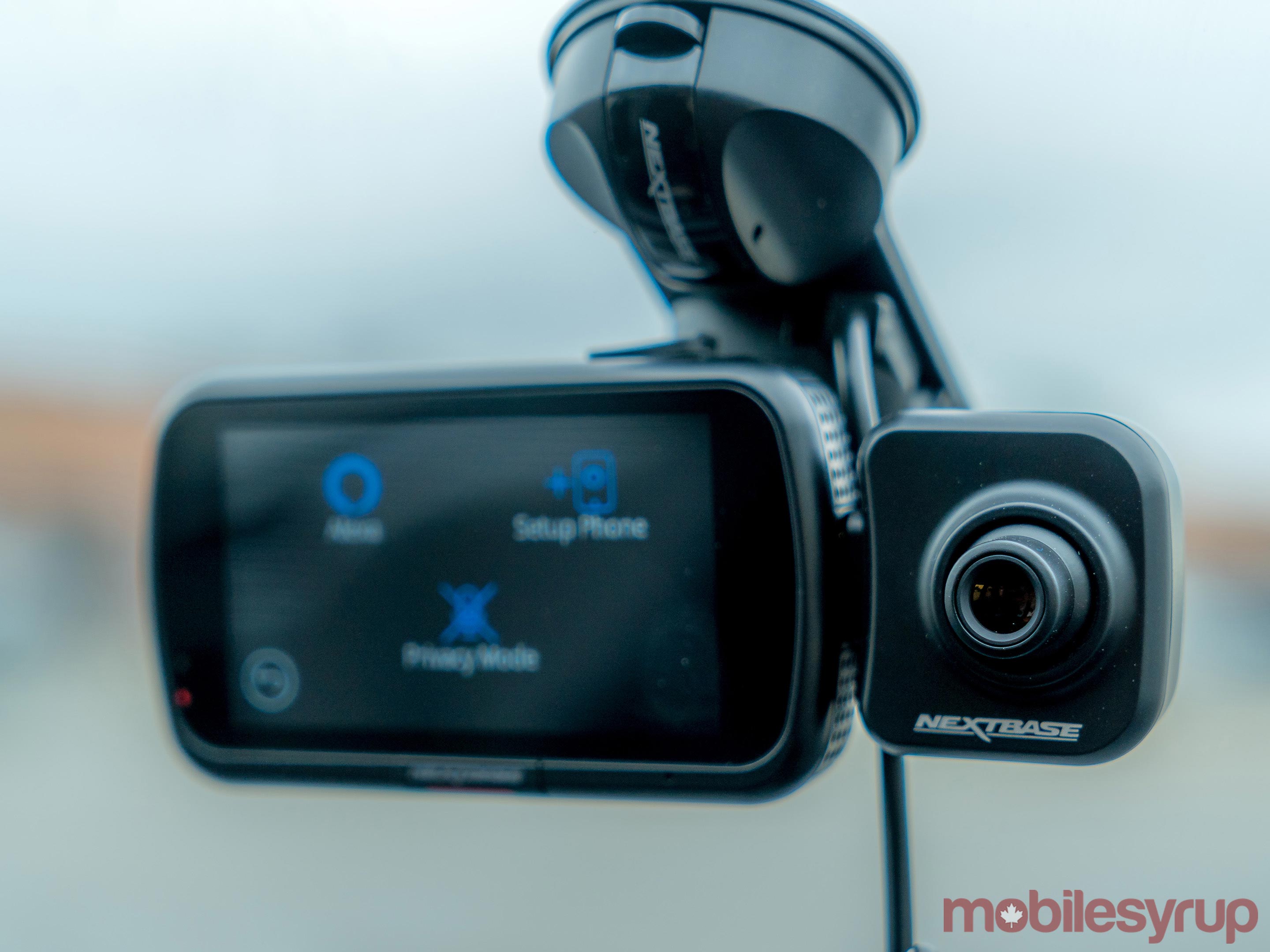 I also ran into a recurring problem wherein Alexa wouldn’t work at all when I tried talking to it. I pressed the button on the touchscreen only to see that it was “disconnected.” It was after some trial and error, along with referring the issue to Nextbase, that I realized the sequence mattered. F

or example, if I started the car before launching the two apps first, the phone would connect over Bluetooth, but for whatever reason, Alexa wouldn’t work. If I launched both apps before getting into the car, everything was fine.

It’s a strange nuance Nextbase needs to rectify because some users could simply assume something was broken. It was neat to be able to control smart home devices before arriving home, or having Amazon Music play something, but it’s not always a smooth experience. One thing I did think was cool was that the Amazon Music and TuneIn voice commands worked, even when I was running Android Auto on the phone. Not entirely necessary with Google Assistant embedded, yet still interesting.

Eyes on the road 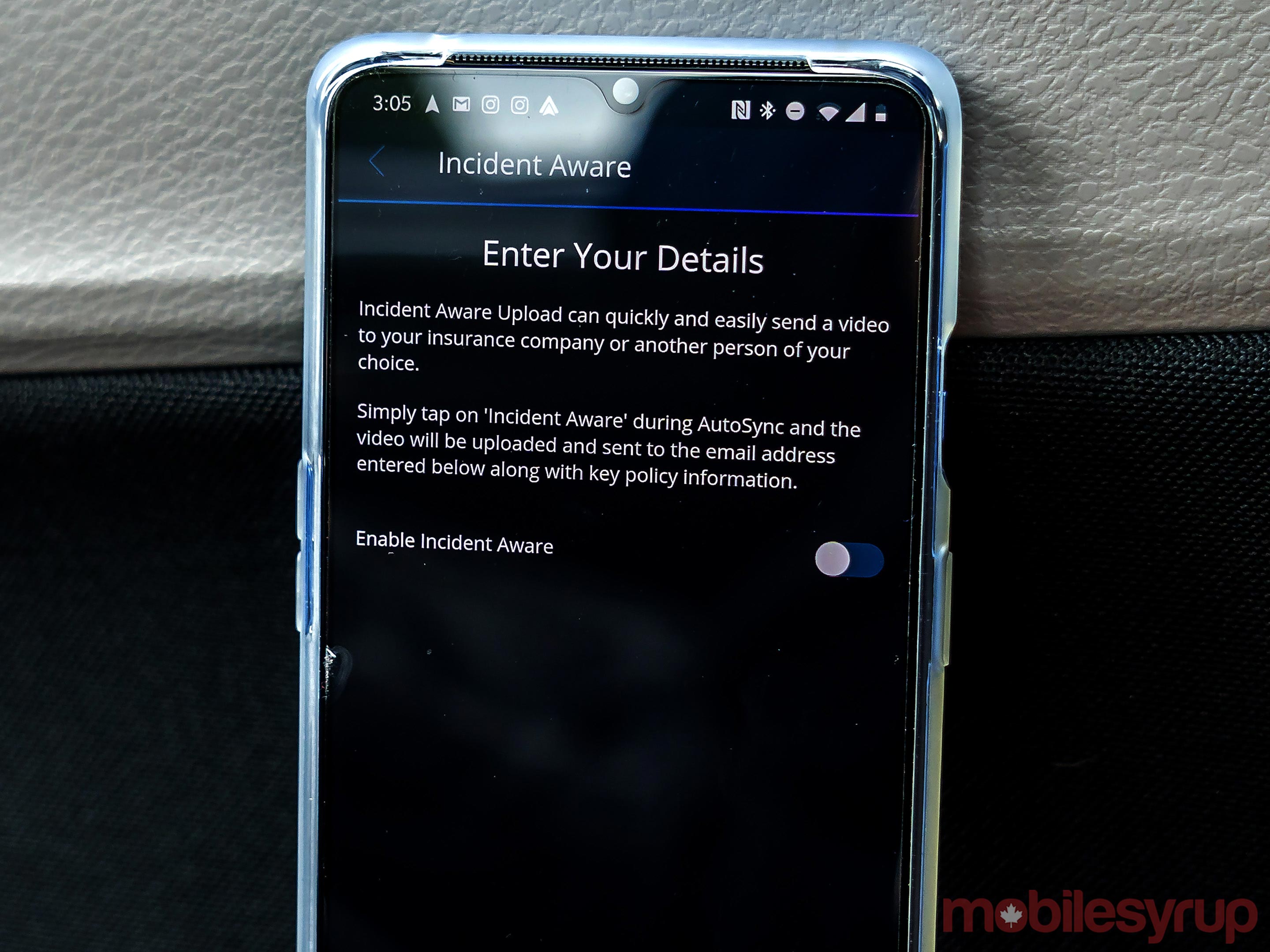 The higher 2,560 x 1,440 pixel resolution (1440p) looks good on paper, but the truth is that 1920×1080 pixel resolution (1080p) offered the better set of tools. At a higher 60fps framerate, licence plates and car makes and models are more distinguishable. Plus, the lower resolution is more light-sensitive, helping it pull in more detail and brightness to the sensor at night.

The Parking Mode is a neat touch that could come in handy in case there’s an incident when your car is in a parking spot. If the G-Sensor inside detects something, the 522GW will immediately start recording to capture whatever it can.

Nextbase also did well in implementing the Emergency SOS feature that triggers an alert in the app if your car is in a collision. The alert stays on until you turn it off — but if you don’t, and your phone doesn’t move — the app will then send a text message detailing the location and the personal information (i.e. blood type, etc.) you chose to include when you first set it up. It’s a very nice thing to have, especially if your car doesn’t already have something similar, though I should note that it’s subscription-based after the first year. 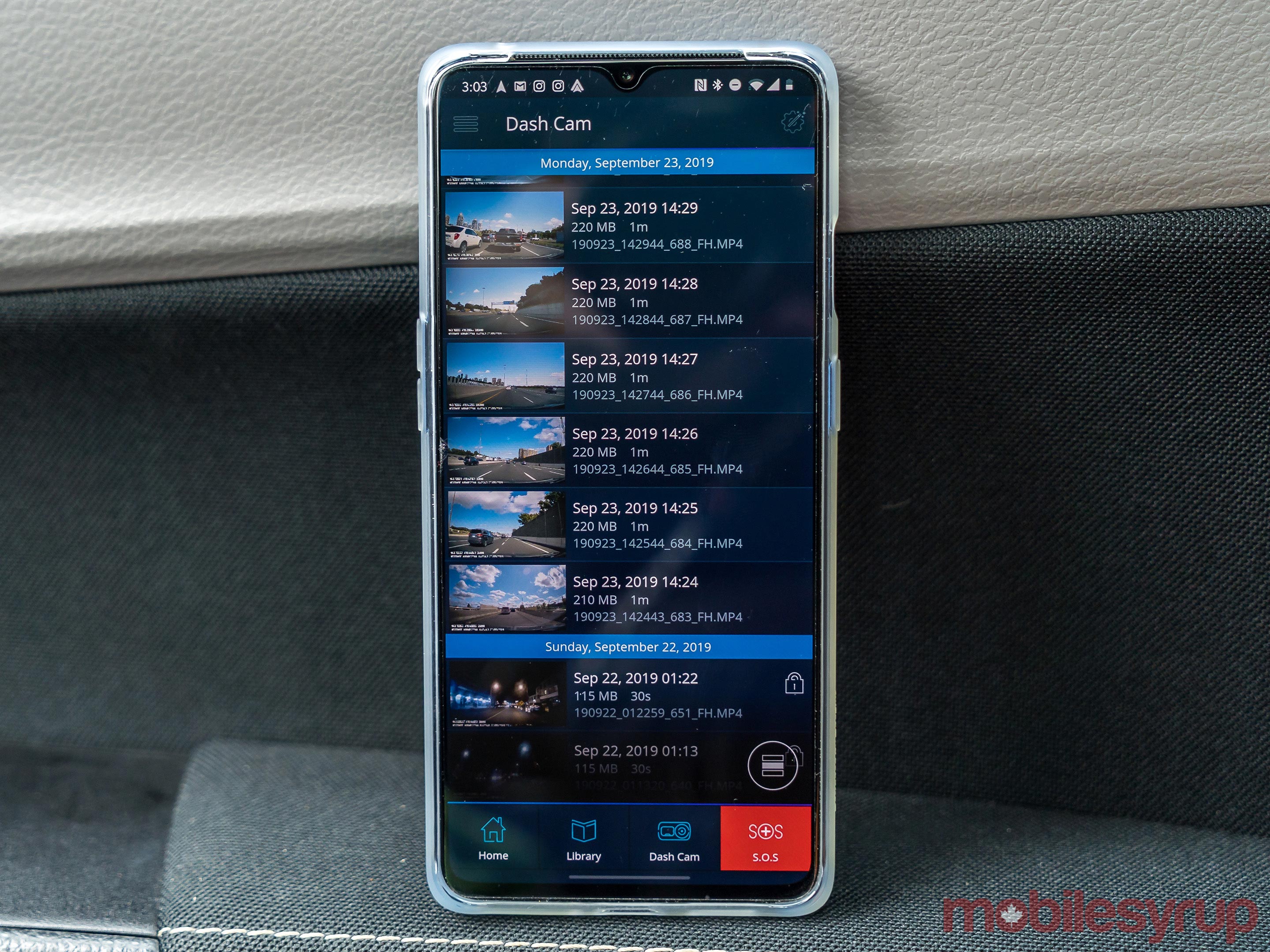 I did test the 522GW with a reverse camera add-on, particularly the Rear View Camera that clips onto the dashcam itself. It faces backward with a zoom to essentially record what the view would be like from the back windshield. There are others, including one that can see the whole cabin, or another that mounts onto the back windshield itself.

The problem I had with the latter option was that it’s not self-powered, so needs to get juiced up via a long cable. It’s an installation I’d rather do without, personally. I never got to try the cabin camera, and would caution against it anyway because it doesn’t have infrared. If you’re a rideshare or taxi driver, seeing everything at night won’t be easy without that.

If you choose to, you can upload footage to Nextbase’s cloud service for safekeeping away from the memory card. Once there, you can then share them with friends, or if need be, with your insurance company and law enforcement. Nextbase does delete them after 30 days, so while free, the service clearly has its limits. 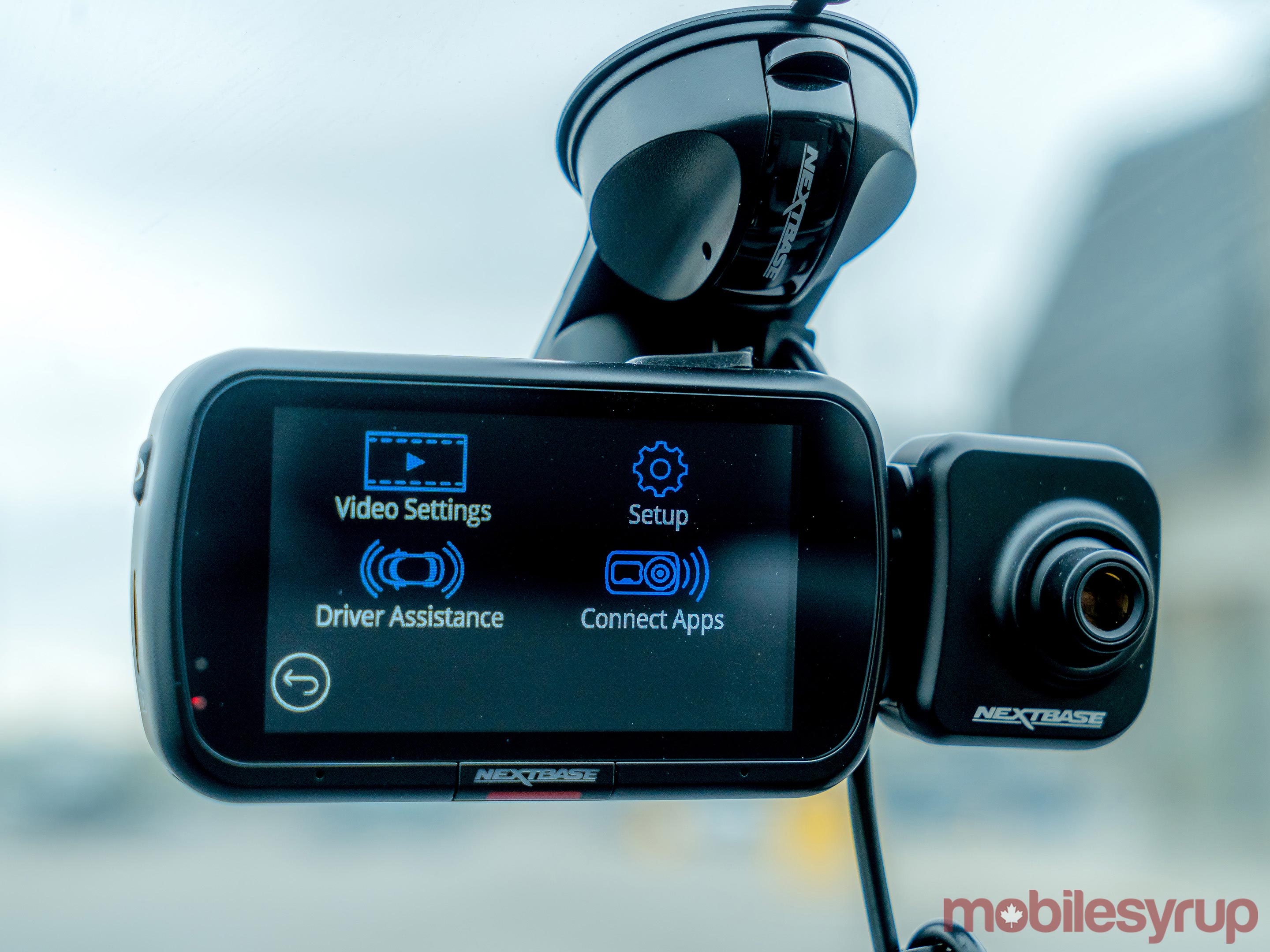 Dashcams aren’t really exciting devices, which is why I put them in a similar category to routers, smart scales and item trackers. You don’t directly engage with them often, but you appreciate their utility when the odd time comes. It’s just unfortunate that as good as the Nextbase 522GW is, insurance companies in Canada won’t cut driver premiums when using one. To be fair, that applies to all dashcams, and it’s long overdue that technology like this disrupts the auto insurance industry.

For peace of mind with a dashcam, the 522GW is one of the best available. It’s simple enough to be easy to use, despite the hassle with Alexa, and offers solid footage to boot. It is pricey, especially when you tack on another $100 to get one of the rearview modules. If safety matters to you, it could be worth it in the long run.