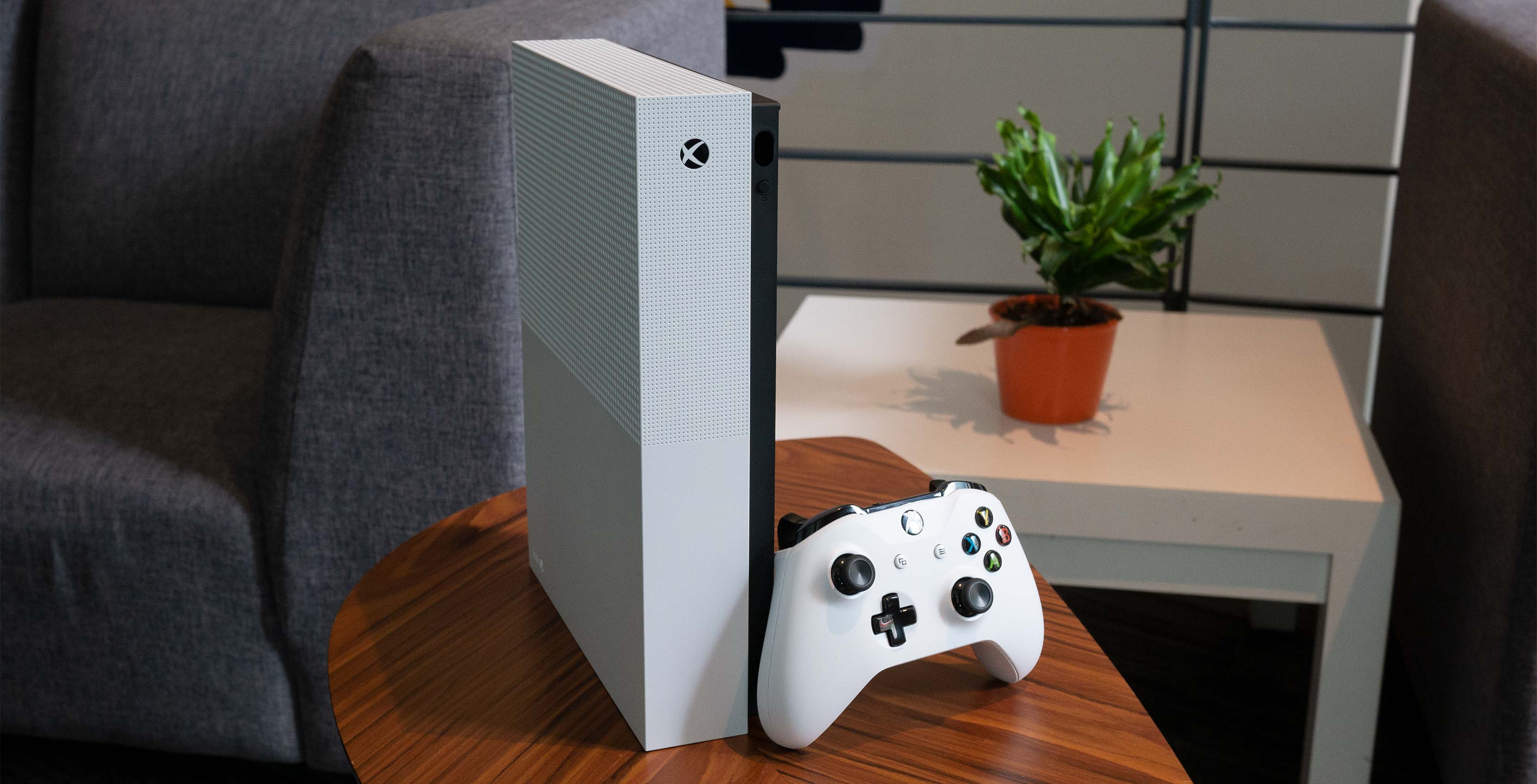 The near constant stream of hate Microsoft’s Xbox One S All-Digital Edition has received since its reveal a few weeks ago is mostly unwarranted.

In fact, I’d go so far as to say that the disc-less Xbox One is a fascinating experiment on Microsoft’s part, as well as probably the closest we’ll ever get to the tech giant’s original vision for its current-generation Xbox One.

Though it seems like a distant memory at this point, there was a time when Microsoft’s first take on the Xbox One was an always-online, entertainment-focused console incapable of playing used physical games. 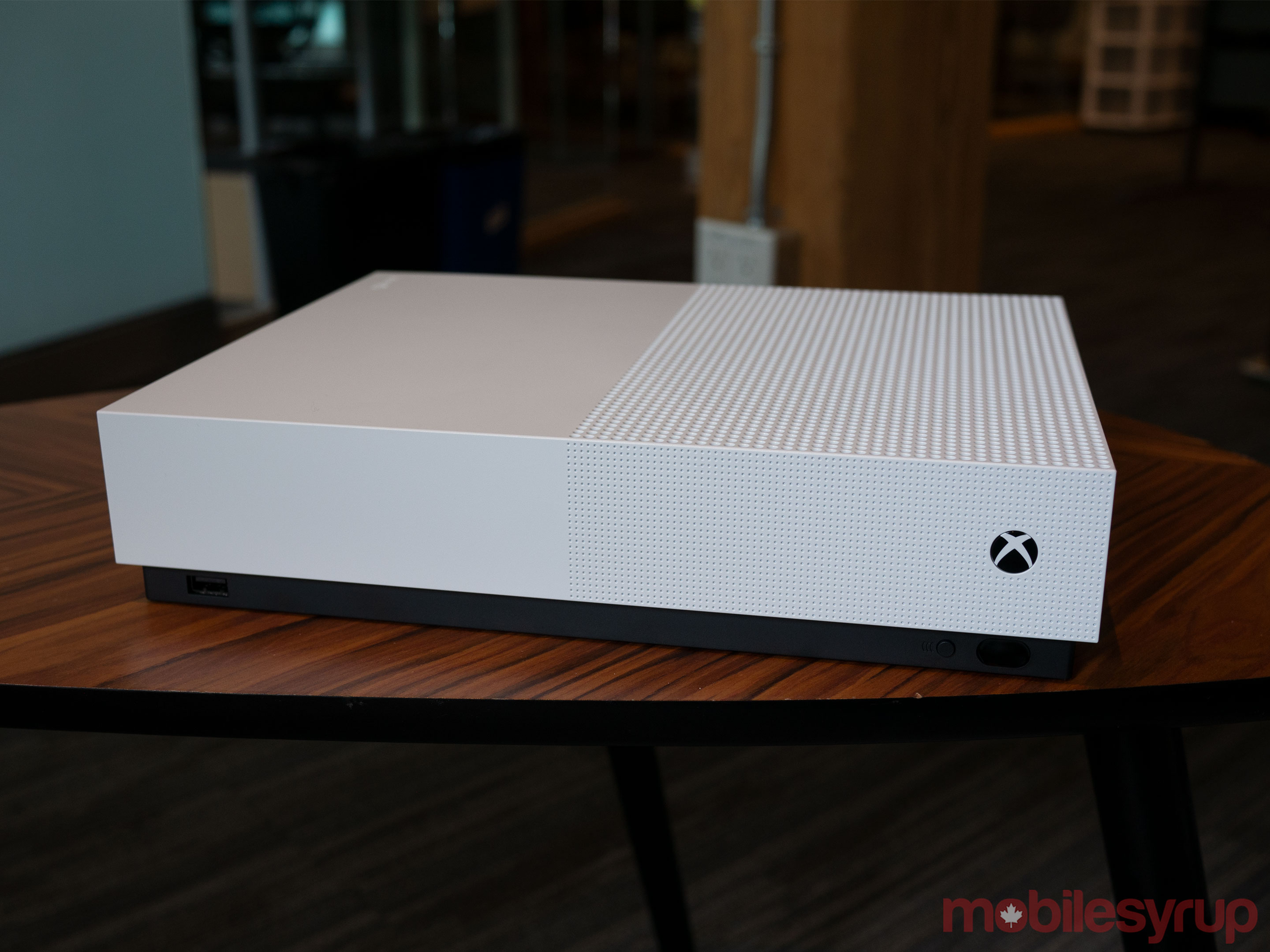 Back in 2012, Microsoft reportedly had plans to turn the Xbox Store into a console version of Steam, complete with the ability to share games with friends and family. Following an outcry from Xbox fans and then-Xbox chief Don Mattrick’s departure from Microsoft, the Xbox One’s focus changed considerably and returned to the more traditional gaming-centric direction of the original Xbox and Xbox 360.

While the Xbox One S All-Digital Edition doesn’t adopt the exact initial vision for the Xbox One, the DNA of that original direction is present in this new take on the now nearly six-year-old console.

That said, Microsoft’s first digital-only video game console is not without issues, particularly when it comes to price.

The All-Digital Xbox One looks identical to and features the same hardware as the Xbox One S, with one significant missing feature: the console doesn’t include a standard optical disc drive. This means the All-Digital Xbox One S isn’t capable of 4K HDR gaming like the considerably more powerful Xbox One X. As a result, visuals max out at 1080p HDR, along with 4K HDR video playback for movies and television shows. 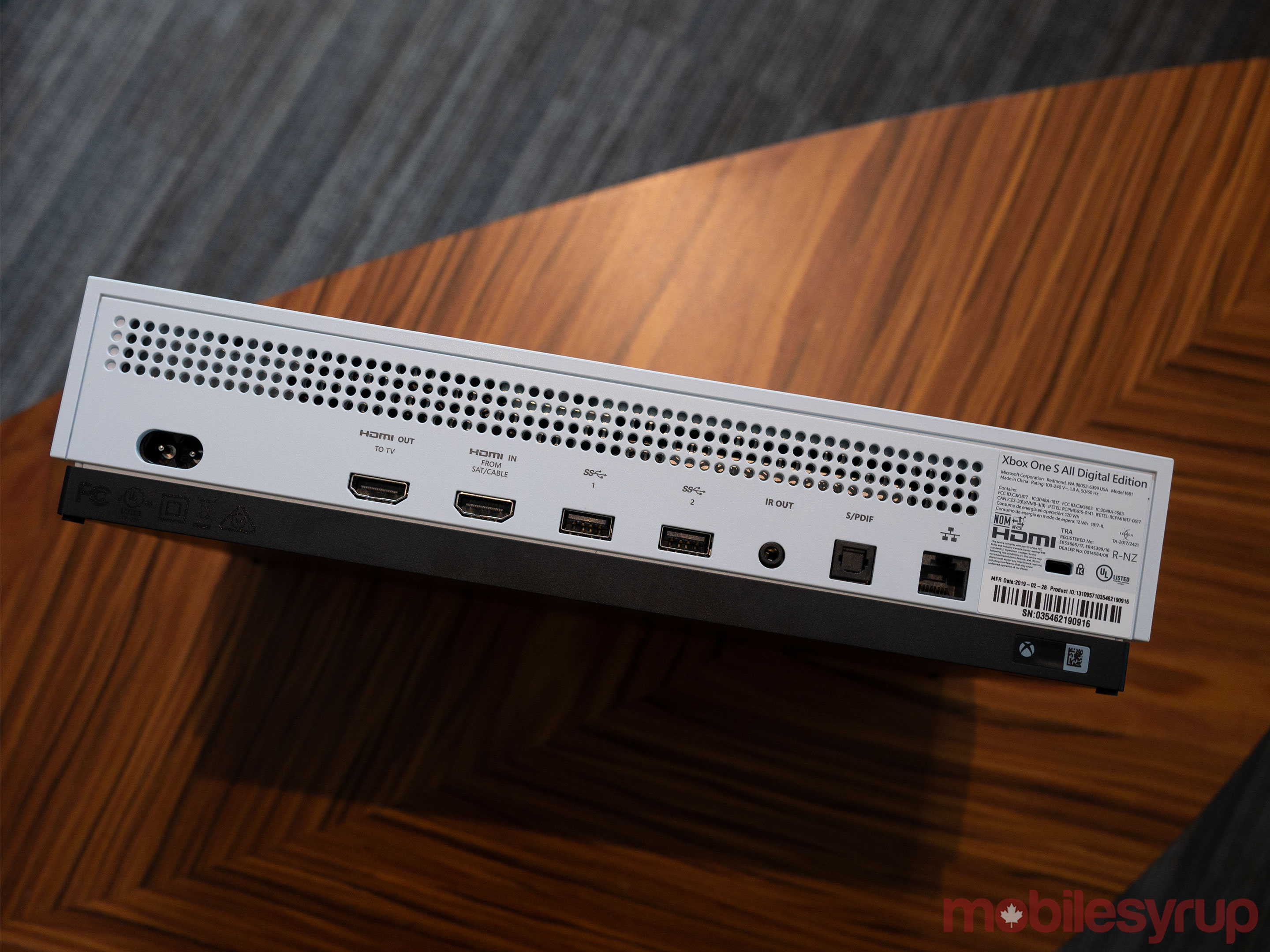 As you may have already guessed, this means the console is only compatible with downloadable games. As someone who went mostly all-digital years ago, this new version of the Xbox One S is right up my alley, particularly if I was in the market for a second Xbox One.

The all-digital Xbox One features the same sleek design, white exterior and hole-covered body as its disc drive clad counterpart.

Regarding specs and ports, the Xbox One S All-Digital edition features a 1TB hard drive, an HDMI pass-through for cable provider integration and three USB ports, just like the standard Xbox One S. Further, as previously mentioned, you can also watch 4K content across Netflix, YouTube and Microsoft’s movie and television show store. Physical 4K Blu-rays obviously aren’t an option given the All-Digital Xbox One’s lack of a disc drive.

Now that the look of the console and its specs are out of the way, let’s take a look at its issues. 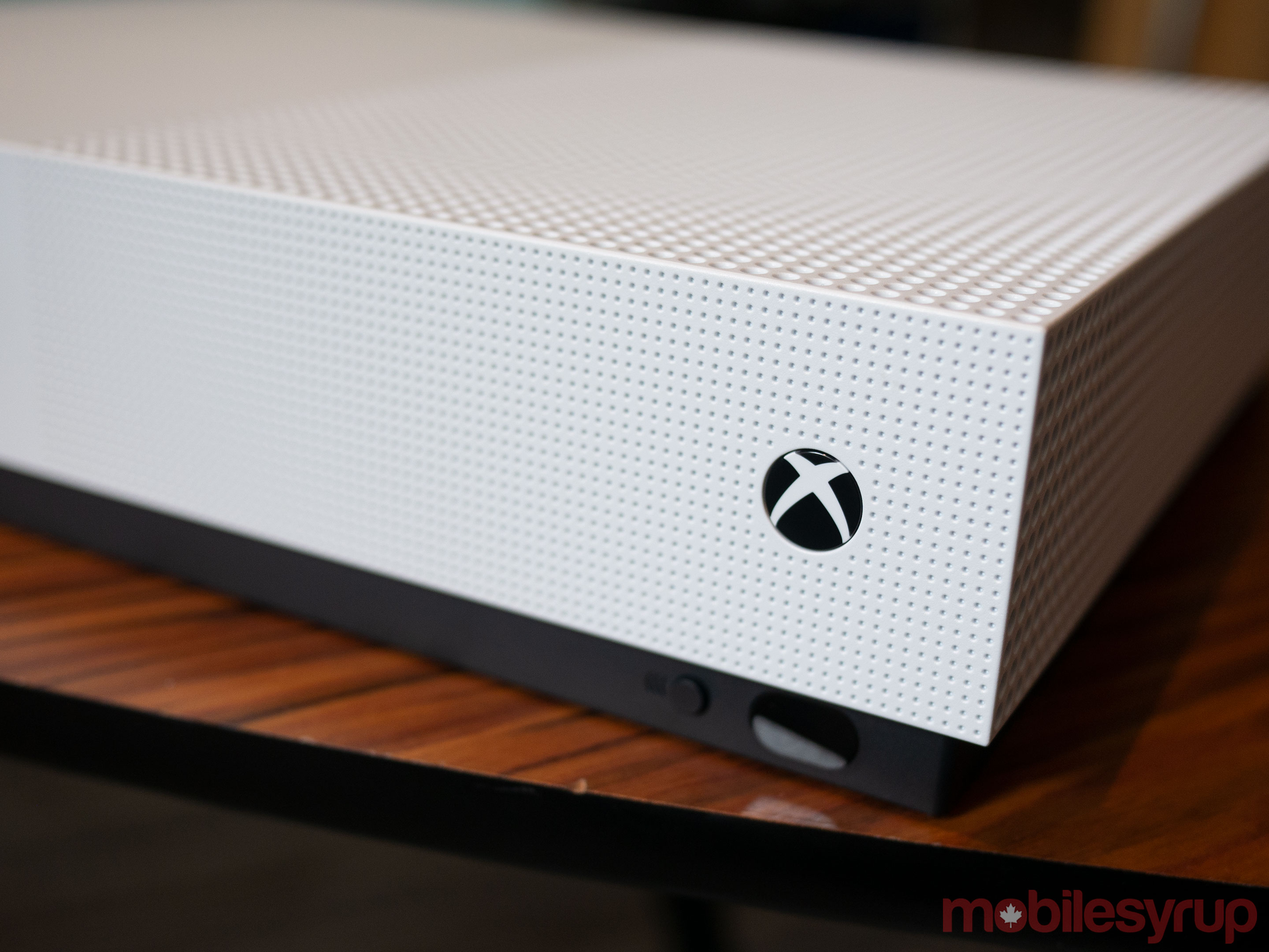 Price is the main factor holding the Xbox One S All-Digital Edition back. It’s also unclear who Microsoft’s target audience is this late in the Xbox One’s lifecycle. The standard price of the All-Digital console is $299 CAD, though its currently on sale for $239 (it’s likely to stay at this price point for some time). While a reasonable cost for an Xbox One at this point, the standard Xbox One S bundle is priced in the $379 range — it’s almost always on sale for $299.

This leaves a price difference of just $60 between the version of the Xbox One that features a disc drive and the one that doesn’t. If someone was planning to pick up the All-Digital Xbox One as a secondary Xbox or video streaming device, they’d likely opt to drop slightly more cash to at least have the option of using a disc drive.

On the other hand, if you’re a parent looking to purchase your child or teen their own Fortnite/Minecraft/Apex Legends box, three popular downloadable games, then the $60 price difference could be savings worthwhile for you.

Moreover, if you’re a PlayStation or Nintendo gamer interested in delving into the world of Xbox titles for the first time, then the Xbox One S All-Digital Edition coupled with Microsoft’s excellent Xbox Game Pass service could be perfect for you. 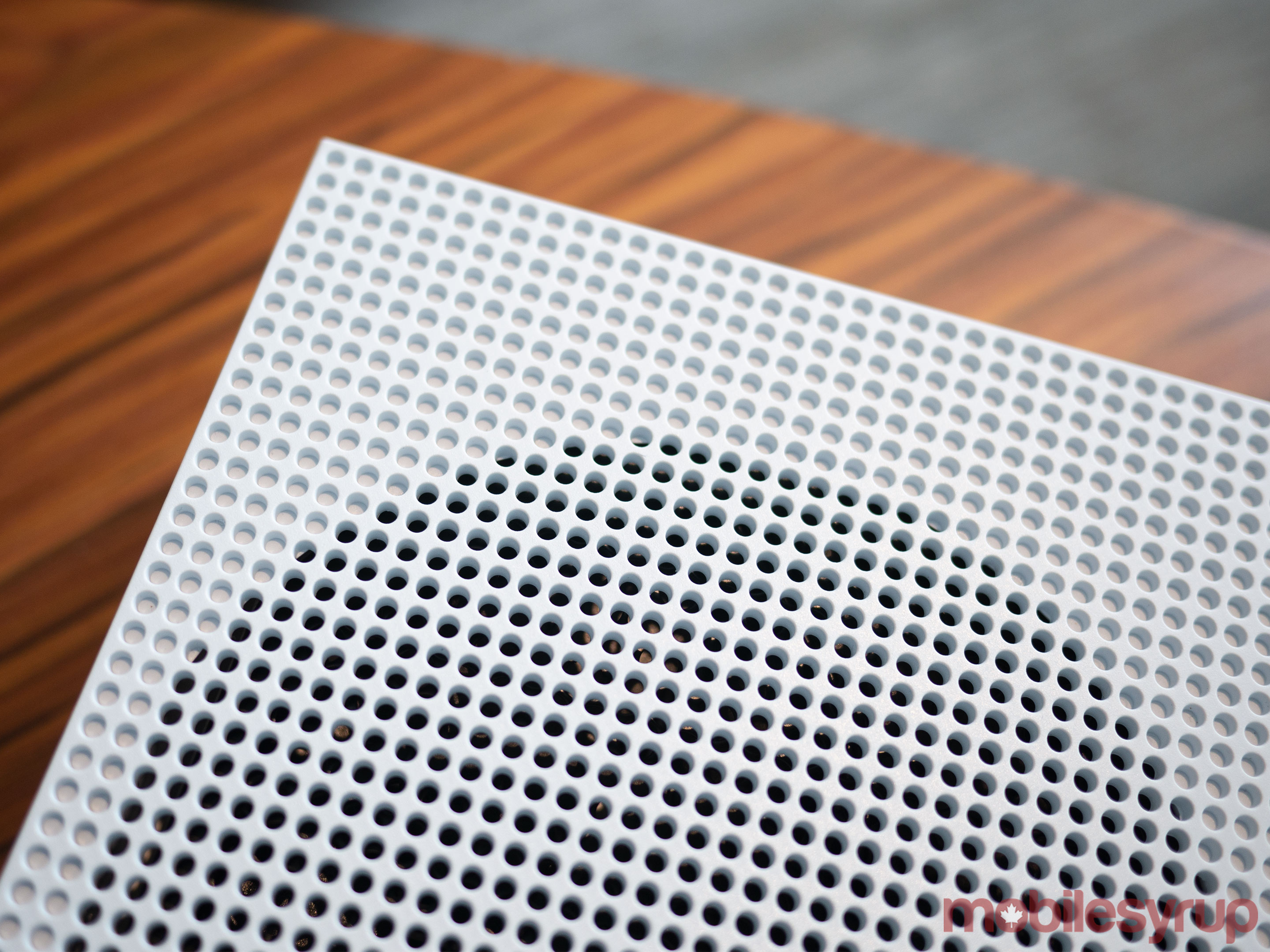 The All-Digital Xbox could also be a decent console for late adopters to this console generation, though it’s worth keeping in mind that it does cut used games out of the mix. Towards the end of a console generation, it’s often easy to pick up a ton of awesome used video games at stores like EB Games for minimal amounts of money.

Of course, you could always supplement your library with an Xbox Game Pass subscription, giving you access to more than 100 worthwhile titles, including Shadow of the Tomb Raider, Minecraft, Forza Horizon 4, Gears of War 4 and every other current and future first-party Microsoft title — all for $11.99 CAD per month. Xbox Game Pass remains one of the most ridiculous deals out there in terms of value, and I find it difficult sometimes to believe it actually exists.

The other thing worth noting about the unaffectionately named Xbox One ‘SAD’ Edition is it’s just an option. The Xbox One X and standard Xbox One S aren’t going anywhere, and Microsoft certainly isn’t coming for your physical games. 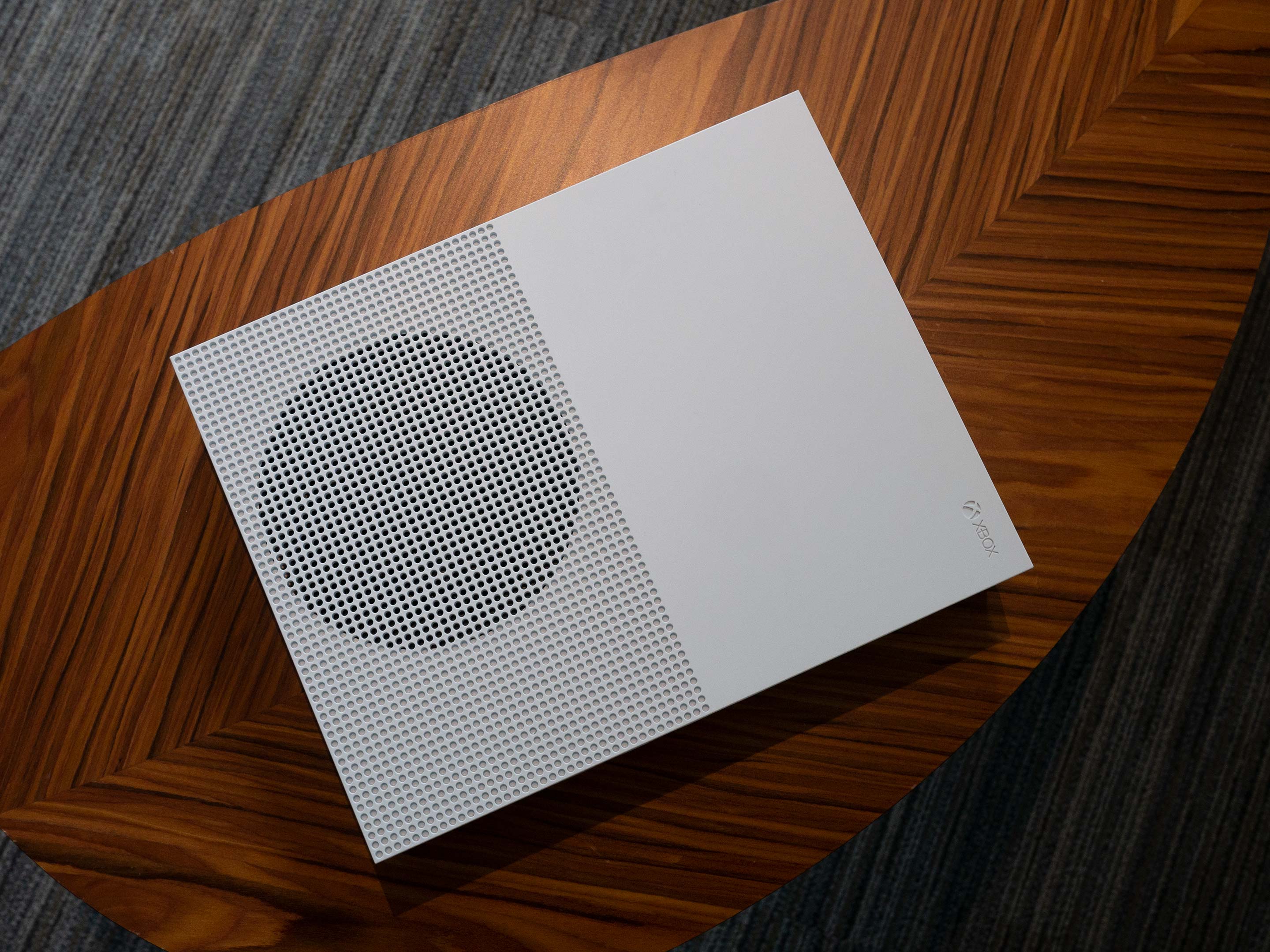 If used games matter to you, the All-Digital Xbox One S isn’t the video game console for you. In this same vein, if 4K HDR gaming is what you’re after, then dropping more money on the Xbox One X should be your plan of action.

This is also an experiment on Microsoft’s part and not an indication of where Project Scarlett, Microsoft’s successor to the Xbox One, is headed. Phil Spencer, the head of all things Xbox, confirmed during an interview with GamesIndustry.biz that “Scarlett will have an optical disc drive,” so put down your pitchforks.

Perhaps in the future, the All-Digital Edition Xbox One will evolve into a better option with an additional $50 slashed off its priced. As it stands, though, the Xbox One S All-Digital Edition remains an interesting experiment on Microsoft’s part with what seems like a very limited audience.

Xbox One S All-Digital Edition is priced at $239 CAD (regularly $299) and includes a copy of Minecraft, Sea of Thieves and Forza Horizon 3.