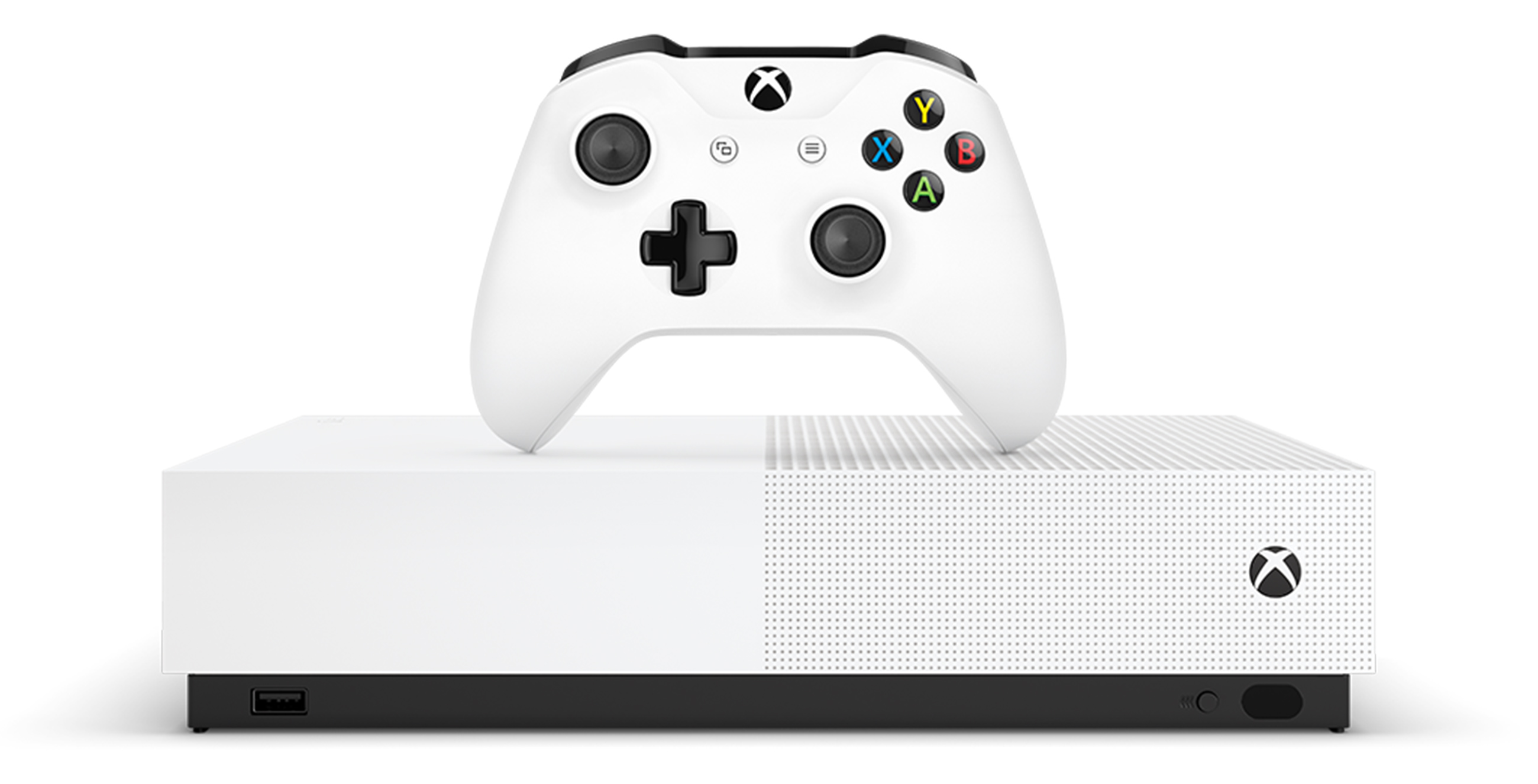 Update 07/05/2019: Microsoft’s new disc-ess Xbox One is now officially available. You can buy the digital-only console from Microsoft starting at $299 CAD. On Best Buy it’s also priced at $299 CAD.

Confirming months of rumours, Microsoft has officially revealed the Xbox One S All-Digital Edition console, a version of the Xbox One S that does not include a traditional disc drive.

The system will launch on May 7th in Canada.

Apart from being completely disc-less, the new All-Digital Edition system is identical to the standard Xbox One S in every way, according to Microsoft. This even includes the console’s 1TB hard drive and HDR video compatibility, though only through streaming services rather than physical discs.

Overall, the Xbox One S All-Digital Edition looks like an Xbox One with the disc drive missing.

Along with the console, Microsoft is packing in Minecraft, Forza Horizon 3, Sea of Thieves and an Xbox Game Pass free trial with the All-Digital Edition of the Xbox One S. Xbox Game Pass gives subscribers access to over 100 games digitally for $11.99 per month. All-Digital console owners will also be able to sign up for three months of Game Pass for $1 through their system.

It’s also worth noting that the three pack-in games included with the All-Digital Edition Xbox One S are part of Xbox Game Pass.

In a way, Microsoft revealing a disc-less Xbox One S is the Xbox One brand coming full circle.

While it feels like a distant memory at this point, under Vancouver-born executive Don Mattrick, the former head of Xbox at Microsoft, the Xbox One brand was poised to be very different. Back in 2013 when the Xbox One was first revealed, the still-unreleased video game console was set to be an always-online gaming device, along with the ability to loan and possibly even sell digital titles through the system.

Following extensive pushback from gamers, that vision for Xbox One never saw the light of day, ultimately resulting in Mattrick departing Microsoft to join Zynga as the social game company’s CEO.

Regarding Microsoft’s plans for its next-generation video game console, which is expected to be revealed at E3 this year in June, Jeff Gattis, the tech giant’s general manager of platform and devices marketing, said that the company doesn’t “see the disc going away.”

“I think what is important is we have choice, I think that’s what we’re doing in this generation with three products…” said Gattis in a recent interview with MobileSyrup.

Though someone cryptic, this is a strong indication that Microsoft’s next-generation game console will still feature a disc drive.

Microsoft also confirmed the previous rumoured ‘Xbox Game Pass Ultimate‘ service that bundles together Xbox Game Pass and Xbox Live Gold at a lower price. There isn’t specific Canadian pricing at this time, but the service will cost $14.99 (roughly $20 CAD) when it launches later this year. This offers savings of $5 per month if you were to buy both services individually.

Rumours also continue to circulate regarding Microsoft having plans to launch a platform, currently codenamed ‘Odessa,’ that allows users to trade in physical games for a token to download the digital version of specific titles. Microsoft has not yet revealed Odessa, however.