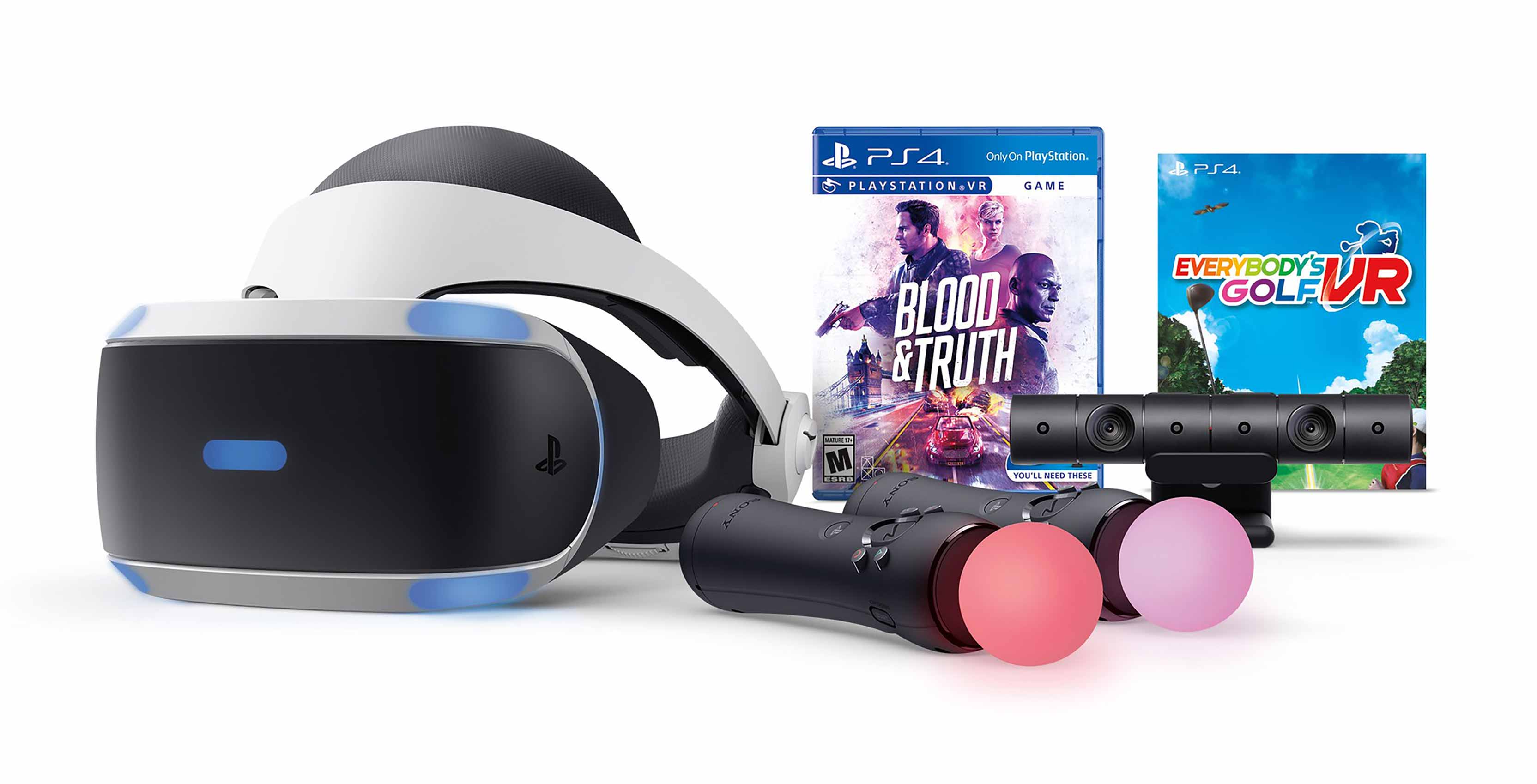 Sony has announced two new PlayStation VR bundles that will launch in Canada at the end of the month.

On May 28th, the company will release the PS VR Blood & Truth and Everybody’s Golf VR Bundle.

The bundle will retail for $449.99 CAD and include the following:

Blood & Truth, which also releases on May 28th, is an explosive action blockbuster that has players shooting, driving, parachuting and rappelling their way through London to save their family.

Meanwhile, Everybody’s Golf VR (which launches on May 21st) brings the long-running cartoonish PlayStation golf series to VR for the first time.

The second bundle, the PS VR Trover Saves the Universe! and Five Nights at Freddy’s Bundle, will launch on May 31st and cost $379.99.

Trover Saves the Universe! (which also releases on May 31st) is a new VR comedy adventure from Rick and Morty co-creator Justin Roiland that focuses on a purple monster that must find his missing pups and save the cosmos.

Finally, Five Nights at Freddy’s brings the popular survival horror franchise to VR in a collection of both new and classic Freddy’s experiences.

It’s important to note that you need a PlayStation 4 console in order to use the PlayStation VR.