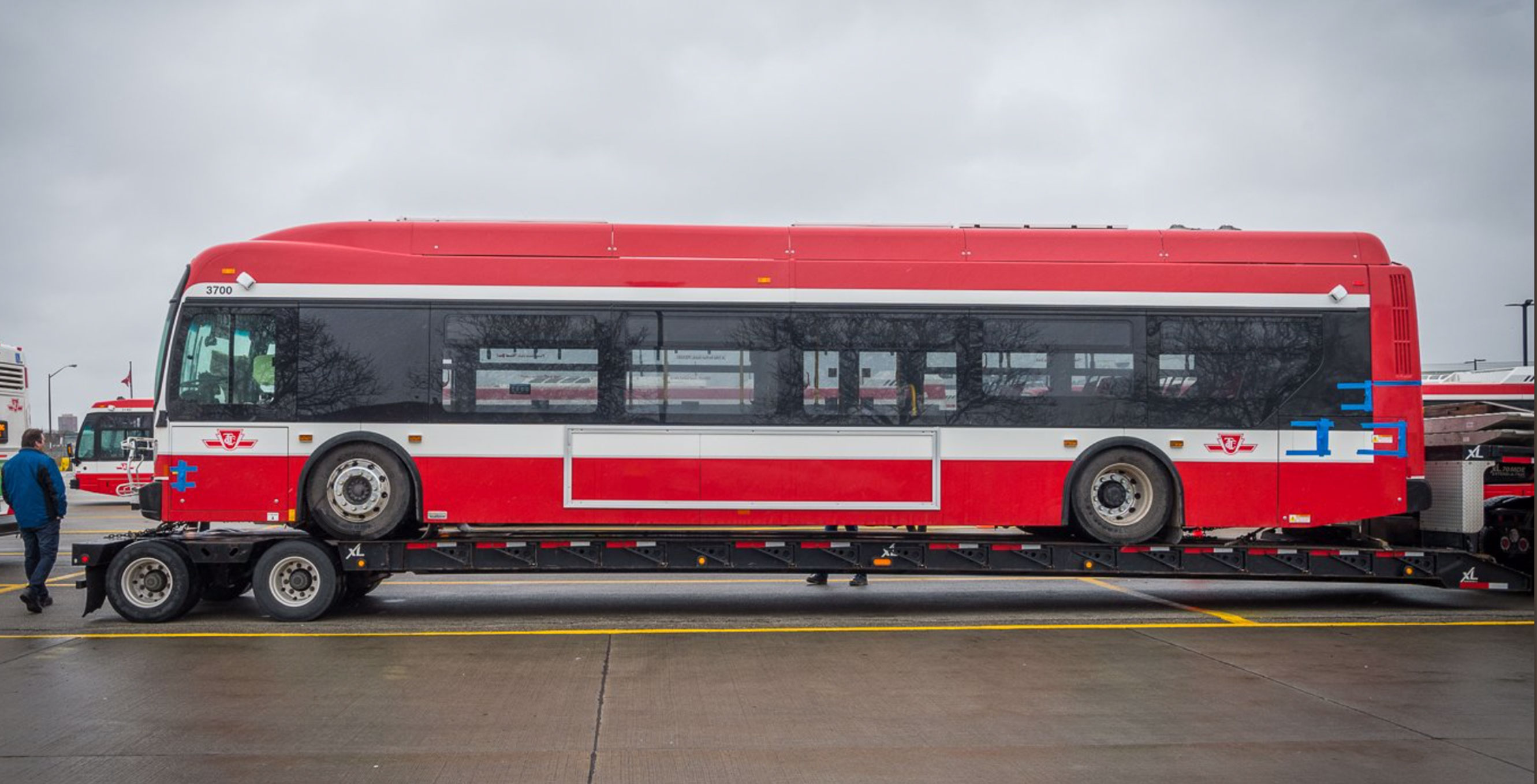 The Toronto Transit Commission (TTC) has taken additional steps towards a greener future with a new bus that produces zero emissions.

The TTC ordered 60 battery-powered buses, with this new coach being the first one from that order. The transit authority is currently testing the green energy vehicle, so it should be ready to ferry passengers later this spring. The remaining 59 e-buses are slated to be on Toronto roads by the end of the year.

Notably, the TTC will charge the lithium-ion batteries in the buses with 100 percent nuclear energy, making them free of greenhouse gas emissions.

The transit agency told the Toronto Star in April of 2018 that it was looking to source 30 buses from three different manufacturers: New Flyer, a Winnipeg-based bus company, a Chinese company called BYD and Proterra, which is located in California. The TTC has increased that the original number of bus orders from 10 to 60.

The first of the #TTC ‘s zero emission electric buses arrived today! This @newflyer vehicle (#3700) will undergo testing and commissioning before it enters regular service later this Spring. We’ll have 60 e-buses by year end, making the TTC a national clean-tech fleet leader. pic.twitter.com/voobFV8JEM

The new bus that was recently delivered is from New Flyer and it’s the ‘Xcelsior CHARGE’ model. Depending on the size and version of the coach, the battery can be one of nine sizes between 100kWh and 818kWh. So far, the TTC hasn’t provided specifics on what model its new bus is.

On New Flyer’s website, it states that its e-buses can have a maximum range of 418km, depending on the vehicle’s configuration and with heating and air conditioning turned off.  The electric buses also feature regenerative braking, which helps the battery rebuild its charge when the driver isn’t pushing down on the power pedal.

One of the cooler transit-related technologies that New Flyer produces is called ‘Rapid On-Route Charging.’ The feature is capable of supplying power to buses with a rooftop connection quickly so the vehicle can run its route, top up at a stop with one of these chargers then hit the route again.

New Flyer’s website has a full spec sheet for all of its e-bus models.