A mid-range HTC handset has appeared on Geekbench and AnTuTu.

The phone went through the first of the two benchmarking tools on April 11th, 2019. It achieved a ‘RenderScript’ score of 6.979 —  according to the Android developers, “RenderScript is a framework for running computationally intensive tasks at high performance on Android.” 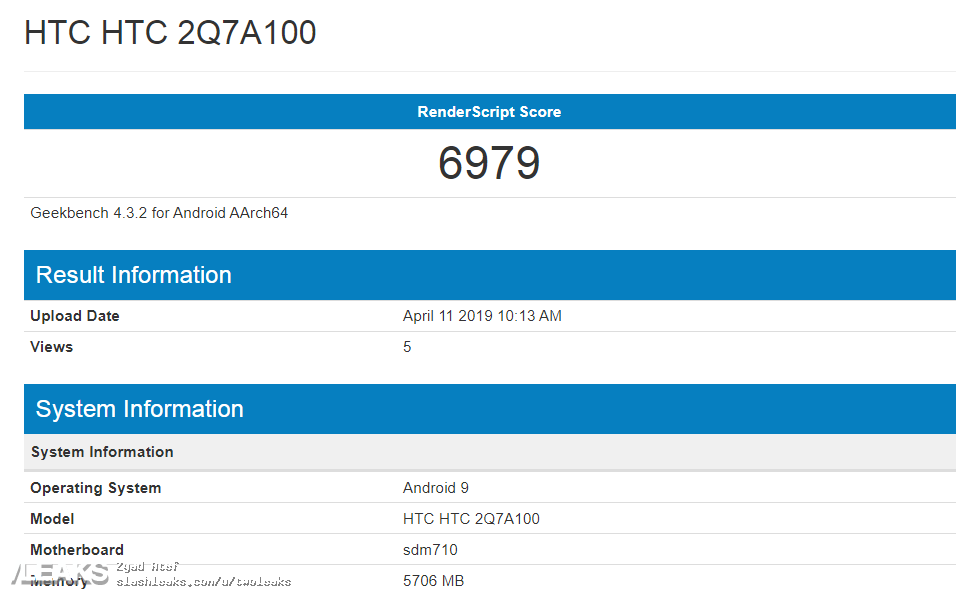 The same benchmark also reveals the phone will feature 6GB of RAM, Android 9.0 out of the box and a Snapdragon 710 chipset.

The handset currently has the model number ‘2Q7A100.’