The latest Google app beta, version 9.66, is rolling out to testers now and a teardown of the APK reveals the search giant is working on several new features, including dark theme, Face Match training and more.

9to5Google tore down the APK to look at the code and see what Google had in the pipeline. As with all APK teardowns, it’s essential to take things with a grain of salt. Often, new things uncovered in teardowns are based on small snippets of code. Typically, they are far from finished and may never see completion.

With that said, let’s dig in and see what’s hiding in Google app beta 9.66.

First up, 9to5 uncovered several lines of code pointing towards work on a dark mode for the Google app. This includes strings of code related to setting the dark theme to ‘Always,’ ‘Follow system settings’ or ‘Never.’

At this point, it’s not clear if the dark mode will affect the whole app or not. Discovery is a shoo-in for dark mode, considering its similarity to the feed in the Pixel Launcher.

A code string includes text to hand over your device.

Additionally, 9to5 uncovered a new animation that instructs users to turn their face when setting up Face Match. As you turn left and right to scan your face, the outer ring fills up. 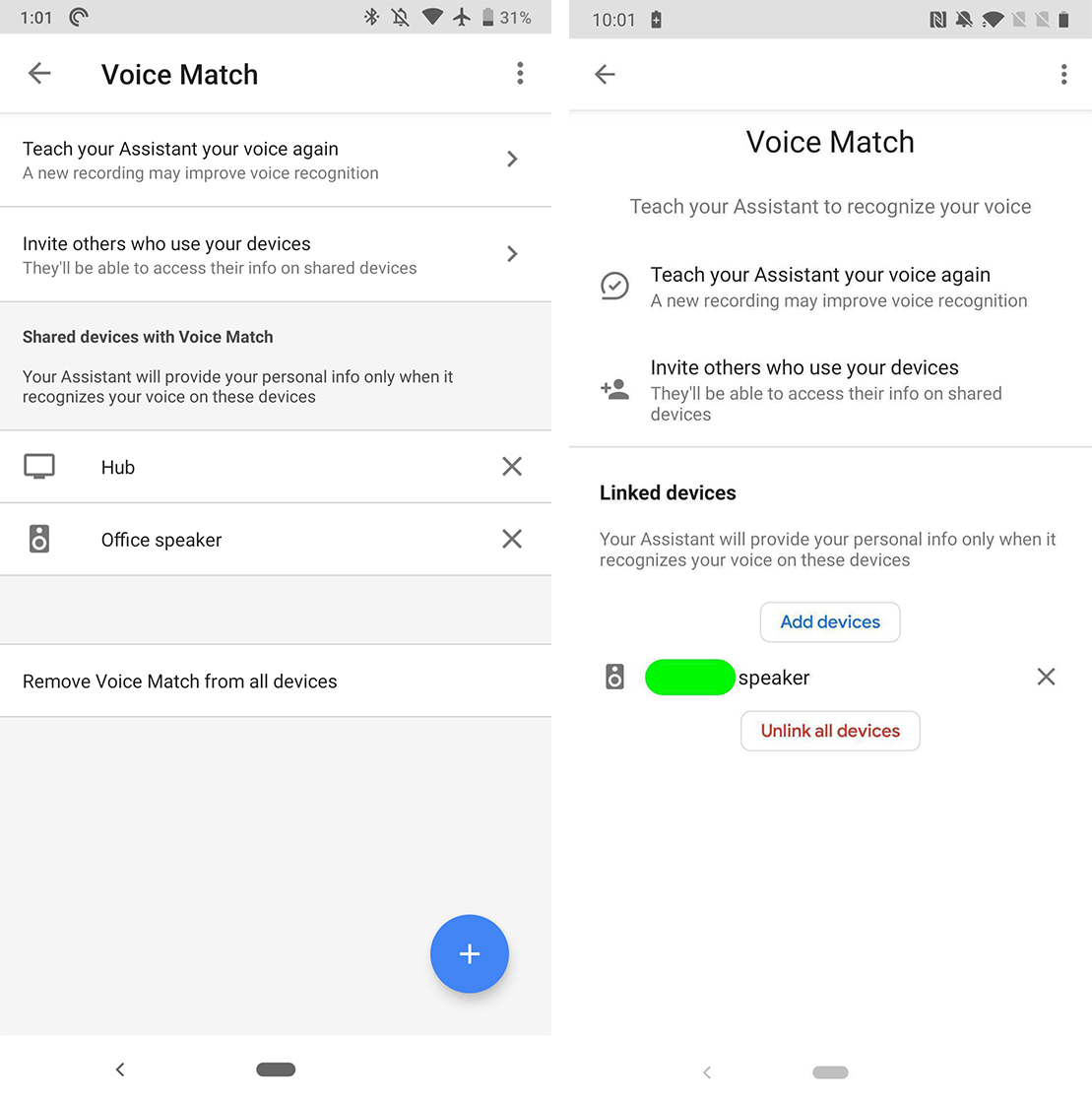 On top of everything else, Google app 9.66 contains a Material redesign for the Voice Match settings menu. The redesign does away with the separated sections and shades of grey for an all-white look. It also gets rid of the floating action button (FAB) in favour of ‘Add devices’ and ‘Unlink all devices’ buttons.

The teardown also revealed a small refresh of the ‘Voice’ settings page. The ‘Bluetooth headset’ and ‘Wired headset’ options in the ‘Hands-free’ section now state what they do more clearly. 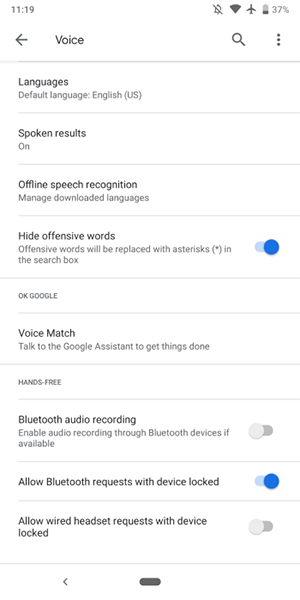 The Google app also expands on a small change made in Android Q. The second Q beta replaces the ‘Charging Rapidly’ and ‘Charging Slowly’ status with ‘Wirelessly Charging’ when you put a Pixel 3 on a wireless charger. The Google app brings this switch to the Pixel Stand as well, but you’ll likely need Android Q to show this.

The former appears to be a smart assistant of sorts that can help users review relevant account settings. The latter gives users options to report hateful, violent and sexual content, among other things. It’s not clear what content users would be able to report, however.

While these features aren’t present in the Google app beta yet, you can sign up for the beta program by going to the Google app on the Play Store and clicking the ‘Join Beta’ button.