It's not clear if Google broke the feature, or removed it

Google introduced several tweaks to Android’s app switcher — also know as Overview or Recents — in Android Pie. While some of those tweaks weren’t great, one of the best additions was the ability to copy images and text in Overview.

Unfortunately, it looks like Google has broken or removed that feature in the Q beta.

For the unfamiliar, this smart text and image selection feature allowed users to long-press on pictures and words feature in the preview of an app in the Recents menu. You could then copy the text or share the photo to another app. Unfortunately, it was a Pixel exclusive, but that didn’t stop it from being really cool.

In the second Android Q beta, however, the image selection doesn’t work. Text selection still works, thankfully. Oddly, you can select text inside images too.

We didn’t test the feature in Beta 1, so it’s not clear if it worked before. 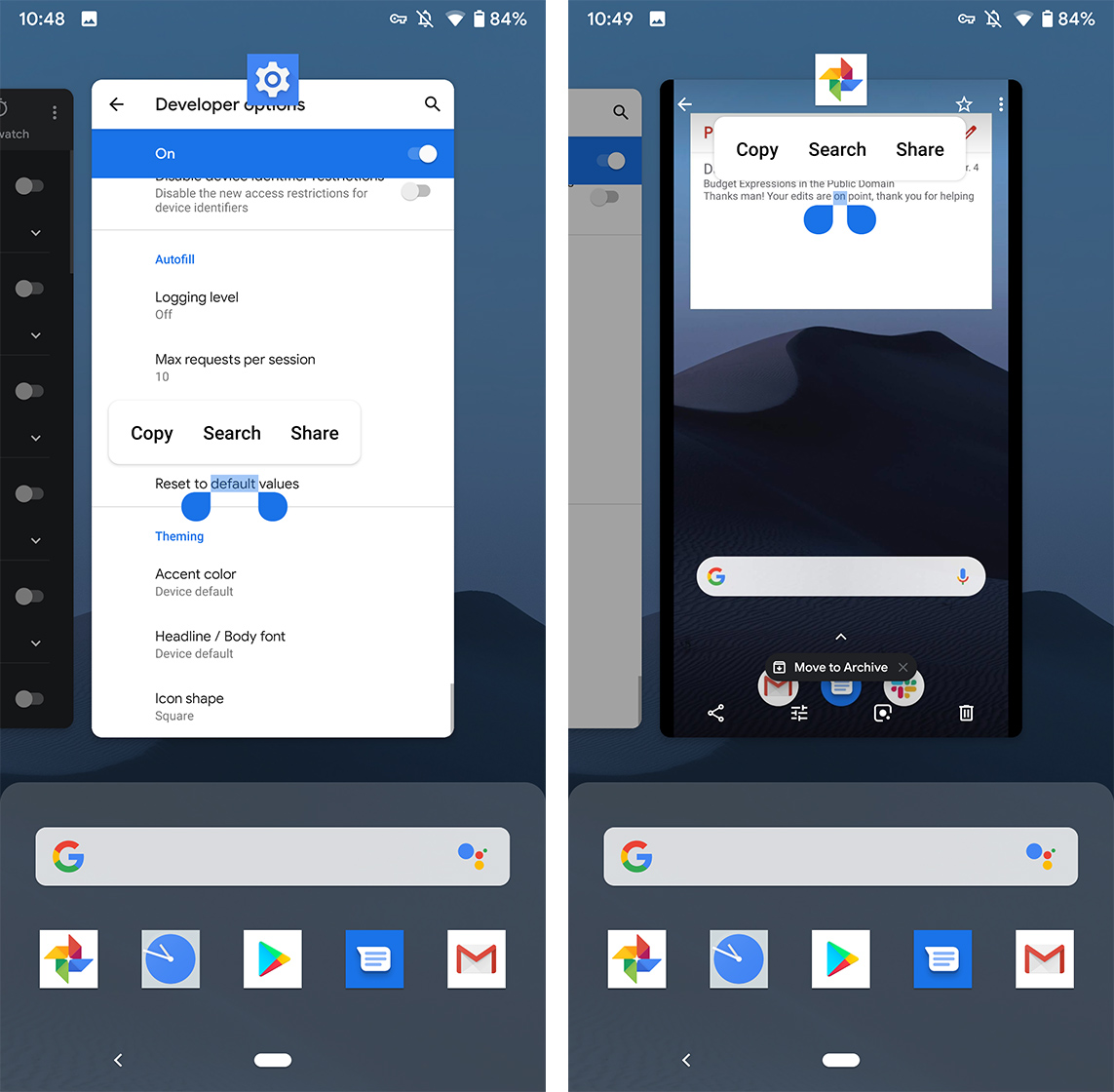 Android Q lets you select text and text in images, but not the image itself.

Considering the text selection feature still works, my guess is an Android Q bug broke image selection, and Google will fix it. However, it’s possible the search giant removed the feature to appease app developers.

The image sharing feature allowed users to bypass the lack of sharing options in other apps, such as Instagram, Spotify or other apps that typically prevent you from copying images.

If that’s the case, it’s a sad day for a great feature. Hopefully, it’s just a matter of something broken in the beta (which would be apt), and the function will return in Q’s full release.