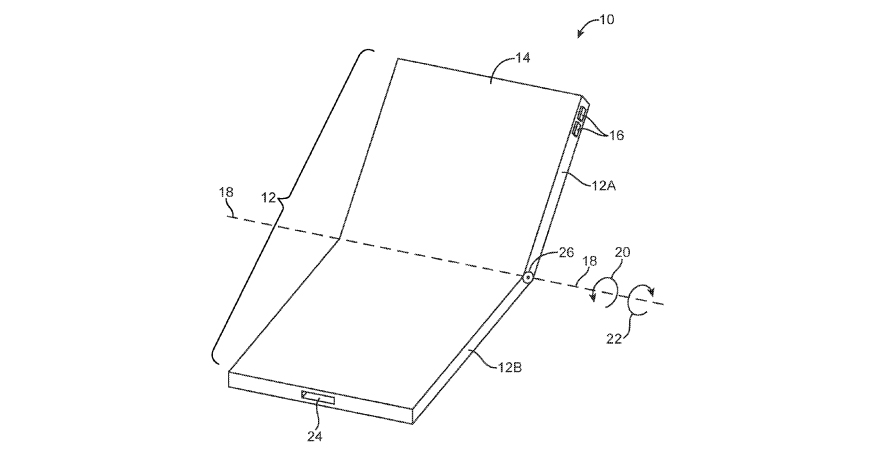 Now that Samsung has officially revealed its $2,000+ CAD Galaxy Fold, it looks like the era of foldable smartphones is quickly approaching.

If there’s any truth to a recently filed patent, Apple could have plans to get in on the foldable action at some point in the future. The patent describes a display that’s joined by a hinge, allowing the device to fold in half or even in thirds.

It’s unclear if the display would be used for an iPhone, a wearable or possibly even a future MacBook design. If the patent’s included diagram is accurate, the design will likely be used in what looks like a new iPhone. 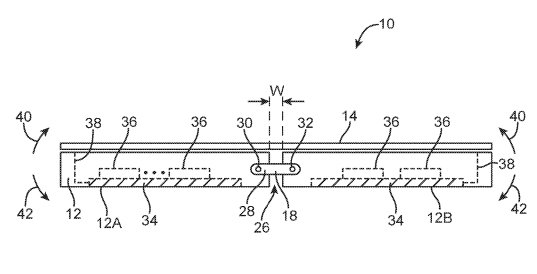 “It would be desirable to be able to use flexible display technology to provide improved electronic devices,” writes Apple in the patent filing.

Apple’s foldable display patent has yet to be approved, but rumours the company is experimenting with foldable smartphone concepts have been circulating for a number of months now. Apple filed the patent application on February 14th, 2019.

Samsung recently confirmed to MobileSyrup that the Galaxy Fold will come to Canada. An official release date and Canadian pricing for the device has not been released yet. Chinese smartphone and telecom equipment giant Huawei is expected to reveal a 5G foldable smartphone at Mobile World Congress (MWC).

Source: U.S. Patent and Trademark Office Via: The Verge