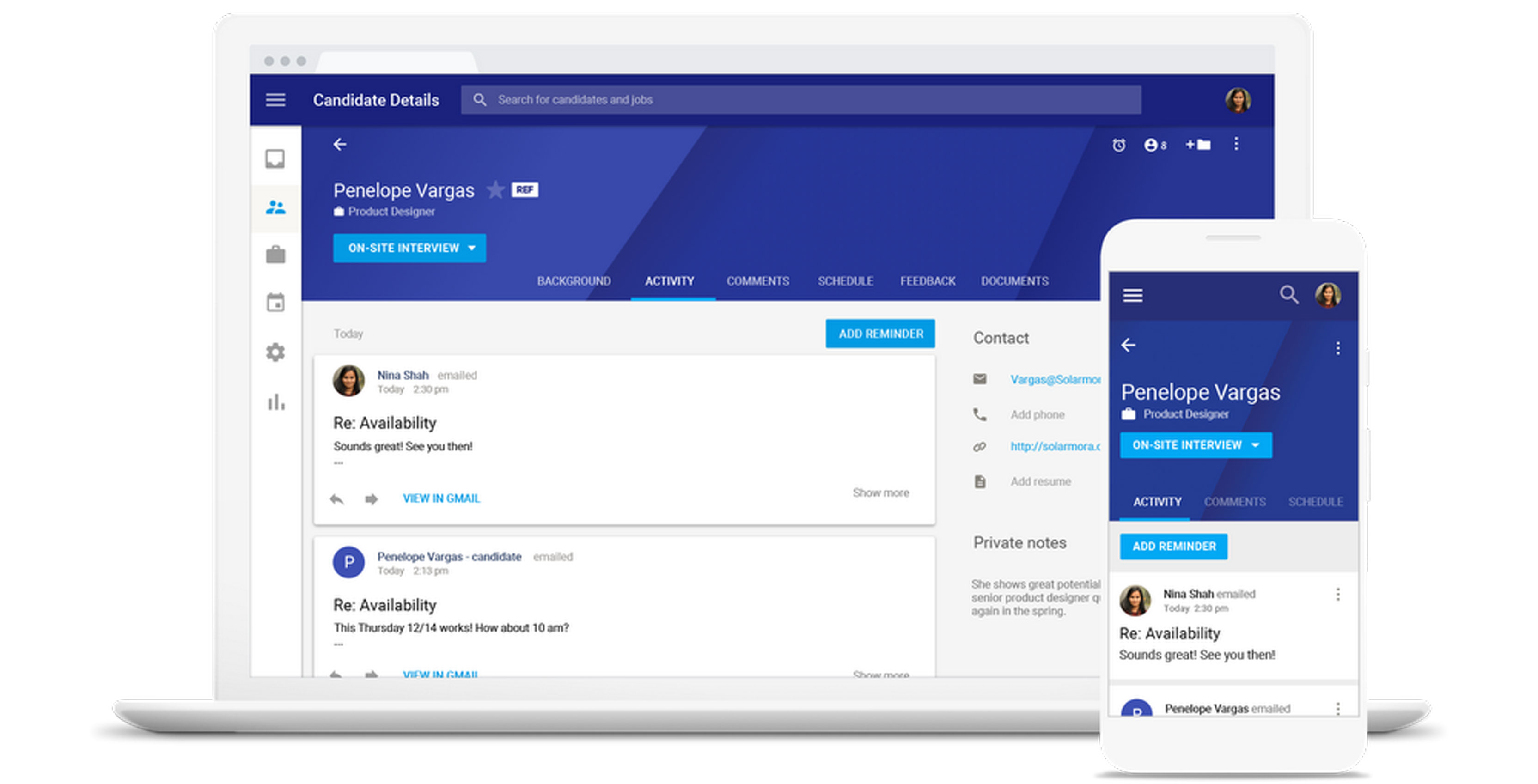 Google is expanding the availability of its Hire recruiting app to Canada (and the U.K.).

The search giant first launched the app in the U.S. back in July, 2017. Hire creates a one-stop recruiting dashboard for the company’s enterprise customers.

Google says it has spent the past several months testing Hire with a variety of Canadian companies, including Mirego, a digital consulting firm based in Quebec City.

According to data collected by Deliotte and cited by Google, it takes on average 52 days to fill an open corporate position and some $4,000 USD to interview and assess potential employees.

The company’s hope is that Hire will help companies make their recruiting process more efficient.