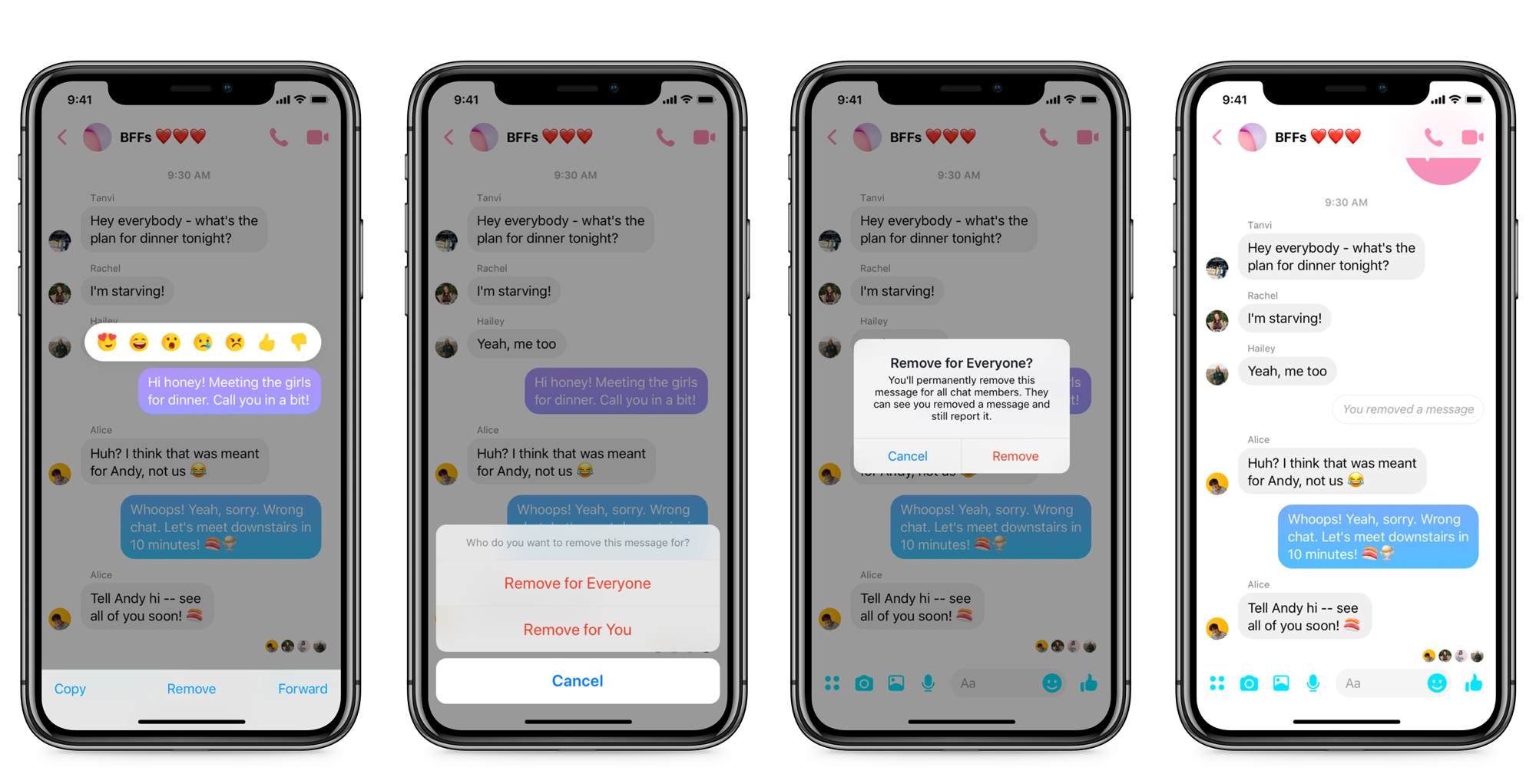 Facebook has begun rolling out an ‘unsend’ message feature on Messenger for Android and iOS.

Now, you’ll be able to permanently remove an unwanted message from a chat within a brief period of time. You have the option of deleting a message from your own chat history or from both you and the recipients’ chat histories.

Previously, you’d only be available to remove a message from your own chat history, although the recipient would still be able to see it. 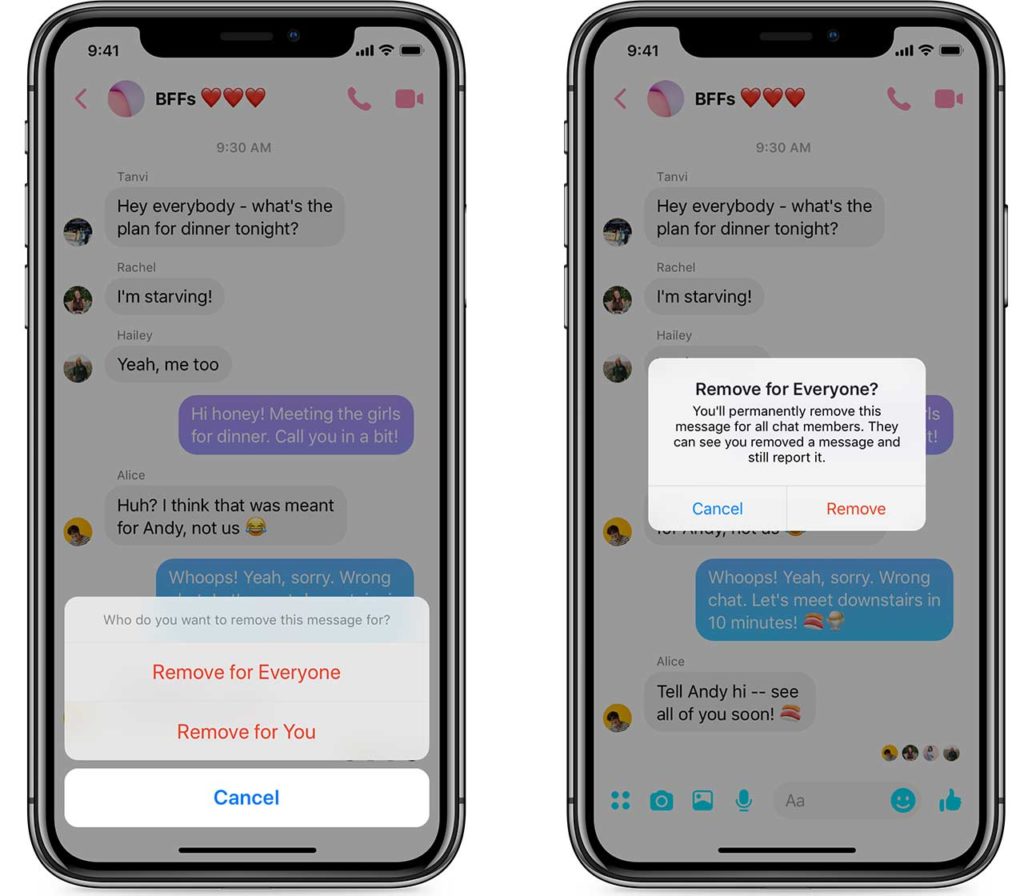 You’ll have 10 minutes to delete messages, although Facebook says it will listen to user feedback and may alter this window in the future.

The company says the time limit is to prevent abuse of the feature, such as a user sending and removing harmful messages. According to Facebook, users typically deleted a message for themselves within one minute of sending it.

Facebook says you can still report a harmful message that was removed and a company representative will investigate.