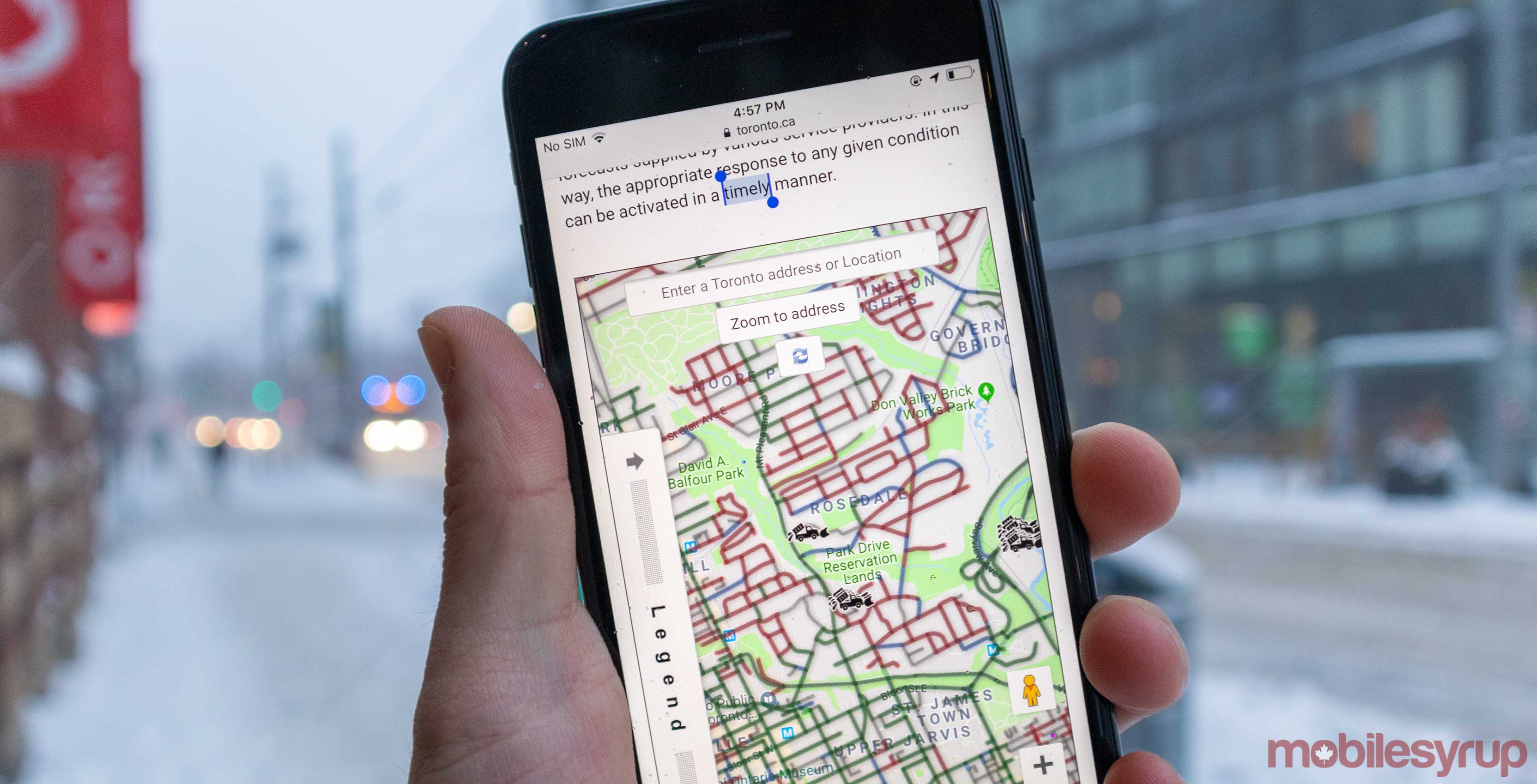 As winter starts to attack southern Canada, Canadians will now be able to use online tools to help track snow removal in their city.

Not every Canadian city and town has its own snow plow tracker per se, but a lot of them do have some form of letting its residents know the progress of snow removal in the area.

Toronto is one of the cities with a live tracker, that shows a map of the GTA, where the snow plows are and what streets have been plowed recently. To go along with this, Toronto has a Twitter account to share updates about snow removal and winter driving conditions.

You can check up on Toronto’s snow removal using the PlowTO online website.

Montreal has a live tracker, but it’s in the form of an app instead of a website. The app is called ‘INFO-Neige MTL,’ and it’s available on Google Play and the iOS App Store.

Ontario, Alberta and Nova Scotia even have web tools for tracking snow plows on major highways. You can visit 511on.ca to see an overview of the active plows and some extra driving condition information like construction zones in Ontario.

But don’t worry, even if every town or city doesn’t have a tracker, there are examples of cities trying to let its residents check road conditions in other ways.

For example, Vancouver doesn’t have a snow plow tracker, but it does allow people to look at recent images taken from cameras around the city.

If you want to see if your town has a tracker try searching for the name of your town and the keywords snow removal or snow plow tracker.

Some notable tracker I was able to find in a few quick searches this afternoon is below: