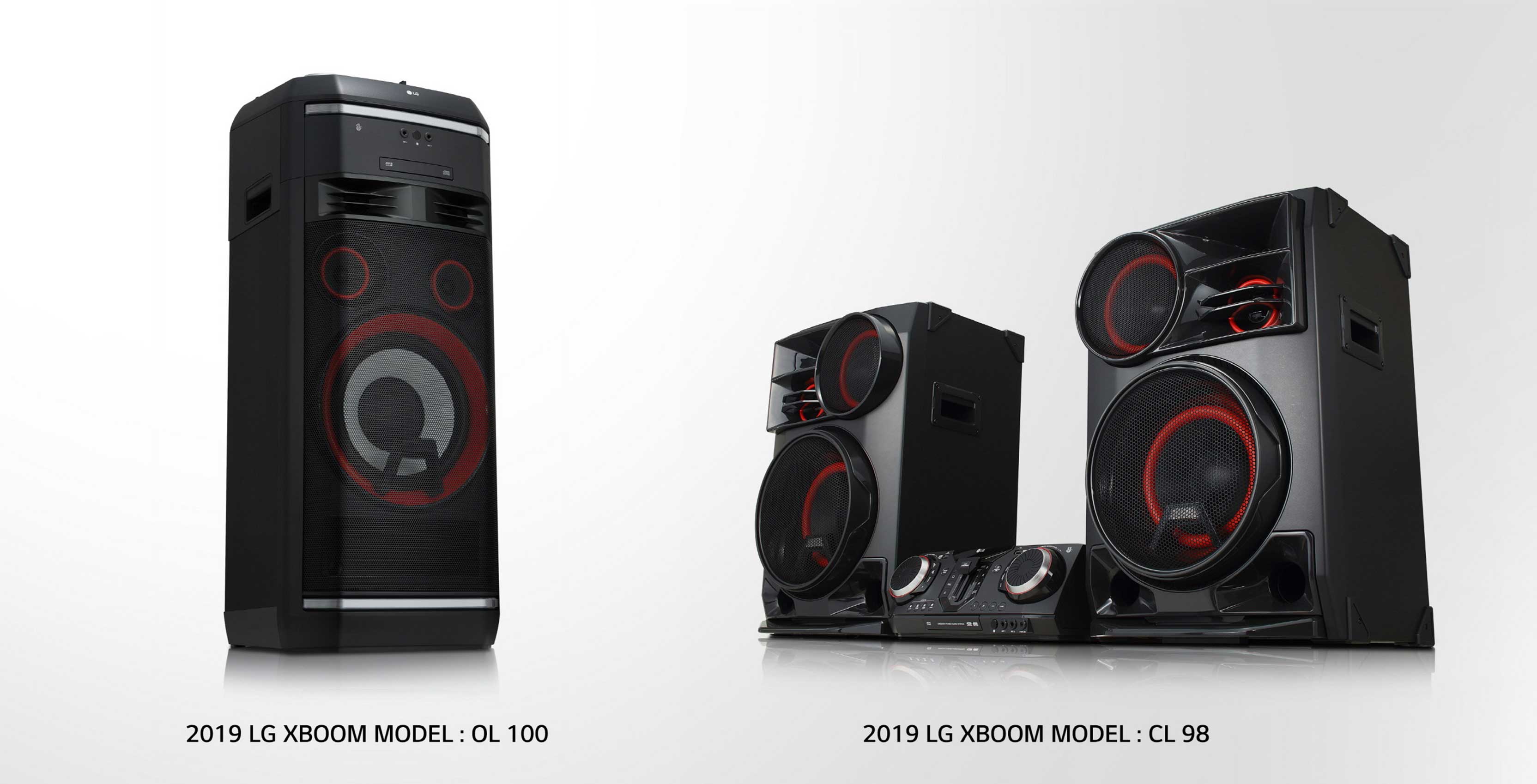 LG has shared information about the performance and look of its revamped XBoom speakers in a new press release.

The company seems to be targeting a litany of users with the range of new speakers, since there are quite a few wireless and high-end devices in the lineup.

The speaker range is led by the CL98 and OL100 flagship models. The former can output of 3,500 watts of sound and comes packed with LG’s extra features.

The company also mentioned that the CL98 incorporates a compression horn to help generate crisper sounds across more frequencies.

The XBoom OL100 will likely be perfect for parties. It can generate sound output up to 2,000 watts, while also featuring a ‘Meridian Mode’ where it can play audio according to the tuning specifications of British audio company Meridian.

Both of these devices are large speakers with various buttons and dials for tweaking music to individual user preferences.

The speakers even feature a crossfade function that lets users switch into another track, as well as a DJ app for iOS and Android that adds in a handful of more features and effects.

LG has also developed a technology called Karaoke Star that can suppress vocals on tracks so users can sing over top of songs with ease.

These speakers support the aptX HD audio codec so users that stream over Bluetooth can still get lossless high-quality audio reproduction without a hardwired connection. To discover if your device or phone supports the codec you can view a list of supported devices here.