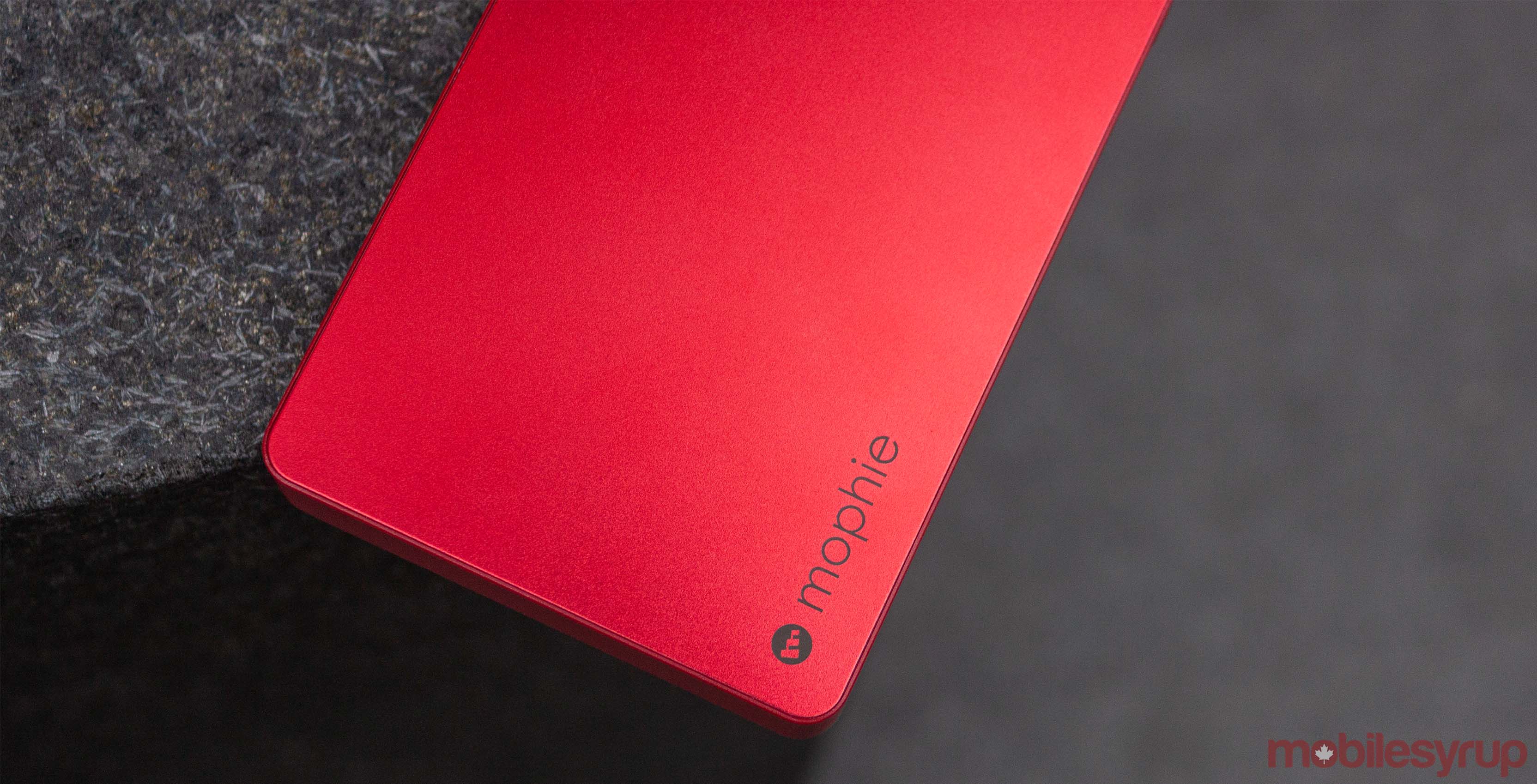 While I’m not one to look for style in something as mundane as a portable power bank, I must admit that Mophie’s new ‘Powerstation with Lightning connector’ is stunning.

Mophie sent along the red colour of the Powerstation, but the portable charger comes in black and grey as well. All three colours have a sleek aluminum finish that looks great. However, I particularly like how the red colour catches the light when you move it.

The sides of the Powerstation are a smooth plastic that feels nice as well. Beyond that, there’s little to say about the appearance of the power bank. The top aluminum panel is empty save for the Mophie logo in the corner. The aluminum on the underside features the regulatory information and symbols indicating which of the three ports is which. 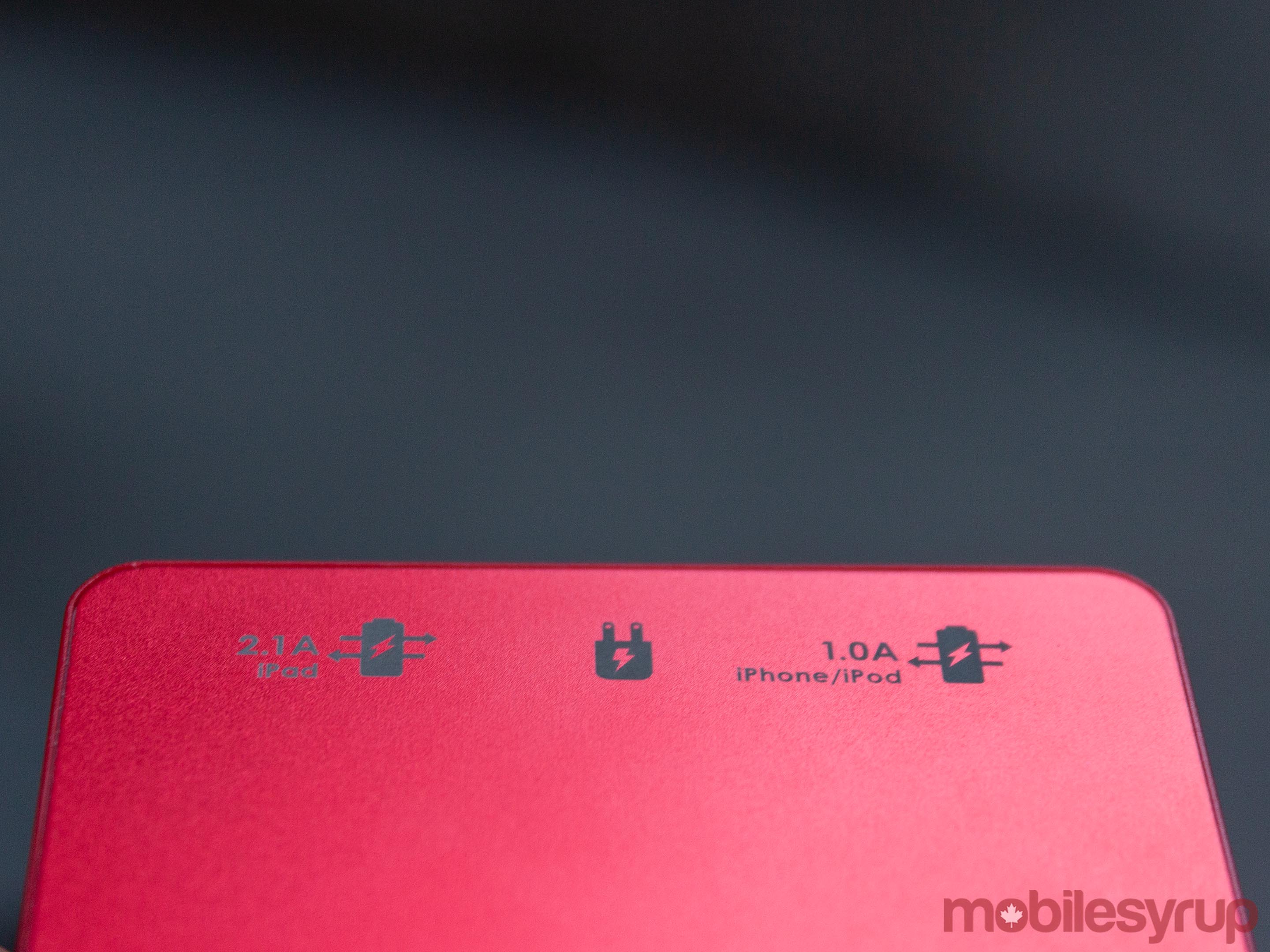 The Powerstation has two USB-A ports, one that outputs at 1.0A and the other at 2.1A. The former is for iPhones and iPods, the latter for iPads. However, in my own use, I found the 1.0A output charged my iPhone XS quite slowly, so I often used the 2.1A port to get a faster charge.

Further, there’s a Lightning port for charging the Powerstation. This is an excellent addition for those locked into Apple’s ecosystem, as the cable you use to charge your iPhone will also charge your Powerstation. 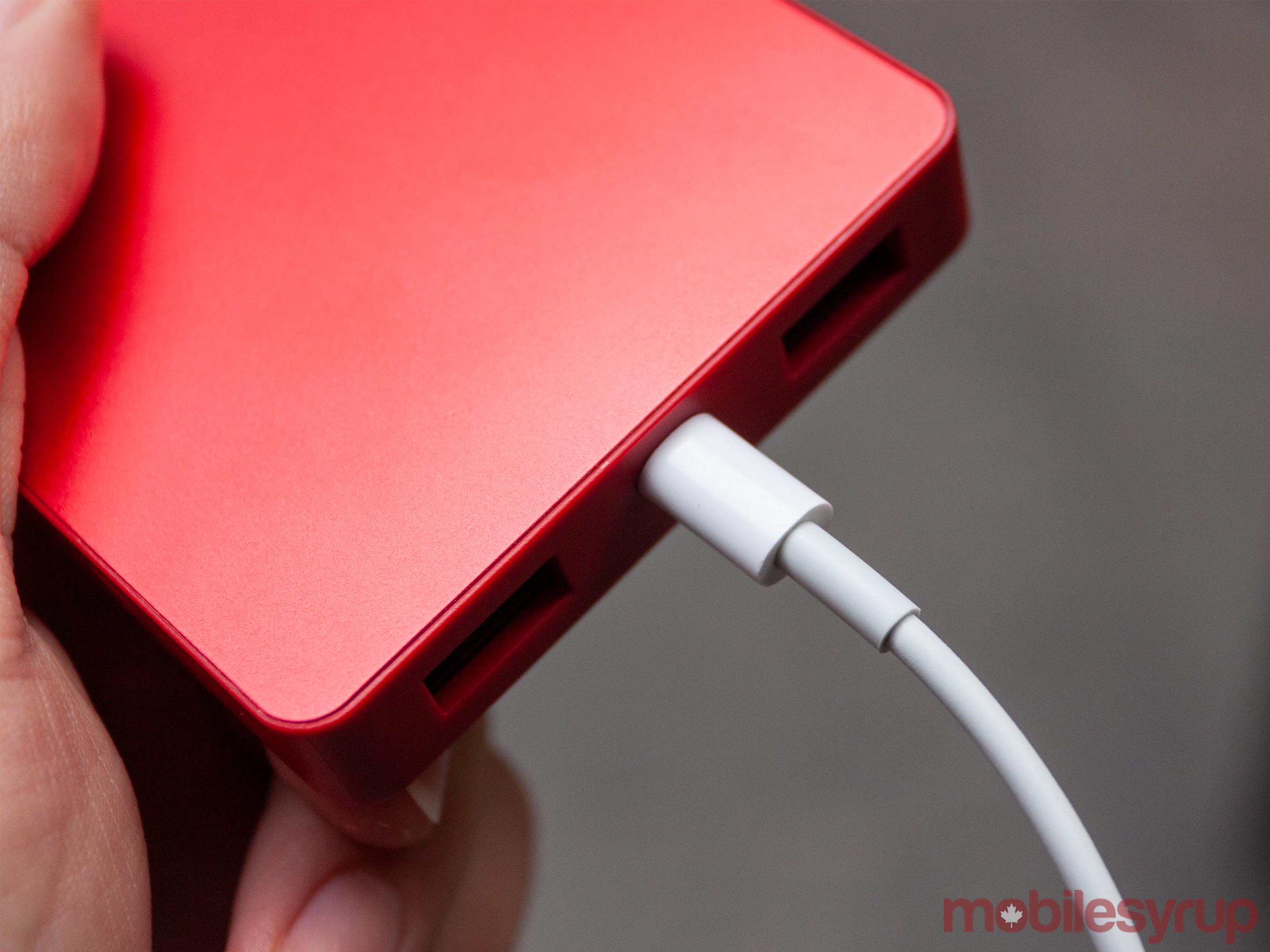 Lightning is a blessing and a curse 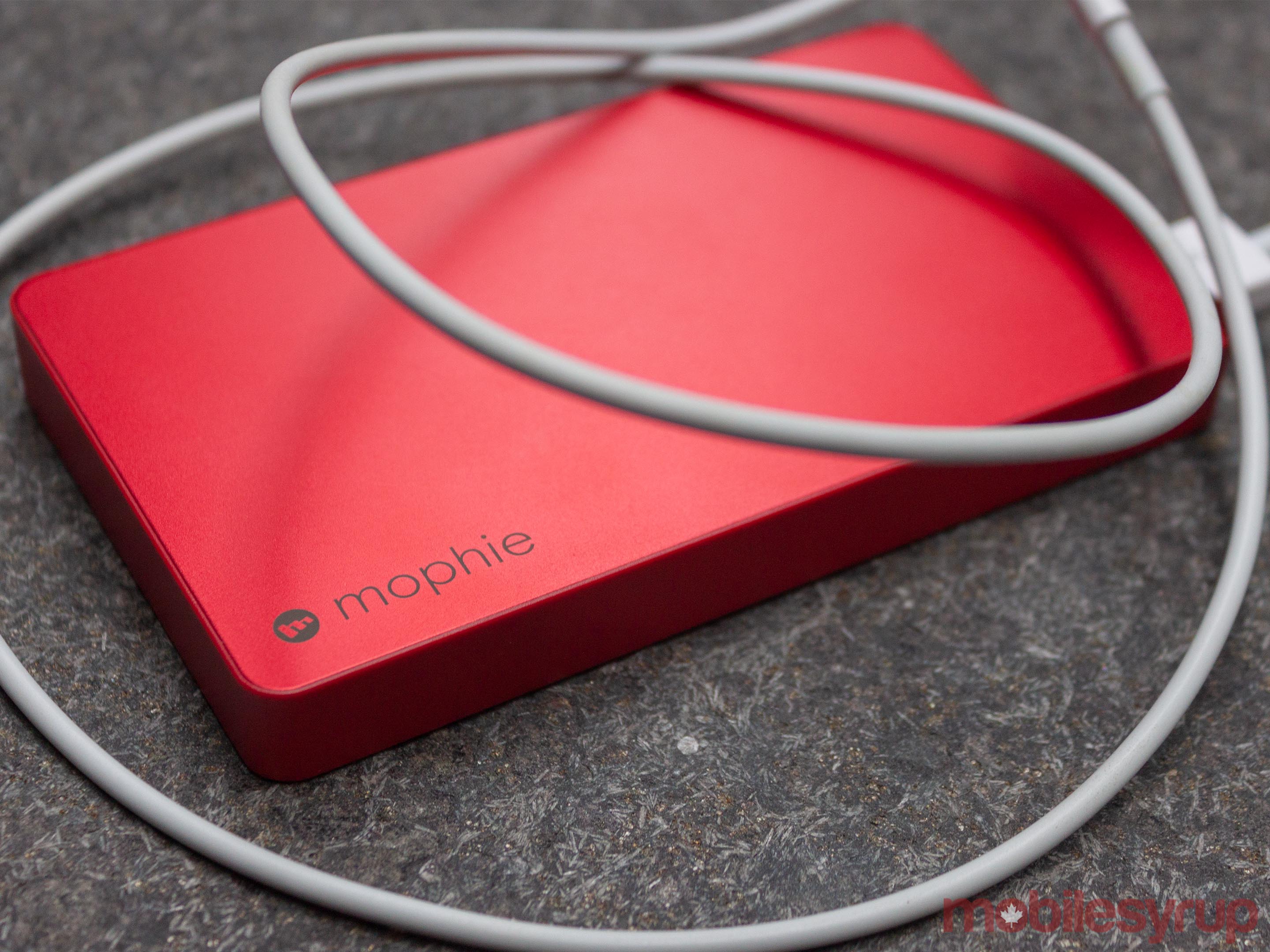 However, the greater sin here is the lack of fast charging. Granted, if you fork out the exorbitant amount of money for the Lightning fast charger, you can charge the Powerstation quickly. But the idea is that it works with the charger you already have. For most people, that’s the iPhone charger that came in the box — a decidedly slow charger, especially for the 5,050mAh Powerstation.

Plus, there’s the issue of size. At 5,050mAh, the Powerstation can’t even fully charge the iPad Mini 4, which sports a 5,124mAh battery. 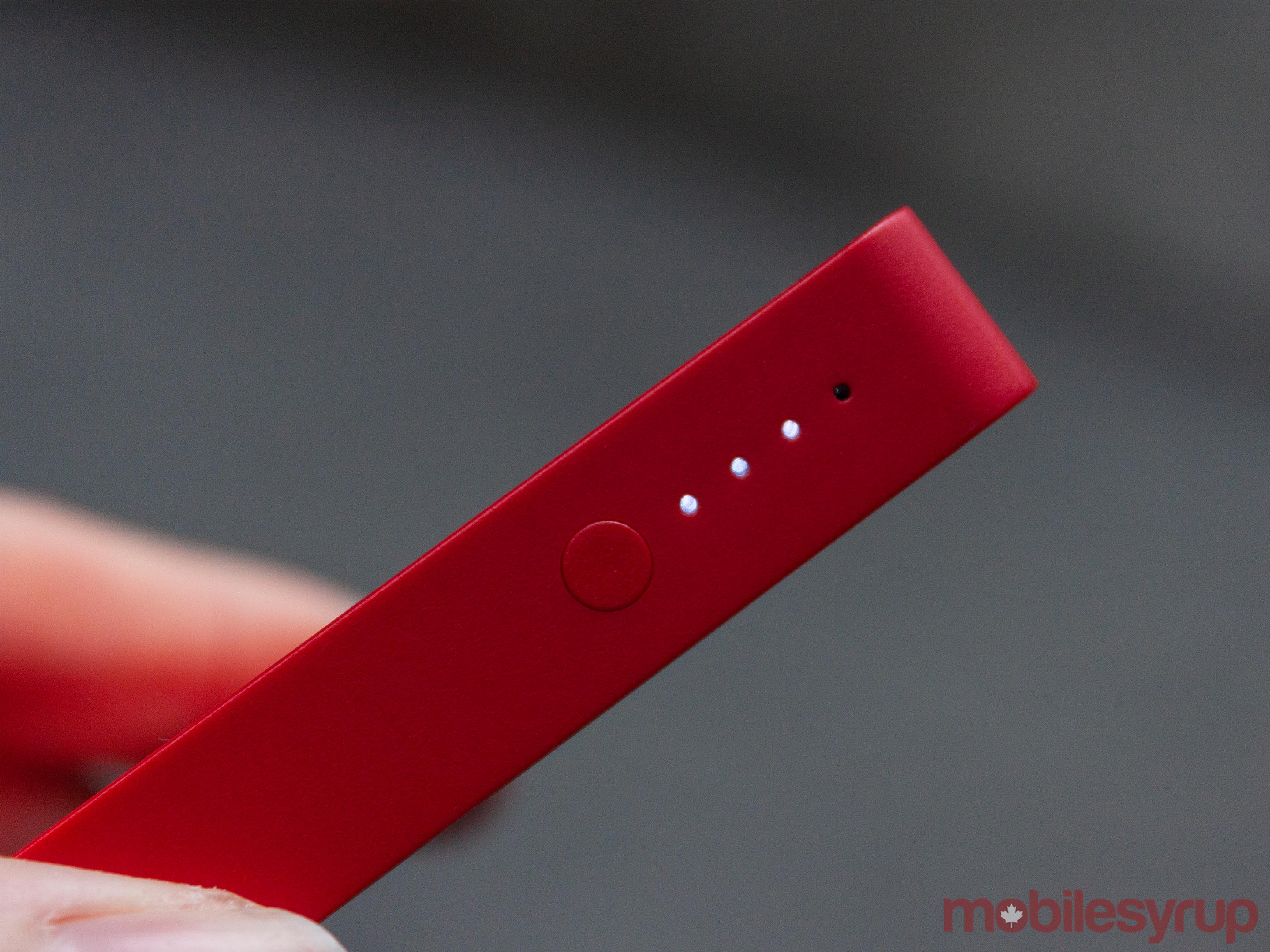 There’s also a Powerstation XXL variant for $133.96, but it doesn’t list the mAh size of the battery.

Ultimately, the Powerstation likely isn’t for you unless you like fashion over function or you’re heavily invested in Apple’s ecosystem.

In most cases, you’ll be able to find a comparable power bank for significantly less. A quick search on Amazon, for example, revealed the Anker PowerCore 5000. The compact power bank has 5,000mAh of charge stashed inside it and supports fast charging for just $25, which is less than half the cost of the Mophie.

Unfortunately, the Anker doesn’t match the Mophie in style; but at that price, who cares? 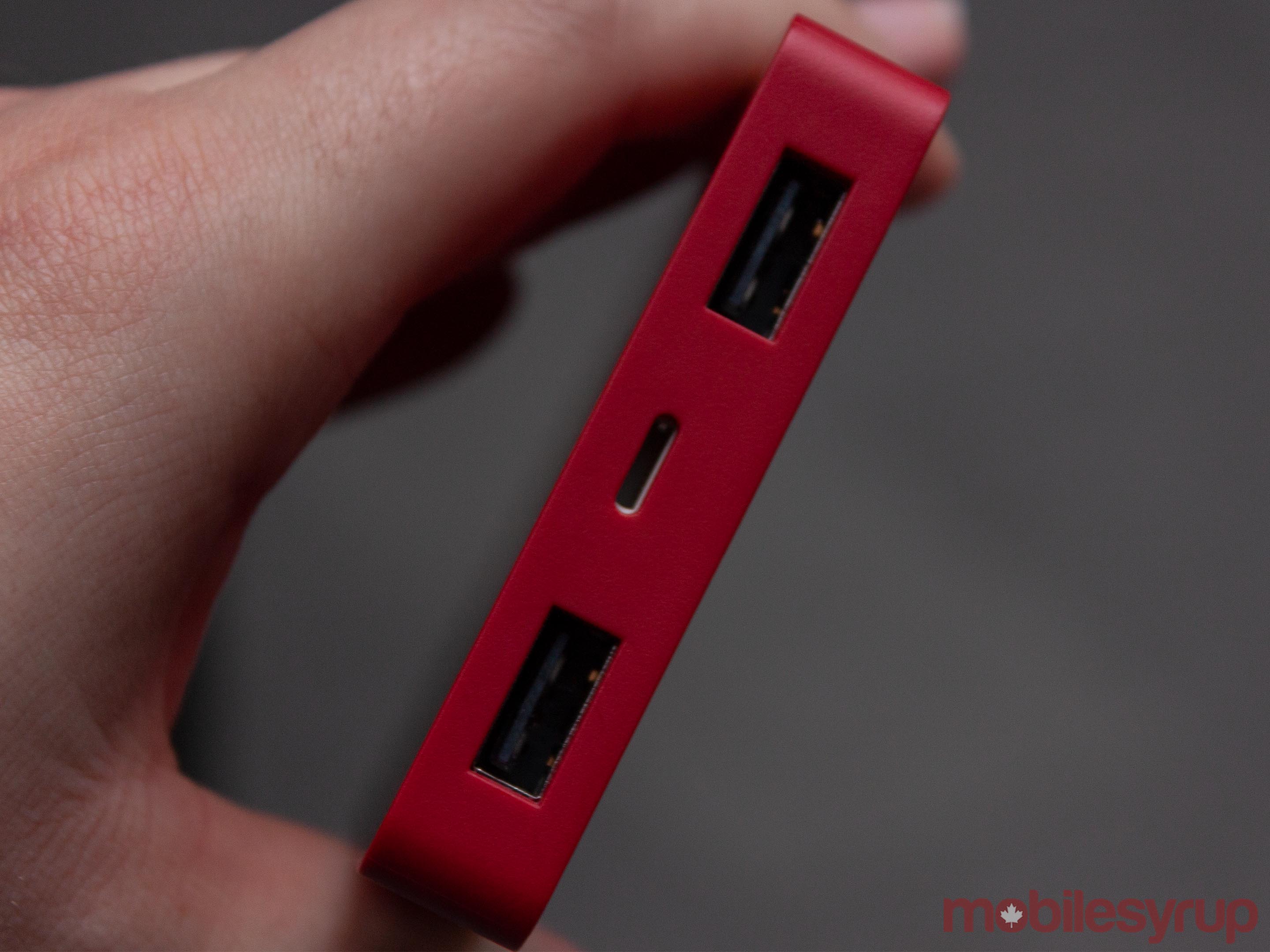 One final note regarding the Mophie Powerstation: at the time of writing, the Powerstation had yet to make its way to Canadian store shelves. If you want the Powerstation, you’ll have to buy it from Mophie’s website — which only lists the American price.

This will likely change soon, but for now, it stands as another reason to skip the Powerstation.