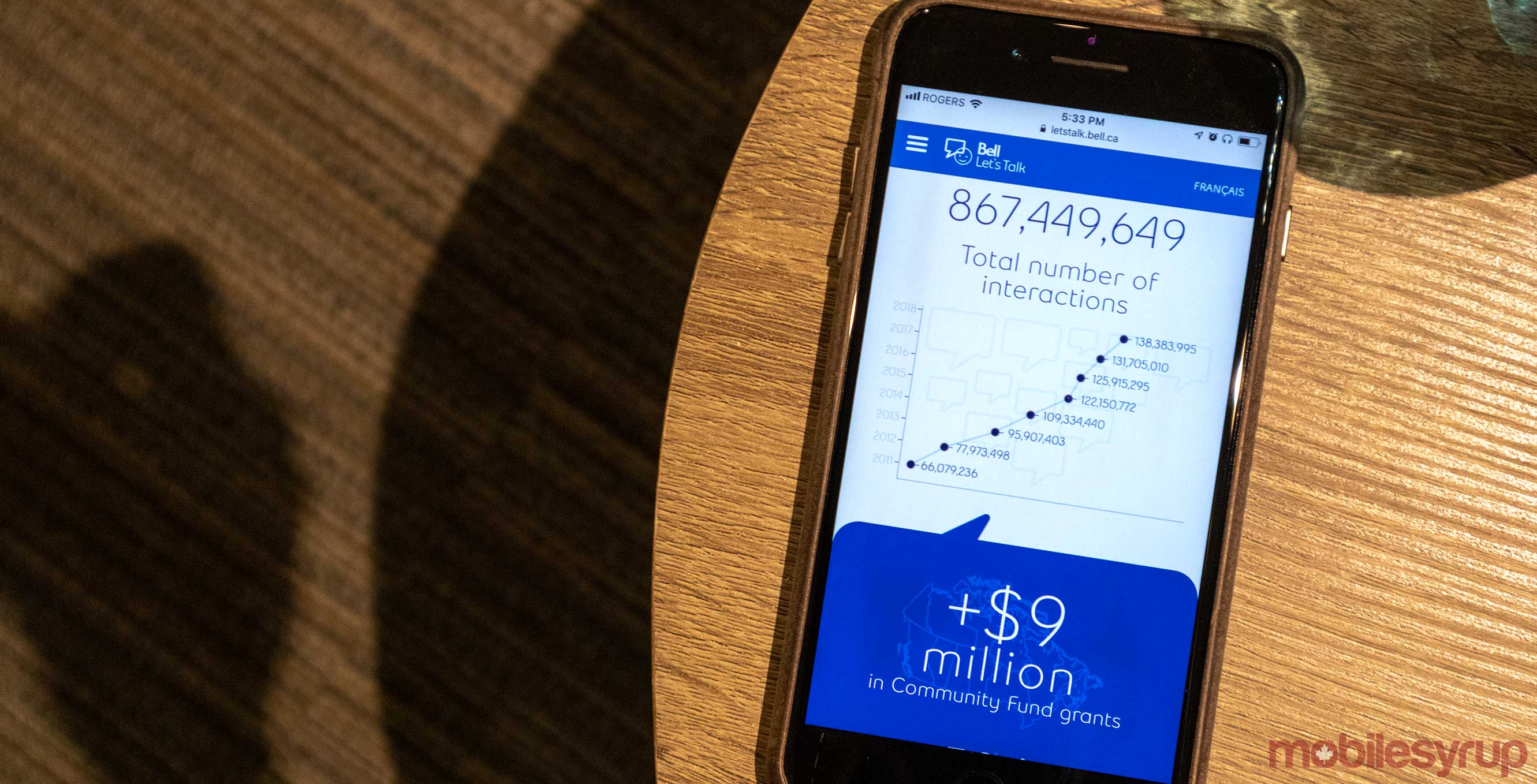 Bell’s Let’s Talk Day is coming up in a few months on January 30th, 2019 and it’s set to surpass one billion messages sent in support of mental health in Canada.

To take action and you can use #BellLetsTalk hashtag on Twitter or watch Bell’s Let’s Talk video on Twitter, Facebook or Instagram. Alternatively, sending Snapchats with the Bell’s event filter will also cause a donation.

As always, every call and text made by Bell Customers will result in a five cent donation too.