It wasn’t until the launch of Pokémon in North America back in 1998 that I dreamed of owning a Pokémon-themed Tamagotchi.

Unfortunately for my childhood, as well as my eventual adult self, that Pokémon Tamagotchi I imagined in my mind never truly came to fruition, with the only exceptions being 1998’s Pokémon Pikachu and 2010’s PokéWalker.

While both of these devices attempted to fill the Pokémon virtual pet void, they never really felt like a real Tamagotchi virtual pet. Instead, I was stuck with my classic aqua-coloured Tamagotchi and a ‘Masked Man‘ creature that wouldn’t stop continually pooping.

Fast forward to 2018 and The Pokémon Company and Tamagotchi have combined forces to release a Pokémon-themed virtual pet called the Pokémon Tamagotchi. 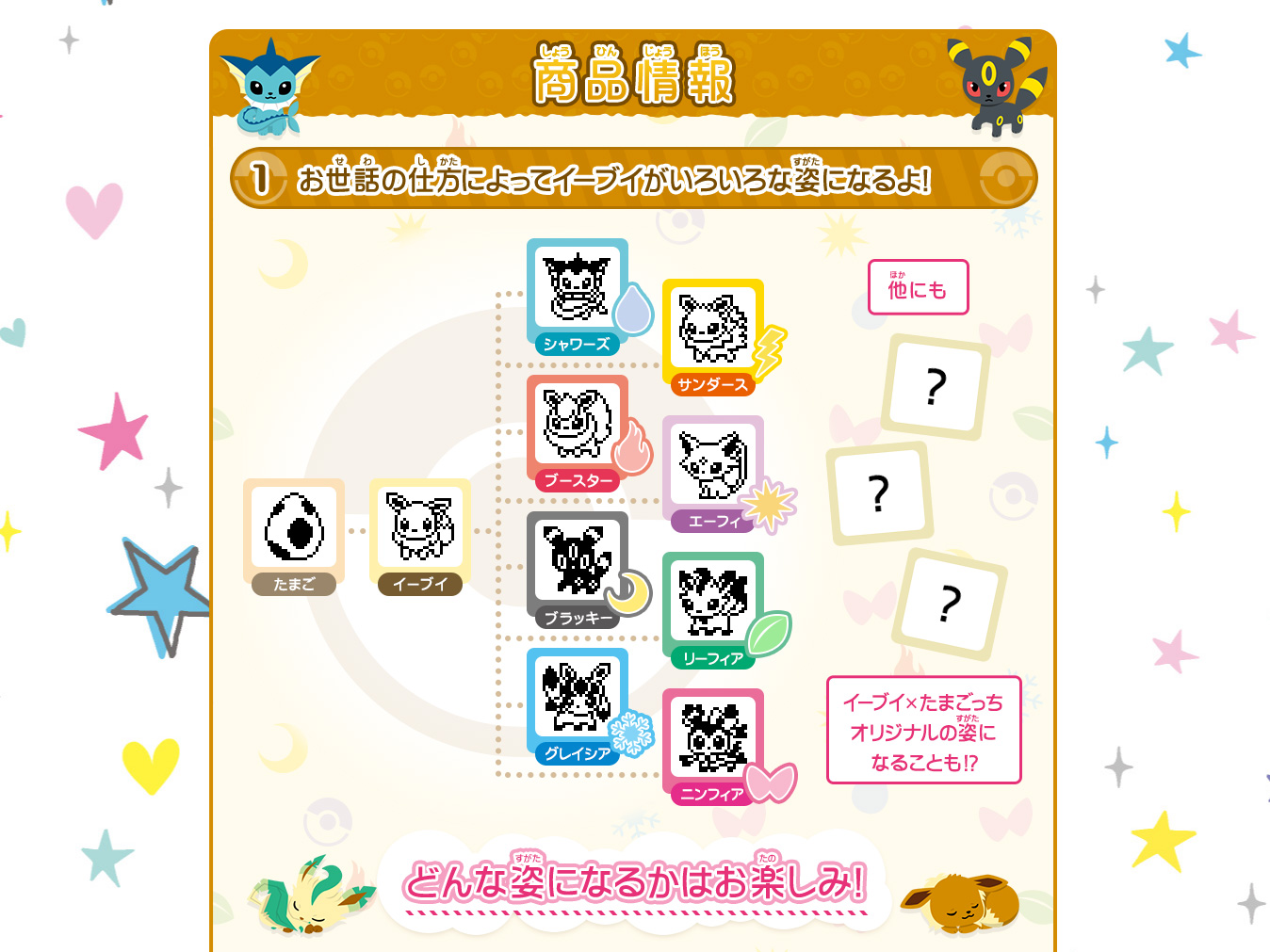 The pint-sized device allows users to raise an adorable, virtual version of the Pokémon Eevee, complete with the ability to transform the creature into its eight different evolutions: Espeon, Umbreon, Sylveon, Vaporeon, Flareon, Jolteon, Leafeon and Glaceon.

As you may have expected, there’s a catch. As it stands right now, unfortunately, the device doesn’t have a North American release date.

The Pokémon Tamagotchi is set to be released in Japan in January of 2019 for roughly $20 USD ($27 CAD) in both a brown and pink colour. Here’s hoping that this Pokémon Tamagotchi gets a Canadian release at some point in the future.

Source: Tamagotchi Via: The Verge