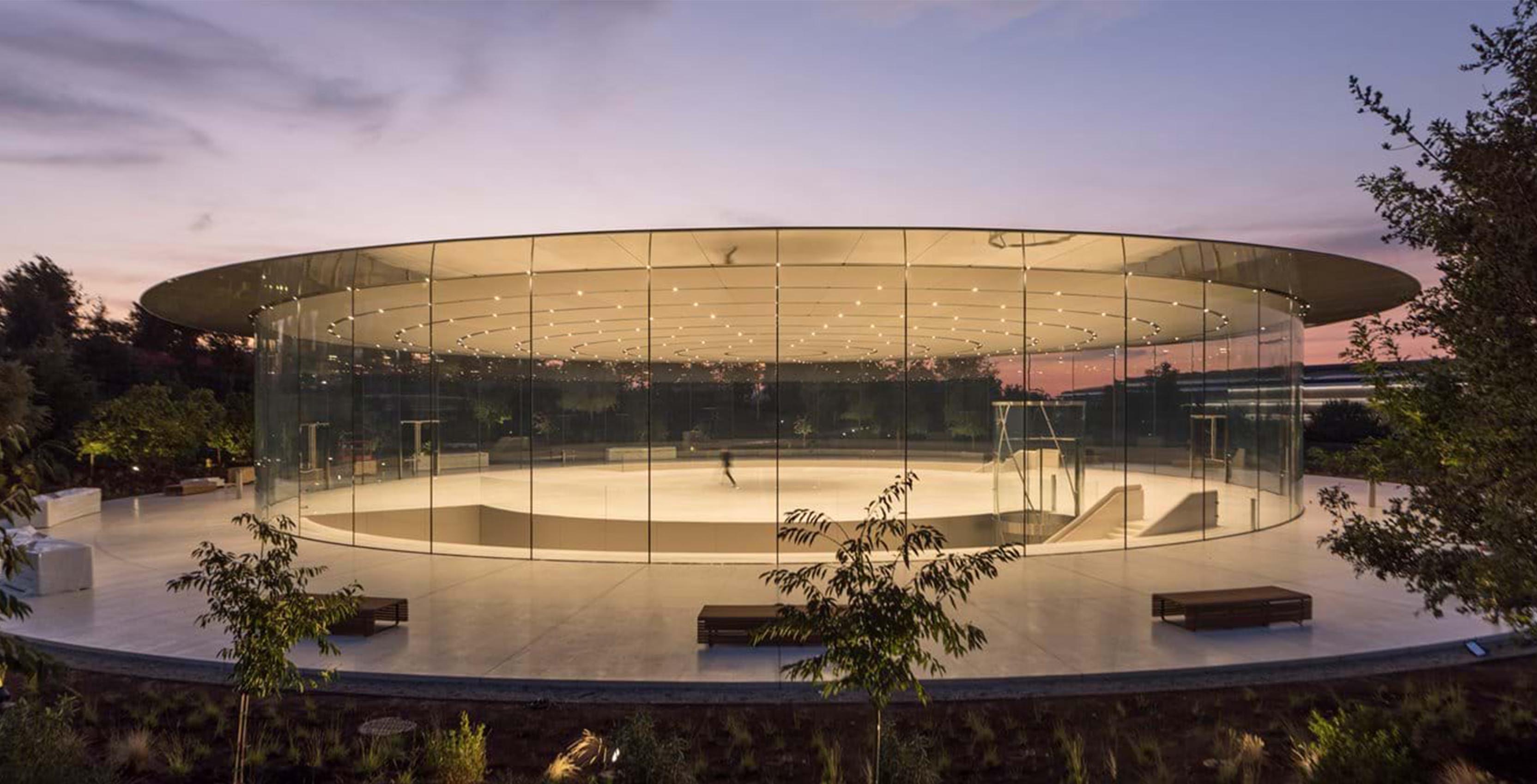 Apple’s Steve Jobs Theater on its Apple Park campus has won the award for Structural Artistry.

The Institute of Structural Engineers released the names of the winners of the 2018 Structural Awards, including the Structural Artistry award.

According to the institute, the Structural Artistry category looks at how buildings transform the ordinary into the extraordinary. Specifically, the award is presented to projects where an “adequate and worthy solution has been transformed by the vision and skill of the structural engineer into something exceptional.”

Regarding the Steve Jobs Theatre, the judges felt the way the engineers hid things like pipes, wires and other necessities helped make the building something exceptional.

According to the judges’ notes, the pavilion of the Steve Jobs Theatre is the largest structure in the world solely supported by glass.

The theatre’s 47m, largest of its kind, carbon fibre roof is comprised of 44 radial panels. These were assembled on site before being raised into position in one lift.

Further, a 7m high glass cylinder supports the 80-ton roof. Glass panels consisted of four layers of 12mm thick plies, make up the cylinder. There are no additional supports.

However, the most impressive part of the design is that it hides all the conduits, sprinkler pipes, data, audio and security systems needed in the roof inside the 30mm joints between each glass panel.

Overall, it’s no surprise that the Steve Jobs Theatre won. It is a beautiful structure, and the engineers, architects and all else involved deserve recognition for their work.

While it didn’t win any awards, this stunning rendition of Apple Park in Lego deserves some recognition as well.

Source: Institute of Structural Engineers Via: 9to5 Mac