USMCA will lead to creation of new Committee on Telecommunications 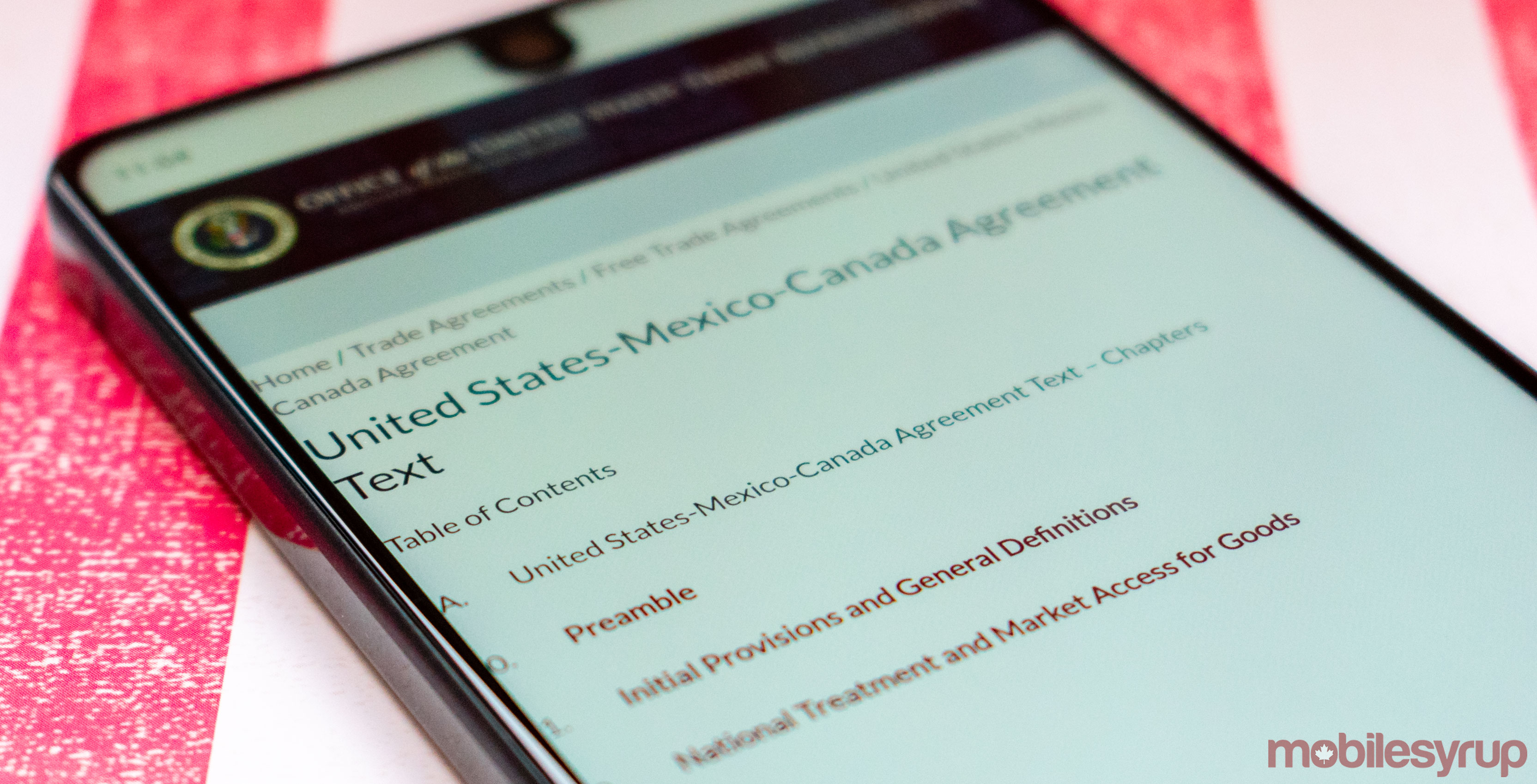 If ratified, the new United States-Mexico-Canada Agreement (USMCA) will lead to the creation of a ‘Committee on Telecommunications,’ intended to regulate the telecom relationships between the U.S., Mexico and Canada.

According to the text of Chapter 18 of the USCMA, the Committee on Telecommunications will be responsible for reviewing and monitoring the telecom relationship between the treaty’s three member states, while also “enabling responsiveness to technological and regulatory developments in telecommunications.”

The Committee of Telecommunications will be staffed by government representatives from the USMCA’s member states.

In addition to establishing the Committee, the Chapter 18’s text seems to suggest that all three countries are interested in establishing a pro-competitive telecom environment aimed at supporting affordable services.

For instance, one section clearly states that countries will be responsible for ensuring that major suppliers from one country provide access to “poles, ducts, conduits, rights-of-way, and any other structures” to public telecom service providers from another country.

The use of public utilities, like hydro poles, is a subject of great importance when it comes to 5G networks, as experts believe that that 5G rollout will rely on municipalities opening up these utilities to telecom service providers.

Portions of Chapter 18 also specifically address concerns about privacy and the flow of information across borders.

For instance, paragraph three states that enterprises from any country can utilize public telecom network “for the movement of information in its territory or across its borders…and for access to information contained in databases or otherwise stored in machine-readable form in the territory of any party.”

However, countries aren’t prevented from ensuring the privacy of citizens when it comes to information that travels across borders, “provided that those measures are not applied in a manner that would constitute a means of arbitrary or unjustifiable discrimination or disguised restriction on trade in services.”

Certain portions of the USMCA also clearly establish that telcos can’t prohibit network roaming when it comes to devices that aren’t necessarily available in a network’s home nation.

According to Chapter 18, no country will be permitted from preventing other countries from “choosing the technologies they wish to use to supply their services.”

It’s worth noting that countries are allowed to choose their technology suppliers, “provided that any measure restricting that choice is not prepared, adopted, or applied in a manner that creates unnecessary obstacles to trade.”

Federal Minister of Foreign Affairs Chrystia Freeland confirmed via Twitter that the U.S., Canada and Mexico reached an agreement on the USMCA on September 20th, 2018.

The United States Congress, the Parliament of Canada and the General Congress of the United Mexican States have all yet to formally approve of the USMCA.