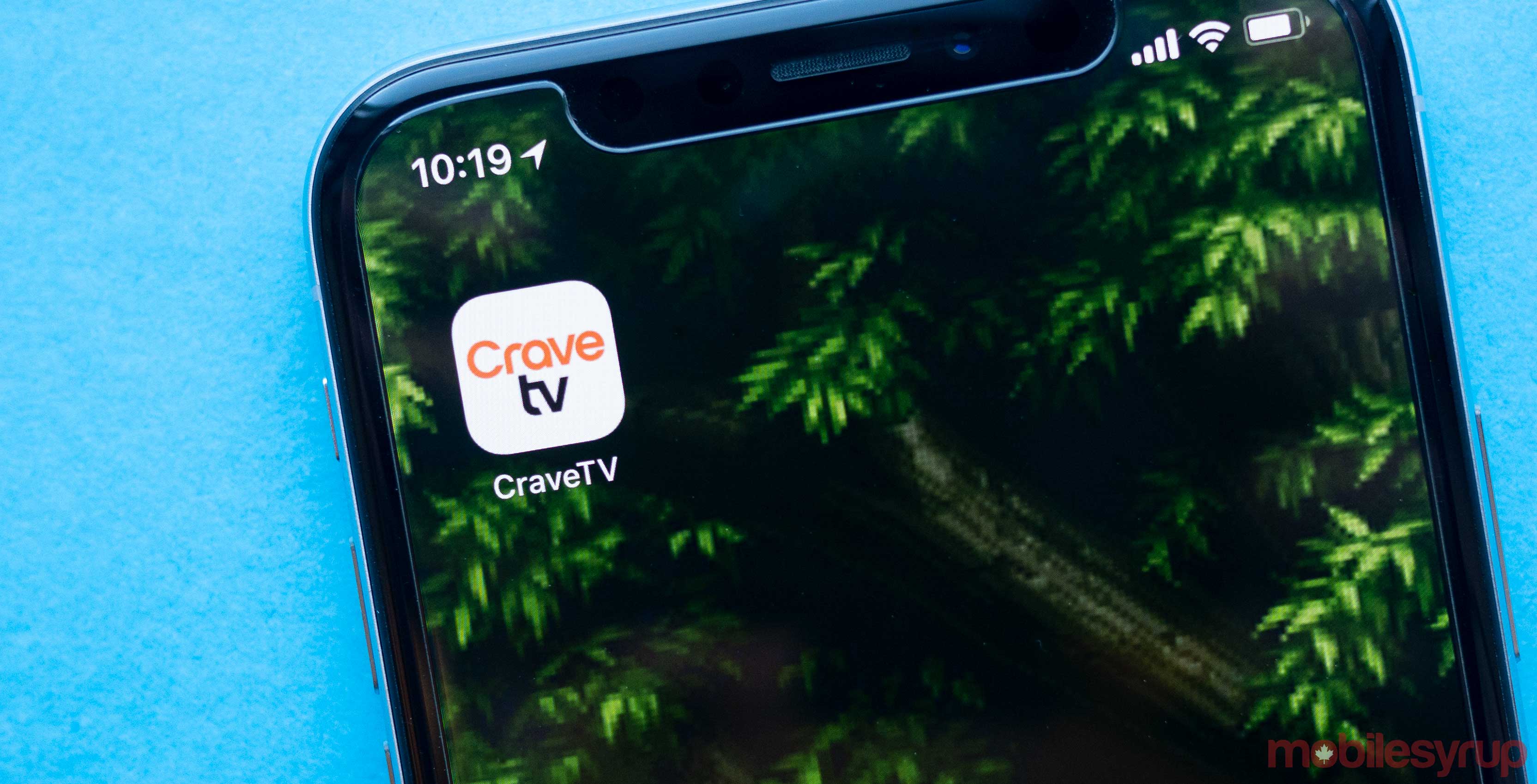 In an email to subscribers, Bell Media has confirmed that CraveTV’s monthly subscription price is increasing from $7.99 CAD per month to $9.99 plus tax per month starting June 25th.

To be clear, this price increase only affects those who subscribe to CraveTV directly and not those who access the service through their television provider.

Subscribers interested in retaining current pricing for an additional three, six or 12 months, need to extend their subscription prior to June 25th in order to still be charged $7.99 per month, says Bell Media. 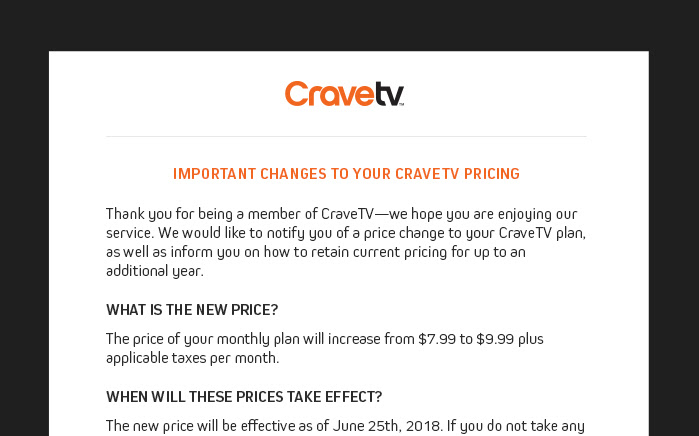 Bell Media’s CraveTV remains the only large scale Canadian-owned streaming platform in Canada. Since, Rogers and Shaw’s Shomi streaming service shut down back in November of  2016. In January of 2016, CraveTV became available to all Canadians and not just Bell media subscribers following a CRTC decision. This change was initially proposed by the CRTC in March of 2015.

While CraveTV is often criticized for lacking the wide selection of content present on significantly larger competing platforms like Netflix, the service does offer significant value for its monthly fee. Along with HBO’s back catalogue of content, now including seasons one through six of Game of Thrones, as well as critically acclaimed shows like The Wire and Oz, the service also features premium Showtime content at no additional monthly fee, unlike competing platforms such as U.S.-exclusive streaming platform Hulu.

CraveTV currently has 1.3 million subscribers across Canada as of February 2018, according to information revealed during the carriers’ Q4 2017 earnings report.

“The price change for CraveTV reflects the continued cost increases we’re facing to acquire the highest quality programming. But it’s programming like HBO, Showtime, Starz and other premium content that makes CraveTV the best value of any streaming service available in Canada.”