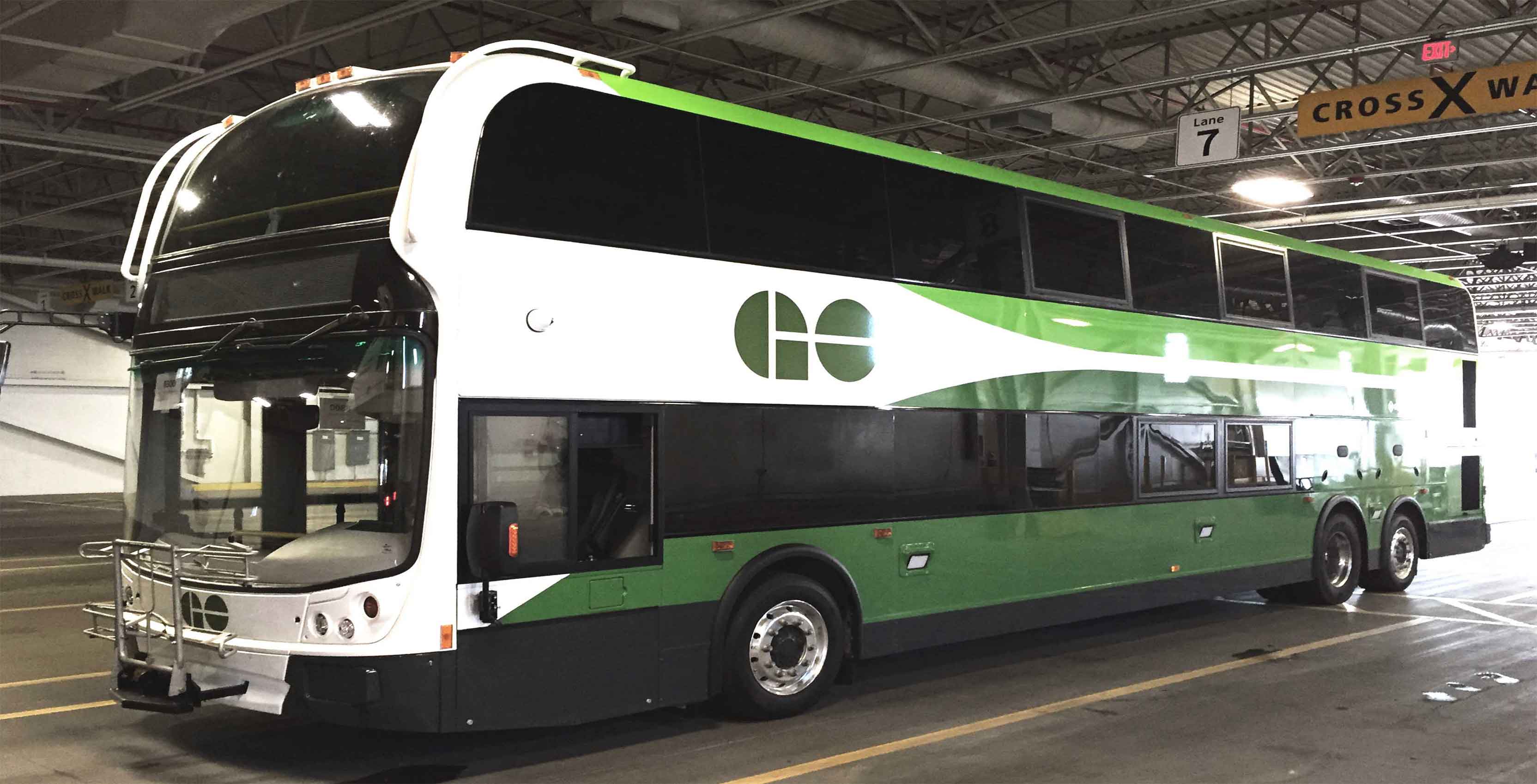 An upcoming Metrolinx board meeting will feature new information about a potentially soon-to-be-released Presto mobile app.

According to the agenda for the April 26th, 2018 Metrolinx board meeting, the Ontario-based public transit Crown agency has plans to discuss “How Presto mobile will make it easier to get around.”

The agenda links to a three-slide presentation that expands on a potential Presto mobile app for both iOS and Android. 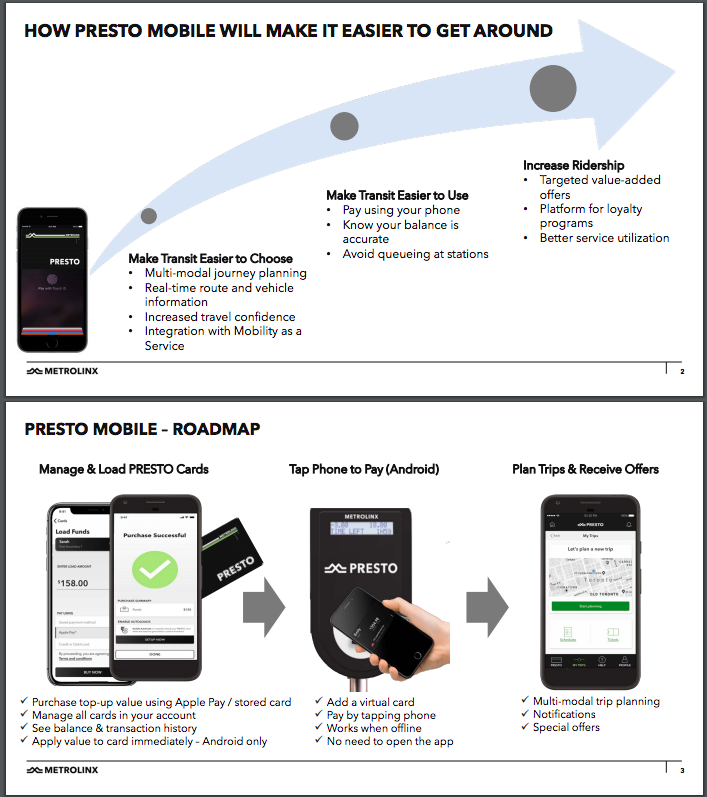 According to the slides, the Presto app will allow users to manage and load their Presto cards; tap their phones against Presto terminals to pay for trips; as well as plan trips and receive offer notifications.

The slides specifically state that tapping to pay for trips is an Android-exclusive feature.

A Metrolinx spokesperson told MobileSyrup that the first phase of the app will be released by the end of 2018.

“In both cases, PRESTO will add these features to the iPhone version of the app, if and when Apple provides support for these features,” said the same spokesperson, in an email to MobileSyrup.