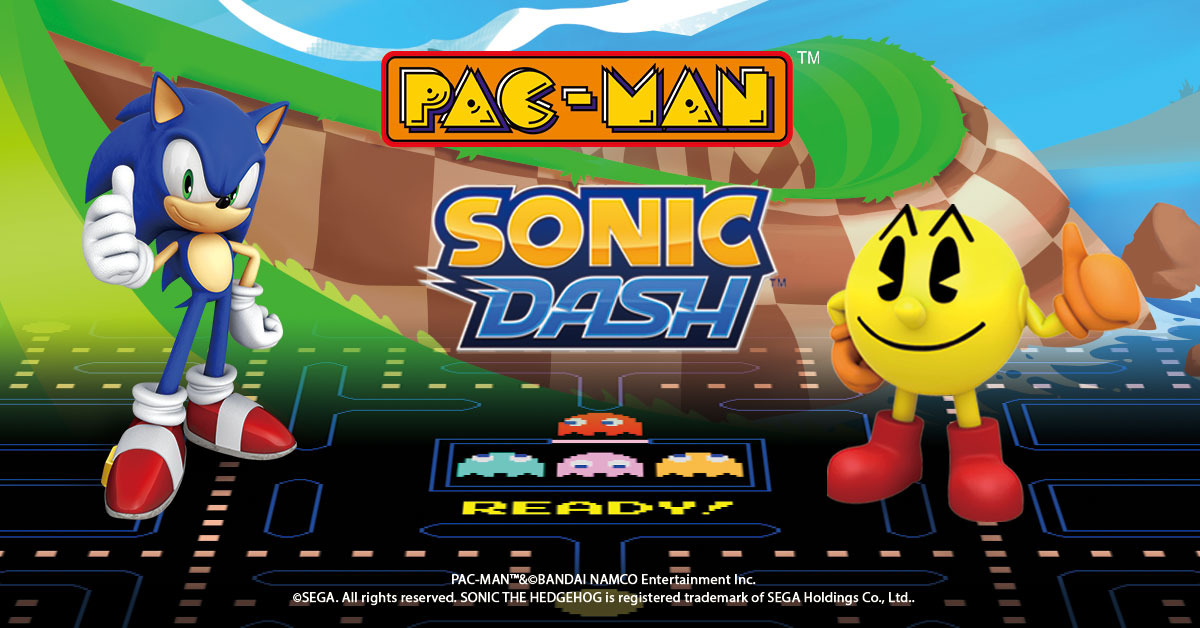 Sega and Bandai have announced a limited-time mobile game crossover between their respective Sonic the Hedgehog and Pac-Man characters.

Until March 20th, Pac-Man and Ms. Pac-Man will be playable characters in the Sonic Dash endless runner, while Sonic will appear in the Pac-Man mobile game.

Retro gaming fans, unite: PAC-MAN and Sonic the Hedgehog are having a historic crossover on mobile for a limited time!#SonicDash #PACMAN #MazesandRaces

In Sonic Dash, players will take control of the Pac-Man couple as they race against ghost-themed enemies in four one-week long special events. Pac-Man, meanwhile, has been invaded by Sonic’s infamous Dr. Eggman, with players navigating Sonic through a Pac-Man grid inspired by Green Hill Zone. 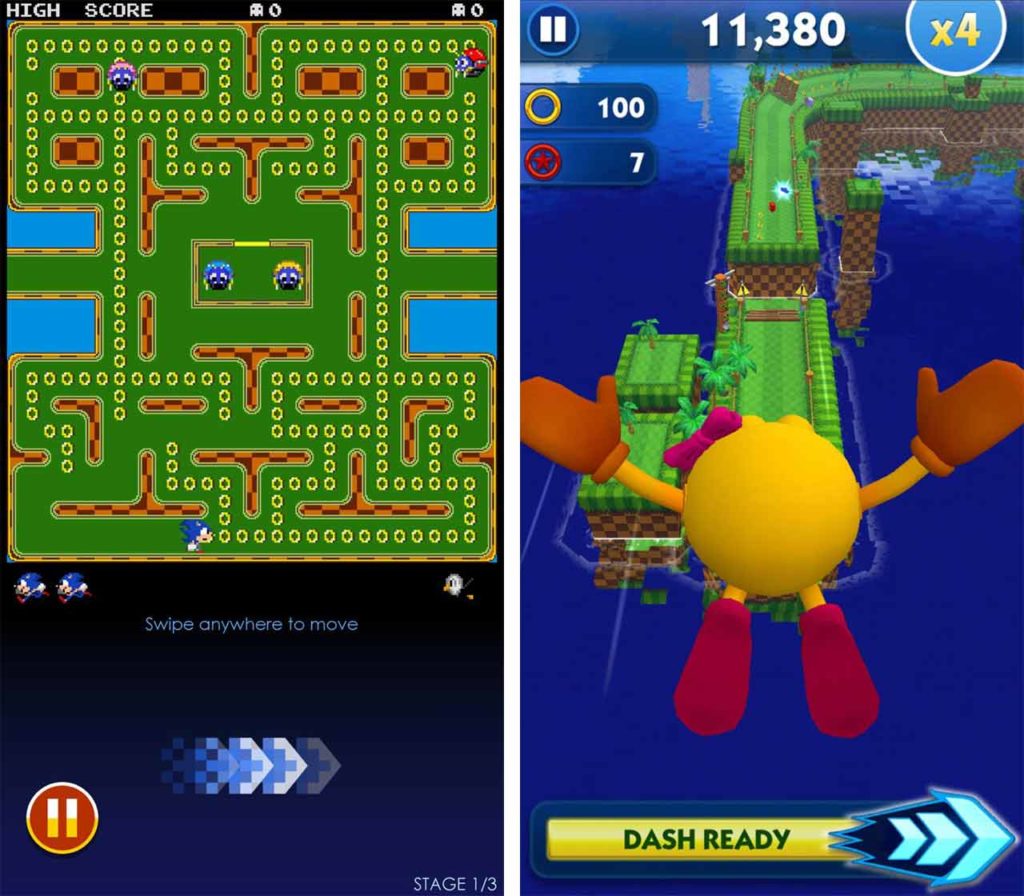 While the event only lasts for a month, Sega and Bandai Namco are offering ways to keep the crossover content after March 20th. Playing any of the six Sonic stages in Pac-Man will permanently unlock them, while collecting enough of the fruits, bells and keys in Sonic Dash will similarly let players keep Pac-Man and Ms. Pac-Man forever.