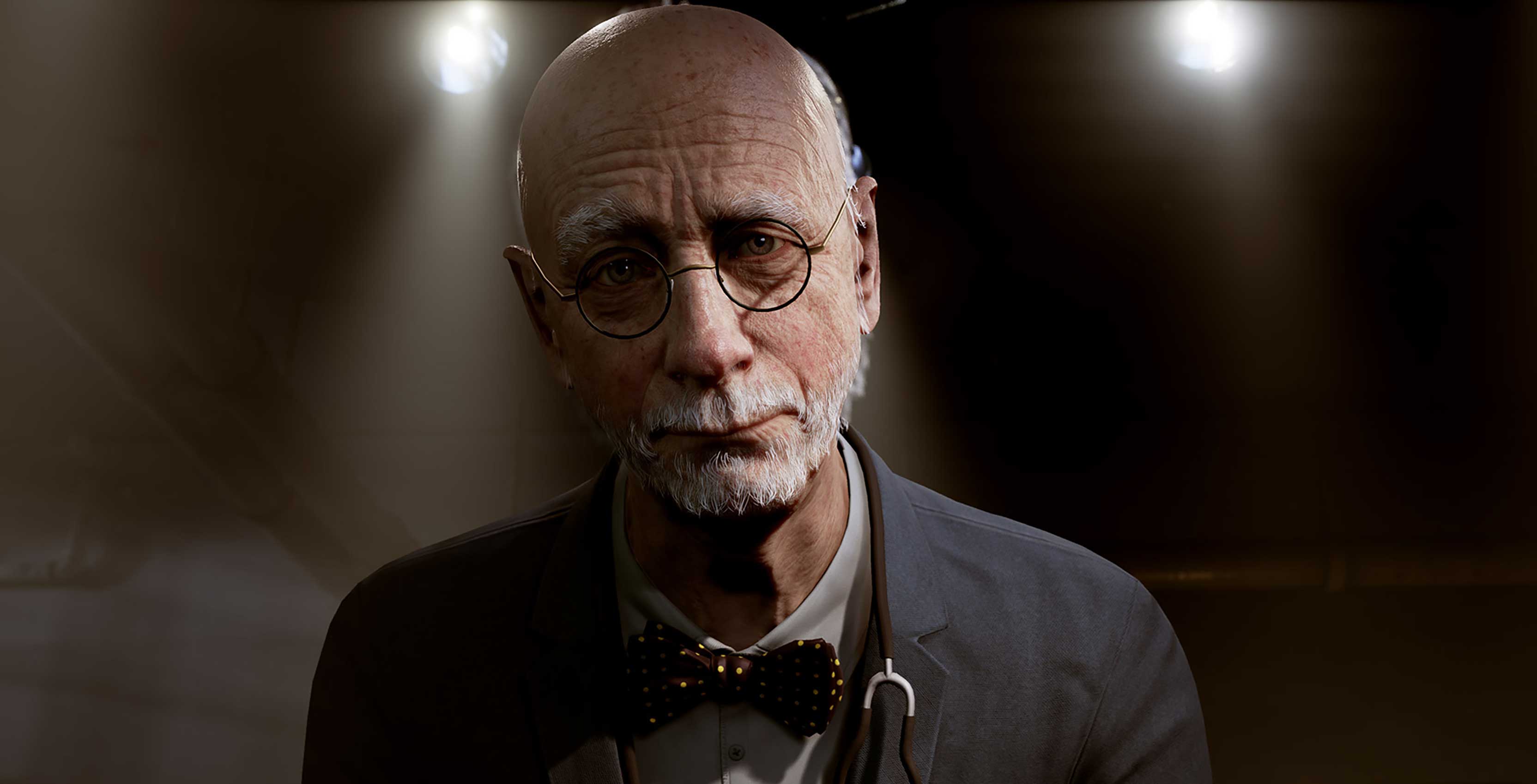 Until Dawn might have just been the surprise PlayStation 4 hit of 2015. Developer Supermassive smartly poked fun at slasher movie tropes to deliver a brilliant interactive horror experience that surprised many, publisher Sony included.

But while Until Dawn wasn’t so much scary as it was a campy homage to classic films, Supermassive’s PlayStation VR prequel, The Inpatient, is an outright horror experience. Set 60 years before the events of the original game, you play as an an amnesiac inmate at the Blackwood Sanatorium (located, interestingly enough, in the Alberta Rockies).

At first, you don’t know who you are or why you’ve been admitted to this spooky facility, although you can choose which race and gender you are. Those who played Until Dawn may remember Blackwood as the same dilapidated, monster-infested location that Mike visits partway through the game.

That said, knowing the inevitable outcome of the Sanatorium doesn’t lessen the experience at all. That’s because like the best horror games, The Inpatient is less about the jump scares and more about atmosphere and tension. Great lighting and haunting binaural audio cues further heighten the unnerving mood. 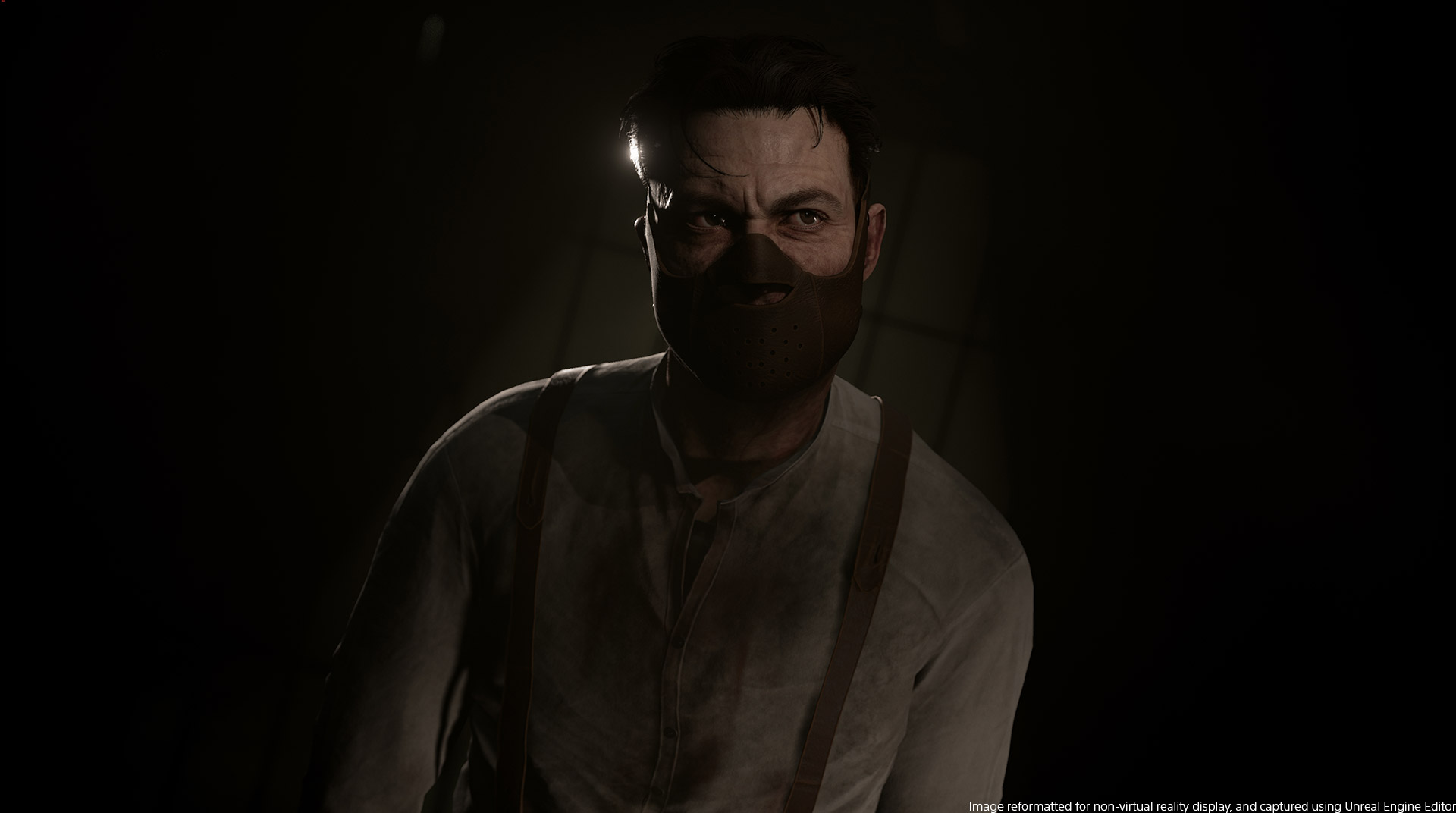 Meanwhile, the first two-thirds of the game wonderfully build-up the narrative, with you and your cellmate trapped and fighting fear, starvation and even insanity as you try to escape. Your fellow inmate will be a different male or female character, depending on which sex you chose.

Stuck in a creepy unknown mental hospital in the middle of nowhere, I came to appreciate my cellmate Anna’s presence. Eventually, though, she became pitiable as she slowly descended into madness, making me increasingly disturbed at what she may do next. Like Until Dawn, The Inpatient is choice-based, with your actions affecting the outcome of the story through the ‘Butterfly Effect’ system. This made me exercise even more caution with Anna, uncertain if what I did with her would be harmful later on. 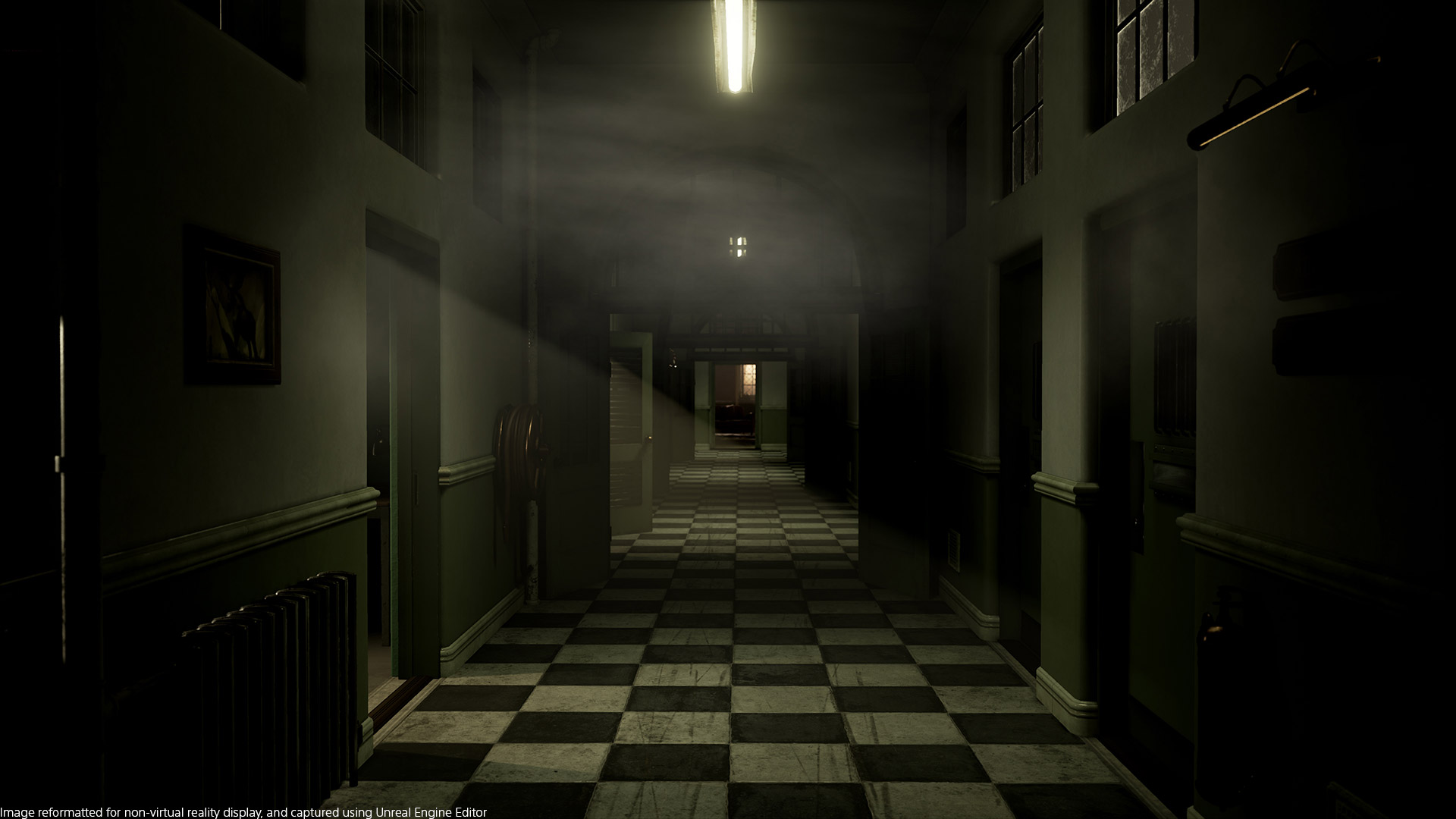 All the while, your character will slowly regaining bits and pieces of his/her memory. Additional flashbacks can be viewed by finding small highlighted objects in the environment. I was initially intrigued to discover more about who I was, but the revelation is unfortunately almost fully lifted from another popular horror game (to say which one may ruin the surprise). Still, it’s interesting to learn more about some of the characters and the larger Blackwood conspiracy at hand.

Gameplay-wise, The Inpatient lets you choose between using either the DualShock 4 or PlayStation Move controllers. However, I found neither method completely intuitive, as both have their notable drawbacks. With the Move controllers, you can freely control your character’s hand movement, letting you better manipulate objects. This is particularly useful once you get a flashlight, as you can completely move the beam of light around to help you get through the Sanitorium. 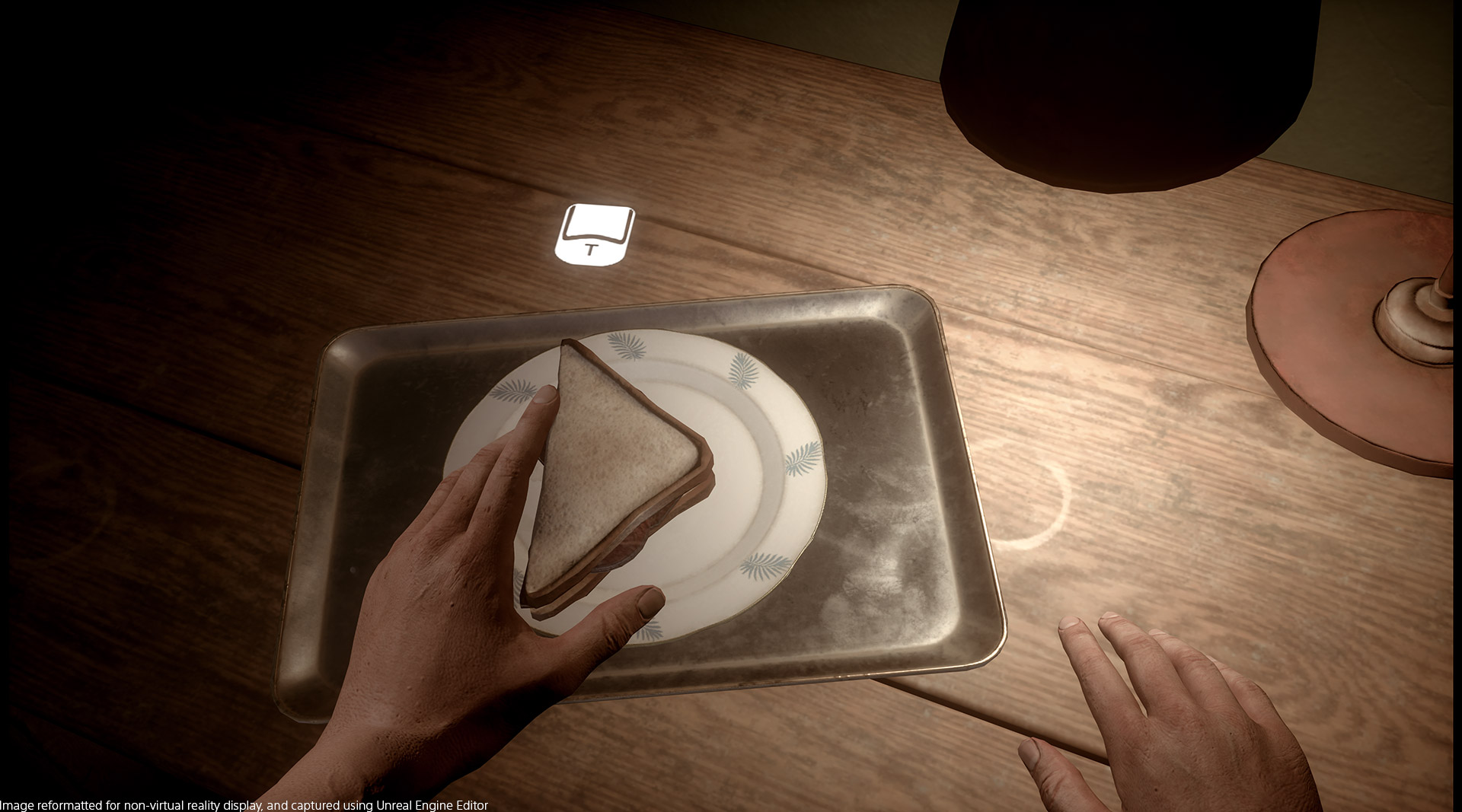 On the flip side, turning left or right with the Move controllers is very cumbersome, as you have to swing your right controller in the direction you want to go while pressing the Move button. This, along with holding the Move button on the left controller to move forward, makes for a rather awkward method of movement. Being unable to turn around made things even more complicated. Occasionally, I also found myself getting stuck on a doorway because my character wouldn’t go the way I wanted her too.

I ultimately switched over to the DualShock 4, which is much simpler and more easy-to-use control scheme. You can move and rotate the camera in 30-degree increments with the two analog sticks, as well as make a quick 180-degree turn if need be. Unfortunately, you lose some of that added hand movement immersion in the change-over, but it’s nevertheless a worthwhile tradeoff to make the game more fun to play. 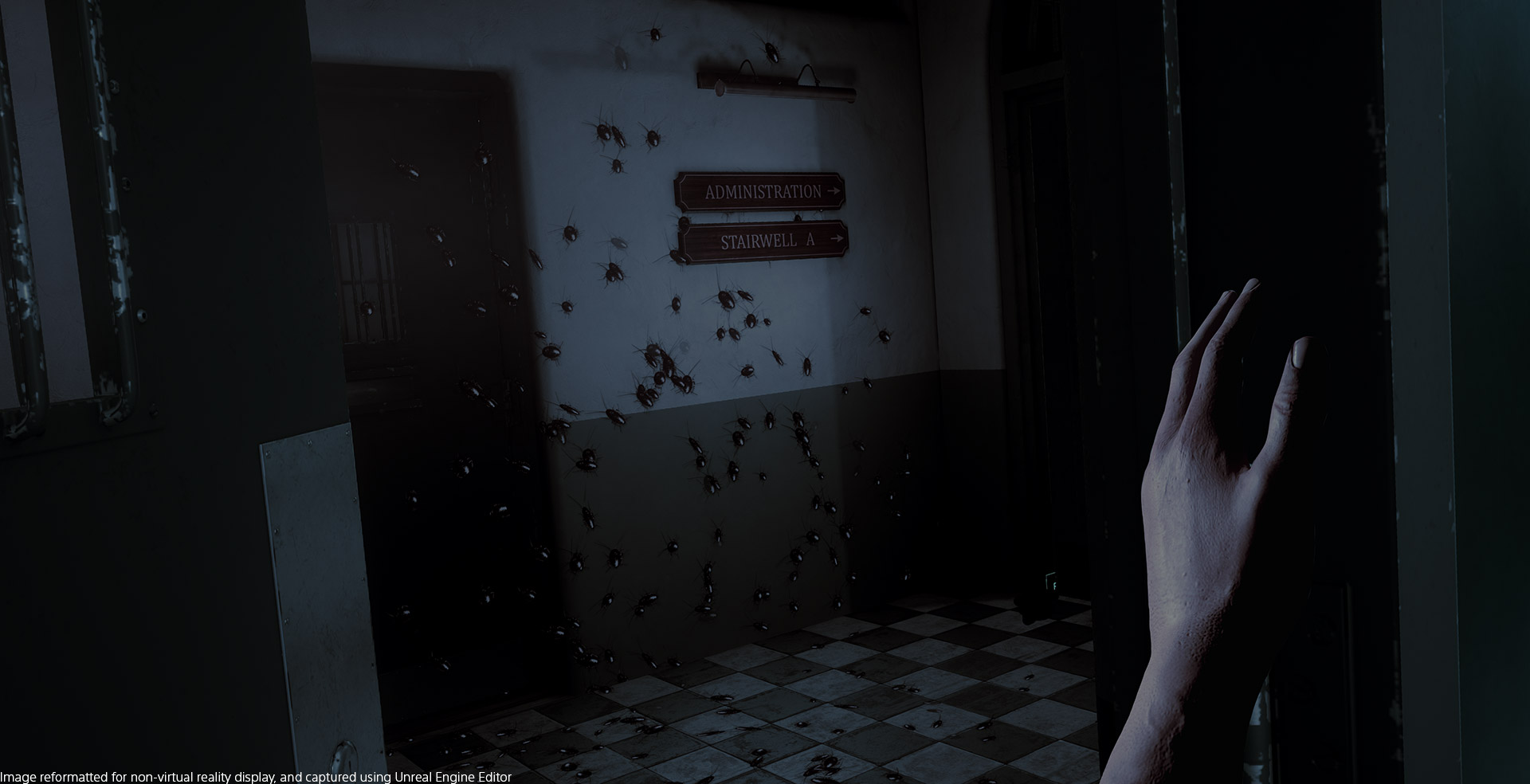 The Inpatient‘s most innovative control feature, though, is actually quite clever; using the PS VR’s built-in microphone, you’ll be able to verbally choose your in-game responses. While it may sound gimmicky at first, I found that it added to the immersion, making it feel as though I myself was speaking to the characters.

After finishing my first playthrough, I was initially disappointed at how anticlimactically the game wrapped up, particularly because it only lasted for about two hours. However, replaying the game will reveal a surprising amount of endings; beyond affecting which other inmates live or die, your actions can also lead to where you end up in the end. As a nice touch, one particularly depressing ending even directly ties into the beginning of Until Dawn. The allure of seeing potentially radically different endings enticed me to play through the game once again. 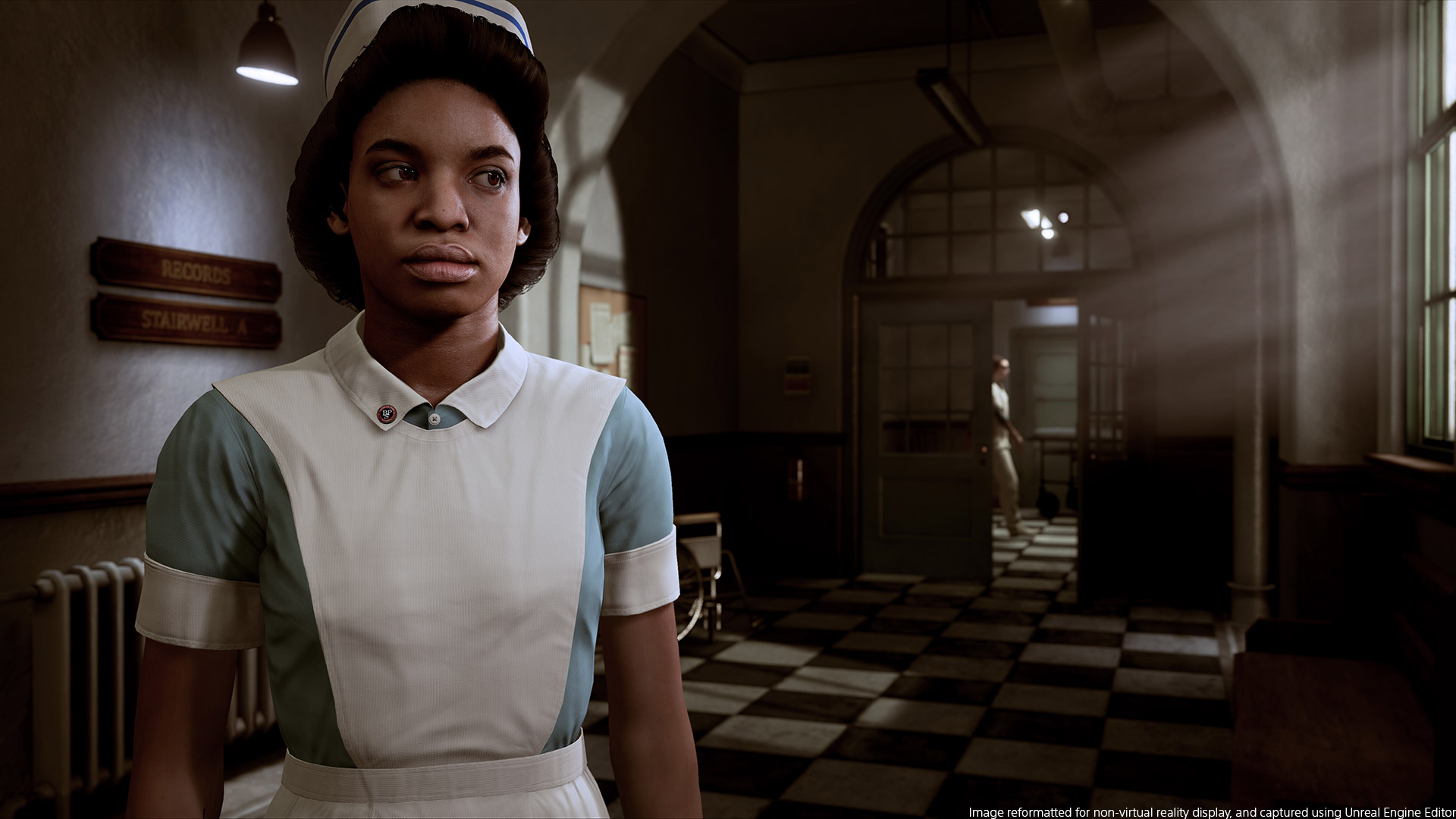 The Inpatient suffers somewhat for its clunky controls and brief length. While the latter qualm is improved somewhat from solid replay value through hidden collectibles and additional endings, the $55 CAD price tag may still be tough to swallow.

However, if you can look past the cost and other stumbles, The Inpatient is a fine VR experience. Strong atmosphere, a compelling setting and top-notch production values make this one sanatorium worth getting admitted to.

The Inpatient can be downloaded on the PlayStation Store for $53.49 CAD.