The app has also been optimized for the iPhone X 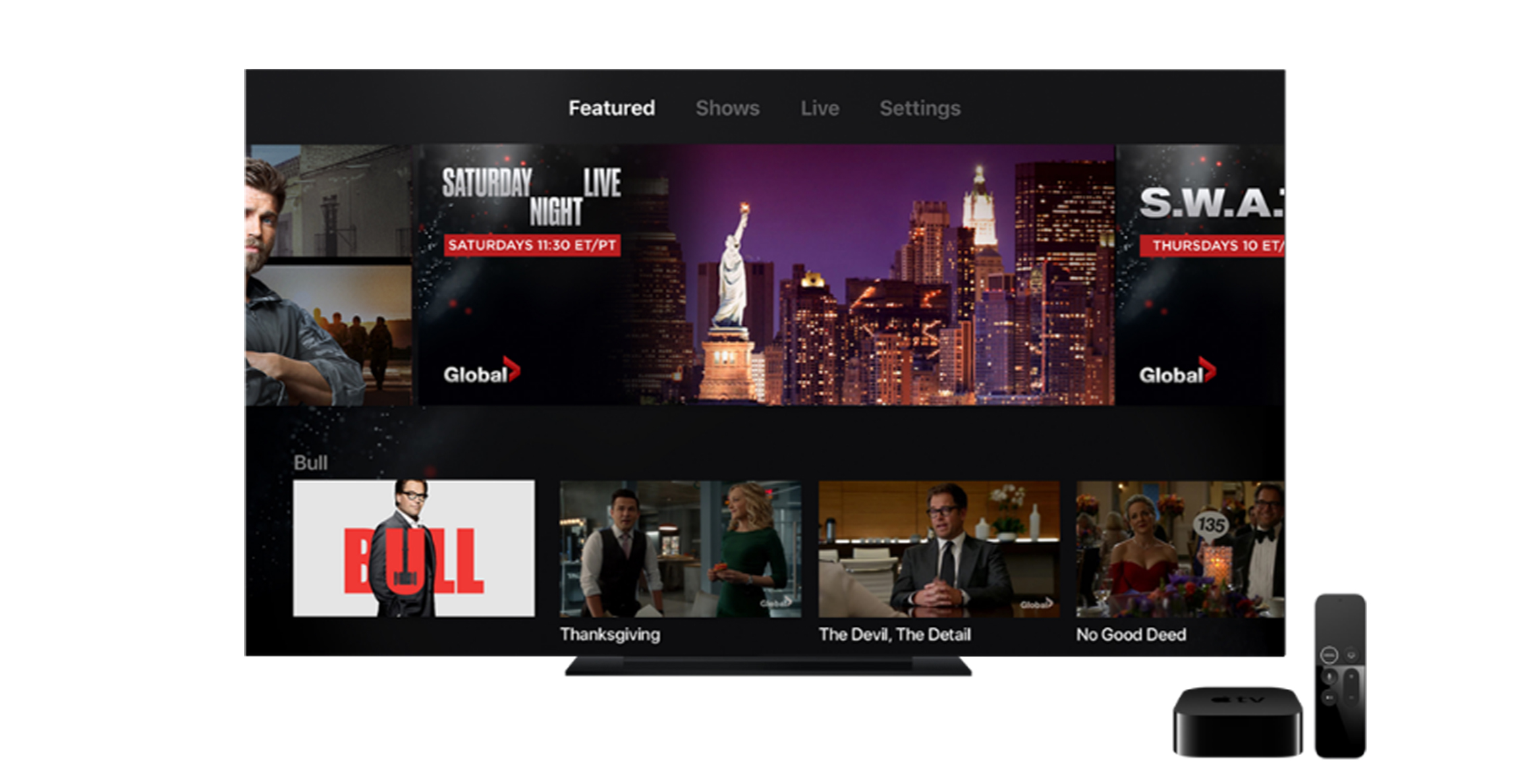 Global TV has announced that Global Go, the television station’s on-demand and live-streaming app, is now available for the fourth-gen Apple TV and the Apple TV 4K.

The app allows users to livestream the network’s content, including full-length television episodes and various clips, directly on their Apple TV. While Global Go was previously available on iOS and Android devices, this is the first time the streaming service has made its way to Apple’s set-top box.

“We know fans are watching Global’s content in more ways than one, and we’re committed to delivering a seamless and exciting viewing experience on any platform,” said Maria Hale, senior vice president, global entertainment & content acquisition at Corus Entertainment, in a statement sent to MobileSyrup.

The app also allows users to watch a show partway and then continue watching later from the same spot via a different device, as long as the content is being viewed on-demand. Along with Apple TV support, this update also adds support for the iPhone X’s edge-to-edge display and notch.

Global Go is available in the iOS App Store and the Google Play Store.