CRTC chairman Ian Scott is neither pro-business, nor pro-consumer

A transcript of the interview between Ian Scott and MobileSyrup, following the 2017 IIC Law and Policy conference 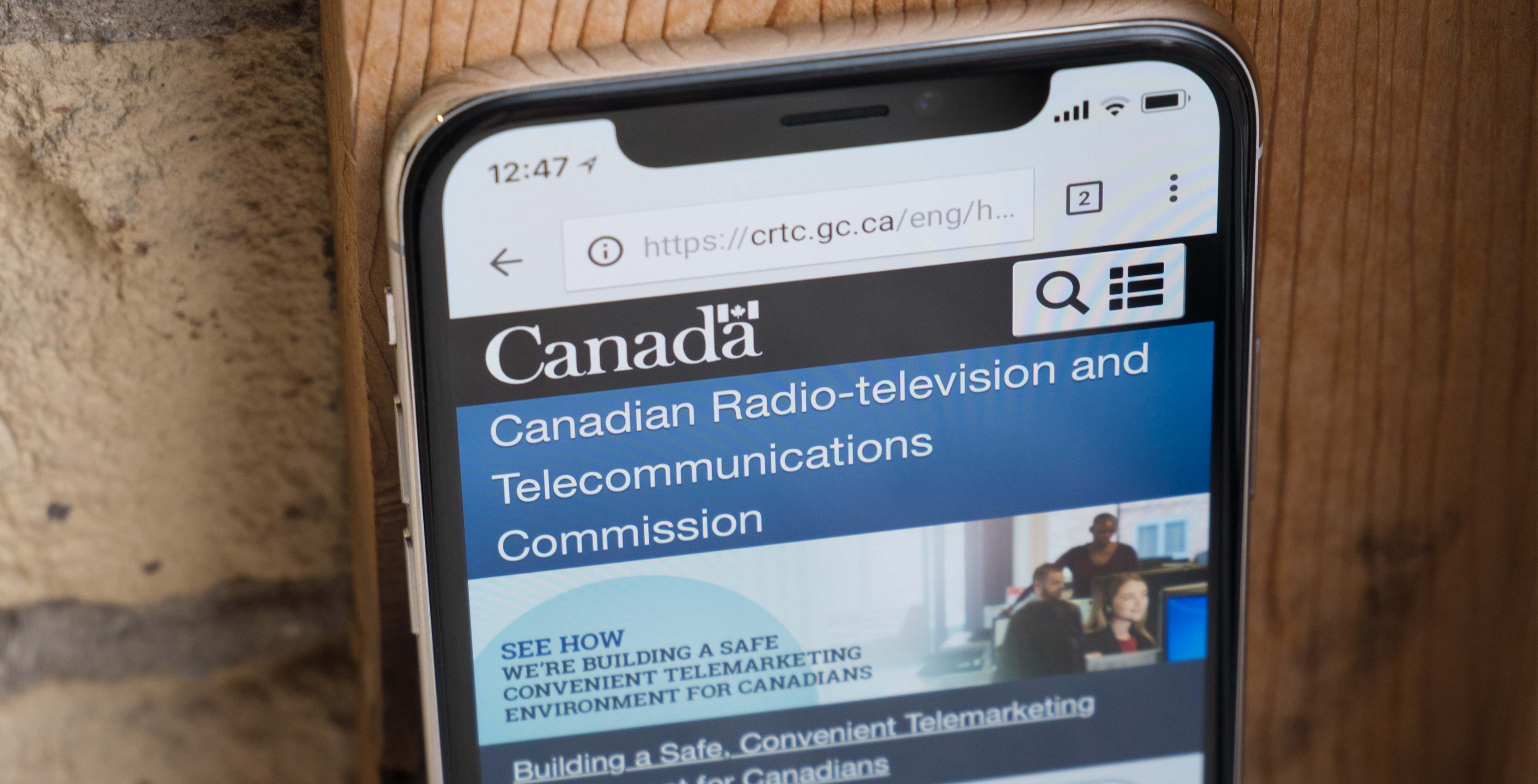 MobileSyrup was able to speak with Scott over-the-phone following his speech, where we expanded on some of his comments at the conference, and asked questions pertinent to the current state of Canadian telecom.

It’s interesting to note that, when asked about his previous experience in the Canadian telecom industry, Scott responded by stating, “I have no bias one way or another on my own part and obviously with my colleagues will consider each case as it comes before us, based on the record, based on staff recommendations, and the commission’s considerations.”

Read on for a complete transcript of MobileSyrup‘s conversation with Scott.

Note: This interview has been edited for readability.

MobileSyrup’s Sameer Chhabra: My first question has to do with the $750 million broadband fund. The last we heard about the fund was that key telecom industry stakeholders were disagreeing about how best to spend that money. How does the commission plan on ensuring that Canada’s ISPs continue their work towards fulfilling the CRTC’s ruling that internet be treated as a basic service?

Ian Scott: Obviously the first caveat I should say is there’s a process in front of us so I can’t comment on the matter in front of us. We won’t talk about what one party or another is saying in that proceeding. I hope you’ll understand that.

“The carriers know what the rules are and I believe they will follow them.”

In terms of how to ensure, I don’t know that it’s any different than any other matter in front of us. First of all, I guess I would say they have an incentive to fulfill the target and a financial incentive in the form of not just the $750 million fund that the commission is making available over the next few years, but also money through innovation, ISED, through Infrastructure Canada, through a number of provincial programs.

So I believe everyone’s rowing in the same direction, with the same good intentions and we’re making funds available to assist those players in fulfilling what is to them also a solid business objective.

MobileSyrup: Just to clarify then, you’re not really able to talk about some of the enforcement methods that might be in place right now to make sure that these industry players are sitting down at the table to have these conversations?

MobileSyrup: We can certainly move on to the next topic of discussion. Next up on the docket is the unlocking fee ban and the wireless code revisions that are set to take place on December 1st, 2017. How precisely does the CRTC plan on making sure that Canada’s telecoms implement this unlocking fee ban?

Scott: Well, the rules are the rules and then frankly people can complain. There’s a number of ways that they can do that. Again, the first thing is that we’re sort of assuming noncompliance or we’re assuming a problem. I frankly don’t expect there will be a problem. The carriers all know what the rules are and I believe they will follow them. Where something happens and they’re not following rules, then consumers will be able to register their complaints and they’ll be addressed.

The only other thing I’ll throw out there is perhaps there may be some emerging technology issues — things like handsets that don’t work in the same way — and I think those things are going to have to be worked out, and there maybe a few issues that come up — more of an equipment problem. But again, as they arrive, the rule is necessary… and then I expect the carriers will fulfill the rules.

MobileSyrup: On the subject of non-compliance, we’ve noticed that some of Canada’s carriers have recently come out and said they won’t necessarily be offering all of their devices unlocked. They’ve also said they haven’t had enough time to implement these wireless code revisions. How would you speak to that approach?

Scott: I haven’t heard that, so I honestly can’t comment on it. I’m wondering if they are referring to things where they don’t — for example, a phone comes from another jurisdiction and it’s been unlocked and it isn’t registered on a network or it’s not approved — an approved radio communications device — in Canada. I’m reaching here because I don’t know what the issue would be, but I have not heard that.

On the second, again, we’re going into an area where we’re talking about what is not out there. In terms of the existing changes — the current changes to the wireless code — they will come into effect and I again believe that they will comply. 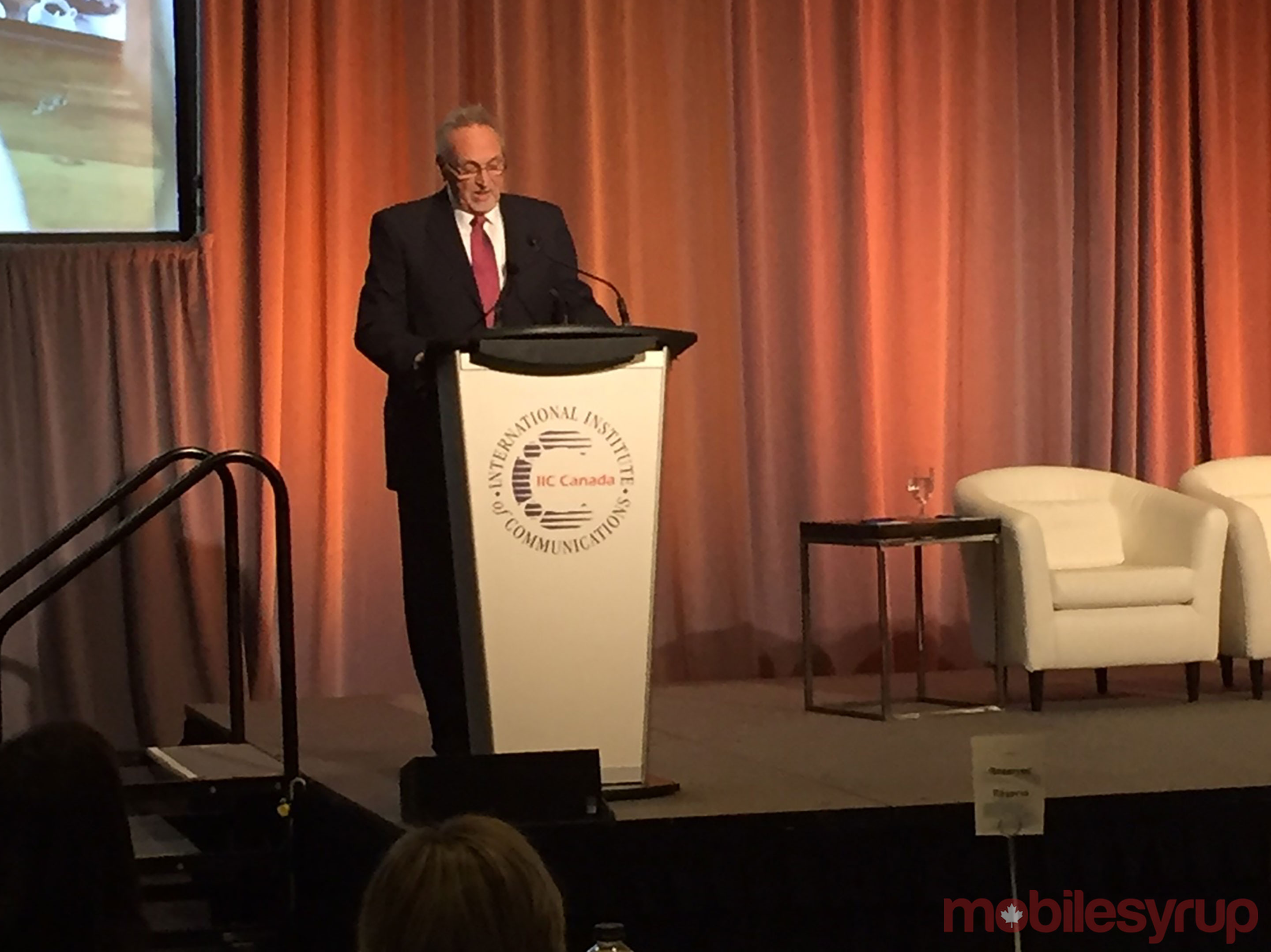 MobileSyrup: What about, for example, Rogers requesting a little bit of extra time to fulfill all of the new wireless code revisions?

Scott: It’s just that. They’re asking and we have not yet answered, to the best of my knowledge. We have not yet said anything in public on that and we’ll consider as we would any request for an extension or a change to a decision and the response will be issued in due course.

Scott: Well, I mean, what I said is what I said. That’s a reflection of the earlier decision, we said that Canadians have to be offered one [for broadband internet] and you also heard my reference to the [Communications Monitoring Report] and if you look — and I’m sure you have — at the ongoing growth of subscriptions to unlimited plans or increasingly larger plans, there’s certainly a trend there.

But at the end of the day, your question is what are we going to do in the future, and those are the questions that the regulator can never answer. I’m not going to speculate on what rules the Commission might bring in — that would be just inappropriate if my colleagues and I will be able to answer as they come before us.

MobileSyrup: Next up, the subject of MVNOs. I want to ask a very direct question; as head of the CRTC do you believe that Wi-Fi first MVNOs should be allowed to legally operate in Canada?

Scott: That’s in front of us. As you know, [Innovation Minister Navdeep Bains] referred back to the Commission for consideration and the decision has to come out by March [2018].

MobileSyrup: On the subject of that, once again I do have to ask, but are you prepared to comment on the CRTC’s position on the direction of that re-decision?

Scott: [Laughs] Can you get the answer? I know you’re doing your job. No, I’m not prepared to comment. I can’t.

MobileSyrup: Next up: accessibility, MobileSyrup has tried to broaden its approach to accessibility in terms of Canada’s telecoms, and a number of groups we’ve spoken to have expressed interest in zero-rating for specific apps like BlindSquare. What would you say is the CRTC’s position on zero-rating for certain groups that have different data needs than others?

Scott: You know what, I don’t have a view and I don’t know if it’s in front of us at the moment. Obviously the Commission has done a number of things to ensure the service providers assist people with various accessibility needs.

There’s a requirement to offer accessible handsets, the Wireless Code provides reasonable accommodations — the carriers provide accommodations for people with disabilities, and they provide information in alternative formats and so on. I know that it’s been raised, but I honestly don’t know if it’s in front of us and so I need to be cautious and not answer that directly.

“My early interactions with stakeholders of all kinds, again welcome, kind, reasonable…”

We should get back to you in terms of whether that issue has been put in front of us. If it has been, again, it’s always this awkward answer, it’s not appropriate for me to opine on something we haven’t done yet or considered, because it isn’t just me. It’s me and my colleagues… I know I’m sounding like a broken record on that one, I just don’t know if it’s in front of us. I’m not being vague or not trying to answer, but I don’t have an answer for you at this moment.

MobileSyrup: We’re moving to the general question area. You sort of touched on this in your speech a little bit — how would you respond to critics who argue that your experience with Canada’s telecom industry, your experience as an ‘industry insider’ makes you a little bit more sympathetic to Canadian telecoms versus the Canadian people?”

Scott: The simple answer is it doesn’t. I guess people should equally ask me how my experience at the Competition Bureau or my earlier experience at the CRTC has an impact on me. If you’re looking through the speech today, you heard the emphasis that I put on the need to develop the best possible public record and then the need for the Commissioners and I to render decisions in the public interest. And by definition, the public interest means balanced decisions.

I have no bias one way or another on my own part and obviously with my colleagues will consider each case as it comes before us, based on the record, based on staff recommendations, and the Commission’s considerations. Beyond that, what I said in the past in the first few media interviews I did is I’m neither pro-business nor pro-consumer, I’m pro-public interest and that’s the best answer I can give you.

MS: My final question is what role do you think the CRTC plays in regulating the influence of foreign streaming services and foreign media conglomerates in Canada?

Scott: You know what, we’ll get the answers to that when we provide our report to Minister Joly. As you’re aware, the minister has asked us to look at that issue insofar as how it will impact broadcast distribution and the broadcast industry and Canadian content more generally. So we are working on that. We have put out the first notice of consultation, responses are due towards the end of this month. There’ll be a second round, including some more detailed research by the Commission, and we will be reporting to the government on our findings as soon as possible, but no later than June.

Scott: Oh believe me, June 2018, and certainly [for] the Order in Council.

MobileSyrup: Is there anything you’d like to add? Anything about your first few months in the role? Anything you think is important to mention?

Scott: It’s a wonderful place to work. I’m very happy and proud to represent the Commission and to work there. I have thankfully received a very warm welcome from my Commission colleagues and staff, which I appreciate. My early interactions with stakeholders of all kinds, again welcome, kind, reasonable so, as far as I’m concerned, I’m a very happy person and looking forward to a productive term.

MobileSyrup: I’m sure it’s safe to say that we’re all hoping for a productive term as well.