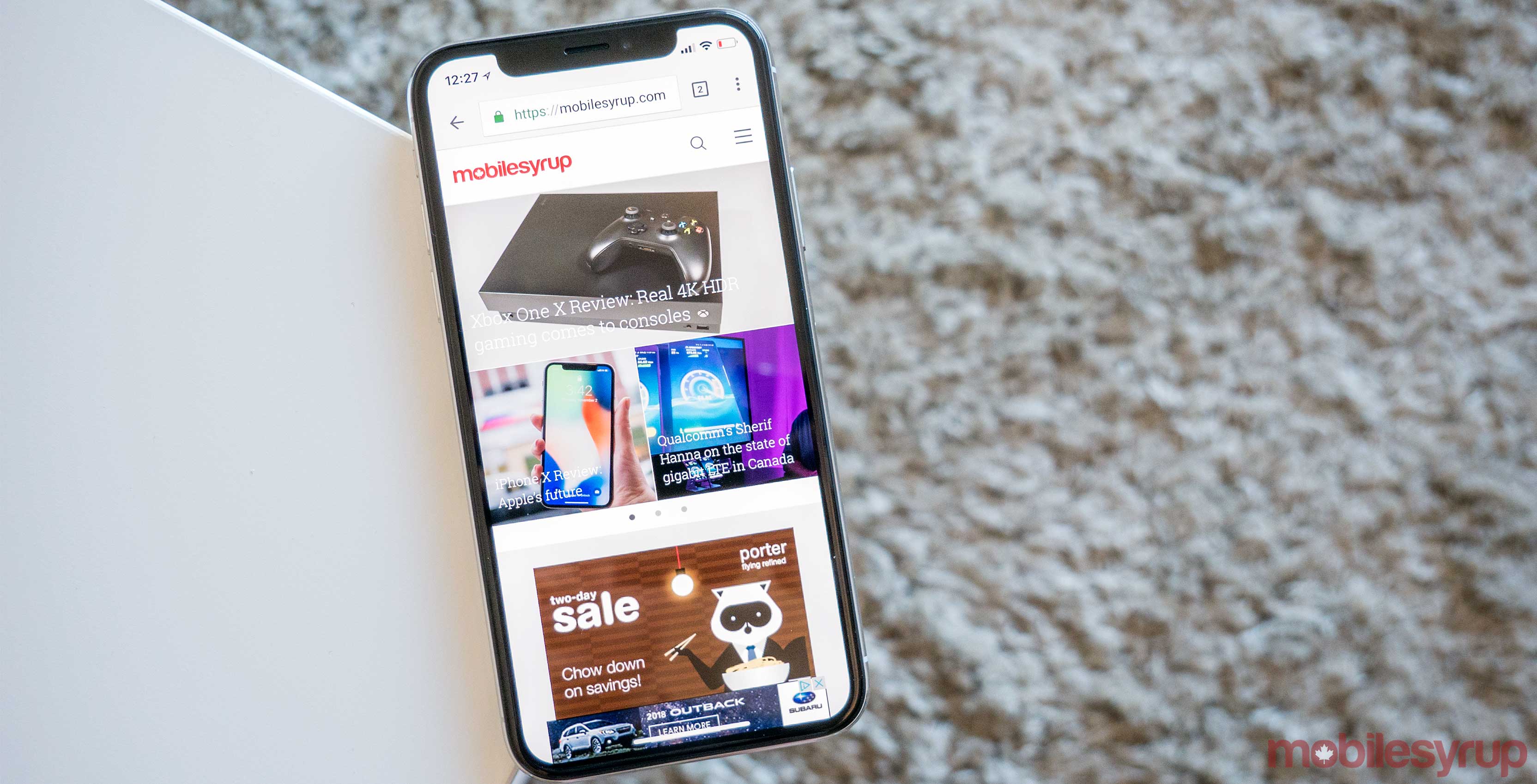 Apple has confirmed that the iPhone X’s display becomes unresponsive under cold weather conditions, stating that it has plans to release an update to address the issue at some point in the near future.

The problem originally began popping up earlier this week in Reddit’s iPhone subreddit, with users saying that the phone’s screen becomes unresponsive and sluggish under temperatures hovering around 0-degrees Celsius (32-degrees Fahrenheit).

“We are aware of instances where the iPhone X screen will become temporarily unresponsive to touch after a rapid change to a cold environment,”  said Apple in a statement to Apple blog The Loop, as well as a number of other publications. “After several seconds the screen will become fully responsive again. This will be addressed in an upcoming software update.”

iPhone X screen not responsive in the cold from iphone

Speculation in the dedicated iPhone subreddit indicates that the shift from indoor to outdoor lighting could be the cause of the issue due to some sort of relationship with the iPhone X’s front-facing TrueDepth camera and Face ID authentication system. Others think that Apple’s iOS displays are designed to become unresponsive outside of a specific temperature range, and that the issue has become worse with the lack of a physical home button.

Given I’m located in Toronto, where temperatures are rapidly approaching zero, I have run into this issue on a few occasions. In one instance, I was walking home on my commute from work and was unable to consistently navigate the iPhone X’s display, though at the time I thought this was because my fingers were cold.

Update! The temperature finally dipped to just about 32ºF/0ºC and my iPhone X keyboard became somewhat unresponsive. I’m glad Apple is working on a fix for this. pic.twitter.com/g3jkrUWijj

While filming my iPhone X video review last weekend though, the issue popped up more frequently. In two instances while trying to show off the smartphone’s revamped iOS navigation system, the iPhone X’s display became unresponsive. On that particular day the temperature was roughly zero degrees with windchill.

It’s unclear exactly how Apple plans to fix the iPhone X’s display issues with a software update, but we’ll be following the problem closely at MobileSyrup.

Have you experienced issue with the iPhone X in cold weather? Let us know in the comment section.