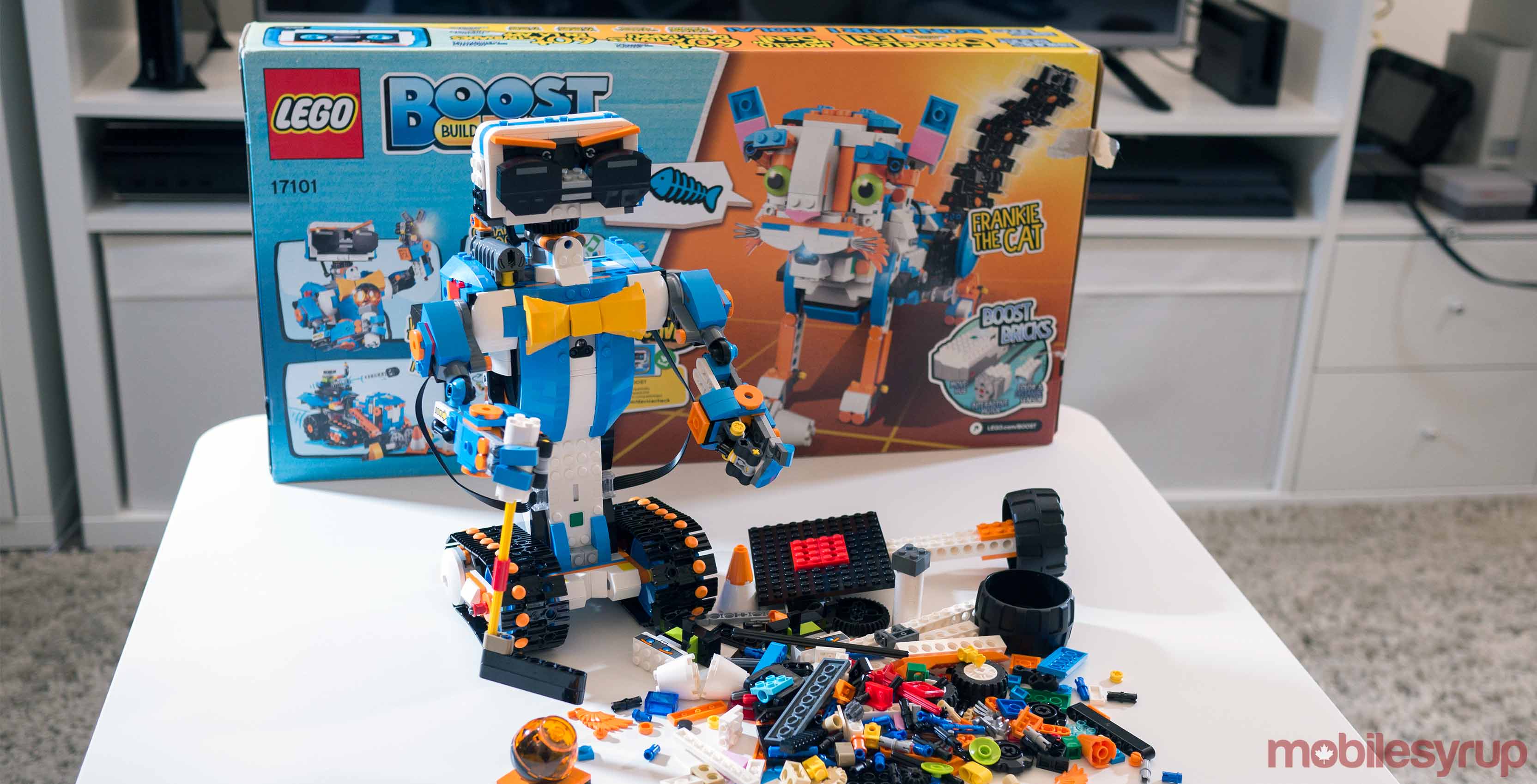 Lego’s new Boost play set is the type of connected toy I wish existed when I was a child.

While the pricey Lego package has obvious educational value to it, with the overall goal of getting children interested in coding, it effectively brings Lego toys to life in a simple, yet intuitive way — as a long time Lego fan, it’s difficult to get better than that, even now that I’m an adult.

Taking a page from the iconic toy company’s significantly more complicated Mindstorm product, Boost, which Lego calls a ‘creative toolbox,’ allows users to create a variety of connected, interactive Lego setups. The pack features 840 Lego blocks and some designs are rather difficult to construct, despite the fact that the Lego says the set is aimed at children ages seven and up.

The core of Boost’s experience stems from its Move Hub, which contains a six-axis tilt sensor, two input/output ports, a power button and a light that changes colour depending on what the toy is doing in a given moment.

The Boost’s power source — as you may have expected — is covered in the usual Lego studs, allowing you to build on top of it. It’s also worth noting that it’s powered by six AAA batteries, though they seem to last a long period of time. 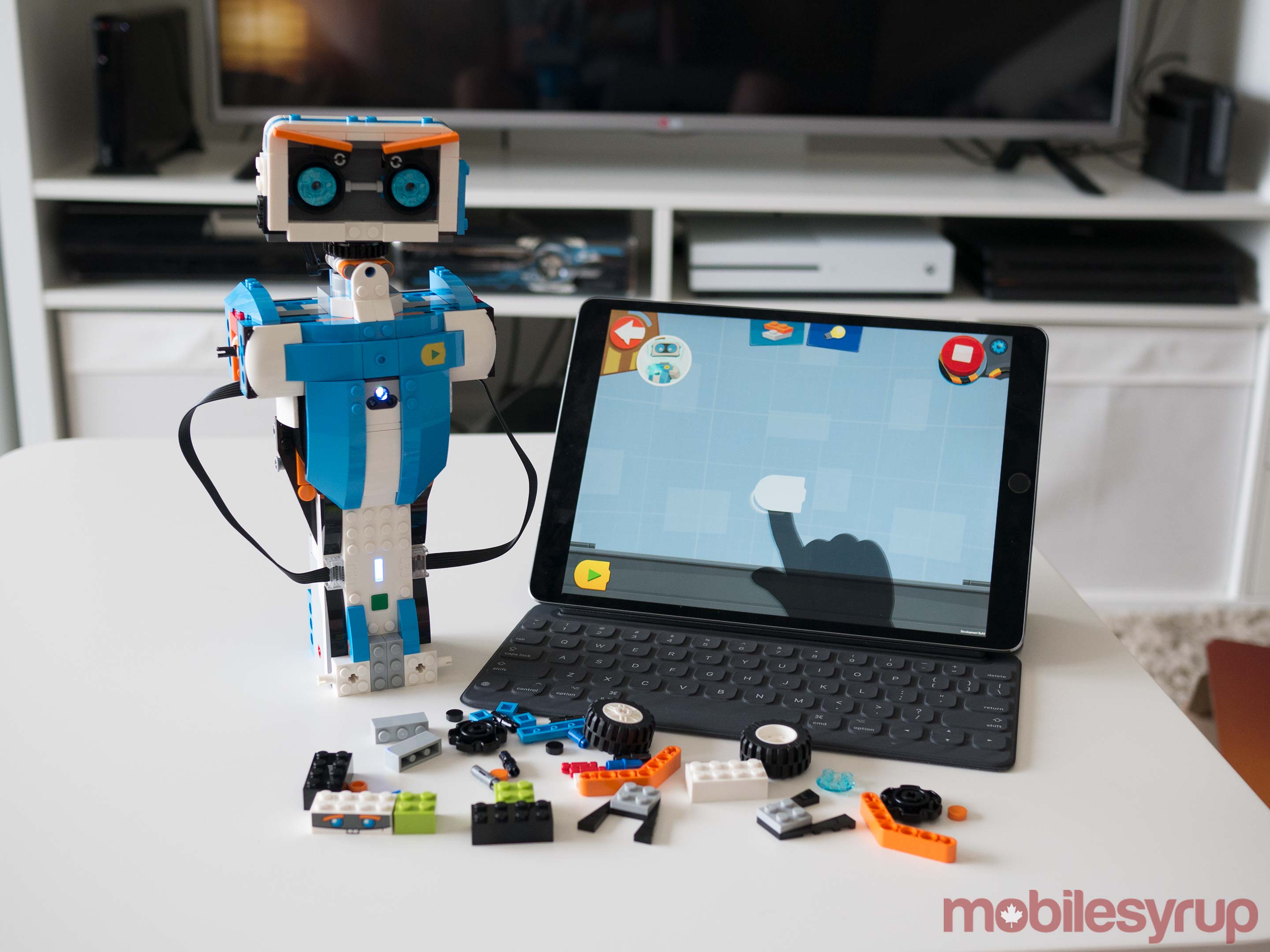 Other connected Boost bricks include a combination colour and distance sensor, as well as an interactive motor that features a tachometer, telling it how much it has been turned and at what speed. All this combines to give the user more finite control over the toy than I initially expected and leads to surprising subtitles in creations

Set instructions are followed through a simple and easy-to-navigate iOS or Android app, with short breaks that allow for interaction with the toy between lengthy sessions of building. While I opted to build ‘Vernie the Robot,’ players can also create ‘Frankie the Cat,’ the ‘Guitar 4000,’ and the ‘Multi-Tool Rover 4’ (a construction-like truck) and a fascinating ‘Autobuilder’ that actually makes simple Lego creations. 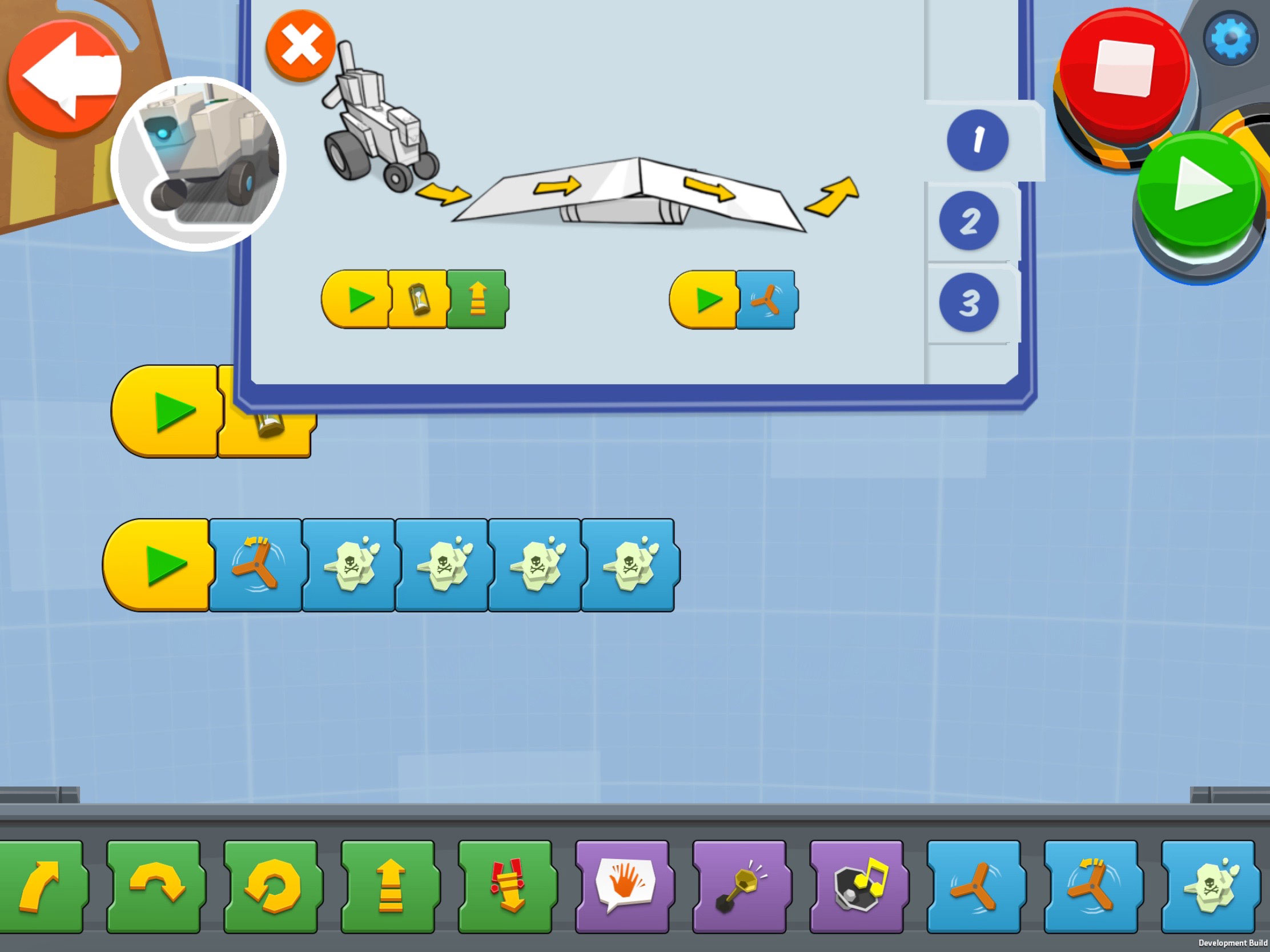 The app is set up in a way that forces the user to move through it incrementally. For example, after building Vernie, I was then given the opportunity to make various interactive accessories for his robotic body, including a hockey stick, bowtie and pylon. This gave me the opportunity to interact with Vernie The Robot in new ways.

Unlike regular Lego sets where the fun stems from building, I found Boost has flipped this around and I actually had more fun experimenting and playing with Vernie after the construction process was completed. Unlike Mindstorms, which requires at least a rudimentary understanding of coding, it’s easy to make Vernie do whatever you want with a few swipes. 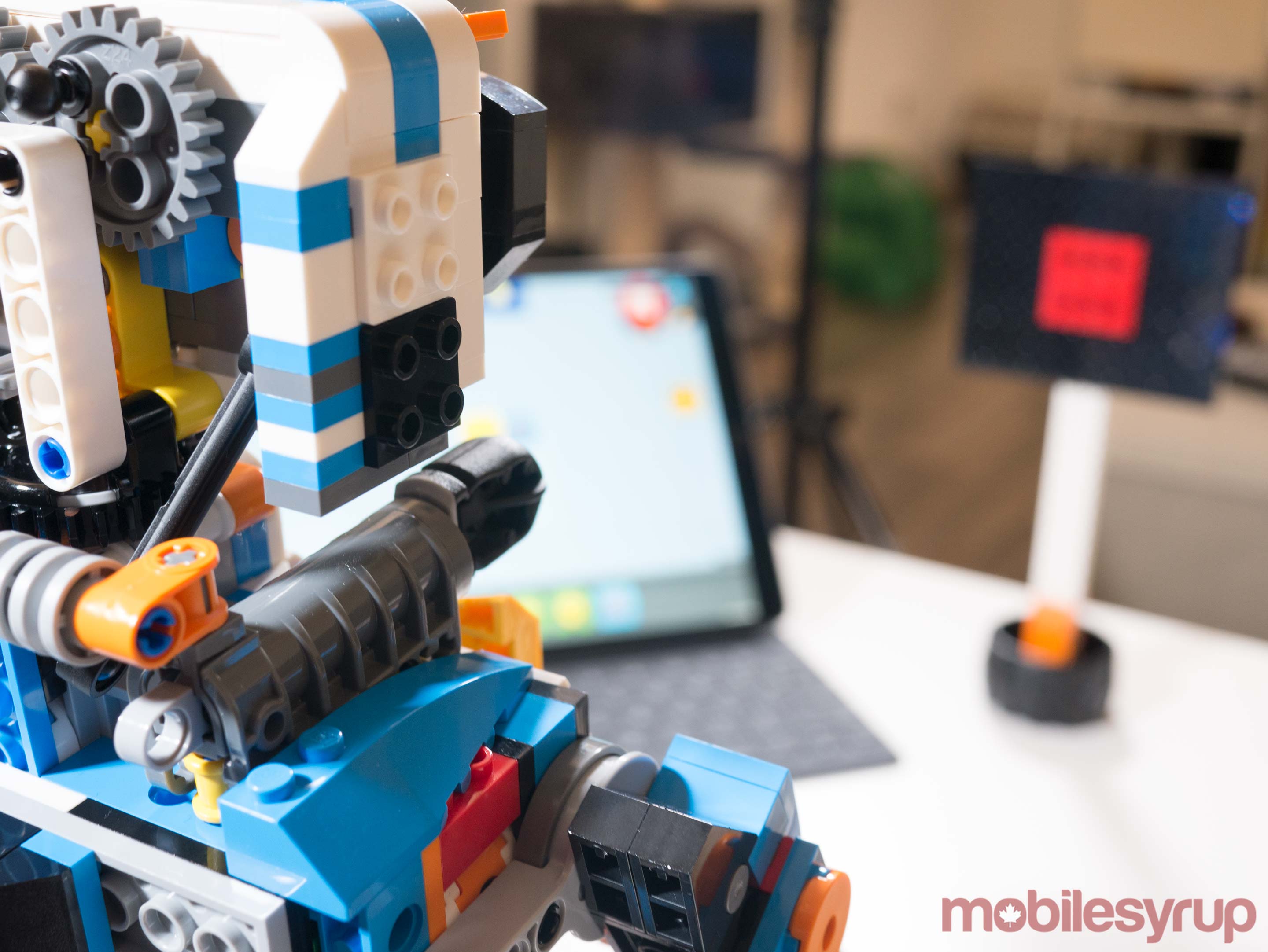 For example, driving forward or backwards, spinning in a circle and even talking, can be performed with a few simple swipes of the touch screen, dragging icons the resemble different movements and chaining them together to make larger actions. I even strung together a variety of movement icons to make Vernie dance around my coffee table, only to fart multiple times when the robot stopped moving thanks to my juvenile command programming.

Vernie can also be built in short bursts, with the app allowing players to build separate parts of his body. For example, I built the robot’s head, then had to step out for a bit to run errands. I then came back and built its arms and wheels. Given the building process for many of Boost’s apps is so intensive, it’s great that the set can be constructed in short bursts. 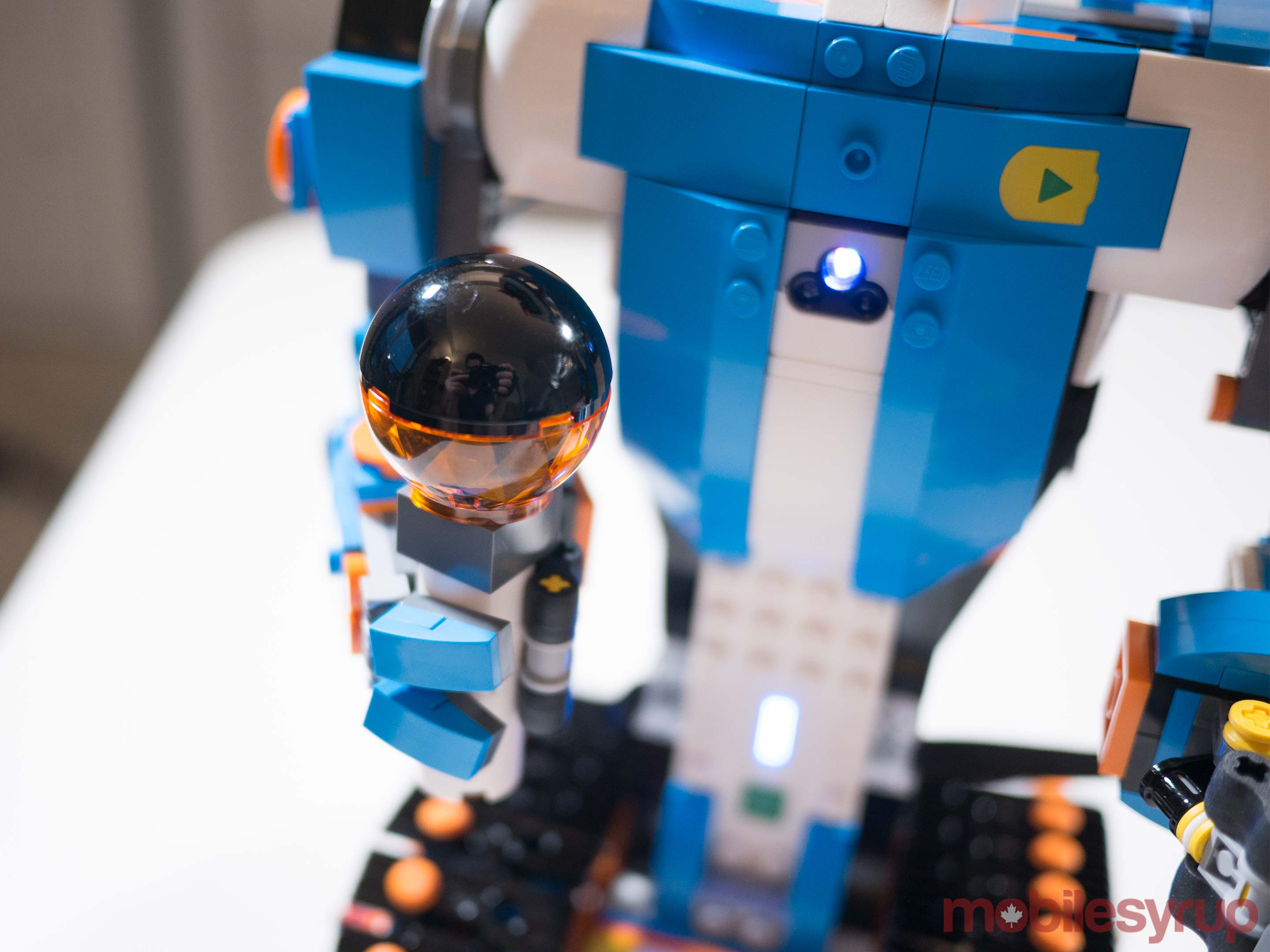 The same can be said about Boost’s other designs as well, with the Guitar 4000 allowing for the creation of original music and the Autobuilder using a grid reference pattern to put together Lego bricks for you. Frankie the Cat takes things even further, starting off as a kitten, but eventually allows you to program various cat-like traits to the Lego creation, including meowing and purring.

All in all, while Boost is expensive at $199 Canadian, you actually get much more value from the set compared to most Lego creations, in part due to its multiple designs.

I would, however, emphasize that despite the toy’s seven-year-old rating, putting together some of Boost’s more intricate sets, is rather difficult — it’s likely that younger children will need parental help with certain aspects of the building process. 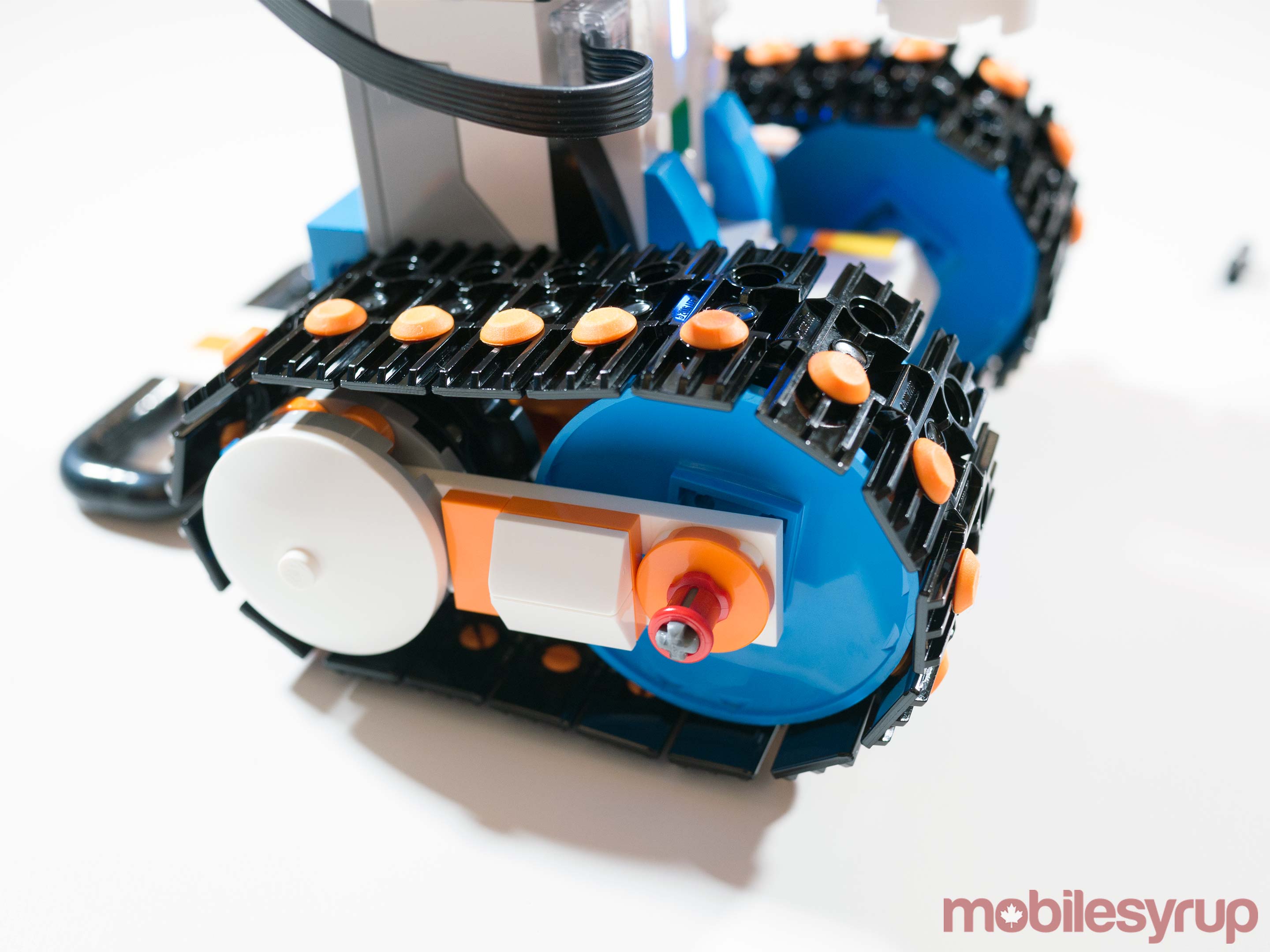 Lego’s new Boost set starts at $199 CAD and is set to be available on August 1st at a variety of Canadian retailers as well as directly through Lego’s store.