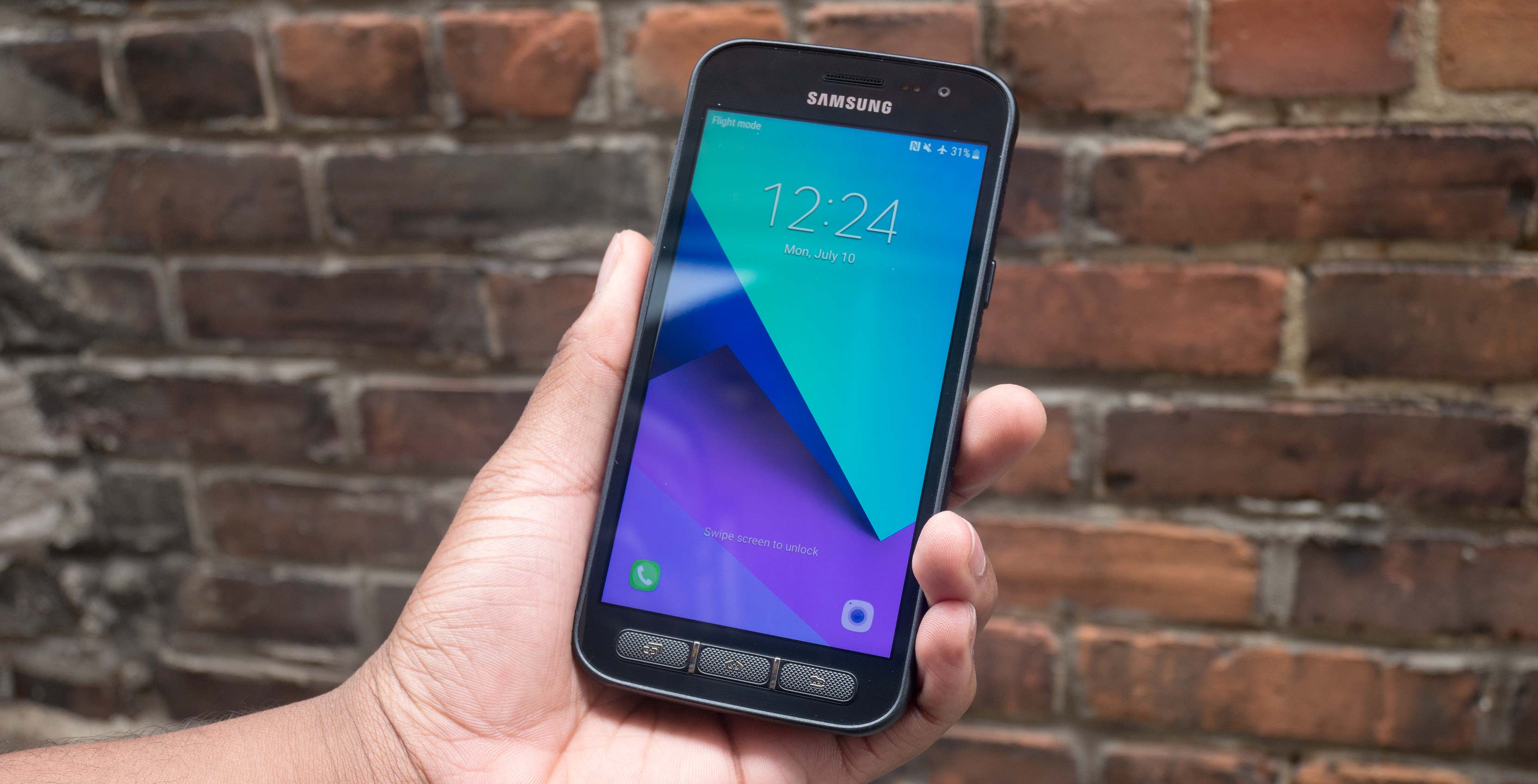 The Galaxy XCover 4 is Samsung’s fourth smartphone to hit the Canadian market this year and is by far the most durable.

Per this military grade certification, devices are required to withstand 26 drops from four feet onto 1-inch of plywood, on top of concrete, before it qualifies as military certified. Smartphones with the MIL-STD 810G certification are also resistant towards cold and heat. 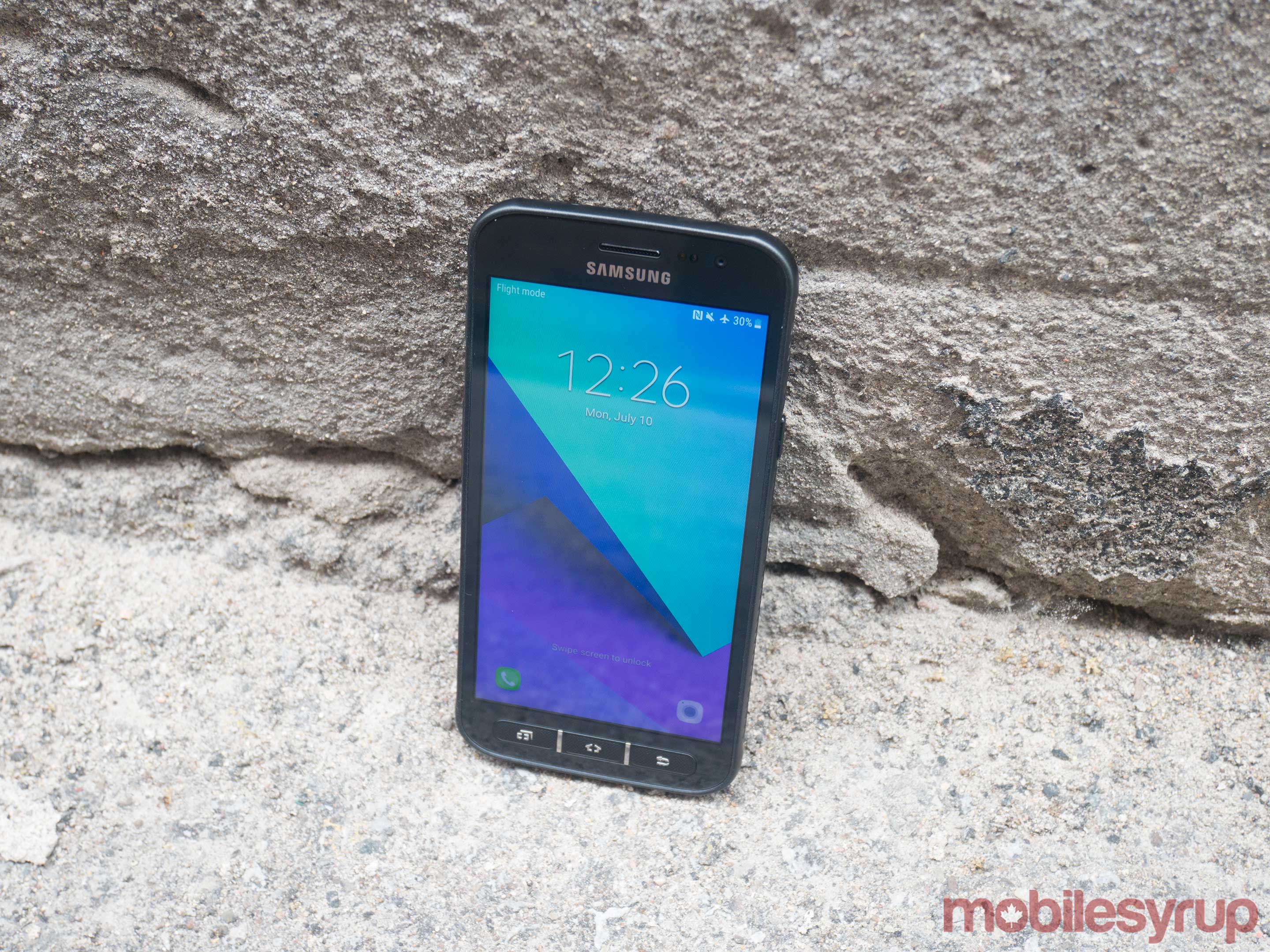 We felt that dropping a device onto 1-inch of plywood didn’t quite do enough to showcase a rugged lifestyle, however, so we put the XCover 4 to the test MobileSyrup-style to see if it can truly live up to the toughest user’s expectations.

But more about that to come.

The little processor that could 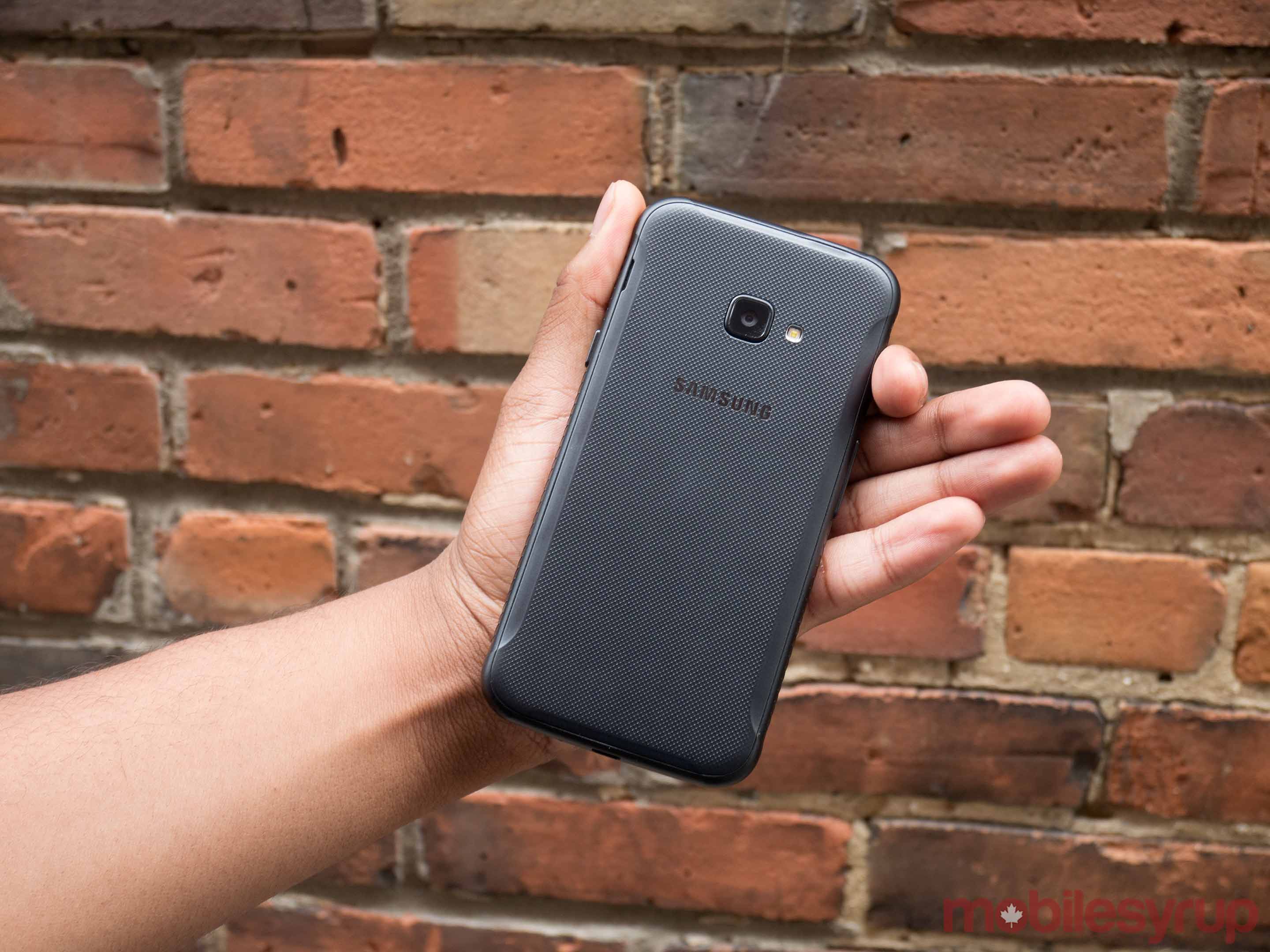 First, let’s talk about what’s running under the Galaxy XCover 4’s hood. The phone features a quad-core, Exynos 7570 processor clocked at 1.4 GHz and a Mali-T720MP2 graphics processor. Additionally, it includes 2GB of RAM and 16GB of onboard storage that’s expandable up to 256 GB.

Though the XCover 4 runs reasonably well for what it is, depending on how many apps you have open, you may notice lag before launching an application. I found this happened quite a bit when trying to open Google Chrome or Facebook when multiple apps were running in the background.

After clearing all the apps running in the background and waiting a moment, the device ran much smoother, though this isn’t something most people will opt to do in everyday usage. 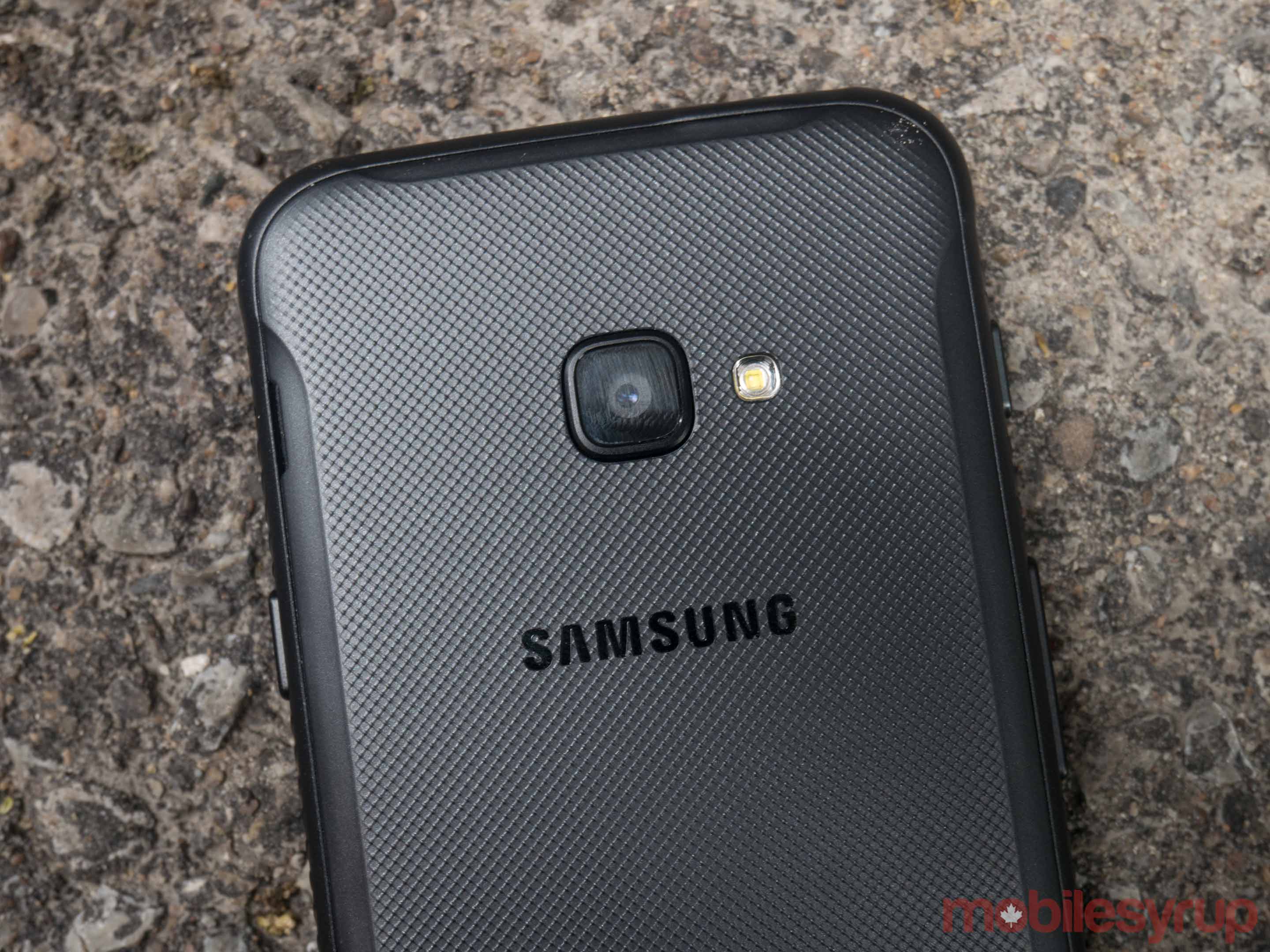 The XCover 4 ran games like Asphalt 8 and Don’t Starve smoothly without any stutter for at least half an hour. The phone would occasionally get warm, but never to a level where it felt extreme.

The phone’s battery is one of its best qualities, as the device stocks a 2,800mAh cell, that can easily last more than a day with medium usage, which in my case means playing games for about 30 minutes, watching Netflix for one or two hours and casually surfing the web for another approximately two hours.

With minimal usage, the XCover 4 is capable of easily lasting three days, no doubt due to its moderately-sized 5-inch display and power-efficient processor. The handset also charges from zero to 100 percent in less than two hours.

The XCover 4 features a 13-megapixel rear facing shooter with a f/1.9 and a 5-megapixel selfie camera featuring a f/2.2. Without changing any of the camera settings the device takes decent photos in outdoor lighting, though low-light, indoors photos come out in poor quality.

The phone’s shooter does include a ‘Pro’ mode that allows its users to change the ISO, white balance and the shutter speed, and I found playing with these settings solved most of the smartphone’s camera issues. Additionally, the camera features a sports, night and HDR mode that helps the device take better pictures without fiddling around with the Pro mode.

Both the rear facing and the selfie shooter are capable of taking photos that are fine for sharing on social media, but those who are really into photography will definitely want more from their smartphone camera. 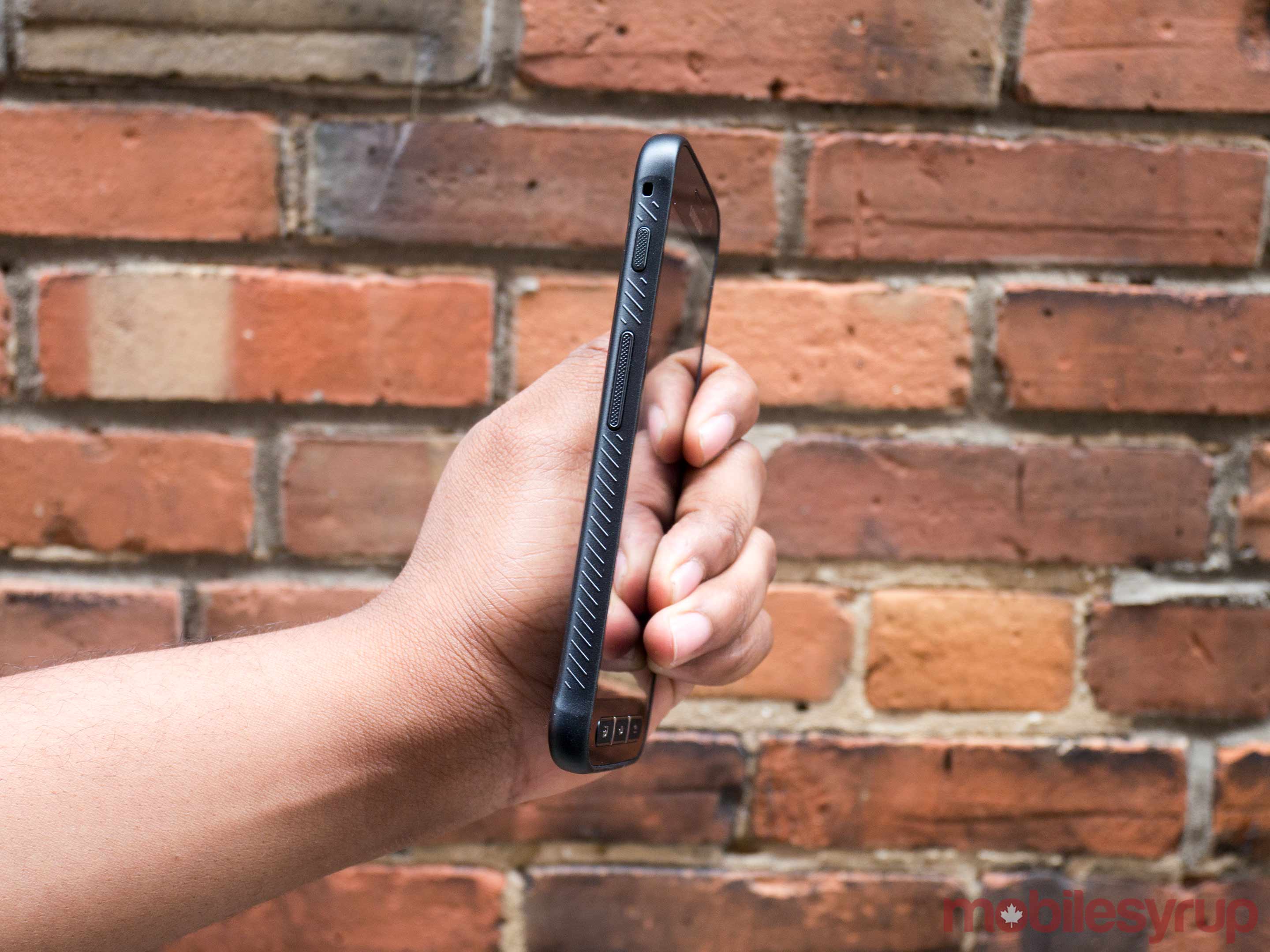 The XCover 4 features a 5-inch IPS, LCD display, with a 720 x 1280 pixel resolution and a 294 ppi pixel density. With the XCover’s price tag ($325 CAD outright at many carriers) in mind, the smartphone’s display does look decent, with images and video appearing vibrant and clear.

While watching The Mindy Project it was clear the quality wasn’t as good as a smartphone that features a quad HD or full 1080p display, but it depends on the type of content you’re watching. For example, while watching animated show American Dad I could barely tell the difference between the XCover 4 and the Samsung Galaxy S7’s far more high-end screen.

Audio-wise the XCover 4’s speakers aren’t too loud, with acoustics often sounding tinny and hollow, especially when watching YouTube videos with low quality audio and using the phone on speaker.

The XCover 4 features a side speaker and due to it’s speaker placement when accidentally lying the device on the side with the speaker, the audio quality takes a dive.

Not as sturdy as we thought 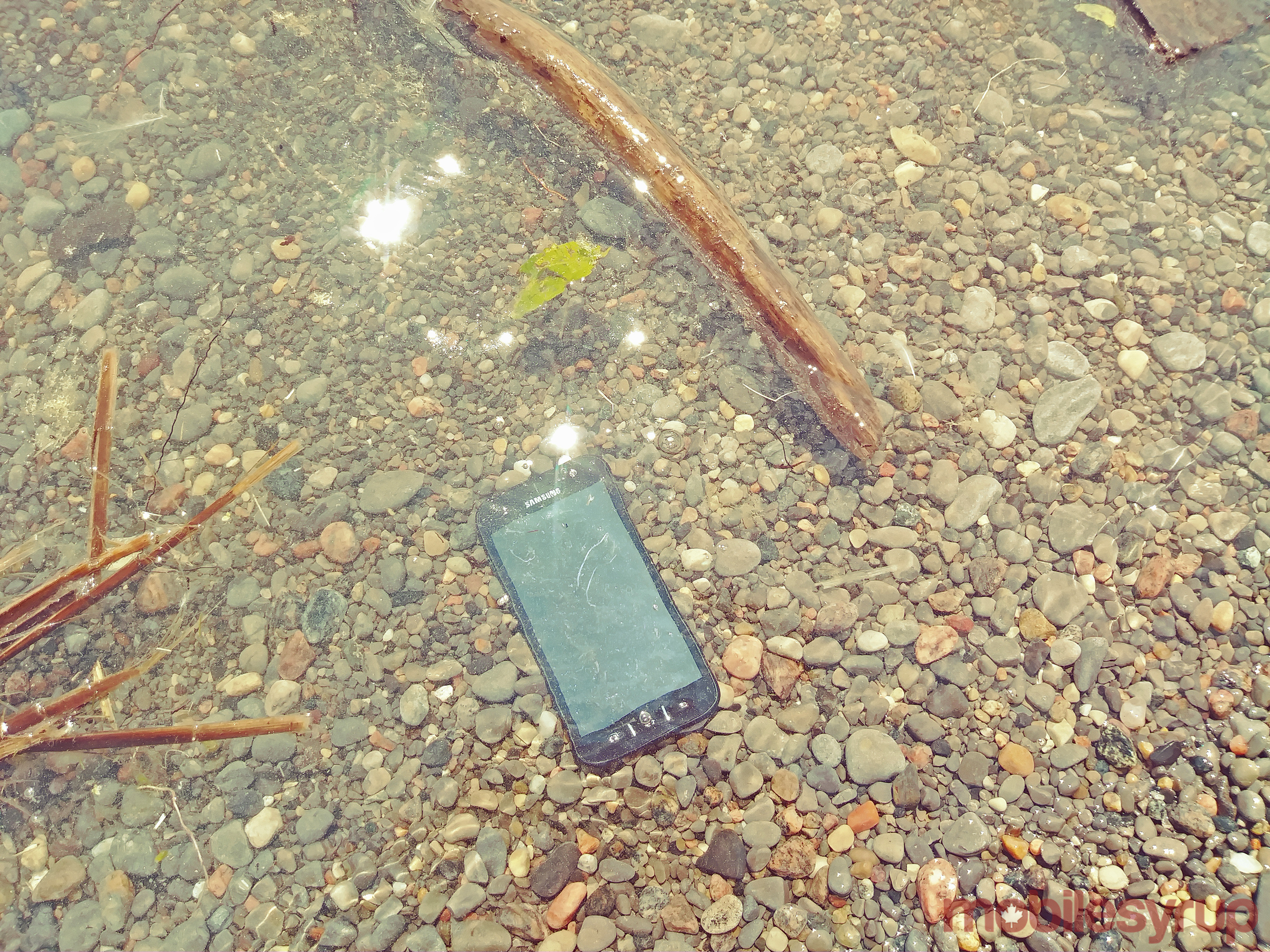 The XCover 4 measures in with a 146.2mm x 73.3mm x 9.7mm frame and weighs 172g. In my opinion the XCover 4 may feel a little too small, though as a plus, this means it’s compact enough for one-handed usage. It’s military grade frame, however, is the device’s main draw.

The frame gives the phone a smooth and sturdy exterior that feels nearly unbreakable and is also very easy to grip, so even though it can withstand a drop, you’ll probably have difficulty actually dropping the phone in the first place.

The Galaxy XCover 4 has numerous physical buttons, which makes the device stand out as odd in an industry full of smartphone that are moving in the opposite direction.

I found the flashlight functionality to be annoying; often clicking the button by accident. Moreover, after mistakenly turning on the flashlight and locking the screen, there was no other way to turn off the torch app apart from unlocking the phone and pressing the button again. This probably happened most frequently while I was watching Netflix.

When it comes to durability — the main selling point of the XCover 4 — the device falls just short of getting our recommendation for a construction worker or someone with an extremely rugged lifestyle.

In MobileSyrup’s test, it withstood nine falls from around four feet on to concrete — a harsher contact surface than plywood and thus a stronger test than the MIL-STD 810G certification — before cracking, and by the time it took 26 falls, the device was completely shattered and the removable back fell off repeatedly.

The XCover 4 is sort of durable

All things considered, the Samsung Galaxy XCover 4 is far from being a perfect phone. Its lacklustre display and camera quality left me wanting more, even in comparison with other mid range devices like the Moto E4 and the LG Stylo 3 Plus.

However performance-wise the device could be a lot worse; it accepted multi tasking, surfing the internet and playing games quite well. Personally I believe the XCover 4 would probably work better for rowdy young teenagers. It's sturdy enough for the average consumer, but not for the people who would actually be interested in purchasing a rugged phone. The device is available at Bell and Rogers for $350 outright, which isn't too expensive for all of the good that comes with the smartphone however its $300 Videotron price tag is a bitter fit.

"Sturdy enough for the average consumer, but not for the people who would actually be interested."

Wicked Audio’s Cron earbuds have so much battery, they can charge your phone