While Rovio has a relatively negative reputation in the gaming industry for releasing countless entries in the Angry Birds franchise, the studio continues to drop some of the best mobile titles out there (that are sometimes ruined by being free-to-play).

The developer’s latest effort is fun, colourful third-person shooter called Battle Bay. The game has players teaming up with a crew of four other ships to take out enemies in an online multiplayer arena set amongst rolling waves and various tropical locales. 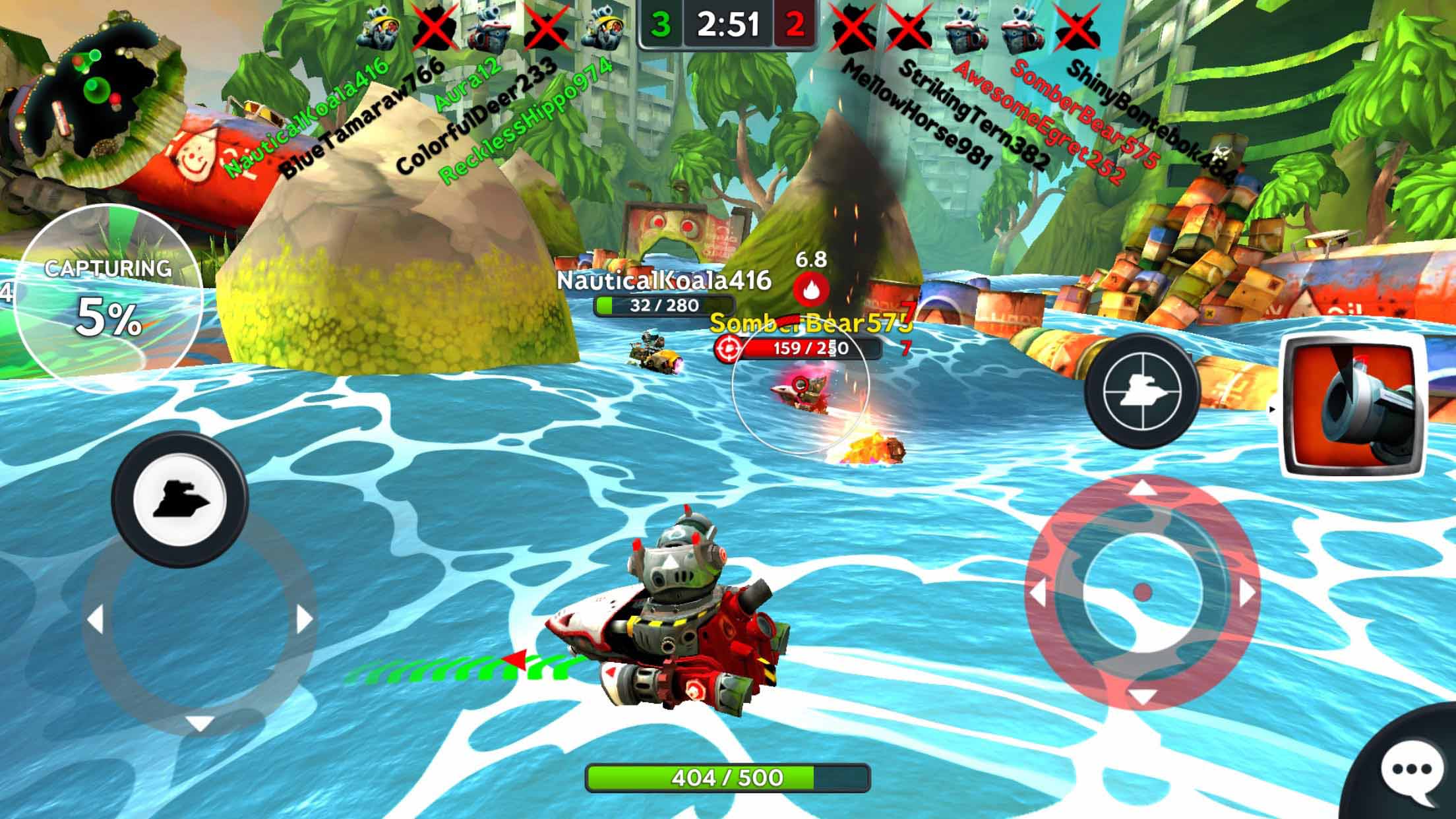 The core concept of the game is relatively simple, tasking players with navigating their gun-equipped battle boat, in order to shoot down the other team.

Holding down your thumb on the left side of the screen navigates the slow-moving vessel, while shooting is controlled by subtle movements with your left thumb. Overall Battle Bay’s touchscreen controls are surprisingly accurate, though aiming can sometimes feel finicky. Thankfully, the title features an ample amount of auto-aim to negate this problem. 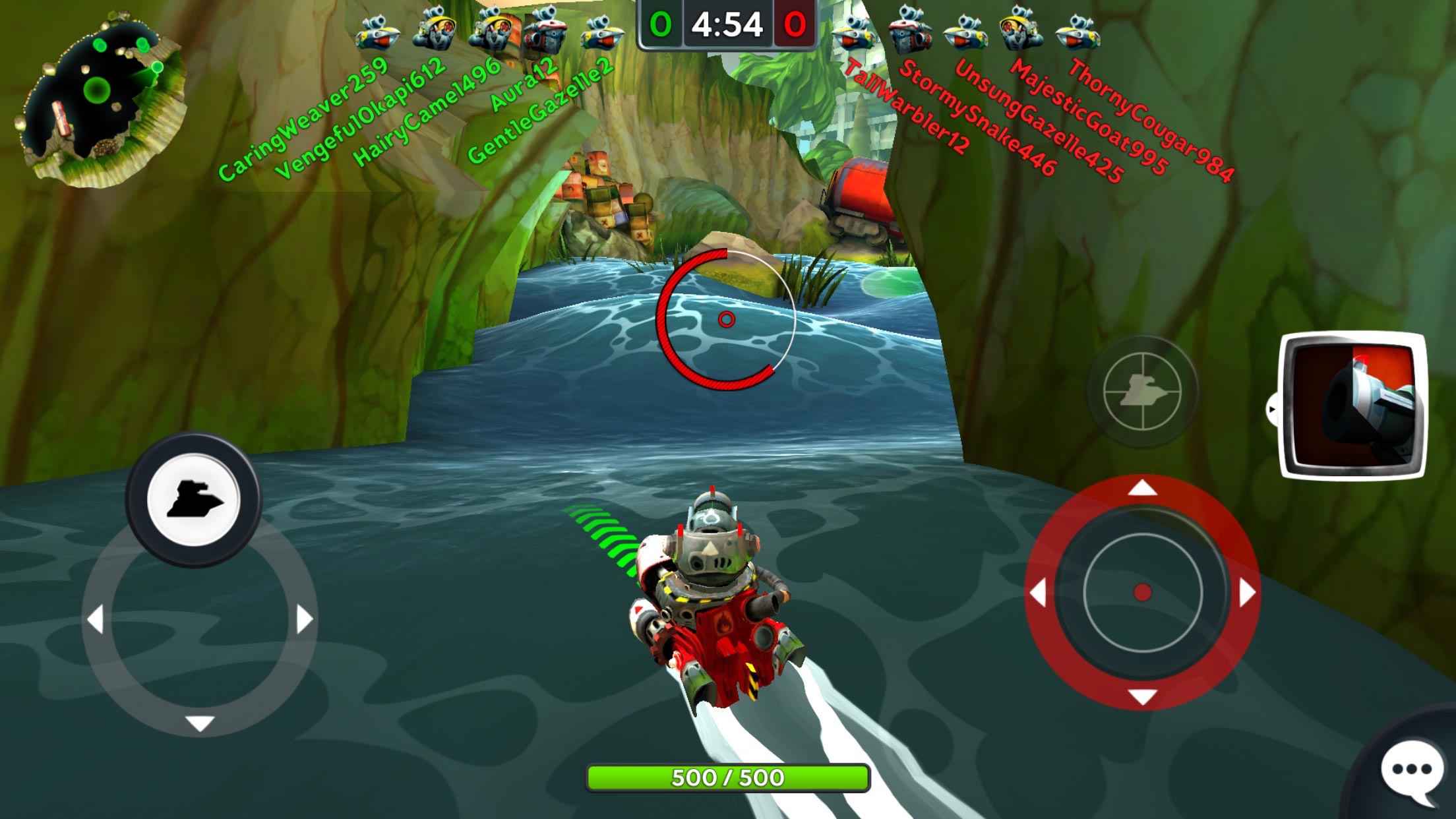 What’s most interesting about Battle Bay, however, is that your boat actually rocks back and forth in the water with a surprising amount of realism. As the ocean swells, your boat rises and falls, adding another variable to trying to hit enemies with various projectiles.

The title also features a handy tutorial that walks the players through its complicated levelling system that allows players to improve their ship and purchase new weapons and upgrades. Since I’ve only spent a few hours with Battle Bay, I admittedly haven’t gotten very deep into its ship development system. 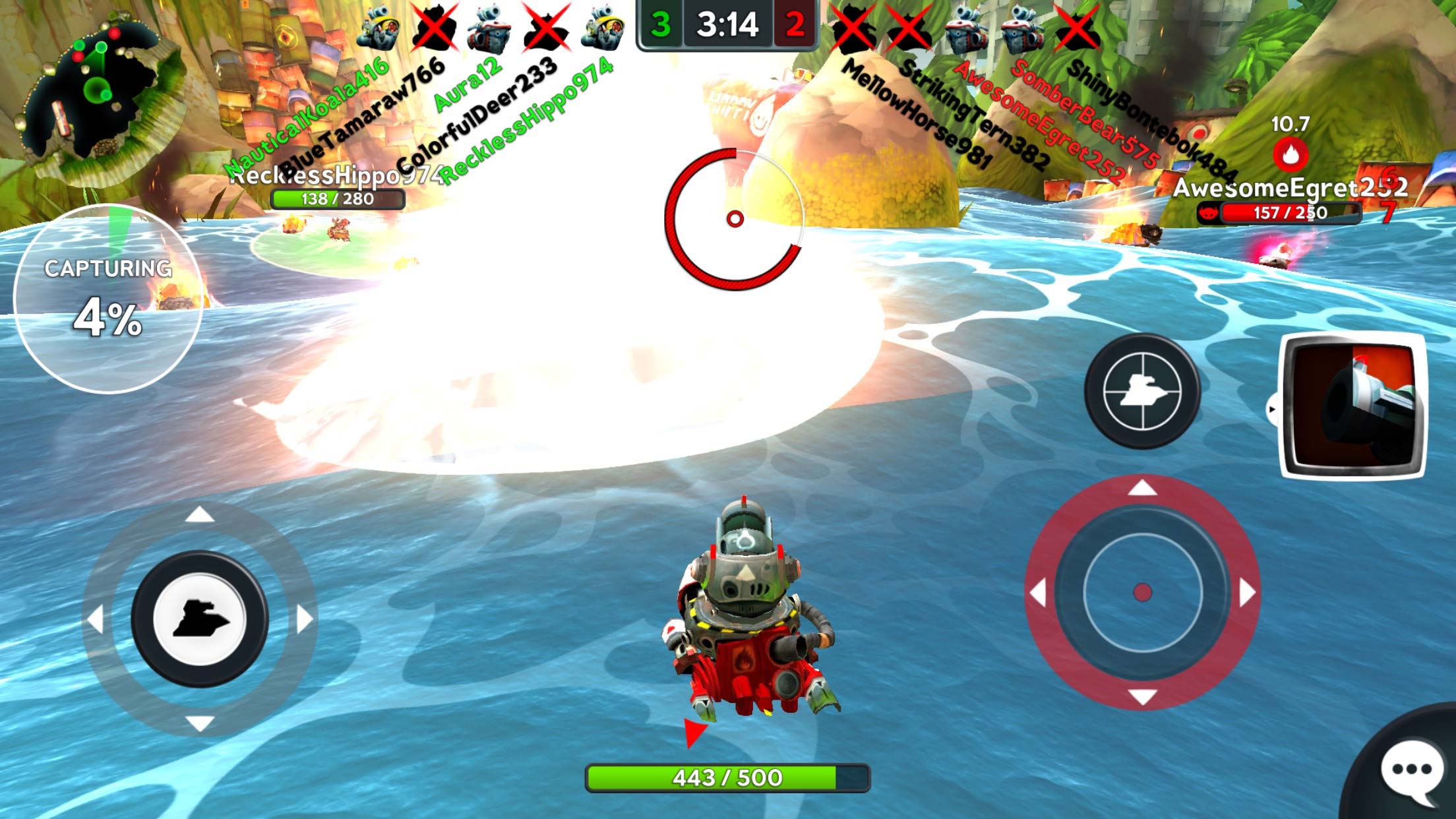 On a positive note, it seems like its possible to progress through the game without shelling out real-world cash for microtransactions, a requirement for any free-to-play title worth actually playing in today’s mobile gaming industry.

All in, Battle Bay is a well-constructed and visually impressive game. It’s unclear if it has the longevity to compete with mobile heavyweights like Clash of Clans or Candy Crush, but at least at the outset Rovio’s latest effort offering gameplay that’s unique to mobile as a platform.

Battle Bay is available for free on iOS and Android.