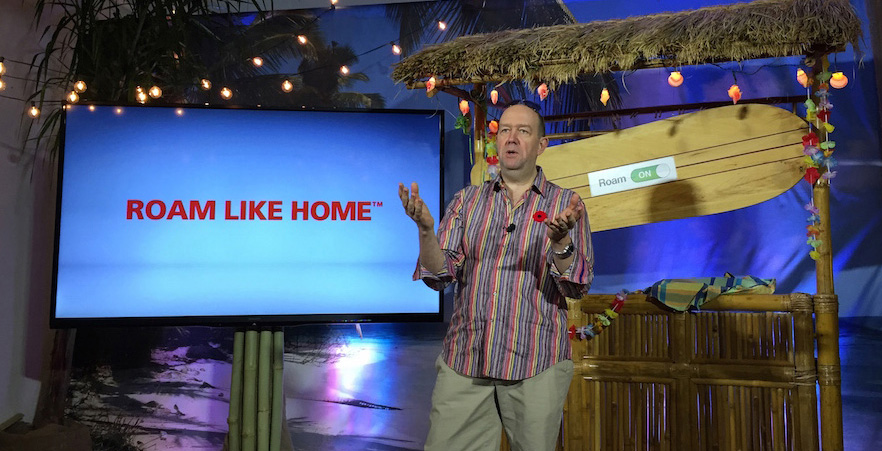 Three years into his tenure as CEO and President of Rogers, Guy Laurence abruptly resigned. The rumours are that a poor relationship with the Rogers family led to the resignation.

At the time, Edward Rogers, deputy chairman of Rogers Communications, said, “we have appreciated Guy’s leadership over the last three years. He has moved the company forward re-establishing growth, introducing innovative programs like Roam Like Home, while getting the company ready for its next phase of growth. On behalf of the Rogers family and the Board, I’d like to thank Guy for his competitive spirit and many contributions.”

However it went down, Laurence was out and former Telus CEO Joe Natale was named its new leader. Natale will officially join Rogers in July once his non-compete ends.

According to a new Management Information Circular filing by Rogers, Laurence received a massive payout for his services and early departure — specifically to the tune of $13,452,873 in what is being called “separation payments.” Of that, $7.6 million is related to the accelerated vesting of stock options and shares granted as part of a sign-on bonus in 2013 (and included in his 2013 pay totals in Rogers’ 2014 circular). $5.8 million is cash severance payment made in 2016 (part of his in-year compensation of $11.9 million). 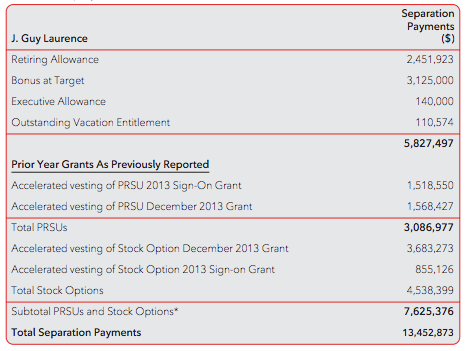 Rogers hired Laurence from Vodafone in 2013 and it’s unclear to his whereabouts as his LinkedIn page still says he is CEO of Rogers. However, Rogers did put in a clause in his contract that states “the Company will cover all relocation expenses up to a maximum of $100,000 should Mr. Laurence return to Europe within the 24 month period following his departure from the Company.”