Telus leads Rogers and Bell in network speeds, according to OpenSignal 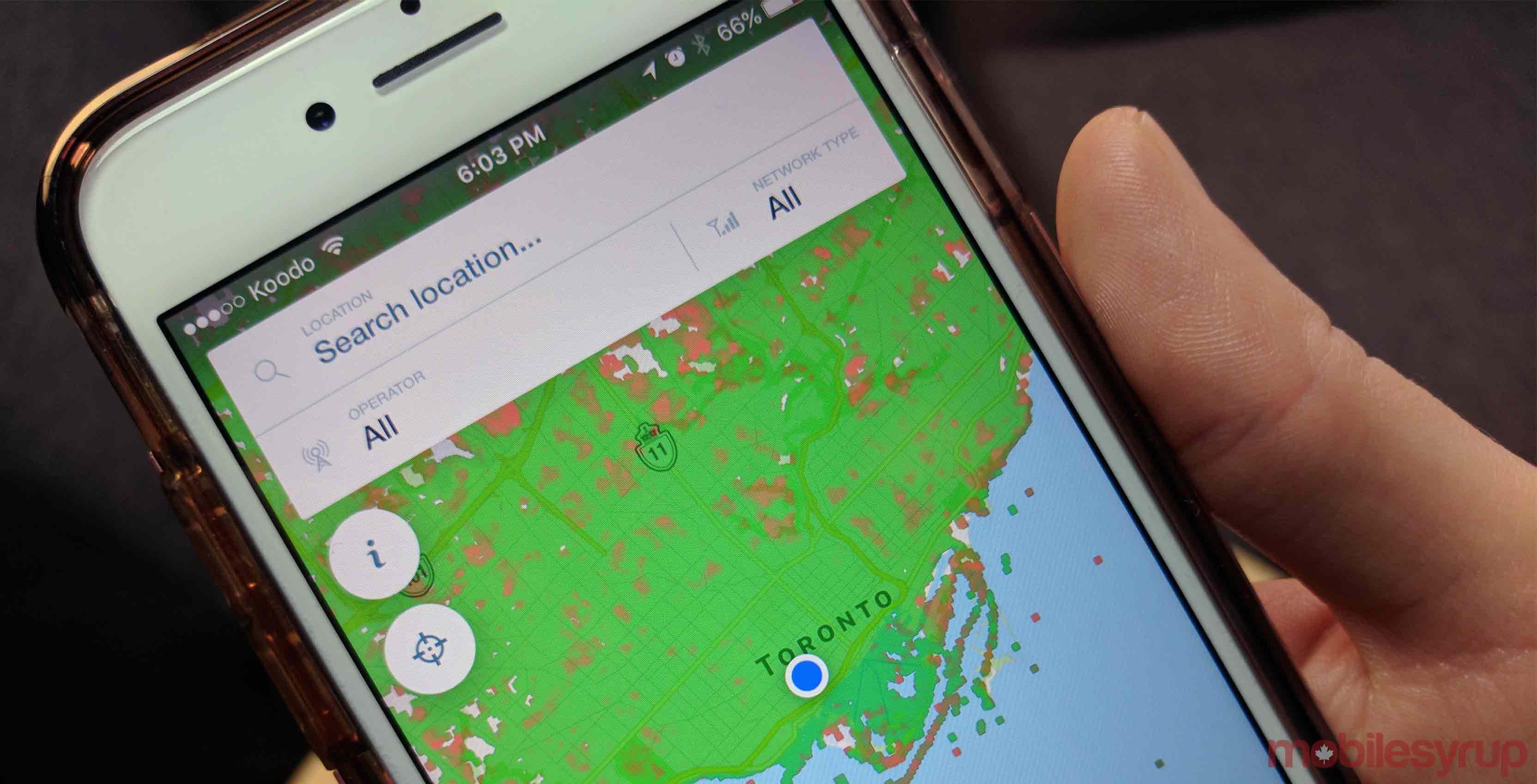 OpenSignal, the company behind the popular mobile speed testing app of the same name, has released its January 2017 Canadian State of Mobile Networks report, showing a neck-in-neck race for speed dominance between the Big Three, with Telus edging out the competition across a majority of metrics.

The company bases its results off of crowd-sourced testing from its app, compiling both user-initiated tests and tests that run in the background, which the company says provides less user bias. Its data sample size is a robust 289,240,795 tests in total, sourced from 15,272 app between October 1st and December 31st, 2016.

Carriers in a wireless Canada

OpenSignal’s results show that when it comes to LTE downloads, Bell and Telus “share the speed crown.”

The average LTE download speed measured for Telus’ network is 30.5Mbps, while Bell’s network measured 28.4Mbps. Due to “overlapping statistical margins,” however, OpenSignal ultimately counted this as a draw for the two competitors, which have a long-held infrastructure sharing agreement.

The tie between Bell and Telus was closer when it came to 3G speeds, with 6.3Mbps for Bell and 6.2Mbps for Telus.

In an overall download speed average, combining both 3G and 4G speeds, the Big Three remained close but Telus came out the winner with a 24.11Mbps speed, Bell second with 22.09Mbps and Rogers third with 21.25Mbps.

When it came to network reaction time, commonly known as latency, there was a clear winner between Bell and Telus. Winning both 3G and 4G latency match-ups, Telus scored 73.2ms and 43.6ms respectively.

In addition to these standard benchmarks for wireless network performance, OpenSignal adds another metric: availability.

Through constantly tracking networks in the background of its users’ smartphones, the company is able to reveal the percentage of time LTE subscribers have a 4G LTE connection available. In this, Rogers and Telus tied, with both networks offering customers an LTE connection 80 percent of the time, while Bell was not far off at 78 percent.

Freedom Mobile’s new LTE network and the networks of other smaller or regional carriers were not included in the results, presumably because OpenSignal aimed to paint a simplified picture of the three largest LTE networks in Canada.

For those who are interested in Freedom Mobile’s LTE network, however, MobileSyrup put together a (much smaller scale) network test of Freedom’s new LTE network in Toronto and will shortly do the same in Vancouver.

Canada in the wireless world

Canada’s Big Three networks all delivered average speeds significantly higher than last year’s measurements with the highest 4G download speeds reaching 30.5 Mbps on Telus’ network. Bell, however, is not far behind with download speeds of 28.4 Mbps. As the average 4G availability among Canada’s Big Three is approximately 80 percent, Canadians don’t have a problem getting a 4G signal the majority of the time.

While Canadians enjoy one of the most advanced and accessible line-ups of mobile networks in the world, they’re also known to pay some of the highest wireless subscriber fees in the world as well.

A report released by the CRTC last summer revealed that Canadians rank in the top three among the countries surveyed for the prices they pay on its wireless services, especially in comparison to the monthly fees paid by United States-based wireless customers.

It’s easiest to compare the country to its southern neighbour, whose residents pay notably less in monthly mobile and wireless fees to access a network that falls slightly below what Canadians have gotten used to.

While the United States’ carriers slightly outdo the likes of Rogers, Bell and Telus in terms of comprehensive coverage, Canada’s networks are still among the world’s most reliable when it comes to providing a consistent 4G or LTE signal.

In the last OpenSignal report issued in November, 2016, Canada narrowly made the top 20 for countries with the highest network availability at 95.71 percent compared to 75.42 percent availability nationwide. In comparison, the United States falls far below this rate at 78 percent. 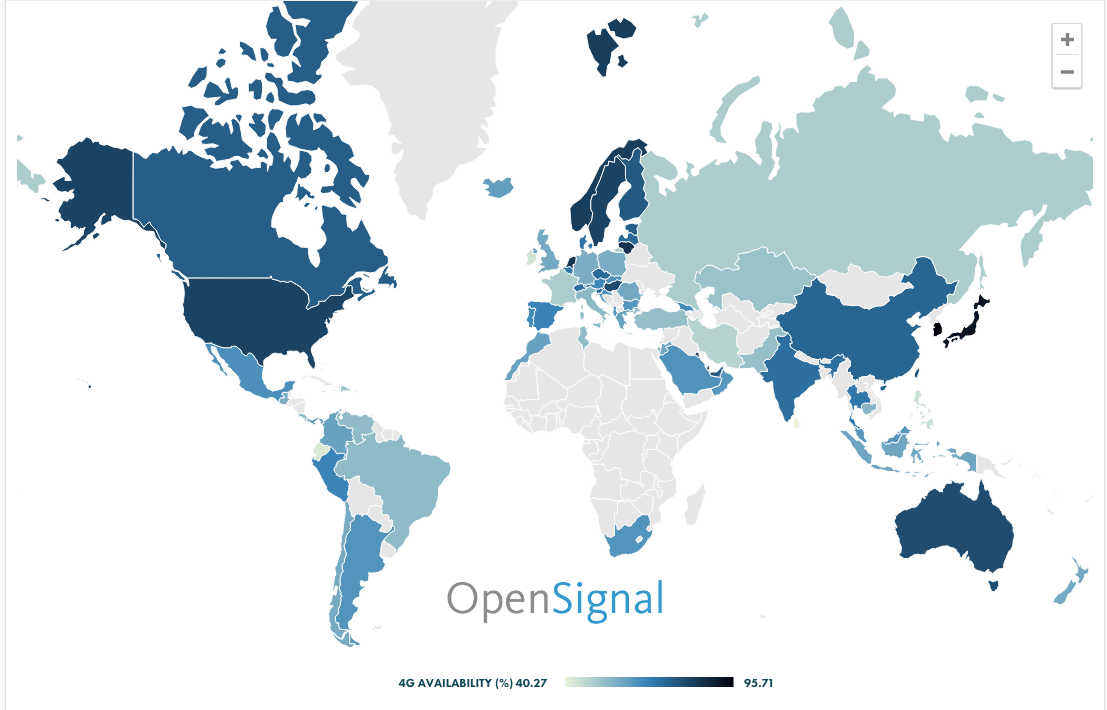 Overall however, despite lagging slightly behind American networks in terms of areal coverage, Rogers, Bell and Telus make up for it in performance, as the typical 4G connection in Canada is 26.6 Mbps, which is almost double the United States average.

Last year’s report suggested the possibility that Canadian carriers have such impressive — and evenly matched — networks due to their network sharing agreements. Telus and Bell share towers, while Rogers has gone a similar route with regional carriers such as Videotron in Quebec and MTS in Manitoba.

In addition, despite the fact that this report didn’t cover them in detail, it’s important not to discount Canada’s regional carriers. Competition in the Canadian telecom sector has often been criticized, as the Rogers, Bell and Telus tend to monopolize the marketplace.

All in all, Canada’s wireless networks continue to be competitive both with each other and on the global stage. The coming years could very likely usher in the development of 5G networks in Canada, which could enable the mass commercialization of technologies like virtual reality, the Internet of Things, machine learning and others.