Rogers says RCS is the ‘future of messaging,’ will come pre-installed on Android devices from 2018 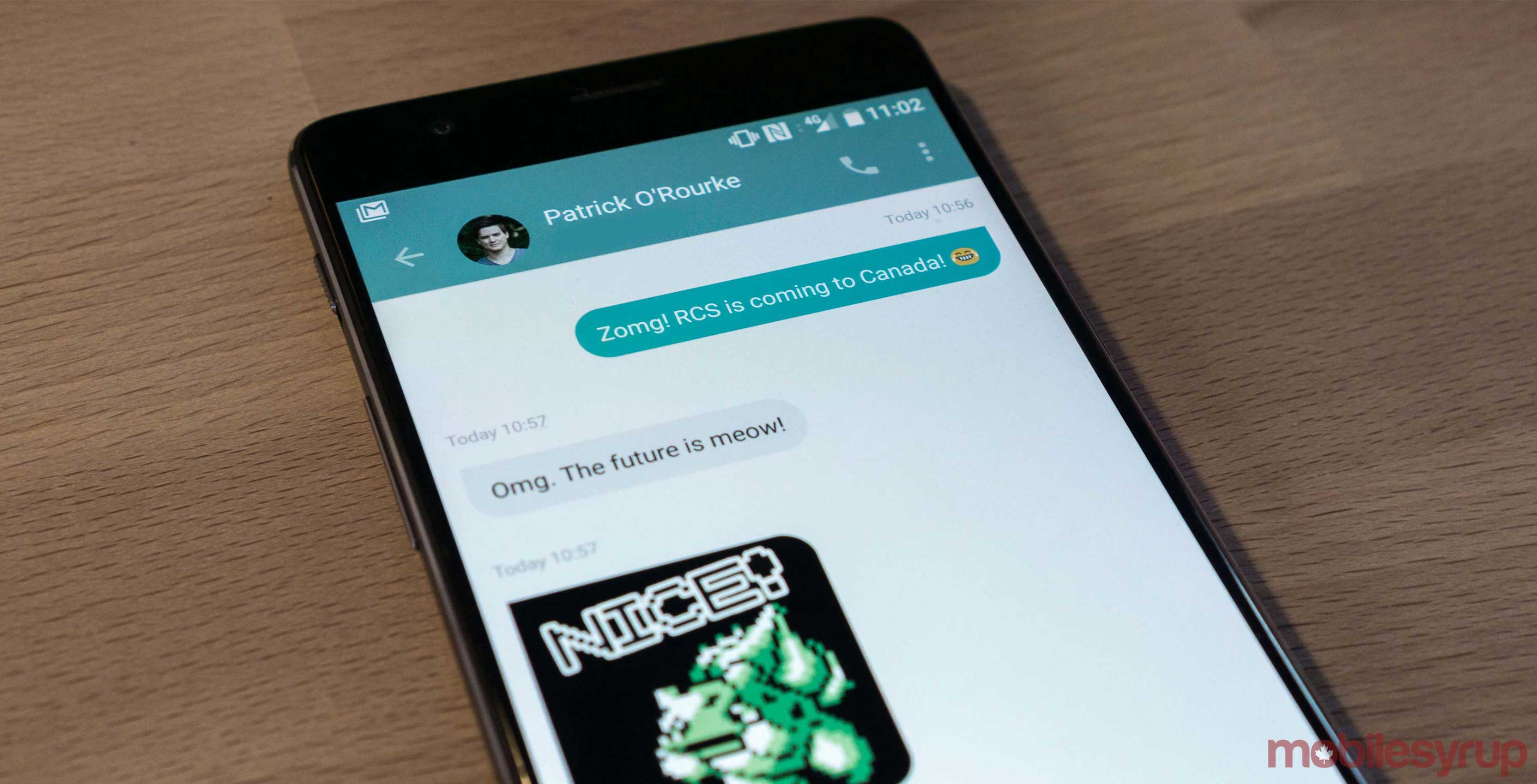 Rogers is calling the new Rich Communication Services (RCS) protocol the “future of messaging” and has detailed future plans for the platform in an interview with the GSM Association (GSMA), a global trade body for mobile operators.

“Android customers have been looking for a similar service to Apple’s iMessage, which didn’t exist until now,” states Leroy Williams, vice-president of marketing at Rogers in the interview. “We’re excited to be the first carrier in Canada to offer Rich Messaging on Rogers and Fido devices – we know our customers will enjoy the additional capabilities it offers them.”

“Android customers have been looking for a similar service to Apple’s iMessage, which didn’t exist until now.”

The carrier was the first in Canada to launch an Advanced Messaging service based on GSMA’s Universal Profile industry standard and the second worldwide after Sprint. GSMA’s article confirms that both carriers will pre-install the app on new Android devices as its default messaging app from next year. Williams also mentions the prospect of developing multi-platform functionality for RCS, which would further clone the iMessage experience.

“Alignment with the GSMA Universal Profile is key to adding enhancements in the future such as, voice recognition and using RCS on other Android devices that are linked to your phone (i.e. tablets and wearables),” says Williams. “Imagine your phone is charging on the nightstand and you are in another part of your home on your tablet, now you have the added benefit of sending and receiving messages from multiple Android devices.”

For now, Fido, Rogers and Sprint customers can only use RCS messaging with each other, but the platform is set to expand rapidly with Bell and Telus signing on as supporters of Universal Profile along with several major U.S. carriers.