Google has released Android distribution numbers for January, revealing a significant bump Android users operating with Nougat and the disappearance of Android 2.2 Froyo, falling below the 0.1 percent line that it managed to hit during the previous cycle.

Nougat, meanwhile, has been gaining at a relatively healthy pace. Version 7.0 and 7.1 combine to grab 0.7 percent of the overall pie, almost double last month’s 0.4 percent. Breaking down that number, 7.0 is being used 0.5 percent of Android users while 7.1 has the remaining 0.2 percent. Next month’s Nougat percentage will likely gain a significant boost with the expected arrival of 7.0 for Samsung’s Galaxy S7 and S7 edge. 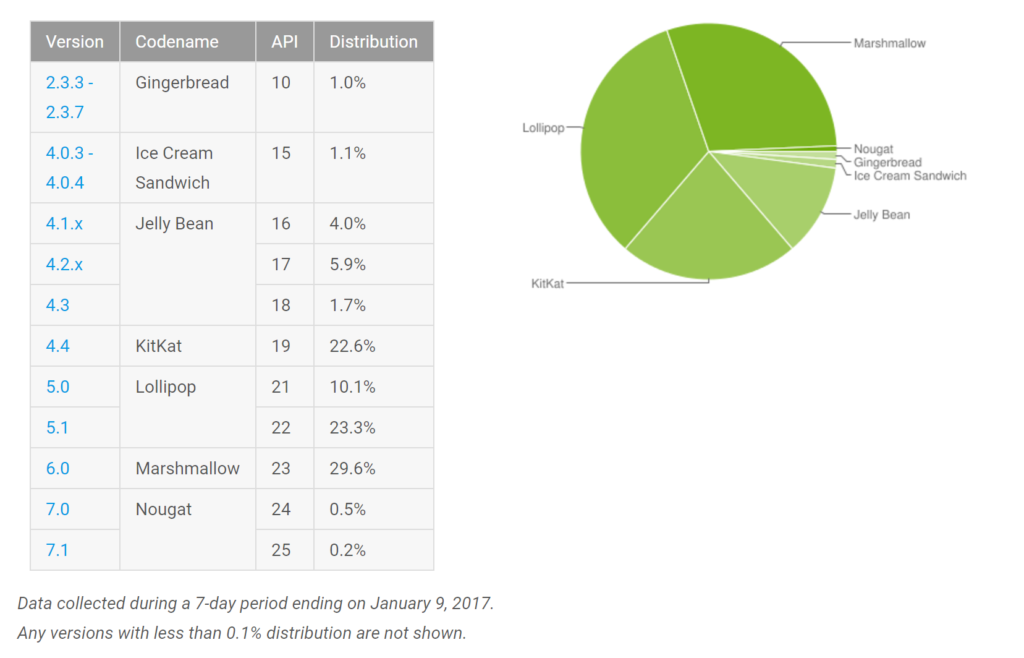 The single most used version of Android remains Marshmallow, however, which gained 3.3 percentage points to climb to a total of 29.6 percent of the user base. Cumulatively, Lollipop’s two versions are still higher by a large margin at 33.4 percent.

The distribution data is based on Android devices that accessed the Play Store in a seven-day period ending January 9th.